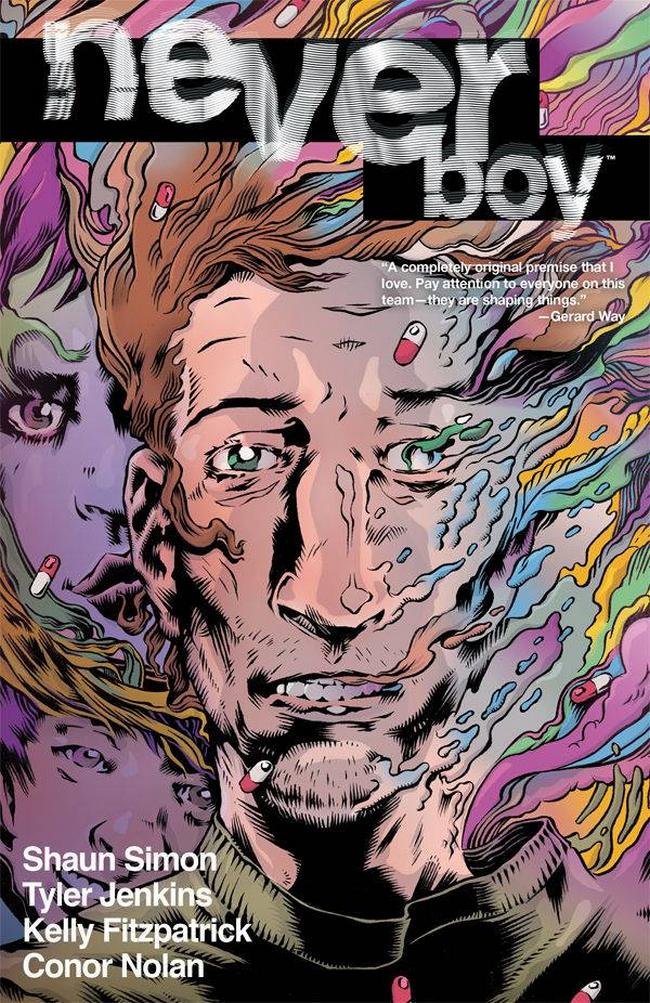 Neverboy, a former imaginary friend, wants the real world. Julian Drag, a struggling artist, wants the imaginary. When these two meet, the real and the imaginary worlds collide in chaos. Julian and Neverboy, the dreamer and the dream, will have to face who they are in order to put things right again. Collects Neverboy #1-#6.

WHY TO WATCH FOR IT: Ever since his work on “Peter Panzerfaust,” I’ve been a big fan of Tyler Jenkins and his aesthetic. This is one of those comic stories that benefits from being told in a collected format rather than in individual, monthly issues. Without giving much away, readers can expect a lot of introspection, exposition, and a bit of self-discovery in the process neatly wrapped in what seems like your typical, tortured and pretentious artist with the embellishments of the imagination. 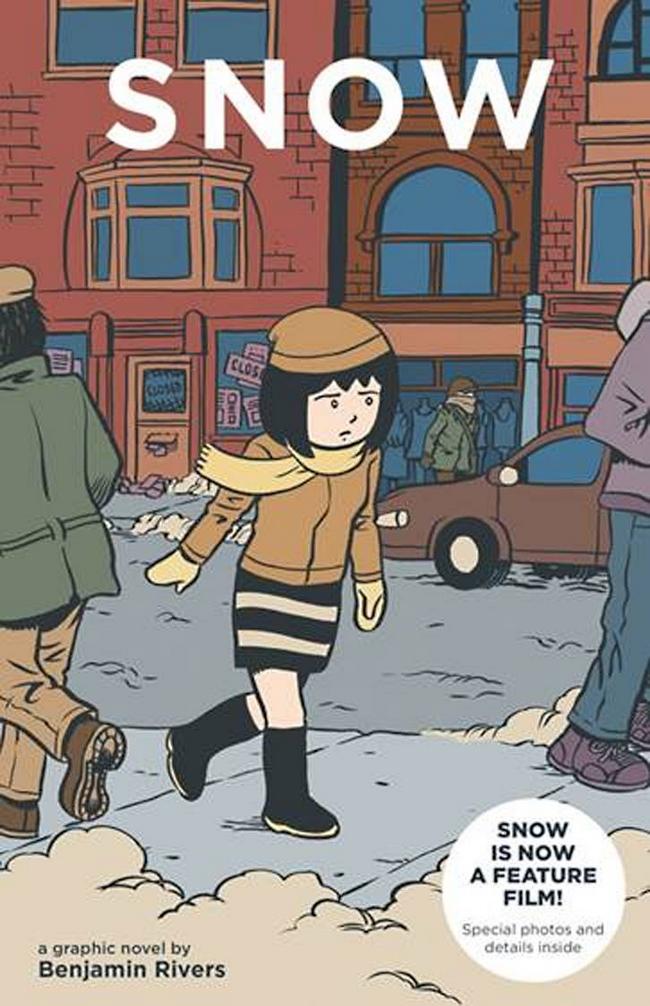 Snow is a Joe Shuster Award-nominated graphic novel about Dana, a serious young twenty-something dealing with serious changes to her downtown Toronto neighborhood. Its clean, black-and-white art highlights the book’s dramatic story of personal growth and change, as Dana deals with both losing her job and her obsession with a local tragedy. This complete edition includes a glossy insert featuring stills from the prize-winning film adaptation, as well as bonus content to invite readers further into the (real life) world of Snow.

WHY TO WATCH FOR IT: This is a very pragmatic and practical story that plays a bit into my own misanthropy, insecurities, and pessimism. Being a Canadian comic book will quickly draw allusions to “Scott Pilgrim” but aside from the share geographic location, there are no other similarities. What “Snow” does have going for it is Benjamin River’s clean and minimalist art style and ambitious honesty. If you’ve enjoy it, there’s a short film and a video game that can supplement your experience. 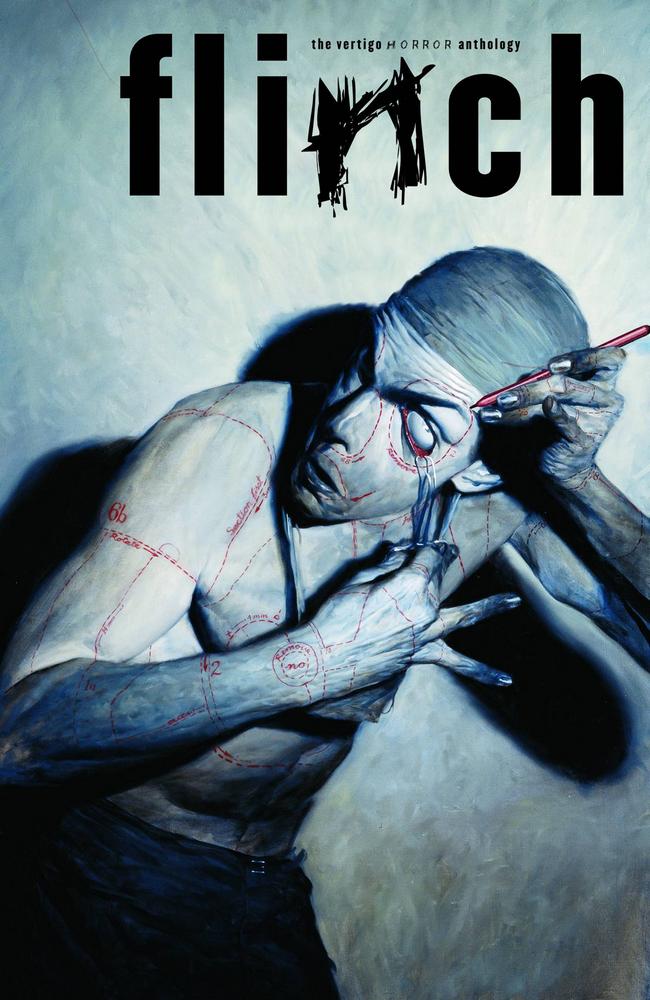 The first eight issues of Vertigo’s quirky, star-studded horror anthology is collected for the first time! These stories spotlight a small-town cult, a violent gang of senior citizens, the deadly results of creating a home-made rocket pack, and much more.

WHY TO WATCH FOR IT: “Flinch” was a strangely fantastic horror anthology that came out back in 1999. There are an incredible amount of talented creators featured in this collection, and horror anthologies in comic book form are some of my favorite ways to enjoy them. With more spectacular stories and art from creator for volumes to follow, this is a must buy for horror fans that might’ve missed out on it after the nineties fizzled. 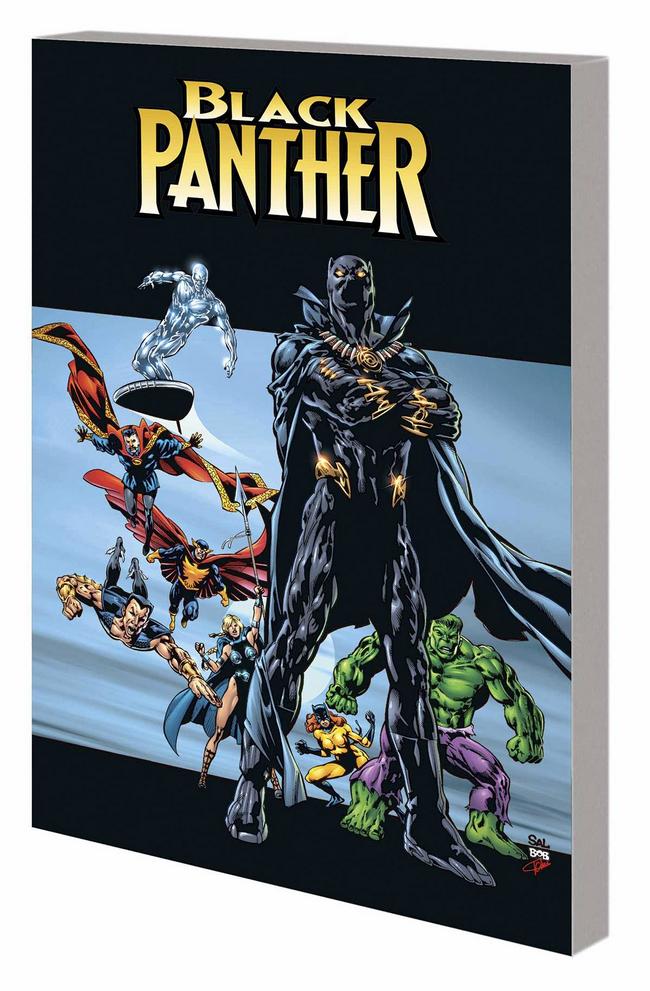 When T’Challa falls to the one foe he’s never beaten, Killmonger earns the right to become the new Black Panther! Now, only Everett K. Ross can save T’Challa’s life – okay, Ross plus Moon Knight, Brother Voodoo and the Panther God! Still suffering, the deposed Wakandan leader finds himself caught in a cat trap with the Avengers and…Deadpool?! Storm of the X-Men offers comfort as Wakanda finds itself on the verge of war with Lemuria and Atlantis – and Klaw, Malice and Man-Ape threaten to destroy the African Avenger once and for all! Plus: Ross spends a day in Mephisto’s metaphorical shoes, and Captain America recounts his never-before-revealed wartime meeting with the former Black Panther, T’Chaka! Super heroics meet geopolitics as only Priest can mix them! Collecting BLACK PANTHER (1998) #18-35 and DEADPOOL (1997) #44.
Rated T+

WHY TO WATCH FOR IT: Marvel is ready to capitalize on speculation and curiosity for Black Panther after his recent appearance in the “Captain America: Civil War” movie trailer. For the second volume of Christopher Priest’s run, he ups the ante on complicating T’Challa’s many interests and hobbies, while still delivering some of the sensational superheroism that we expect from Marvel. 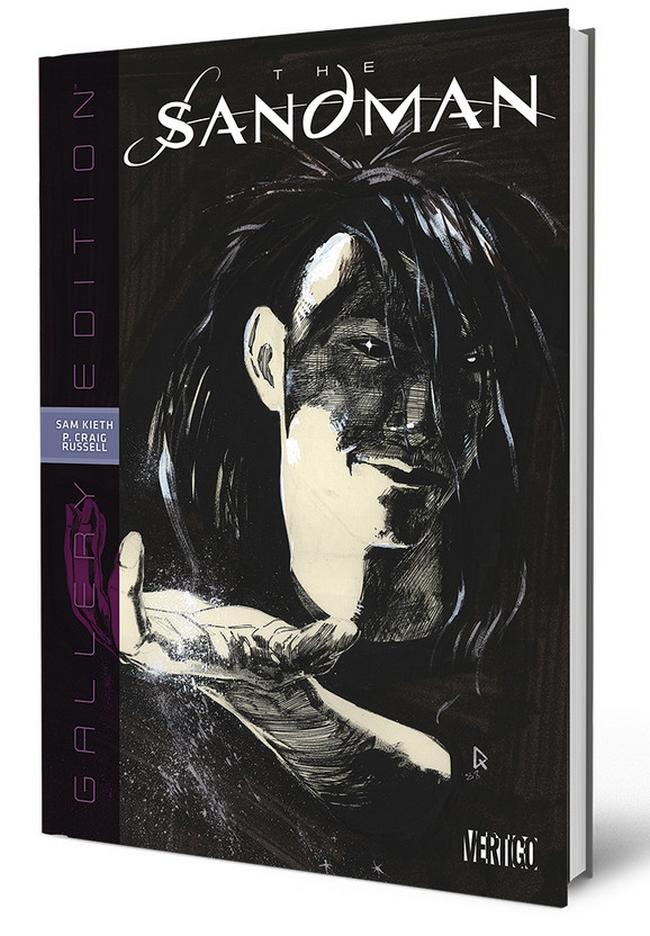 THE SANDMAN GALLERY EDITION: FEATURING THE ART OF SAM KIETH, P. CRAIG RUSSELL & MORE
The original art that brought to comics life the writings of Neil Gaiman are collected together in THE SANDMAN Gallery Edition.
In addition to artwork by Sam Kieth from THE SANDMAN #1 and P. Craig Russell’s THE SANDMAN: THE DREAM HUNTERS includes pages from THE SANDMAN #2-75, the six-page story “Death: A Winter’s Tale” of the premiere talents in comics.
This 272 page, 13″ x 20″ deluxe, Smythesewn hardcover volume is printed at 200 line-screen on heavy paper-stock replicating the original art experience. Never before has artwork by so many different top talents in comics been seen in this format.

WHY TO WATCH FOR IT: The art of Sandman is jaw-droppingly gorgeous and a must own for fans. “Nuff said.” 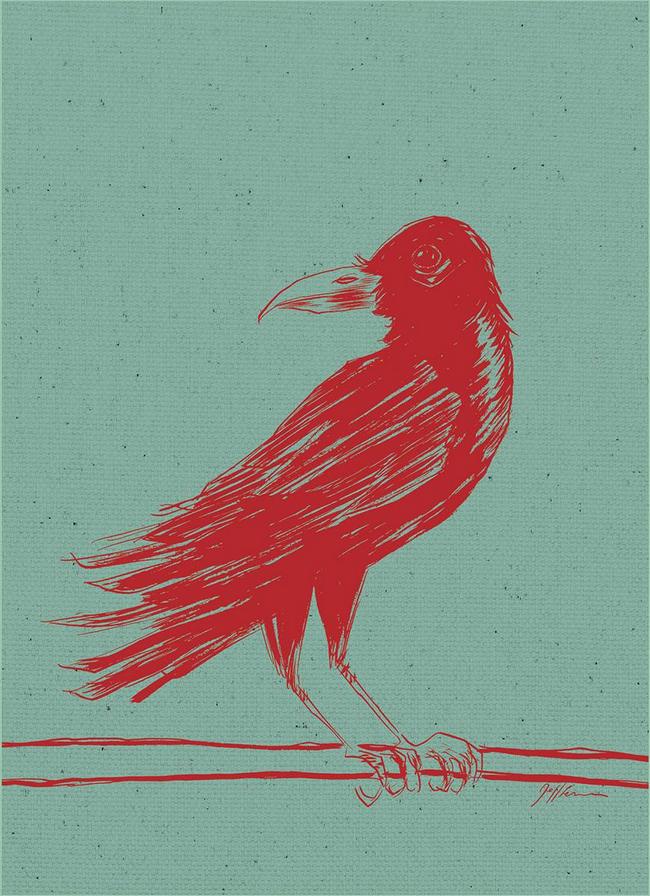 By popular demand, Top Shelf celebrates the award-winning masterpiece that made Jeff Lemire a household name! Set in an imaginary version of the author’s hometown, ESSEX COUNTY is an intimate study of an eccentric farming community, and a tender meditation on family, memory, grief, secrets, reconciliation – and hockey. With his lush, expressive inking, Lemire draws us in and sets us free. This elegant foil-stamped slipcase edition features an exclusive letterpress bookplate signed & numbered by the author and is limited to 500 copies worldwide.

WHY TO WATCH FOR IT: I loved Jeff Lemire’s Essex Country, and it’s a standing reference and testament to Lemire’s ability to tell powerful stories that play on your heartstrings. His art style is completely his own, and Lemire has a knack for pacing and allowing the silence of panels to say much more than you would expect for his stories. What is noteworthy of this edition is the impressionable slipcase cover, the signed bookplate, and the fact that only 500 of these versions are available.