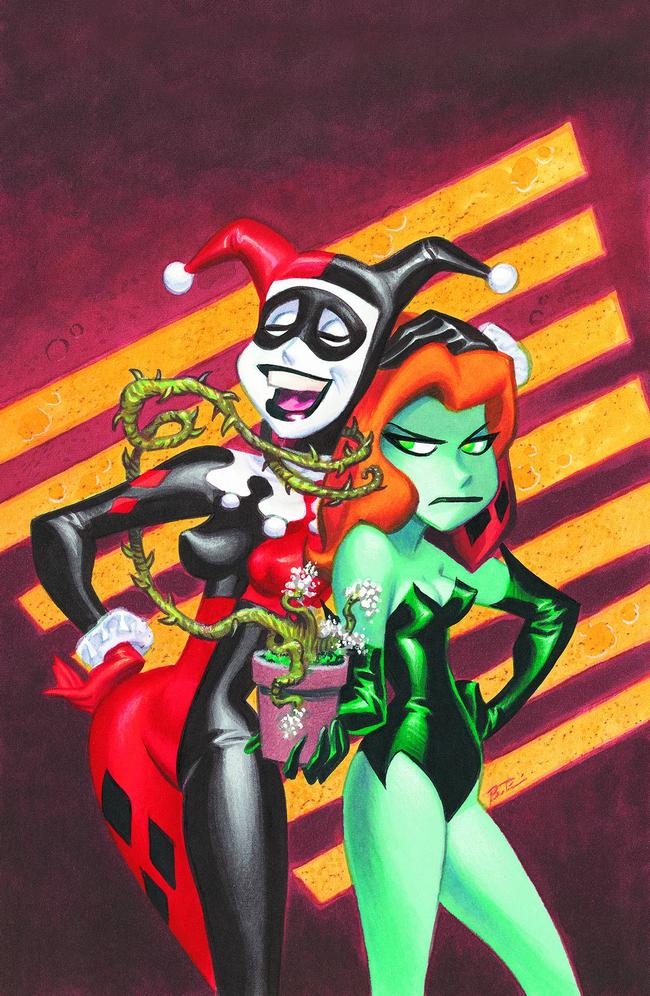 Welcome back my fellow TRADE WAITERS! It’s another Monday, which means another look at the week’s hottest trade paperbacks, collected editions, and graphic novels in this edition of “Trade Waiting” – your weekly spotlight of five noteworthy comic book collections that are being released this coming Wednesday and why you should watch out for them! 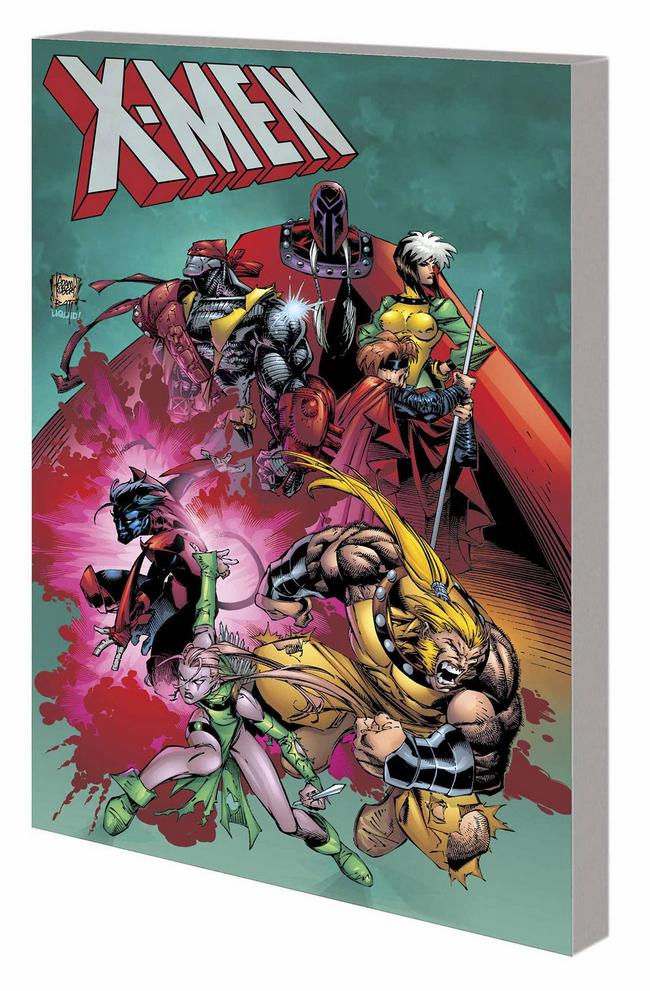 The secret past of the Age of Apocalypse is revealed as we revisit the early days of En Sabah Nur’s rule! Magneto’s X-Men will never be the same after Weapon X joins the team. New recruit Rogue will attract the master of magnetism — but will Gambit get in the way? Meanwhile, Cyclops and Havok face an unhappy family reunion, and Blink gets into the zone — the Negative Zone! Colossus grows weary of battle, Sabretooth switches sides and Logan meets Mariko Yashida! Plus: Flash back to the early days of Nate Grey, the X-Man — and join the AoA refugee years later (or is it years earlier?) as he returns to his nightmarish home! Collecting X-MEN CHRONICLES #1-2, TALES FROM THE AGE OF APOCALYPSE #1-2, X-MAN #1, BLINK #1-4 and material from X-MEN: AGE OF APOCALYPSE ONE-SHOT and X-MAN ANNUAL ’96.
Rated T

WHY TO WATCH FOR IT: Age of Apocalypse was one of my favorite alternate timeline sagas that ever graced the pages of Marvel during the 90’s (X-Cutioners Song and X-tinction are up there too). It is no wonder that with the X-Men: Apocalypse movie gathering a lot of interest, that Marvel would piggy back on movie fans with a comic book curiosity on the character. I’m probably one of the few people that actually enjoys delving into the legacy of the X-Men’s first family, the Summers, and there are gobs of it present here. Don’t forget the paradoxical, prodigal son of Nate Grey –a juxtaposition of what could have been had Cable not been infected with the technovirus. It was always great to witness Nate Grey’s early days as I argued with friends whether he could best Franklin Richards as Marvel’s premiere child mutant. Did I also mention dystopian future featuring Apocalypse? It’s your typical 90’s fan fare, that unapologetically relishes in X-men mutant drama and action.

From Paul Dini and Bruce Timm, the masterminds behind the critically acclaimed Batman: The Animated Series, comes this early adventure of Harley Quinn and Poison Ivy, packed with hilarious hijinx and tons of action! Harley and Ivy want to take down the Batman once and for all, but first, Harley’s got to prove that she has what it takes to make it as a bona fide villain in Gotham City. This new hardcover also includes tales from BATMAN ADVENTURES HOLIDAY SPECIAL #1, BATMAN: GOTHAM KNIGHT #14, BATMAN AND ROBIN ADVENTURES #8, BATMAN ADVENTURES ANNUAL #1, BATMAN ADVENTURES #1 and BATMAN BLACK AND WHITE #3, all featuring Harley Quinn!

WHY TO WATCH FOR IT: Paul Dini and Bruce Timm are the legendary creators responsible for Harley Quinn and the highly acclaimed Batman: The Animated Series. Unfortunately, there are many Harley Quinn fans out there that are simply unaware of her beginnings in the Batman: The Animated Series, and simply know her by the hair-colored, overtly sexualized, hyper-violent version that she’s portrayed as in video games and the New52. This collection is a cherry picked selection of charming issues that highlight the delightful villain that I became so fond of, and her elastic partnership with the queen of green, Poison Ivy. 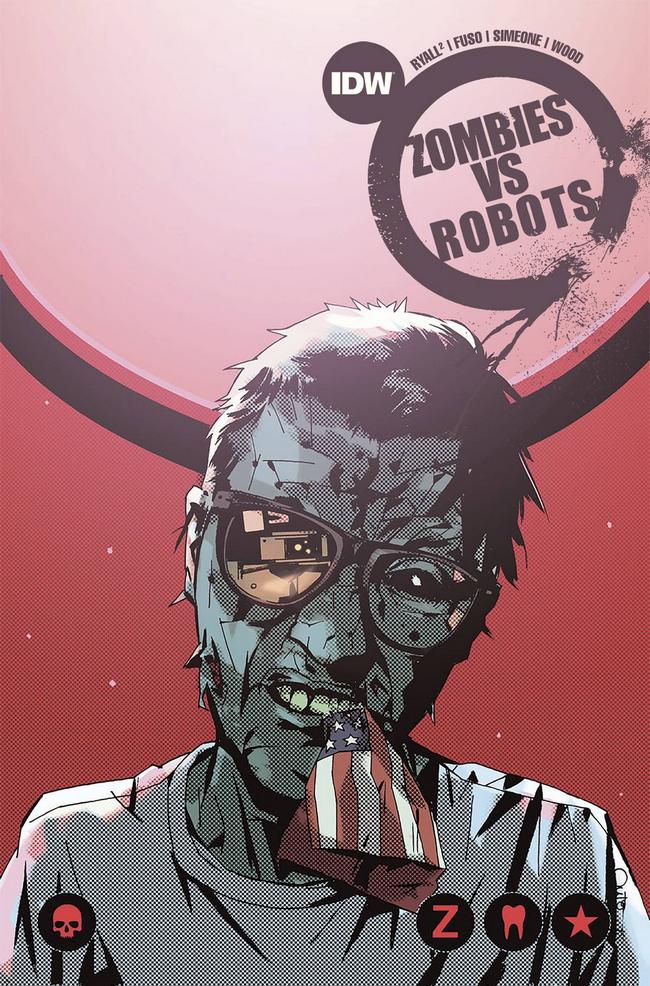 In this second collection of the ongoing Zombies vs Robots, co-creator Chris Ryall is joined by artists Paul Davidson (Judge Dredd) and Antonio Fuso (Drive) in this latest ZvR collection in stories that expand the battle from the Earth to the moon and back. Also featuring Ryall and Ashley Wood’s “Tales of ZvR” strips, a bonus story by Lucy Ryall and Nico Peña, a prose story by Nancy Collins, and a complete cover gallery. Collects issues #7-10.

WHY TO WATCH FOR IT: If there’s a campy horror side to you look myself, than look no further than “Zombies vs Robots!” While there seems to be nothing left to the imagination, fans of the genre will discover that the artists and writers treat their stories with the utmost sincerity and dedication that you cannot help but appreciate. You do get a visual treat of gratuitous violence and action, but don’t be surprised if you morality becomes challenged a bit as well. 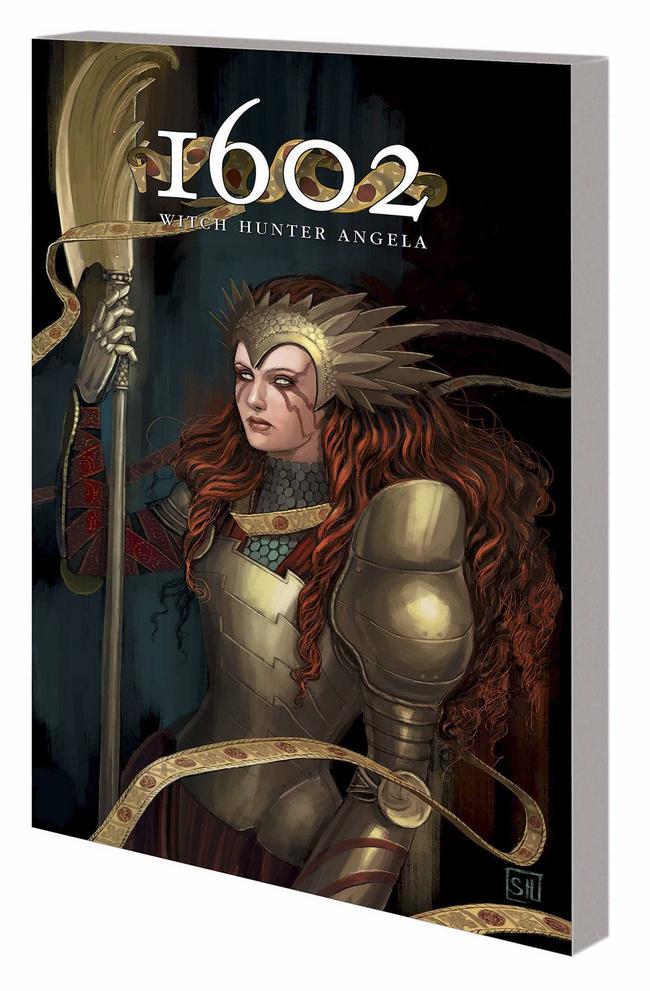 In one of the most magical realms on Battleworld, Angela and Sera are Witch Hunters — the scourges of King James’ England, just as it stood in 1602. But their target now is a new breed of evil: the power-bargaining Faustians! The Faustians have made their deal not with the Devil, but with the ever-seductive Enchantress — and that may be just as deadly. Have your psychic ribbons and lethal weapons at the ready, for the hunt is on! But beware a land where the dead walk, the faerie folk flutter and a ragtag band of ne’er-do-wells perform for your entertainment — that’s right, it’s the Guardians of the Galaxy, 17th-century style! Plus: Revisit the early dawn of the Marvel Universe in the first issue of Neil Gaiman’s original classic 1602! Collecting 1602 WITCH HUNTER ANGELA #1-4 and 1602 #1.
Rated T+

WHY TO WATCH FOR IT: Neil Gaiman’s original 1602 universe wasn’t necessarily the best iteration of stories that I’ve come across with in the past, but I’m a sucker for alternate versions and story postulations for existing characters. As a comic book enthusiast, I naturally gravitate to Elseworlds and What If’s and the non-cannonical. Here, the world has come full circle as Neil Gaiman’s own creation, Angela, visits the 1602 universe. In this collection you are presented with all the fun anecdotal correctness of the time period, but you also get a strikingly fun and engaging stories as well. 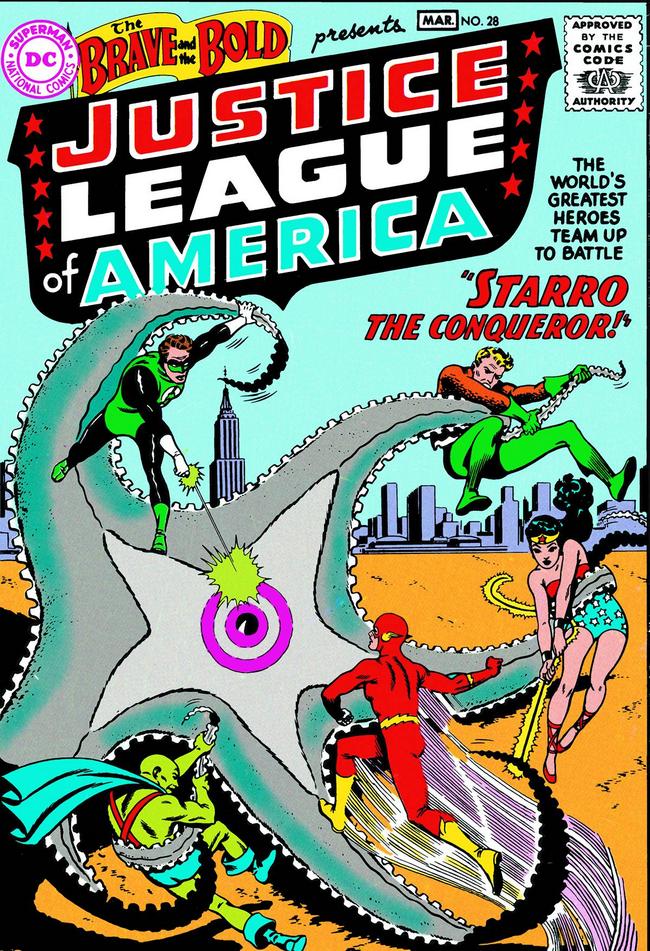 WHY TO WATCH FOR IT: Some of the most seminal work of the comic book industry is presented here in this first volume of the Justice League of America. This is old fashioned super hero comics at it’s absolute best! I can’t stress enough how awesome it is for fans that this collection is available and collected. Legends like Gardner Fox, Dennis O’Neil, Len Wein, Steve Englehart, Gerry Conway, are worth the price of admission alone. As an Adam Strange fan, the inclusion of Mystery In Space #75 in the collection makes me jump with glee. Even if Silver Age comic book storytelling isn’t necessarily your kind of comic book, it’s worth having these issues for encyclopedic reference alone!