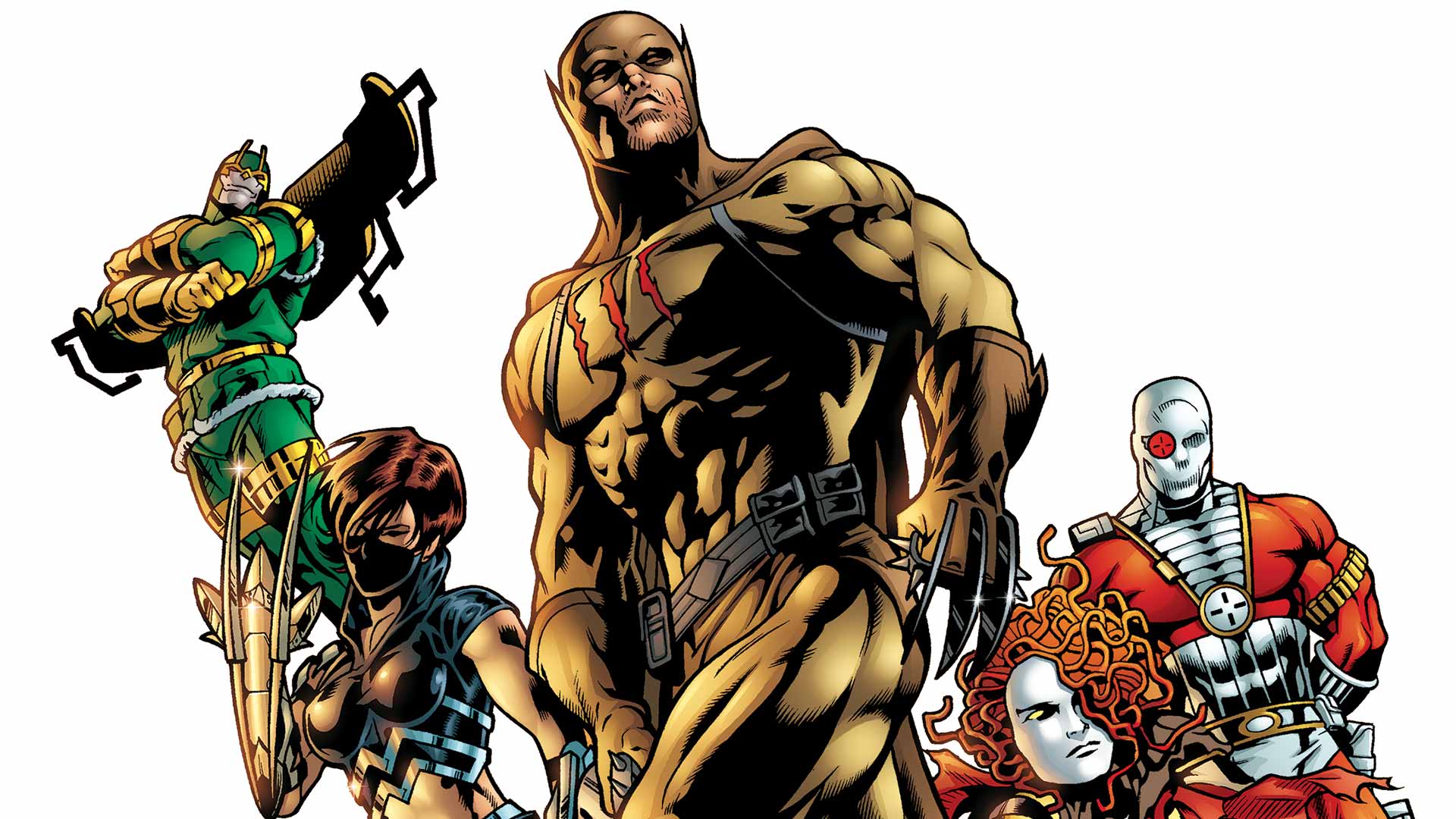 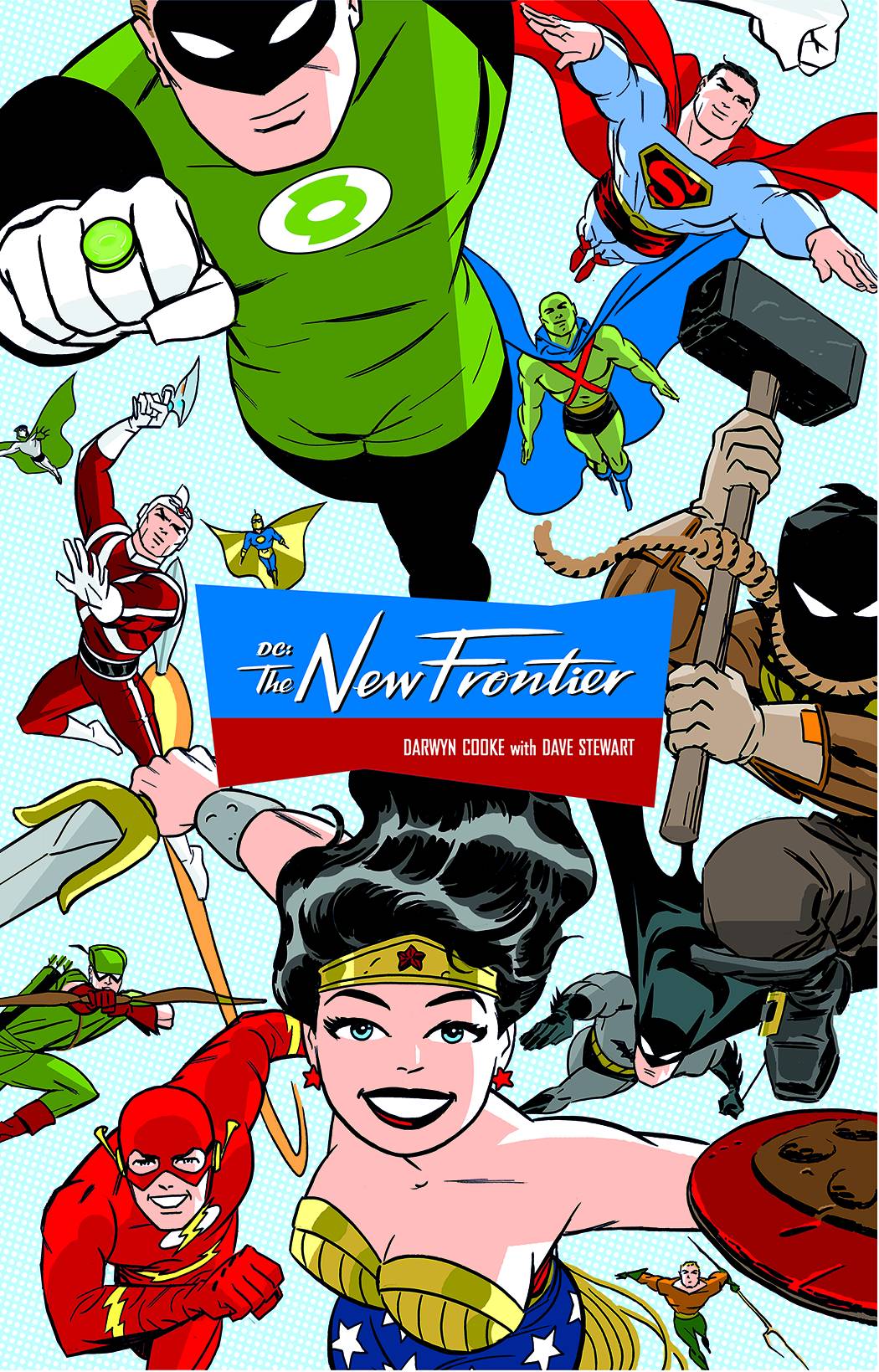 Darwyn Cooke’s acclaimed take on the Silver Age heroes of DC Comics is back in a new hardcover collecting the 6-issue miniseries plus, for the first time, JUSTICE LEAGUE: THE NEW FRONTIER SPECIAL #1! When Cold War paranoia outlawed the heroes of the Golden Age, stalwarts such as Batman, Superman and Wonder Woman continued to fight for truth and justice. But as the world hurtled toward an uncertain future, a new breed of hero would define the American Way!

WHY TO WATCH FOR IT:Darwyn Cooke is a master artist and storyteller and having him present his version of how the Silver Age heroes of the DC Universe assumed the mantle of heroism that they embody today is incredible. I’ve been waiting for a complete, hardcover edition like this to feast my eyes upon and this is an ABSOLUTE, MUST READ for any DC fan. 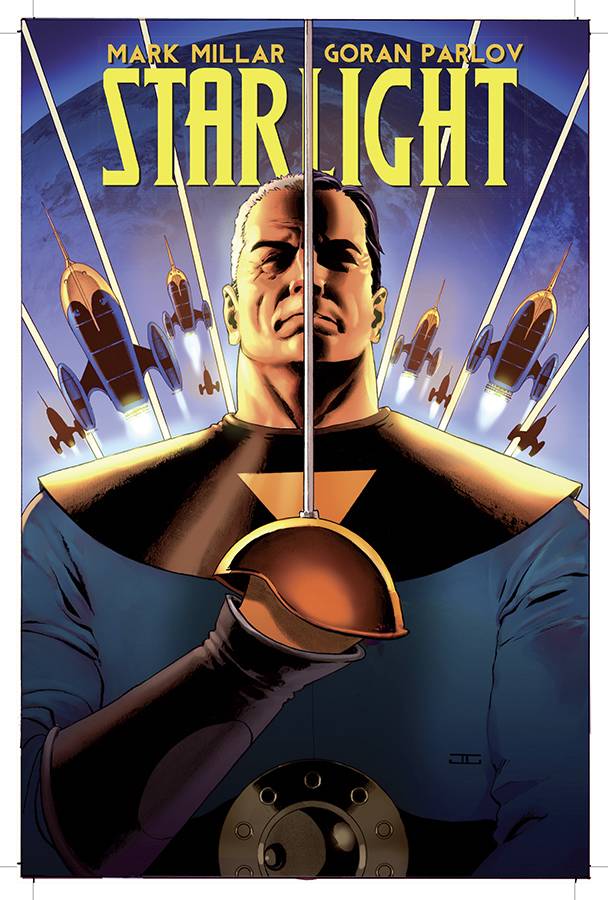 Forty years ago, Duke McQueen was the space hero who saved the universe. But then he came back home, got married, had kids, and grew old. Now his children have left and his wife has passed away, leaving him alone with nothing except his memories…until a call comes from a distant world asking him back for his final and greatest adventure.

WHY TO WATCH FOR IT: Mark Millar is great at writing pulpy action stories that not only engage the readers, but also provide heart. Couple his abilities with a highly talented artist like Goran Parlov, and you have an incredibly well-paced story of vindication and nostalgia that gets your adrenaline pumping and your heartstrings pulled. 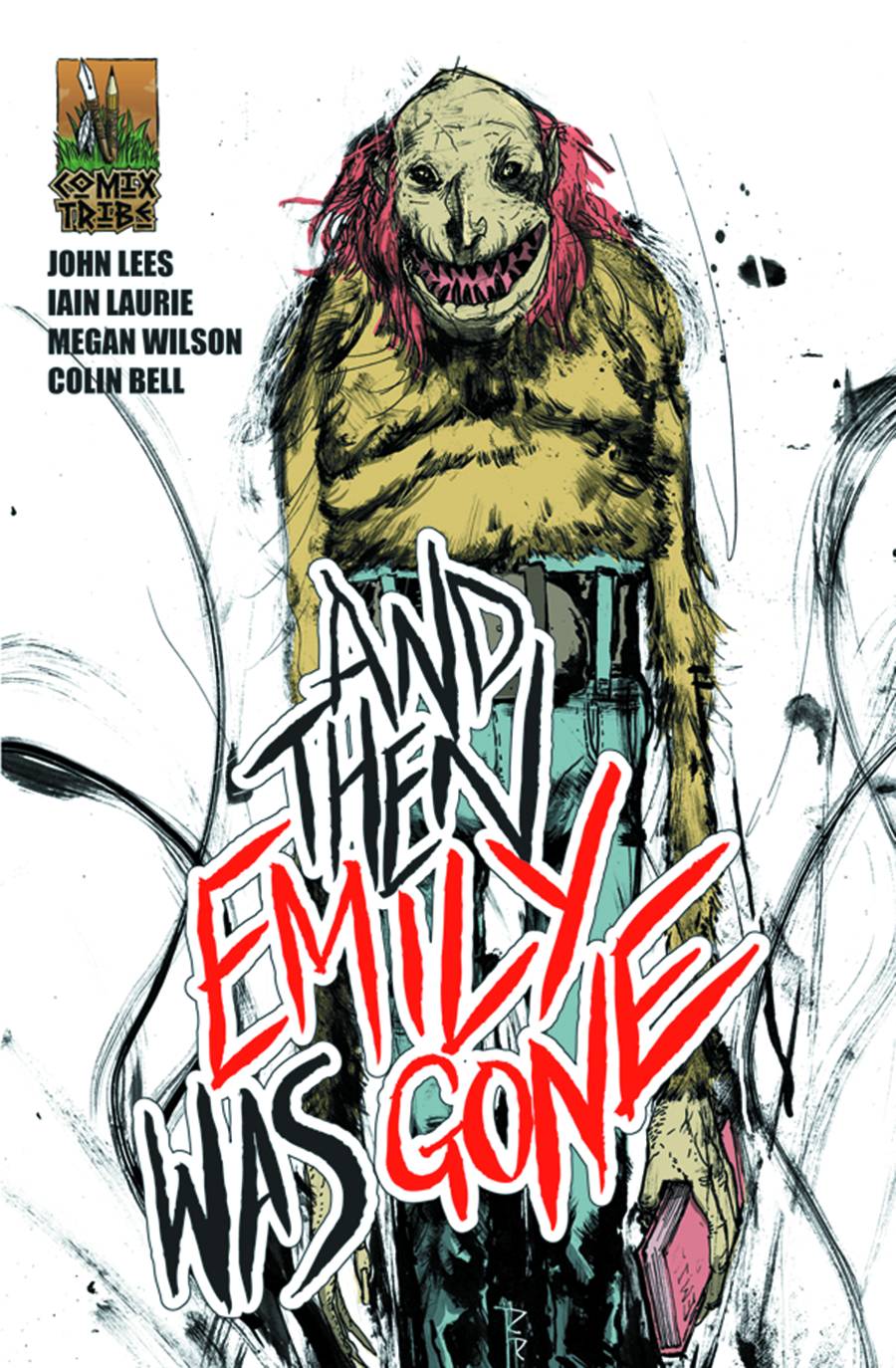 AND THEN EMILY WAS GONE VOLUME 1 GN VOL 01
Written by John Lees
Art by Iain Laurie
Published by COMIXTRIBE
Price: $17.99

A haunted former police detective goes in search of a missing girl, and finds Hell instead. And Then Emily Was Gone is a dark horror-mystery that tells the story of Greg Hellinger, a man who sees monsters. A former detective driven to the brink of madness by terrifying apparitions, Hellinger is tasked with finding a missing girl named Emily. His search takes him to a remote community in the Orkney Islands of Scotland, where strange and terrible things are happening.

WHY TO WATCH FOR IT: One of the creepiest and eeriest comics, I’ve read in quite a while. Writer John Lees crafts a deranged tale while artist Iain Laurie renders even more deranged visuals to accompany them. If you are looking for dark suspense, thrills, and something off the beaten path, pick up this series and enjoy! 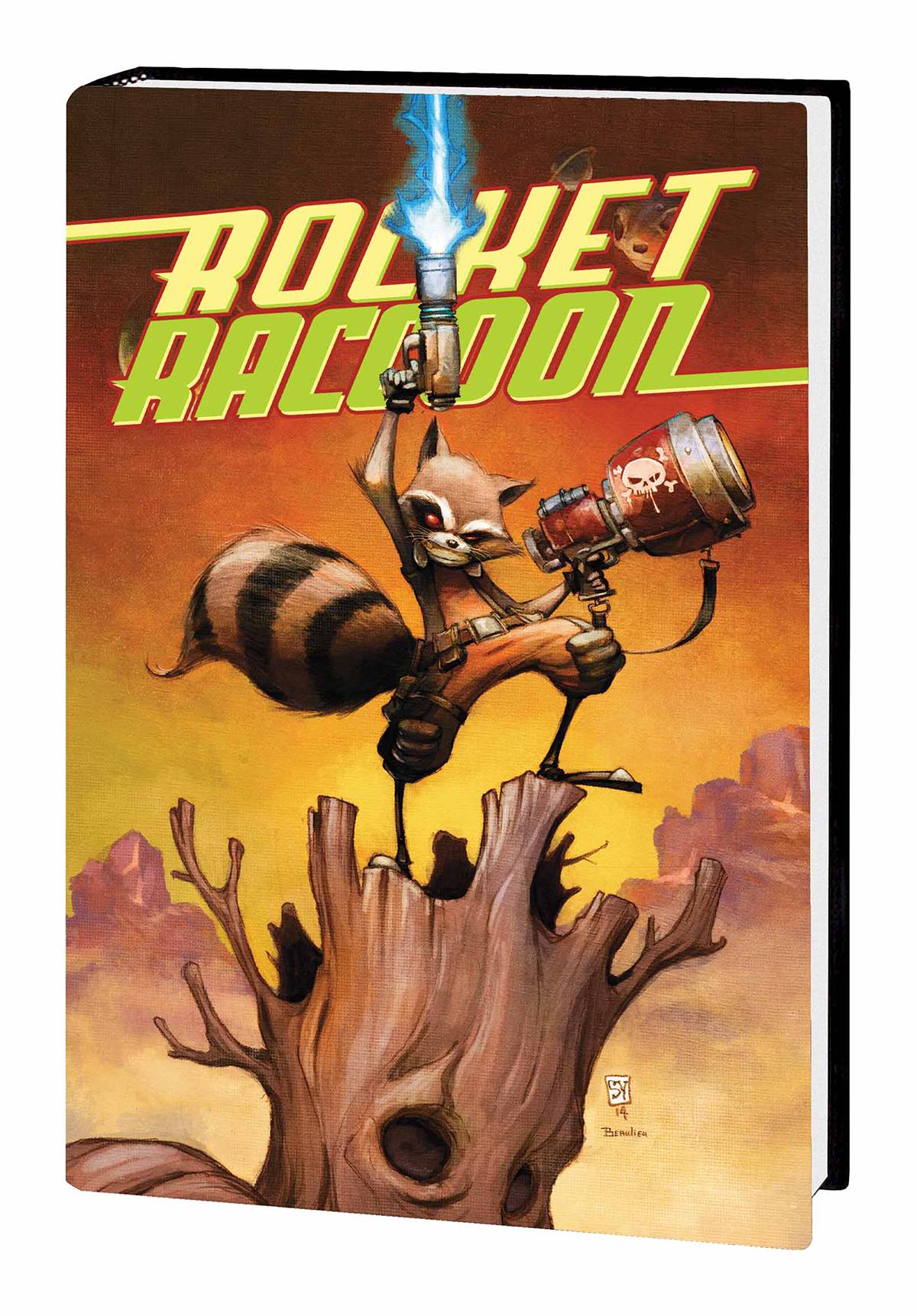 Rocket Raccoon has been a hero to the weak, a champion of good, a heartthrob to many intergalactic females – but his high-flying life of adventure may be a thing of the past when he’s framed for murder – and the authorities aren’t the only ones on his tail! (Get it?) The real killer is an imposter who seems to be one step ahead of Rocket at every turn; now, it’s up to our hero and his best pal, Groot, to find the truth! With Macho Gomez and the Ex-Terminators tracking him, can Rocket make it out alive and clear his name? Superstar creator Skottie Young brings his A-game as writer and artist on the series we’ve been waiting decades for. Because really, Rocket and Groot are the only Guardians of the Galaxy you actually care about, right? Collecting ROCKET RACCOON (2014) #1-6.
Rated T

WHY TO WATCH FOR IT: Loved the Guardians of the Galaxy movie? Can’t get enough of an anthropomorphic raccoon with a gun? Then you can’t let this one pass you by as Eisner award winning creator Skottie Young lets loose and shows you a different side to everyone’s favorite furball and his best friend Groot.

Collecting the stories that led into INFINITE CRISIS from VILLAINS UNITED #1-6, the SECRET SIX 6-issue miniseries and VILLAINS UNITED: INFINITE CRISIS SPECIAL #1! Six of justice’s deadliest enemies have banded together to keep the super-heroic community from tampering with their minds – and to show just how deadly they can be!

WHY TO WATCH FOR IT: Easily one of my favorite stories ever from Gail Simone, this motley crew of bandits and villains band together to gve us some of the interesting characters and stories you’ll read in comics. Brad Walker’s art is absolutely delightful and ambitious and nails it on every page. This is the pre 52 series team and the one true team, in my opinion. Check this out!