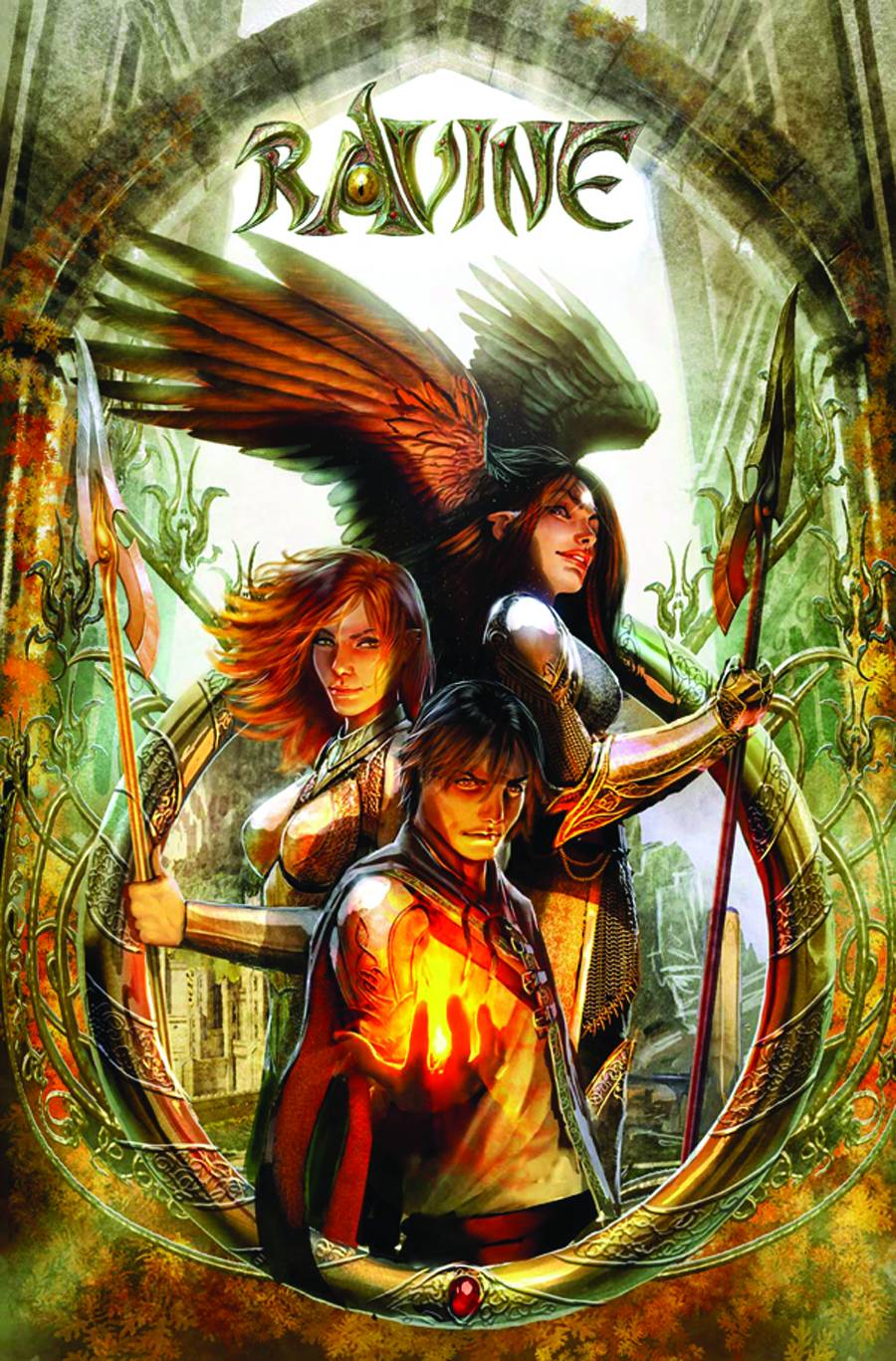 Happy Monday, and welcome to Trade Waiting! This column focuses on the top five trade releases of the upcoming Wednesday, February 27, 2013. This week has a few original graphic novels, and a couple trade releases from publishers across the board. Let’s get to it! 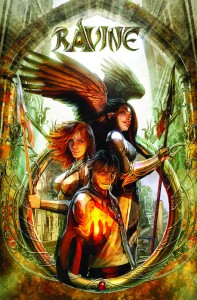 “THEY ARE A POWERFUL FOE, BUT THEY WILL FALL!”
In a fantastic world far from our own, an ancient magic spell almost split the world in two and left an endless ravine in the north. One man, Nebezial Asheri, driven by the deaths of his wife and daughters will attempt to reclaim that magic and bring his loved ones back to life. The forces of an entire city, Paladia, will rise to oppose him, but his greatest foes will be a ragtag band of an outcast wizard, a dragonrider, and their allies.

Artist extraordinaire STJEPAN SEJIC (ARTIFACTS, WITCHBLADE) branches out into his first ever creator-owned and original property for Top Cow! Presented in a perfect-bound, dramatically oversized issue format, RAVINE is an epic about the lengths one man will go to to reconstruct his family, and the forces of good who must stop him at all costs.

Why to watch for it: Dragons! Extreme fantasy action! Stjepan Sejic has spent 10 years buildng this world and Ron Marz is along for the ride to bring these stories to light. Those who are looking for more fantasy in comics, here you go! 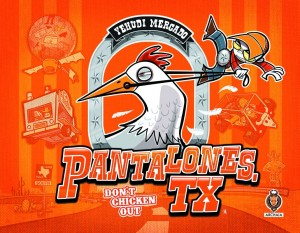 Animator Yehudi Mercado brings the zaniness of Saturday-morning cartoons to this wacky graphic novel! Pantalones, TX follows the adventures of a band of misfit kids in a rural Texas town as they try to outwit, outrun, and outprank the ever-vigilant, fried chicken truck-riding sheriff and his giant chicken. Featuring spoof ads and an eye-popping orange casewrap in landscape trim, this book will appeal to boys, girls, and their Adult Swim-watching parents!

Why to watch for it: Another great all-ages title from Archaia, straight from the mind of Yehudi Mercado! Follow a band of kids on a mad adventure through rural Texas in this cartoon-inspired romp! 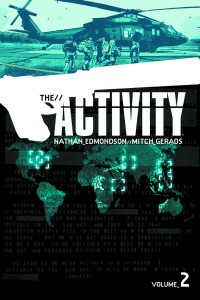 Collecting the hit Special Ops thriller that Fanboy Comics calls “a realistic story about the teams that protect us, without us ever knowing it.” Follow Team Omaha from Uzbekistan to Somalia to Minneapolis on their globe-trotting, high-octane and high-tech execution of WARFARE WITHOUT WARNING.
Collects THE ACTIVITY #6-11

Why to watch for it: The missions of Team Omaha continue in the most technically adept military story to ever hit comics. This is as good as it gets for people who dig military spec ops movies, books or comics. 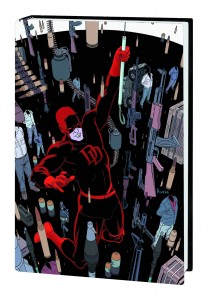 Nelson & Murdock no more! It’s a turning point in the lives of Marvel’s most famous legal team as Foggy discovers a shocking secret Matt’s been keeping – and he doesn’t take it well! Then, it’s the return of someone Matt thought was gone forever and the debut of a new menace in New York: the killer called Coyote! Daredevil’s newest threat is not what Matt expects – but then again, just how sane is Matt Murdock right now, anyway? The streets of New York run red with blood as Matt’s mind unravels under the Coyote-created chaos, and it all ends with Daredevil wanted by the NYPD! Collecting DAREDEVIL (2011) #16-21.

Why to watch for it: The Mark Waid run on Daredevil continues! Now featuring Chris Samnee on art, as well as a guest appearance by Mike Allred, volume 4 includes some major events in the world of the Man Without Fear. 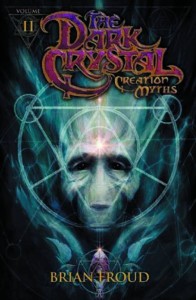 The Great Conjunction is at hand in this dramatic second volume of Archaia and The Jim Henson Company’s trilogy of prequel graphic novels that tell the origin of the Dark Crystal. Aughra, the beloved guardian of Thra, has gone into hiding, while her son, Raunip, leads a team of emissaries to the Crystal Castle. There they will bear witness as the visiting Urskeks attempt to use the Conjunction to power their voyage home. But pain and mistrust fostered by the group leads to events that will corrupt the world to its very core and transform the Urskeks into two distinct races: the gentle urRu and the terrifying Skeksis. Brian Froud returns to oversee this crucial chapter that reveals the tragic events that caused the Bright Crystal to darken and shatter.

Why to watch for it: The exploration of Jim Henson’s Dark Crystal world continues in volume 2, published by the masters of presentation, Archaia Entertainment. This is the perfect read for any fans of Henson’s worlds.