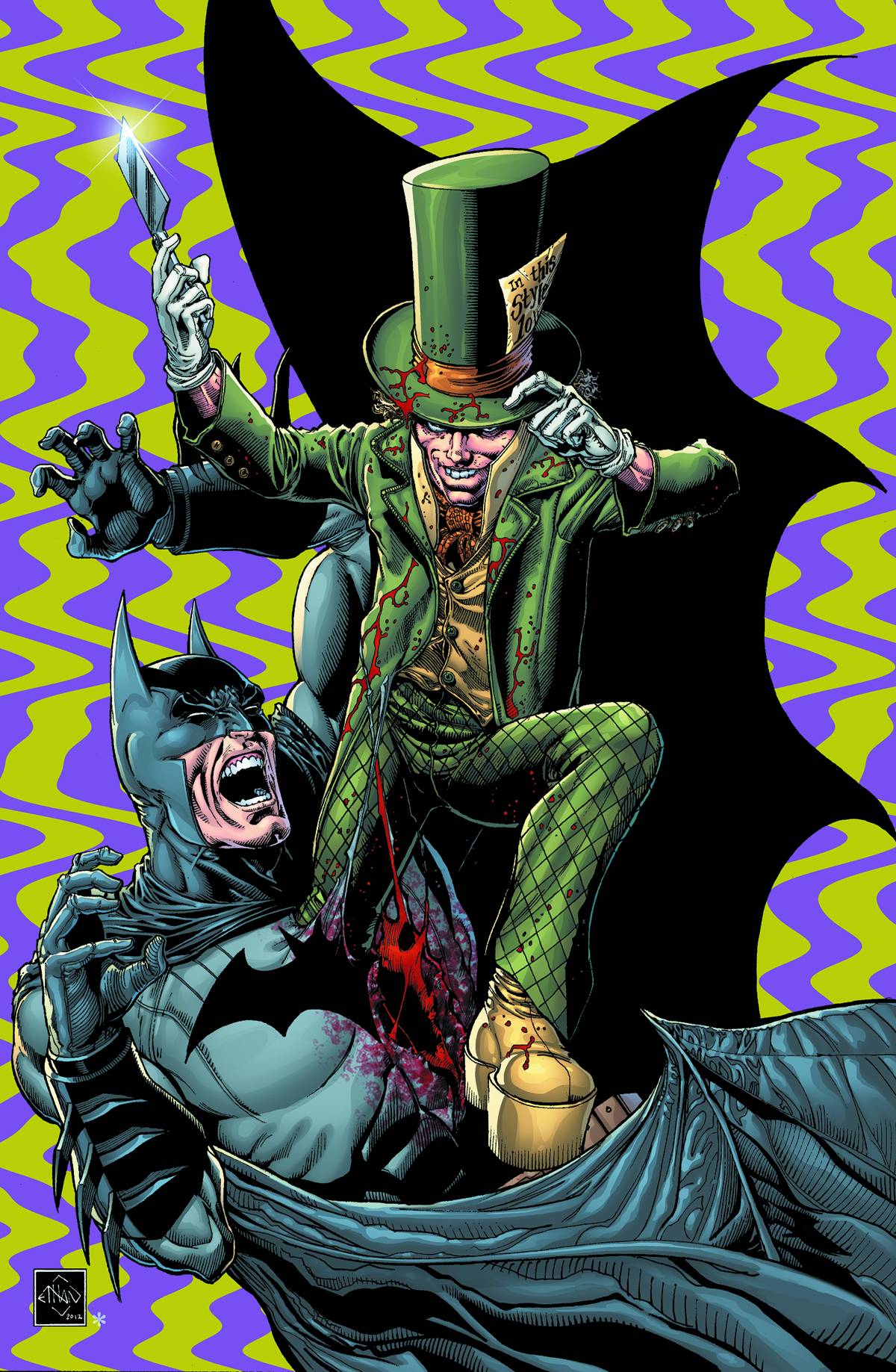 We are a mere 48 hours away from new comic books, and a whole fresh crop of collections as well! If your bookshelf is in need of a trade or hardcover infusion, look no further than the top five releases of January 15, 2013: 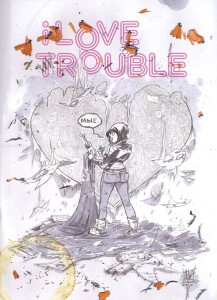 Felicia Castillo is a small-time grifter on the run from a nasty New Orleans gangster she just ripped off when she discovers she has the amazing ability to teleport. This lands her in the crosshairs of the nefarious Mars Corporation, which exploits supernatural gifts of people like Felicia. They make her an offer she can’t refuse: use her unique talent to become an assassin that can get close to anyone, anywhere. However, Felicia soon learns that no matter how long or how far you run, your troubles always catch up to you.

Why to watch for it: A self-contained-creator-owned-acclaimed story for sixteen bucks. If Image Expo has you fired up to read some creator owned books then here is your fix. 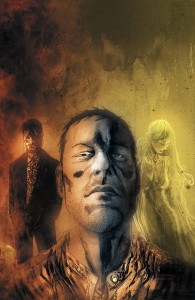 TEN GRAND charts former mob enforcer Joe Fitzgerald’s journey into the world of demonology and the ancient powers that threaten to tear down the pillars of Heaven itself in a new war between the forces of light and dark. Can the man willing to die a thousand deaths so he can be with his love for just a few minutes in-between save the lives of an entire world? Or will this be the end of…well, everything? Here’s your chance to catch up on the story before leaping into the exciting second half of TEN GRAND’s epic story.

Why to watch for it: Ten Grand was the first series launched from the Joe’s Comics imprint headed up by Straczynski, and he pulled in Ben Templesmith to kickstart the launch with a bang. Catch up on the story quickly with this volume. 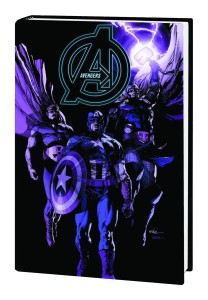 INFINITY TIE-IN! Deep in space, the Avengers join the Council of Worlds as they declare war on their cosmic invaders. As the Skrull Empire is reborn, witness the first encounter with the Builders! And when betrayal strikes the Galactic Council and the Avengers find themselves prisoners of war, one last desperate plan is hatched! The Builders make unexpected overtures, Ex Nihilo re-enters the picture, and the final battle for the Marvel Universe begins. Galactic empires fall and rise – and as Earth is targeted, the Avengers race back to their own solar system. But will they be in time to stop the Black Order from making their move? Or will Thanos’ mad plans conquer all life? Collecting AVENGERS (2012) #18-23.

Why to watch for it: For readers looking to collect Infinity in it’s individual series, here is your next third. Leinil Yu pencils the cosmic theatre of war in the epic Infinity event, restructuring the Marvel Cosmic and shaking things up on a grand scale. 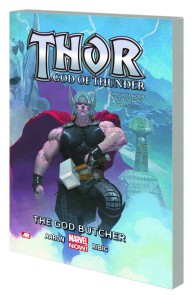 A trail of blood threatens to consume Thor’s past, present and future! Throughout the ages, gods have been vanishing, their mortal worshippers left in chaos. The only hope for these ravaged worlds is for Thor to unravel the gruesome mystery of the God Butcher! In the distant past, the Thunder God discovers a forgotten cave that echoes with the cries of tortured gods – and is shocked to find himself among them! In the present, Thor follows the bloody wake of murdered gods across the depths of space. And thousands of years from now, the last god-king of a ruined Asgard makes his final stand against the God Butcher’s berserker legions. As three Thors from three eras race to stop the God Butcher, the full extent of his vicious scheme takes terrifying shape! Collecting THOR: GOD OF THUNDER #1-5.

Why to watch for it: Dissuaded by the hardcover costs but want to read the most metal iteration of Thor ever? Now’s your chance. The first half of Jason Aaron & Esad Ribic’s first grand Thor story is finally in TPB. Rejoice! 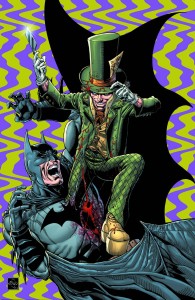 In this new collection of issues #16-21 and BATMAN: THE DARK KNIGHT ANNUAL #1, Batman discovers a trail of bodies but no leads. His detective skills are put to the test as the Mad Hatter begins kidnapping Gotham City citizens for an unknown purpose. But as The Dark Knight delves deeper into this mystery, he soon realizes that this is unlike any other Mad Hatter case. The Hatter’s gory past will be revealed, and Batman’s resolve will be put to the test!

Why to watch for it: The Batman line is extremely strong at DC, and while not the most talked about title of the line, The Dark Knight is opening up the Bat-verse in it’s own way. Check out the Mad Hatter arc by Hurwitz right here.