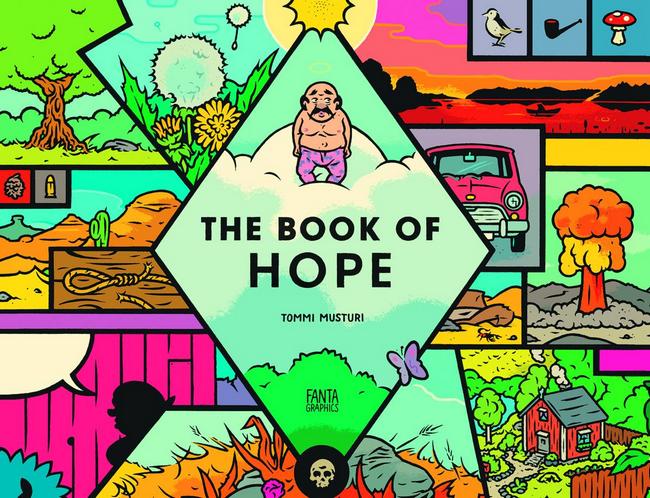 Happy Martin Luther King Jr. Day! It’s another Monday, which means yet another look at the week’s hottest trade paperbacks, collected editions, and graphic novels in this edition of “TRADE WAITING” – your weekly spotlight of five noteworthy comic collections that are being released this coming Wednesday and why you should watch out for them. This week is jam-packed with great suggestions, so WATCH OUT! 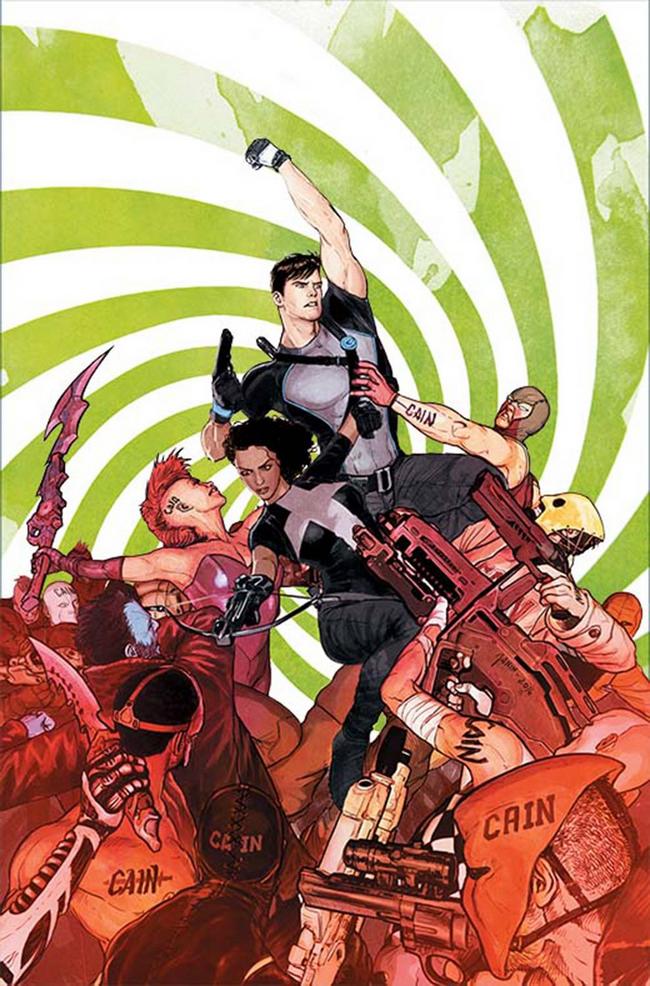 VOL 1: As Dick Grayson digs into SPYRAL and learns about his new partner, Helena Bertinelli, how can he keep track of all the lies? Plus: Dick Grayson goes toe-to-toe with the Midnighter! Collects GRAYSON #1-4, a story from SECRET ORIGINS #7 and GRAYSON: FUTURES END #1.

VOL 2: In these tales from GRAYSON #5-8 and GRAYSON ANNUAL #1, Grayson must stop Paragon from using the body parts of a dead villain to create something far more sinister. Then, Dick goes toe-to-toe with Midnighter, and he and Helena Bertinelli battle foes from their past: the Fist of Cain!

WHY TO WATCH FOR IT: I’ll admit that when Grayson was first revealed as a new title from DC, I rolled my eyes and said, “Wow. DC’s version of Winter Soldier?” Dick/Nightwing has been one of my favorite character and while I still feel his transition from death to super-spy was quite awkward and still requires some resolution in the DC Universe(s), this series has been nothing short of enjoyable on almost all levels. Tom King delivers great spy pulp stories with some real stakes, and Mikel Janin keeps the kinetic spirit of it with amazing visuals. Now is a great opportunity to catch up on the current story by grabbing both of these on Wednesday. If you need another endorsement, staff writer John Ernenputsch from the “Hot Five” listed it as his Best Series of 2015.

The Book of Hope slows the reader down to the rhythms of a retired couple living in the countryside. Behind the static, routine moments of everyday life something bigger takes shape. Intimations of mortality starts to consume the husband, leading to visions and questions. This graphic novel is a thoughtful exploration of the human condition filled with timeless humor found in the series of moments that make up our lives. Musturi’s eloquence, and economy will remind American readers of Chris Ware’s Jimmy Corrigan.

WHY TO WATCH FOR IT: Fantagraphics has consistently been publishing some of my favorite graphic novels of the past couple years, and this one is no exception. Finnish cartoonist Tommi Musturi creates charmingly beautiful illustrations while maintaining a virile sense of humor, sarcasm, and oddity. It’s taken Musturi over 10 years to create and is definitely worth you taking a look at on new comic book day. 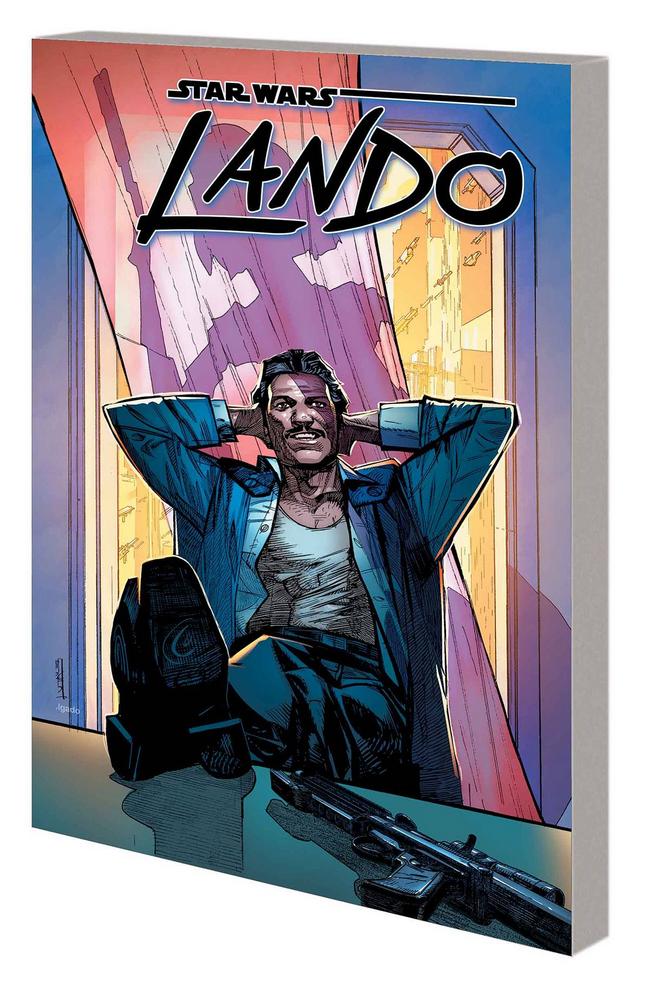 You know him, you love him – now, join him for his biggest caper ever as master of charm Lando Calrissian steps into his very own high-stakes adventure! Before he joined the rebellion, before he ran Cloud City, Lando made his way in the galaxy getting by on some swindles, some swagger and a smile. With the loyal Lobot at his side, Lando has a plan to steal a very valuable ship. But has he bitten off more than he can chew? One of the galaxy’s deadliest, most effective trackers is on his tail, and the heist of a lifetime has become a fight to survive! Lando and Lobot took this gig for the easy payday – but if they make it through alive, they’ll never be the same. It’s the tale of a scoundrel in his natural element: trouble! Collecting LANDO #1-5.
Rated T

WHY TO WATCH FOR IT: Lando Calrissian finally emerges in his own series by two comic book powerhouses, Charles Soule and Alex Maleev. Great art, great adventure and a nice fufilling experience to the Star Wars lore in this trade paperback. The scoundrel king of Cloud City returns! 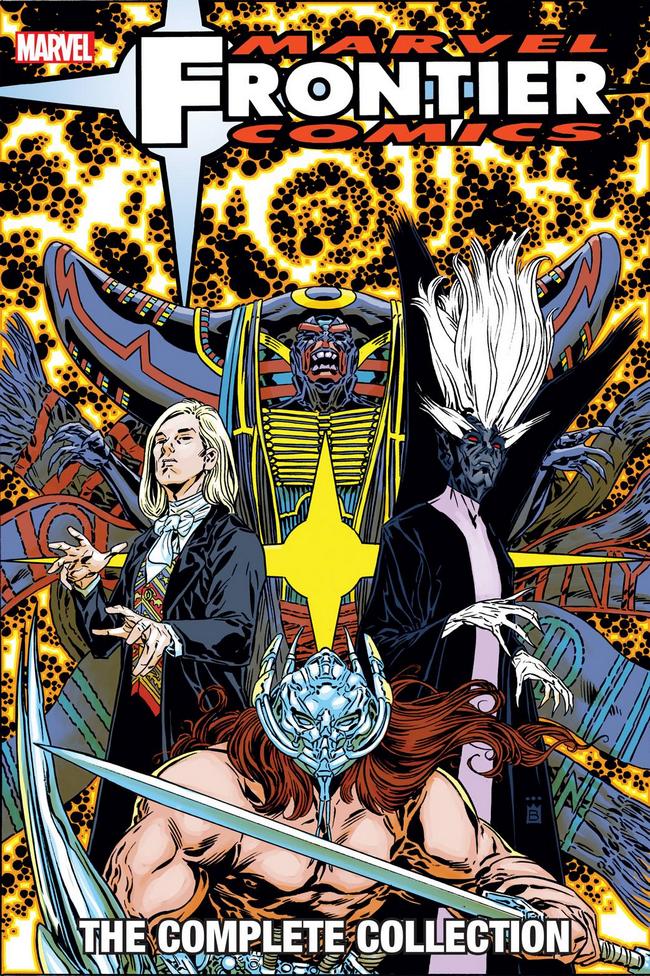 A forgotten gem from Marvel UK is collected in its entirety for the first time, with new art and introductions by the original creators! Who is Bloodseed? And what is his mission in a barbarian world of talking pterodactyls, giant lizards and remnants of technology from a long-lost civilization? Something is haunting author Sam Wantling’s dreams – could he be a Child of the Voyager? Will James Owl survive his dance with demons when he discovers that he is the heir to a great Native American spirit? And in the 14th century, Mortigan Goth sold his soul for immortality…now, how far will he go to keep it? Collecting CHILDREN OF THE VOYAGER #1-4, DANCES WITH DEMONS #1-4, MORTIGAN GOTH: IMMORTALIS #1-4, BLOODSEED #1-2 and MARVEL FRONTIER COMICS UNLIMITED #1.
Mature

WHY TO WATCH FOR IT: I’ve been endeavoring to tackle some of the Marvel UK titles that I missed as an adolescent growing up. Here’s a great opportunity to do some with this collected edition. A lot of influential comic creators from England got their early start (Mark Buckingham, Charlie Adlard) and early works published through this imprint and was Marvel’s indirect answer to Vertigo in the early 90’s. That alone is worth capturing my interest in this title and should be enough to get you interested as well. 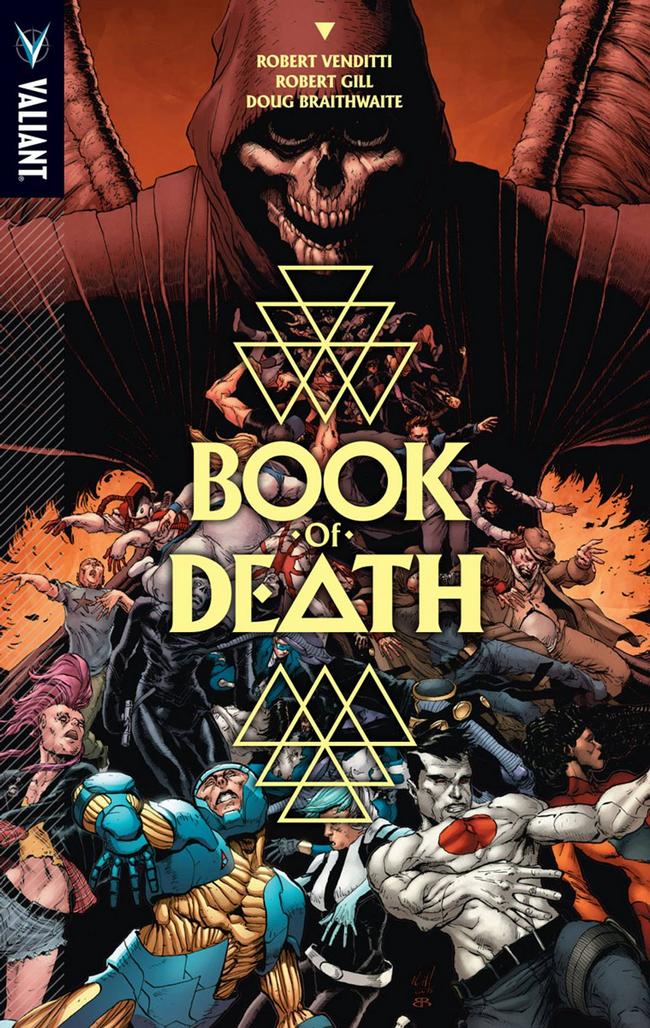 Together, they are the number one target of every hero and villain on Earth. Either the Eternal Warrior hands her over…or they take him down. But can even he single-handedly protect one child when the entire Valiant Universe wages war against him?

WHY TO WATCH FOR IT: Growing up, I’ve always been a big enthusiast of What If?/Elseworld stories in comic books, if not to just quash any theoretical musings with friends at the comic shop, but to also explore stories that main continuities would be too afraid to tackle. The resurgence of quality coming from the Valiant Universe is undeniable, and this new title posits the death of some of the significant main players in it. Venditti, Gill, and Braithwaite don’t hold back as they challenge their creative limits of these character’s survival in a hostage situation. This isn’t like your typical Justice League/Avengers scenario either, so it’s definitely worth checking out. 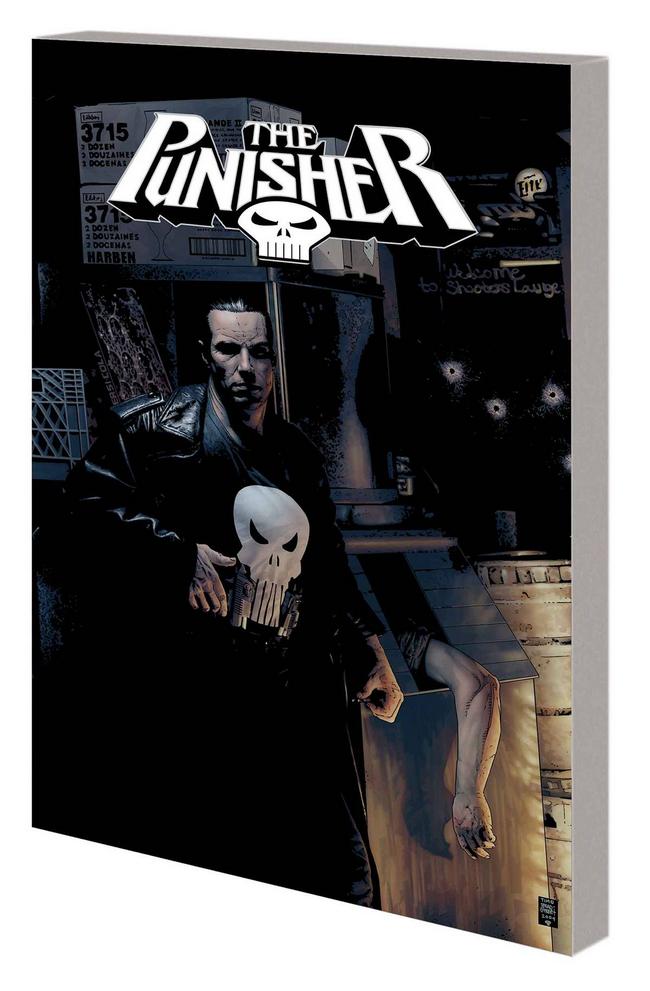 Experience the gritty and uncompromising PUNISHER MAX from the very beginning! When a mob hit killed his beloved wife and children, Frank Castle became the Punisher – an unstoppable one-man army waging war on every piece of criminal scum plaguing New York’s streets. But do the Punisher’s origins trace back even further? In 1971 Vietnam, Captain Castle’s platoon faces a Viet Cong attack – and to survive, he must make a grim choice. Then, Punisher’s old partner, Microchip, long thought to be a casualty of Castle’s war, resurfaces with a startling offer! Will the Punisher play patsy for the CIA? If not, will they let him walk away? And in a story ripped from the headlines, Castle must take on rival Irish gangs when a bomb goes off in Hell’s Kitchen! Collecting BORN #1-4 and PUNISHER (2004) #1-12.
Explicit Content

WHY TO WATCH FOR IT: I think it’s completely worth mentioning that with the confirmed appearance of Frank Castle in season 2 of the Netflix series Daredevil, fans of the television program that aren’t familiar with “The Punisher” can get a crash course on the character in one of his best versions by one of my favorite writers, Garth Ennis. The show will likely draw a lot of influence from this version of the character, and while “Punisher Max” takes place in a universe different from Marvel’s 616, it’s noted as one of the truest, grittiest, and most compelling iterations of the character that you need to be aware of.