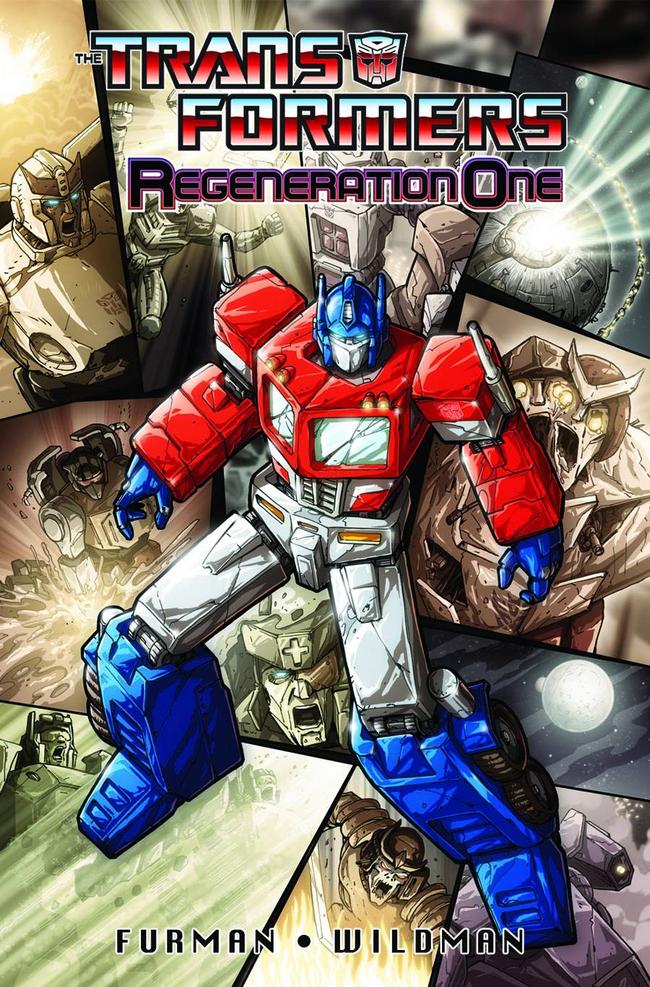 Welcome to Trade Waiting, your weekly look at the top five trades being released this Wednesday, January 23, 2013. This week is a real mixed bag, with solid releases coming from all corners of the publishing realm. Check out the top five for this week! 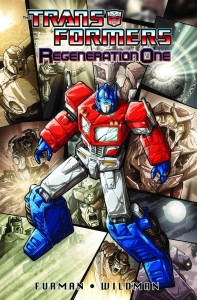 The TRANSFORMERS comic that began it all-is back. With a vengeance! 21 years have passed since CYBERTRON was restored to its former glory, and finally there is peace. But, after millions of years of bitter civil war, can all ever truly be one?

Why to watch for it: 21 years may have passed, but these stories still rock. There is a reason why this series was revived: it’s great. The original architect is back in the world of Transformers, continuing the story he set out to tell. Here’s your chance to dive back in to a really solid Transformers series. 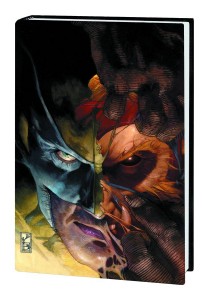 It’s the long-awaited sequel to Loeb and Bianchi’s “Evolution!” Sabretooth has returned from seeming death – but how did he survive his beheading all those years ago? And which Sabretooth is the real one?! As the immortal manipulator Romulus returns from the ebon folds of the Darkforce Dimension, a mysterious red-headed woman comes to Wolverine’s rescue – and when her identity and connection to Romulus are revealed, secrets will be revealed that rewrite Wolverine’s history once again! What does Romulus offer Sabretooth that can compare to his lifelong vendetta against Wolverine? As the villainous duo’s plans unfold, Wolverine finds himself forced to make a terrible a decision: stop Sabretooth, or stop Romulus – and deal with the lives that are lost either way! Collecting WOLVERINE (1988) #310-313.

Why to watch for it: THE RETURN OF SABRETOOTH. Wolverine’s greatest villain returns and some huge details about Wolverine’s past come to light. 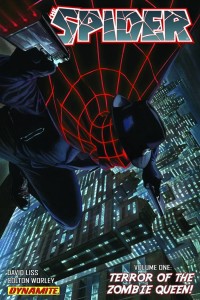 The Spider, one of the most celebrated pulp heroes of all time is back, and re-launched into the 21st century! Richard Wentworth is a decorated war hero who has sacrificed everything, including the woman he loves, for duty. But the New York City Wentworth returns to is riddled with crime and corruption. With the police overwhelmed and a populace helpless, Wentworth becomes The Spider, a vigilante as ruthless and merciless as the criminals he hunts. But now there’s a new danger on the rise. A deranged woman called Anput has begun a series of attacks that turn ordinary citizens into mindless zombies, bringing New York and the police force to its knees. Wentworth will stop at nothing to save the city he’s sworn to protect, but in the process he will risk his family, his friends, and the woman he still loves.

Why to watch for it: The first volume of the pulp sensation The Spider is ready for you! Get your noir on with pulp-king David Liss. 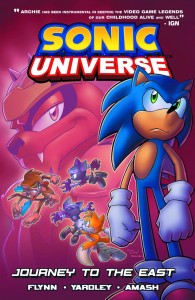 When the going gets tough, the tough get going! Sonic leads Tails, Sally and Monkey Khan to the other side of Mobius to the beautiful and mysterious Dragon Kingdom! Four ninja clans have sworn fealty to the Iron Queen and her Iron Dominion, and it’s up to Sonic to get them to break away! New and old faces abound in this world-spanning foreign adventure! Collects the entire “Journey to the East” storyline from Sonic Universe #13-16 plus exclusive special features!

Why to watch for it: The fastest hedgehog in the land races into the East, and takes on Ninjas? It really doesn’t get much better than this. Sonic, ninjas, awesome. 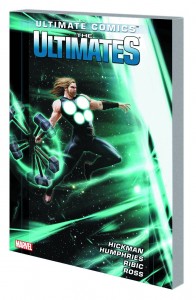 Can Nick Fury pick up the pieces of his broken team? Iron Man, Thor, Hawkeye and the Ultimates are the world’s premier super-team, assembled to combat global threats. And right now the greatest danger is Reed Richards’ Children of Tomorrow, who stand poised to reshape the Earth in their image. Faced with a new world order, the Ultimates and S.H.I.E.L.D. suddenly find themselves in the crosshairs – of their own government! But with S.H.I.E.L.D. out of play, the government’s contingency plan might prove more dangerous than the threat it’s meant to counter – especially when it involves unleashing the Hulk! Collecting ULTIMATE COMICS ULTIMATES #7-12.

Why to watch for it: Hickman and Humphries set up some outrageous events in the Ultimate universe with this book and if you are a fan of ‘no holds barred’ superhero comics, this one is for you. Mayhem on a huge scale, Ultimate Comics Ultimates brings a whole new dynamic to the mythos of these heroes.