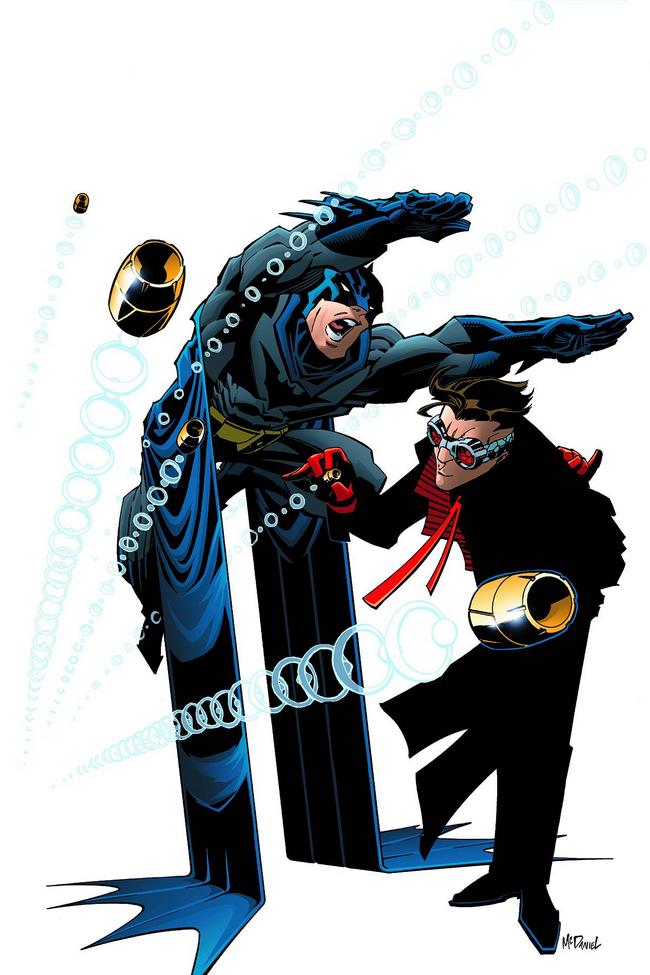 Ed Brubaker’s legendary run on Batman is collected, starting with stories from BATMAN #582-586, 591-594 and BATMAN: OUR WORLDS AT WAR #1, in which the Dark Knight faces The Penguin, Deadshot and more!

WHY TO WATCH FOR IT: There are very few comic book writers that I’ll buy anything with their name on. Ed Brubaker is one of them. This collected edition shows his early days in comic books when he takes the reigns of the DC’s Dark Knight himself. These are precursors to his groundbreaking “Gotham Central” series and is very much worth looking at it, not just from a comic book standpoint, but also as a way of appreciating the evolution of nuance and historical development of Brubaker as a writer. 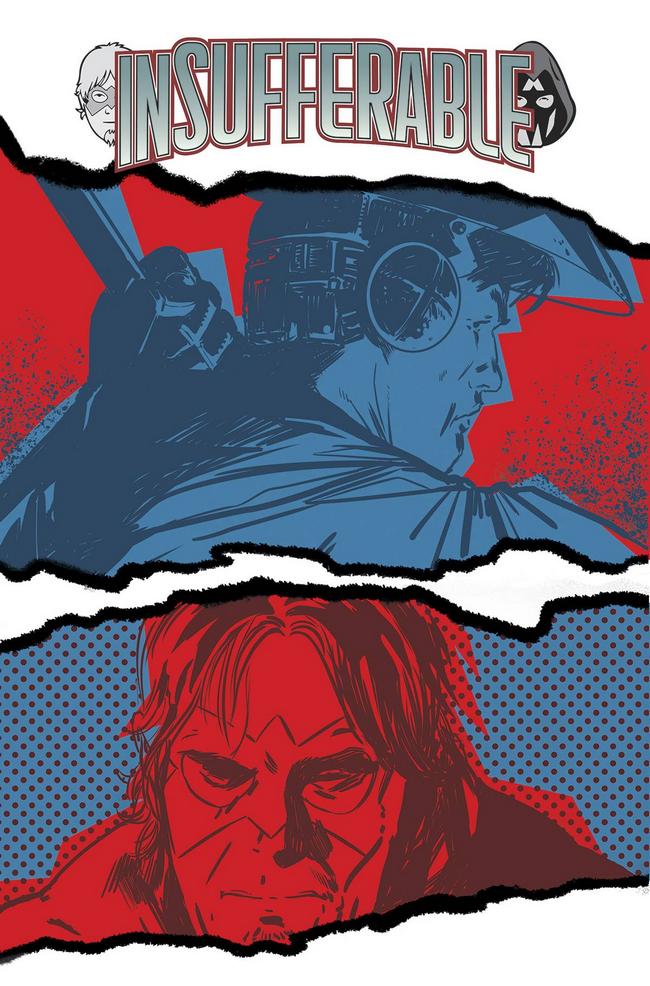 What happens when your crime-fighting sidekick grows up to be an arrogant, ungrateful douchebag who makes Kanye look humble? Worse, what on Earth could force the two of you together for one last case? Nocturnus and his former protege, Galahad, will find out-if they don’t kill one another first. Collects issues #1-6.

WHY TO WATCH FOR IT: If you were like myself, then you probably missed out on the opportunity to read Mark Waid and Peter Krause’s “Insufferable” on the digital platform Thrillbent. Fear not, for they’ve finally collected it in trade paperback. I’m a big fan of the superman-gone-wrong story Waid created in “Irredeemable” and villain-gone-good story in “Incorruptible” and this seems to extend Waid’s passion of creating turbulence in the superhero stereotype and extracting a tale that is worth consideration. This time it’s about a sidekicks and what happens when they’re not best friends like we expect them to be? I’m all about embracing fresh perspectives in an often rehashed, repackaged, and renumbered genre. 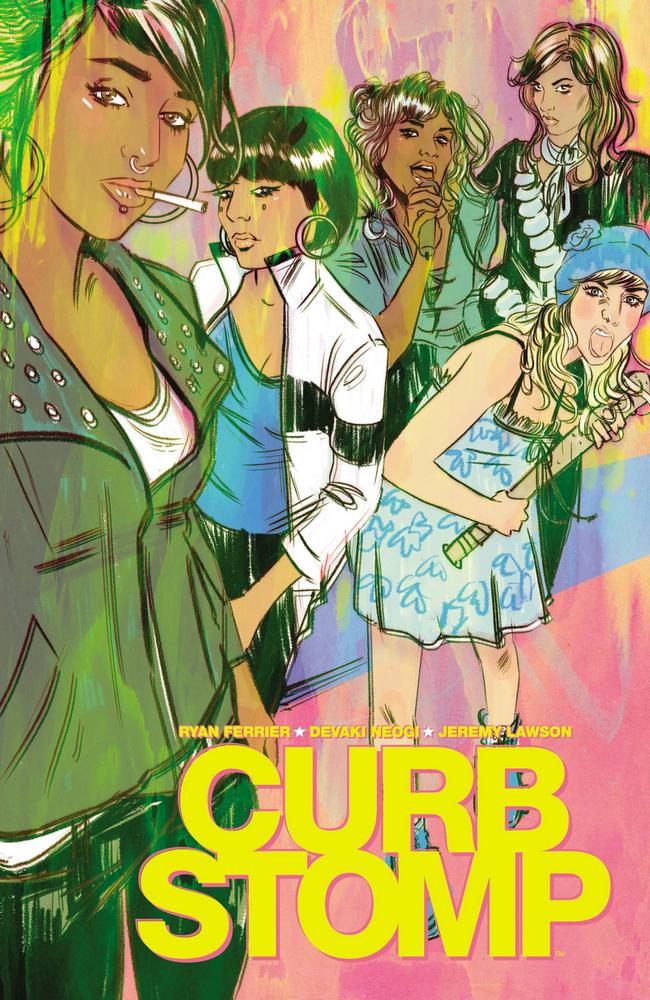 What’s to Love: Punk rock isn’t dead…yet. Turf wars, breaking rules, crushing violence, and Black Flag-these are a few of our favorite things, and Curb Stomp straight-up knocks our teeth out (in a good way). It’s an unflinching, visceral look at the lengths one woman will go to protect her friends, her family, and her home-perfect for fans of Rat Queens and the seminal ’70s cult-favorite film The Warriors.

What It Is: Three gangs. Five girls. No way out. Machete Betty leads a small gang of women under the self-appointed task of protecting their home of Old Beach, one of three boroughs surrounding a rich metropolitan city. When Betty takes the life of a rival gang member in an act of self-defense, she sets off a chain reaction of retaliation, gang warfare, and unlikely allies. It’s up to the The Fever-Machete Betty, Derby Girl, Bloody Mary, Daisy Chain, and Violet Volt-to defend their turf at all costs. Collects the complete four-issue limited series.

WHY TO WATCH FOR IT: This is just a fun and exquisitely designed book. Gangs kicking other gang’s asses. No one backs down and no one gives up. Neogi and Ferrier create a colorful teenage outburst of violence that appropriately harkens back to an age of ubiquitous urban warfare. If this sounds like your cup of noodles, then get ready to rock with “Curb Stomp.” 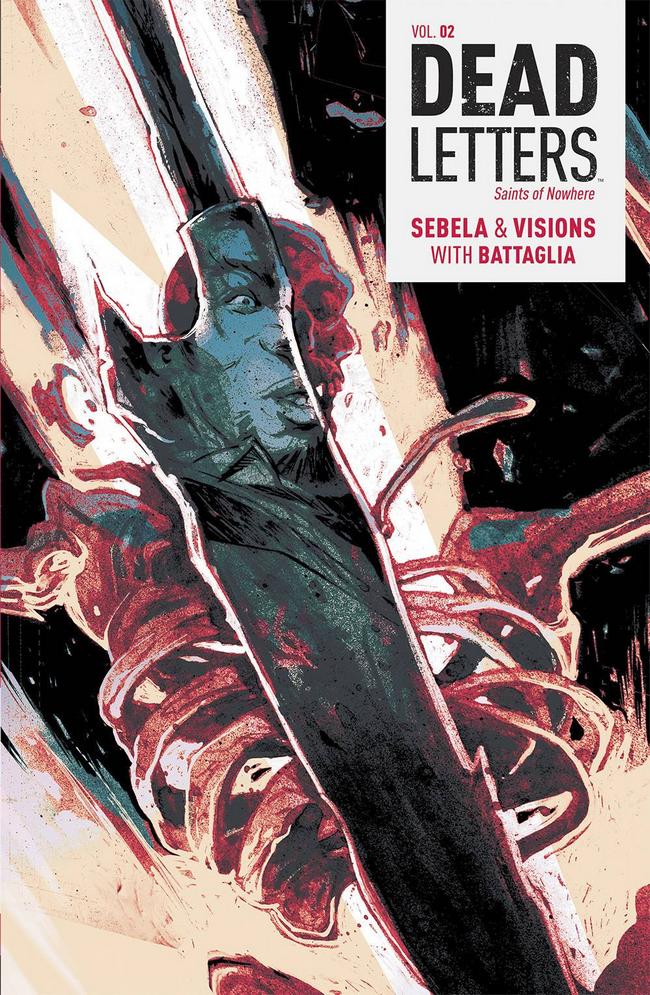 Synopsis: As the freshly spawned gang war between Ma Thuselah and Mr. Jones rages across the supernatural metropolis, Sam Whistler is enlisted by the new powers-that-be to infiltrate the amorphous boroughs of the city in search of a terrorist cell planning to wreak havoc on the fabric of Here itself. Collecting Issues #5-8 of the critically acclaimed series, “Saints of Nowhere” brings you a wholly unique take on crime fiction from Eisner Award-nominated writer Christopher Sebela (High Crimes) and artist Chris Visions.

WHY TO WATCH FOR IT: Dead Letters is a book that has slowly been flying under the radar of many mainstream comic book fans. Christopher Sebela’s imagination continues to astound me and Chris Vision’s art is nothing short of visual magnificence. Without spoiling anything, this volume has upped the ante significantly over volume 1 and has grasped my attention. If you haven’t been reading this, do yourself a favor and catch up. You can thank me later. 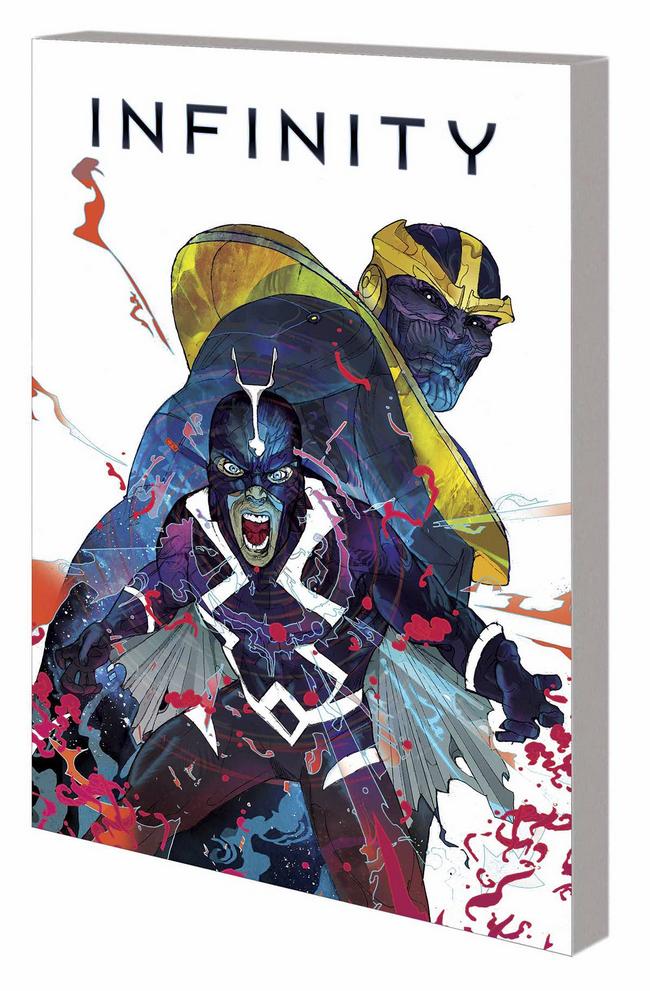 WHAT IF TP INFINITY
Written by Joshua Williamson
Art by Various
Published by MARVEL COMICS
Price: $14.99

One incredible event, infinite possibilities! Prepare to discover five ways INFINITY could have led to a very different fate for the Marvel Universe. Imagine if Thanos had joined the Avengers in their war with the Builders. Or if Black Bolt had seized the opportunity for the Inhumans to rule Earth. The Avengers easily could have suffered crushing defeat — what would that mean, years later, for Cannonball and a handful of other survivors? Then there are the Guardians of the Galaxy, who’d certainly have something to say if they discovered the Illuminati were hiding Thanos. Most chilling of all, what if Norman Osborn grabbed the Infinity Gauntlet and ushered in a second Dark Reign? Collecting WHAT IF? INFINITY: THANOS #1, INHUMANS #1, X-MEN #1, GUARDIANS OF THE GALAXY #1 and DARK REIGN #1.
Rated T+

WHY TO WATCH FOR IT: If you’ve been paying attention, then you know that I’m a huge fan of “What If” stories. Some people often find there’s a platitude of eccentricity for the sake of being eccentric that can diminish these stories –I am not one of those people. There are very few writers better than Joshua Williamson to dive into Marvel’s toybox and play with all of the best of them by writing some insanely awesome “What If” stories. These stories piggyback on Hickman’s omnipresent “Infinity” event and posit a myriad of thought-provoking perspectives. Williamson doesn’t hold back and I love it. 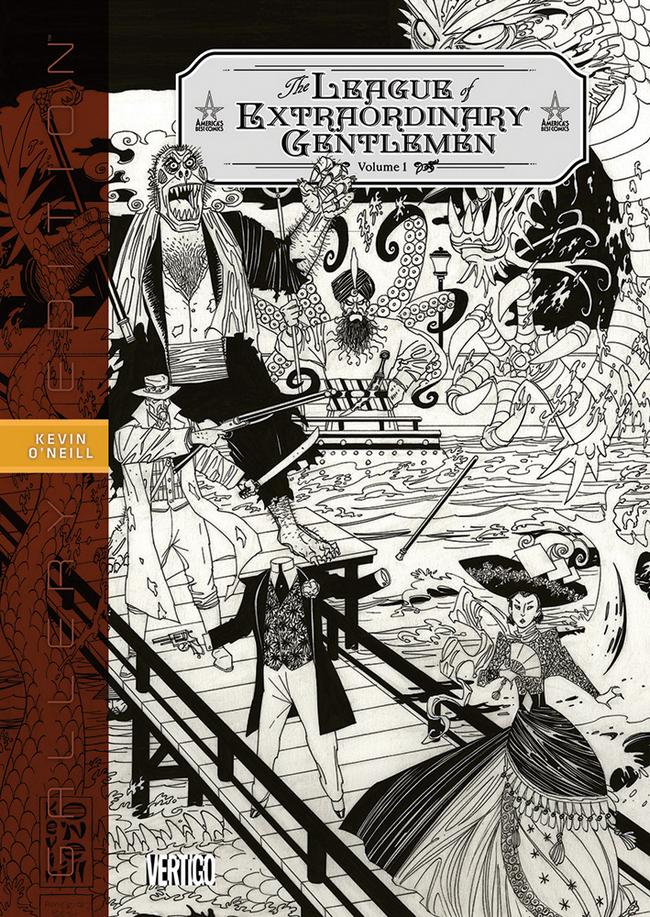 As the Victorian era draws to a close, Allan Quatermain, Captain Nemo, Hawley Griffin, Dr. Henry Jekyll, Mr. Edward Hyde and Mina Murray have been gathered together to save their nation. Now, the original adventures of this group have been collected and sourced from the original art for the first time ever in THE LEAGUE OF EXTRAORDINARY GENTLEMEN: KEVIN O’NEILL GALLERY EDITION.

This Smythe-sewn hardcover edition includes all of Kevin O’Neill’s artwork from the original six-issue THE LEAGUE OF EXTRAORDINARY GENTLEMEN miniseries Vol. I, scanned in full color from the original art boards. Also included are the covers and various League artwork that showcase Kevin’s incredible craftsmanship.

Graphitti Designs’ Gallery Editions replicate the look, feel and attitude of the artwork. Every page is reproduced at original size on heavy paper stock to provide the fan and collector with museum-quality reproductions that are obtainable nowhere else.

THE LEAGUE OF EXTRAORDINARY GENTLEMEN: KEVIN O’NEILL GALLERY EDITION captures the intricate art of Kevin’s artwork as never seen before. His collaboration with writer Alan Moore resulted in a timeless tale set in an era in desperate need of champions. A more enjoyable presentation of this fine tale has never before been seen.

SPOTLIGHT ON GALLERY EDITIONS
Each high-quality, Smythe-sewn hardcover book captures every detail of the art at actual-size, and is printed at 200 lines-per-inch screen on a rich, heavy paper stock. Replicating the original art experience is our goal. Graphitti Designs’ Gallery Edition are the next best thing to holding the original art in your hands-and easier on the wallet, too!

WHY TO WATCH FOR IT: I’m always drawn to these artist/gallery edition books because you are able to genuinely experience a familiar comic series differently. The enlarged format and really engage my sentimentalism and awe, which probably explains my affinity to own original artwork from my favorite artists. With that said, Kevin O’Neill has a stellar presentation here as his work his featured in a sexy hardcover that not only is actual size of the art, but also on heavy paper stock. This is original art experience at it’s finest and it’s incredible to witness. Oh yeah, and if you’re an Alan Moore/League of Extraordinary Gentlemen fan, then this is a MUST OWN.