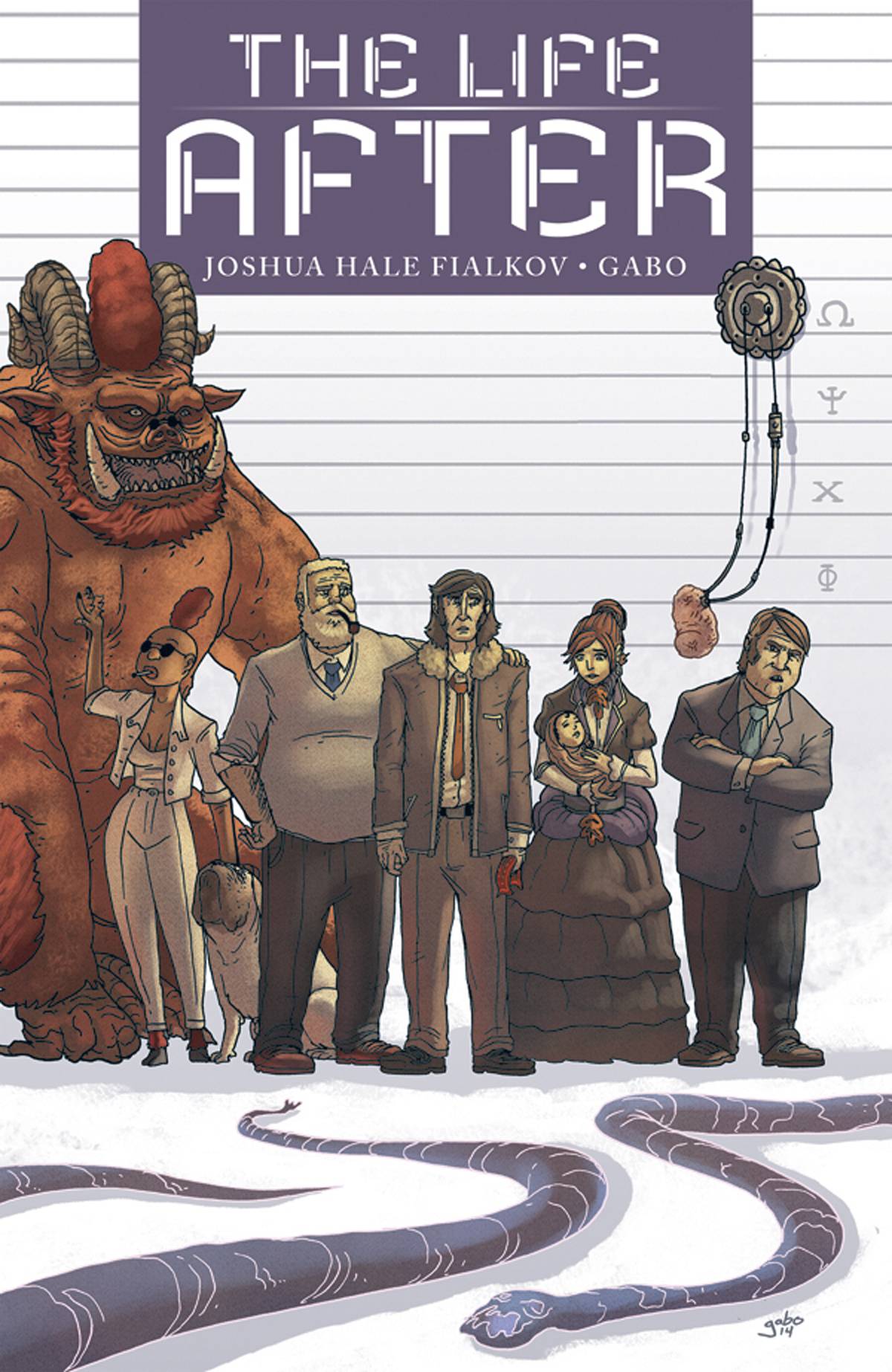 Jude’s life is nothing special. It seems like every day is just a repeat of the last one, until one day, he meets a woman and can suddenly see into her past — revealing that he is actually in Purgatory for suicides. Now that he’s awake, he and the legendary Ernest Hemingway are on the path to change things in the afterlife for the better. Of course, that might not sit very well with the bigwigs down below or up above. Can just a few people change the course of billions of souls? Collects the first five issue of the ongoing series.

WHY TO WATCH FOR IT: What would you do if you found out that life, and the after life, wasn’t quite what you expected? What if your guide in this journey was the acclaimed author Ernest Hemingway and you had the ability pull the blinds back on everything? Thats what you get here in writer Josh Fialkov’s latest series coupled with eclectic art by Gabo. The luring $9.99 price point will be enough to get you caught up for issue #6, which also releases this Wednesday. 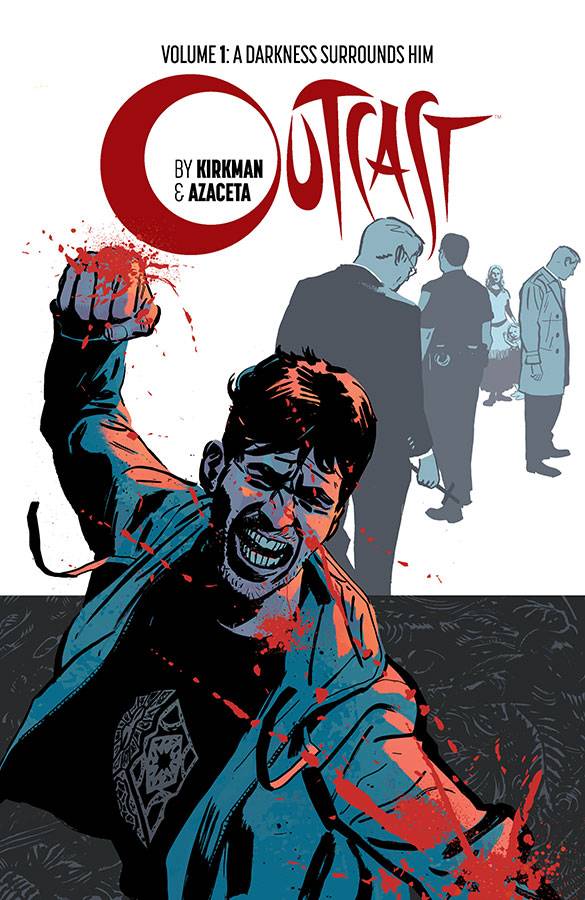 NEW HORROR SERIES FROM THE WALKING DEAD CREATOR, ROBERT KIRKMAN!
Kyle Barnes has been plagued by demonic possession all his life and now he needs answers. Unfortunately, what he uncovers along the way could bring about the end of life on Earth as we know it.

WHY TO WATCH FOR IT: I was admittedly skeptical of this highly anticipated new series from Robert Kirkman –does he have anything left after The Walking Dead and Invincible? The answer is yes. A visceral twist that is sure to shake up your atypical viewpoint on possession/poltergeist/exorcism stories, and Paul Azaceta does a masterful job of visual storytelling on every page. Six issues and a compelling story at a great price makes this one worth watching for. 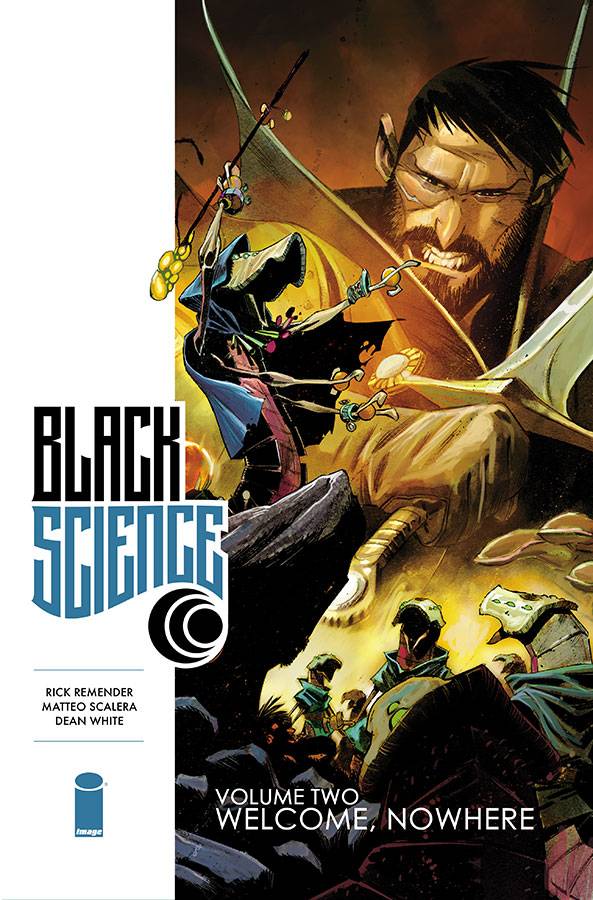 The Anarchist League of Scientists has lost their leader, the most recent victim of the Pillar’s violently random jumps through the Eververse…but are they really random? As the survivors fight their way through a world where magic and science are one and the same, the secrets of their predicament slowly come to light…and illuminate a terrible truth.

WHY TO WATCH FOR IT: This is uninhibited science-fiction that writer Rick Remender absolutely loves to do. The ambition in storytelling leaves absolutely nothing off the table for this series. Artists Matteo Scalera and Dean White bring sharp edgy pencils with soft colors that brings the unthinkable to life. Volume two ups the stakes quickly and delves deeper into the motivations of the characters that is nothing short of wild. 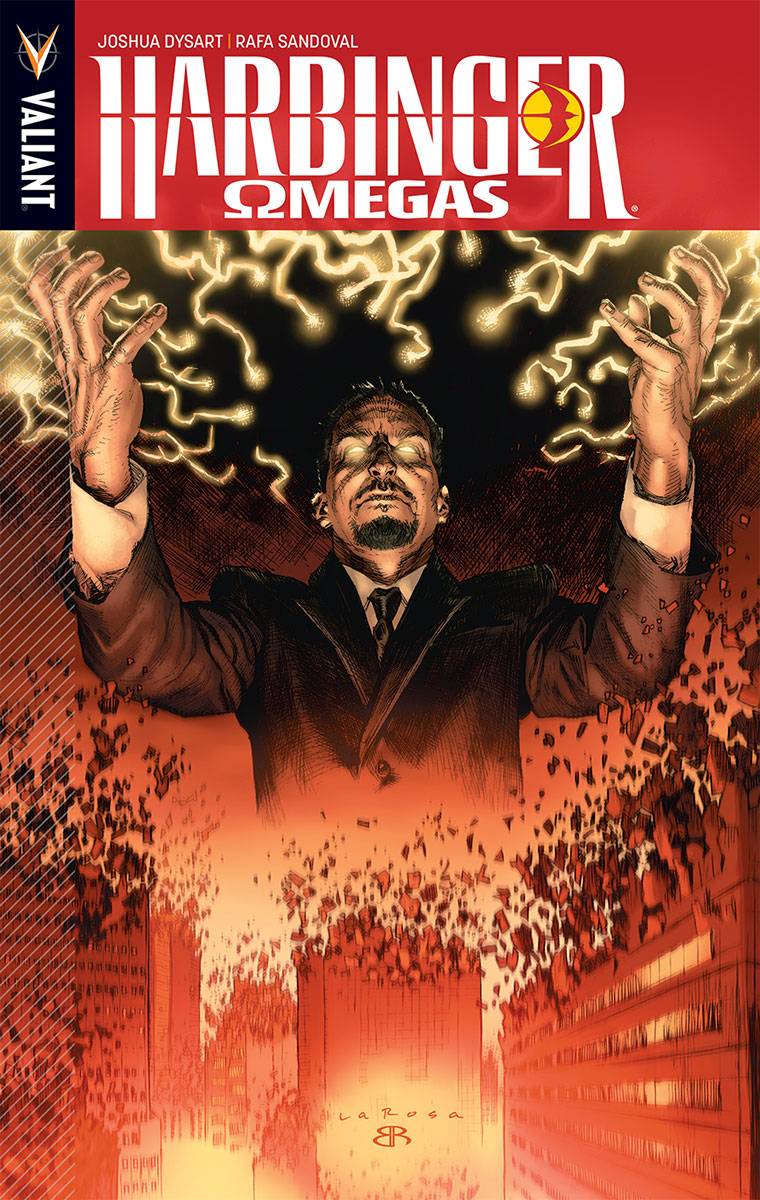 Cold war no more!
Peter Stanchek. Toyo Harada. The two most destructive superpowers in the world – literally – have come to a reckoning of will, and in the fallout of their cataclysmic conflict, each will come to grips with a world in which the other is free…and unchecked. Their former families, the Harbinger Foundation and the Renegades, lie in shards around them. What will stop these men – either of them – from reducing the world to ashes?
Jump on board the convention-defying series that the Onion/A.V. Club calls “the crown jewel of Valiant’s line-up” as New York Times best-selling writer Joshua Dysart and red-hot artists Rafa Sandoval, Khari Evans, Mico Suayan, and Stephen Segovia close the door on one generation of Harbinger Renegades…and prepare the foundation for another. Collecting HARBINGER: OMEGAS #1-3 and HARBINGER: BLEEDING MONK #0.

WHY TO WATCH FOR IT: Harbinger has been one of my favorite series coming from Valiant right now. It has been able to capture the spirit of old X-Men comics while being very uncensored and its own entire entity. With that said, if you’ve been late to the game, this is a great jumping on point as we enter a new class of young people with unlocked potential. 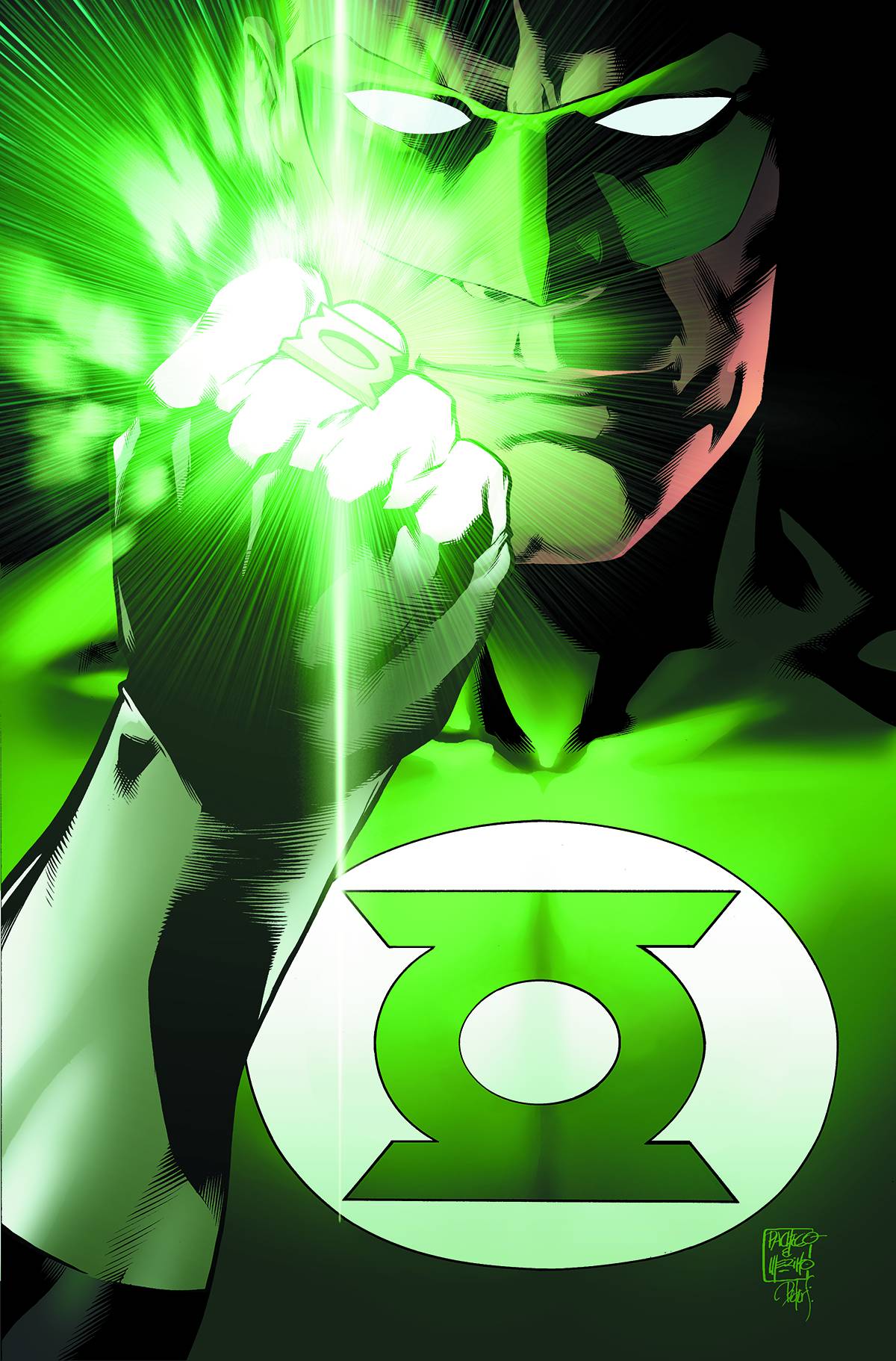 WHY TO WATCH FOR IT: I have been a complete stranger to the Green Lantern side of the DC Universe. I’ve heard great things about writer Geoff Johns and his epic run on the series, but didn’t feel like scouring back issues or trades. Finally, this problem has been solved with the first volume of omnibus collections. If you’ve been curious like me, then this is the hardcover collection you (and your book shelf) have been waiting for!