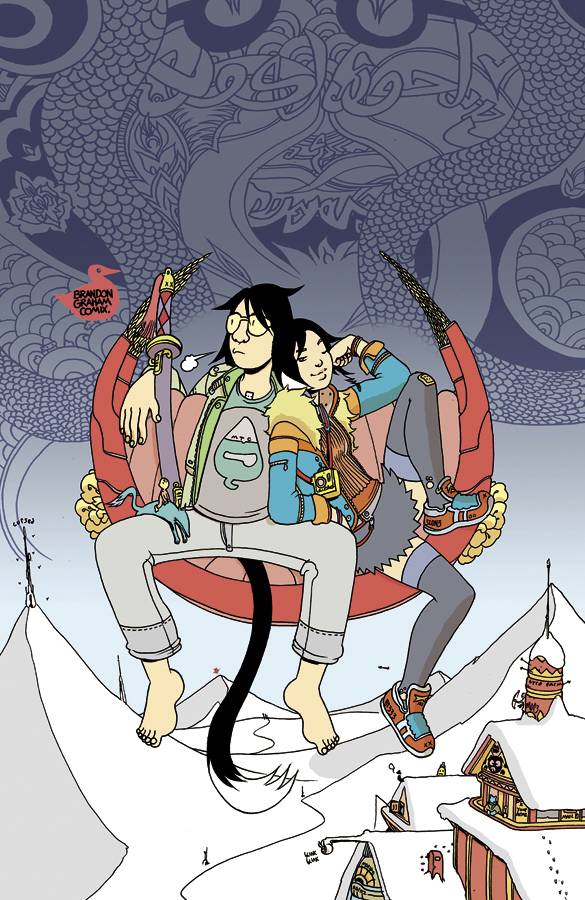 We are a mere 48 hours away from new comic books, and a whole fresh crop of collections as well! If your bookshelf is in need of a trade or hardcover infusion, look no further than the top five releases of January 8, 2013: 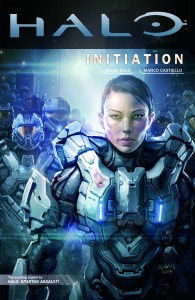 Halo®-one of the most iconic video game franchises in history-comes to Dark Horse!

Before she was a supersolider defending humanity as part of the Spartan-IV program, Sarah Palmer was an ODST-Orbital Drop Shock Trooper-carrying out the most dangerous missions behind enemy lines!

Join her on her dramatic journey from the ranks of humanity’s toughest leathernecks to the highest echelon of elite warriors in the galaxy. Collects the three-issue miniseries.

Why to watch for it: Brian Reed brings the the comic medium deeper into the world of Halo as a primer for the current ongoing! 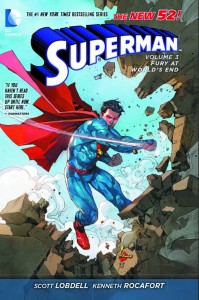 H’El has come to Earth in these stories from SUPERMAN #0 and 13-17! When a mysterious ghost from Krypton’s past comes to Metropolis in hopes of finding the lost planet’s last son, his arrival comes with disastrous consequences for not just Superman, but also for Superboy and Supergirl. H’El has decided that Earth is the place to resurrect Krypton, but the price the lives of everyone on the planet! Guest-starring the Justice League, Wonder Woman, Orion and more!

Why to watch for it: H’El on Earth storms through Superman as the rest of the DCU comes to the title, featuring art by Kenneth Rocafort! 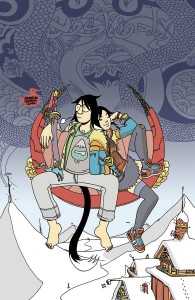 Ex-organ smuggler Sexica and her werewolf boyfriend Nikoli travel across a sci-fi/fantasy version of Russia while the hardcore organ hound Blue Nura tracks a bounty across radioactive wastelands.

Slice of life comics from a world where magic and monsters are commonplace.

Why to watch for it: The whole meal deal, as crafted by one of Image’s brightest, Brandon Graham. There is nothing else like Multiple Warheads, and this is where you can get it all, in a single volume. 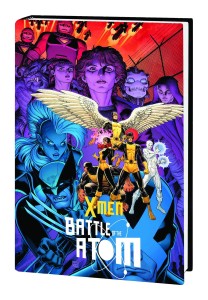 The X-Men’s past, present and future collide in this 50th-anniversary event! Something horrible happens to the past versions of the X-Men that shakes spacetime to its core – and more X-Men arrive from the future with a message: The original five must return home! But when young Cyclops and Marvel Girl run away to stay in the present, the hunt is on! And where does the modern-day Cyclops’ revolutionary faction fit in? Things get even more complicated when mysterious foes attack the Jean Grey School, and the healing-impaired Wolverine takes a mortal hit! With spacetime up for grabs, the surprise ending will change everything as the X-Men’s footing in the world is drastically altered! Collecting X-MEN: BATTLE OF THE ATOM #1-2, ALL-NEW X-MEN #16-17, X-MEN (2013) #5-6, UNCANNY X-MEN (2013) #12-13 and WOLVERINE & THE X-MEN #36-37.

Why to watch for it: Time travel. Tons of X-Men. Wild times. All the X-Title converge in a time spanning melee of madness that changes the dynamic of each of the X-teams. 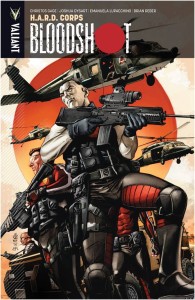 Out of the ashes of Harbinger Wars, Bloodshot is about to join the weaponized men and women of the HARBINGER ACTIVE RESISTANCE DIVISION – the black budget, technologically-augmented strike force where the powers are dangerously unstable and every mission is a one-way ticket into the meat grinder. With a reluctant leader calling the shots and a new crop of untested rookies manning the frontline, Bloodshot is about to take H.A.R.D. Corps behind enemy lines – and into a gasoline-drenched, synapsesnapping suicide run where no one is safe…and heroes always die trying.

Why to watch for it: Christos Gage takes the reigns of the Bloodshot title as the comic spins out of the Harbinger Wars. Joined by Harbinger writer Joshua Dysart and Archer & Armstrong artist Emanuela Lupacchino, Gage brings Bloodshot to a whole new place in the Valiant U.