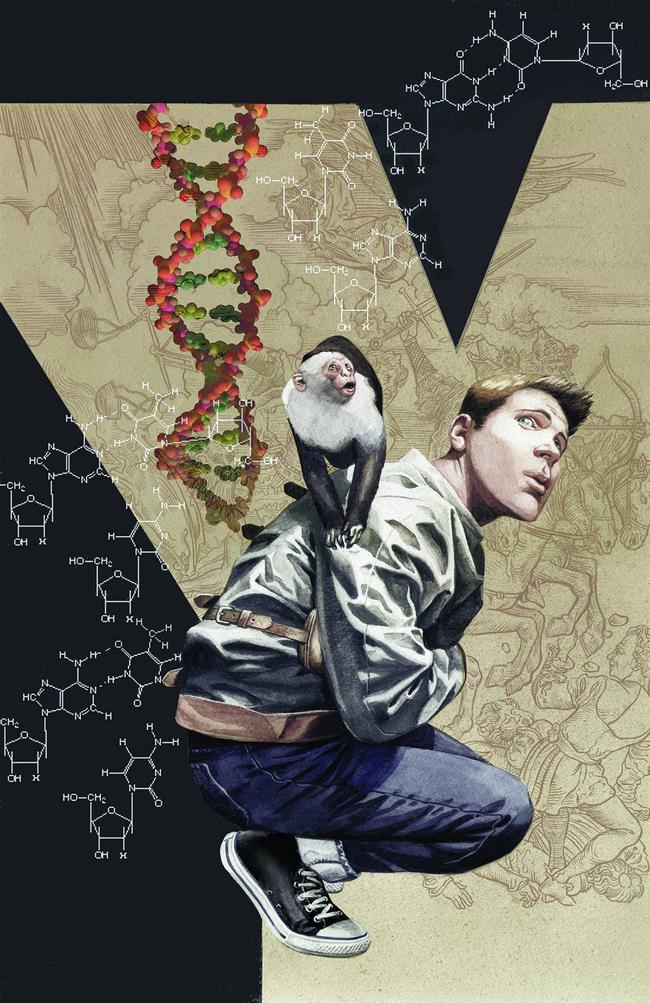 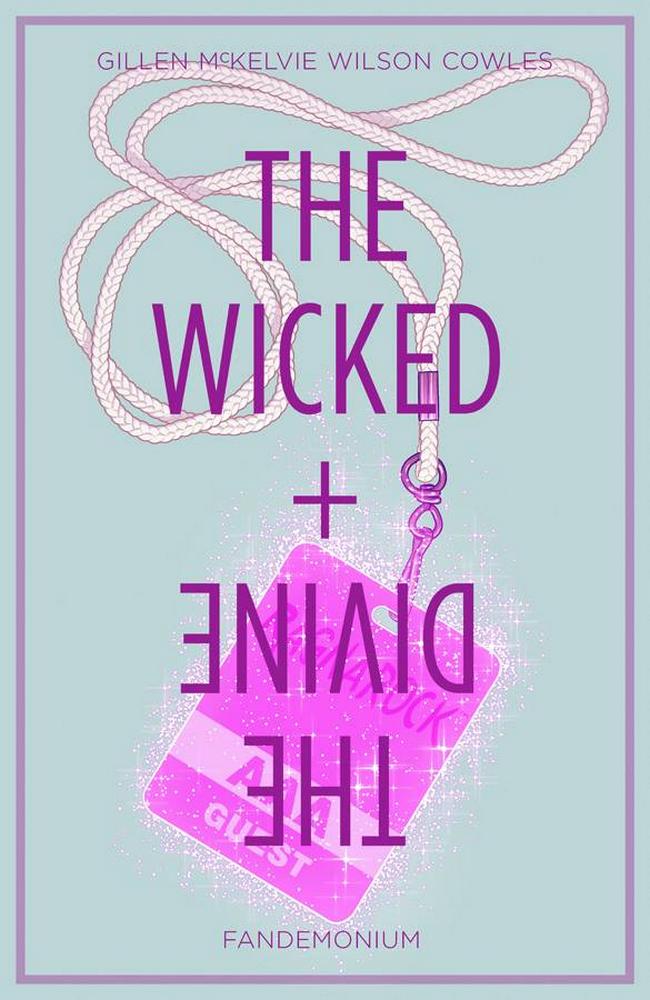 The critically-lauded best-selling hyphen-abusing series of stardom, divinity, and death returns with a second volume that’s even grander than the first, because it contains six issues instead of five. THE FAUST ACT is over. Welcome to FANDEMONIUM. Includes cover gallery and anything else we’ll cram in the back, because we just can’t help ourselves.

WHY TO WATCH FOR IT: Gillen and McKelvie have been creating one of the coolest runway/stage performances in comic book form. That’s it. Read it. 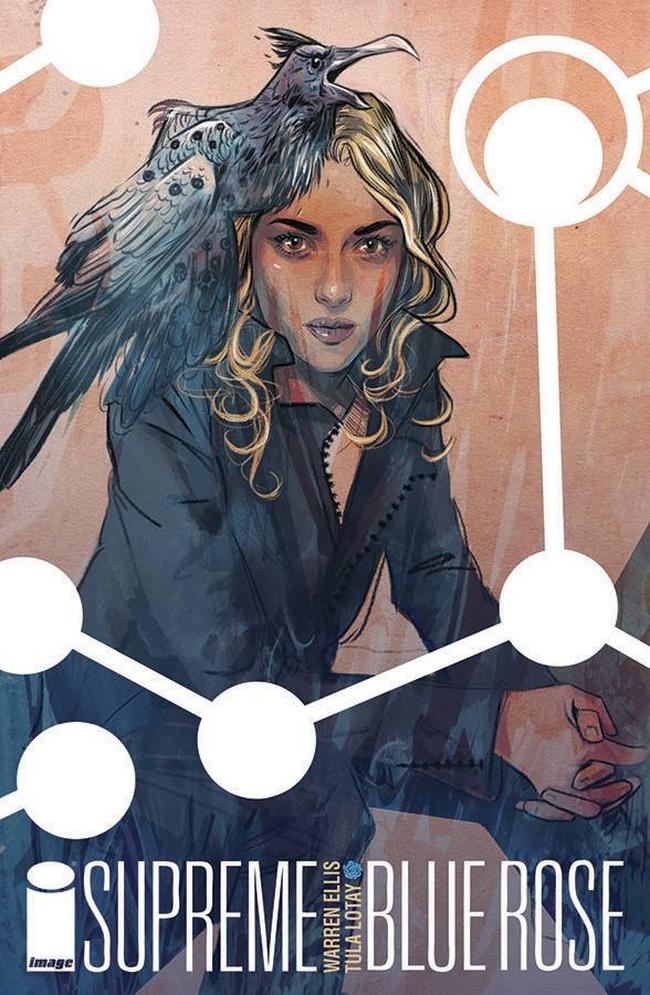 Unemployed reporter Diana Dane is hired by a mysterious intelligence broker to solve the biggest mysteries of 21st Century America: what fell on the town of Littlehaven, and who or what is “Supreme?”

WHY TO WATCH FOR IT: Warren Ellis and Tula Lotay extends the Supreme storyline with this series. Ellis is classically cryptic and Lotay is ethereal in her aesthetics, to make it worth checking out. 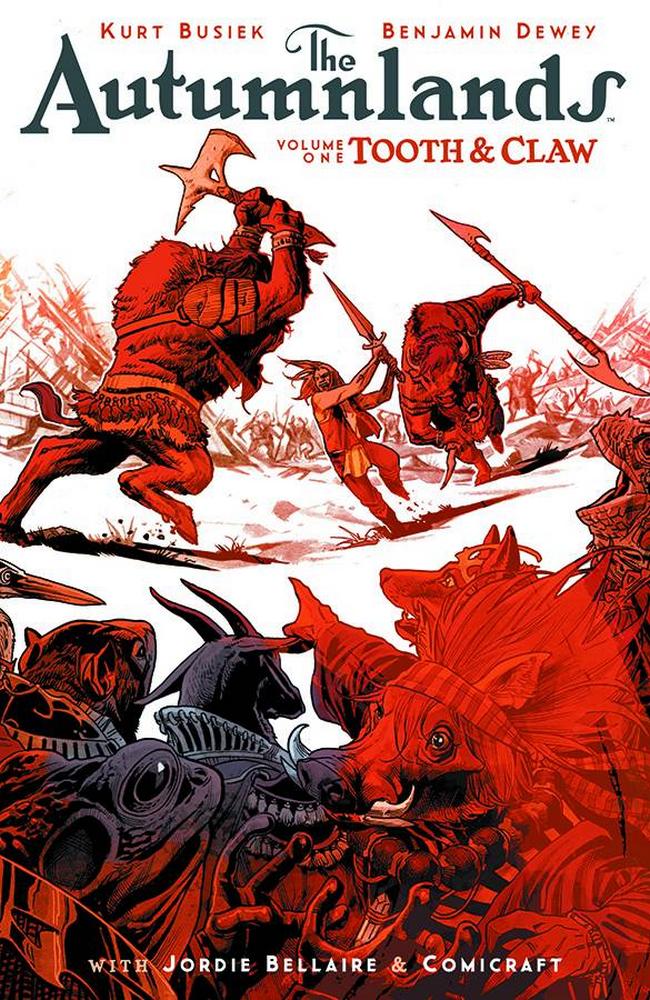 SPECIAL INTRODUCTORY PRICE OF $9.99!
The debut collection of the hit epic-fantasy series. When the wizards of the Autumnlands reach through time to bring back a legendary hero, they don’t get the savior they expected. But in a shattered, besieged city, he’s their only hope of survival-and possibly their entire world’s, as well.

WHY TO WATCH FOR IT: Busiek manifests an epic, fantasy story that is complimented so succinctly by Dewey’s detailed art, that it captures your attention and leaves you breathless. The story is grand in it’s scale and the stakes are high. Read this series. 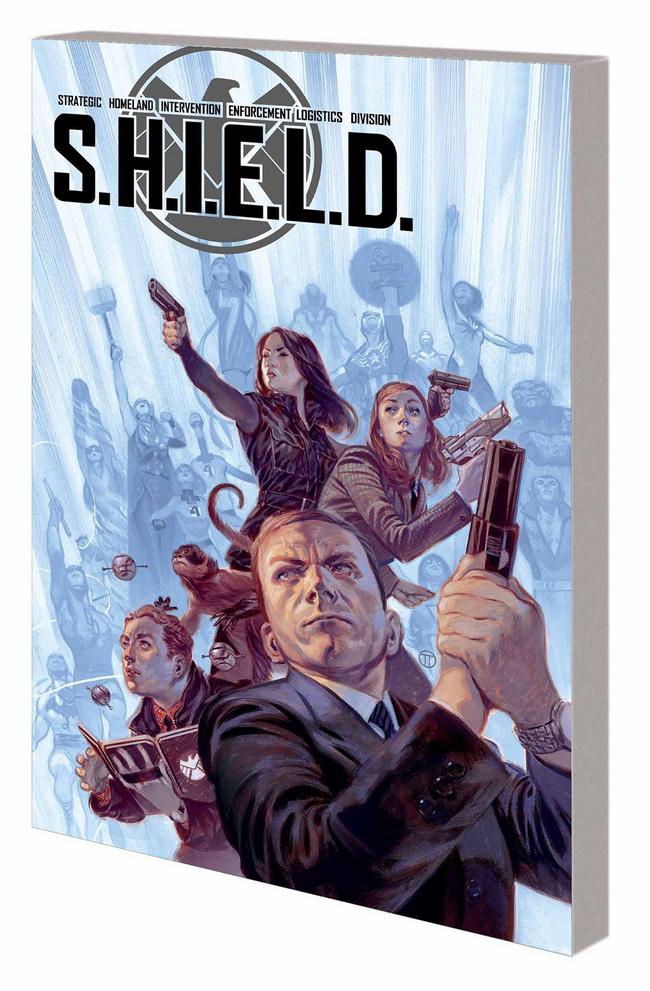 High-tech weapons. High-stakes missions. High-octane adventure! Special Agent Phil Coulson and his S.H.I.E.L.D. team bring together the best and the brightest, the gifted and the elite from across the Marvel Universe to confront, combat and curtail dangers beyond the scope of any conventional peacekeeping force! Coulson and Agents Melinda May, Leo Fitz and Jemma Simmons face a possessed Heimdall! Simmons goes undercover at Ms. Marvel’s New Jersey high school! When magical terrorists strike, Coulson and Spider-Man must lead a strike team into Dr. Strange’s mansion! S.H.I.E.L.D. reveals its most secret agent yet: Sue Richards, the Invisible Woman! The team’s super-science is useless when a mystical threat rears its head – luckily, the Scarlet Witch might be able to help! But can a battered and broken S.H.I.E.L.D. team protect Earth from the Mindless Plague? Welcome to level eight! Collecting S.H.I.E.L.D. (2015) #1-6.
Rated T+

WHY TO WATCH FOR IT: Fans of the TV show, Agents of S.H.I.E.L.D. have a great jumping on point here for comics as Mark Waid pairs up favorite characters from the TV series with some unlikely Marvel heroes. It’s fun, suspenseful and a solid reading experience in each issue.

This is the saga of Yorick Brown, the only survivor of a plague that kills every mammal with a Y chromosome. Accompanied by his pet monkey, Ampersand, a mysterious government agent and a brilliant young geneticist, Yorick travels the world in search of his lost love and the answer to why he’s the last man on earth.

WHY TO WATCH FOR IT: I personally have the trade paperback collection of Y: The Last Man, as well as hardcover editions, and I’m assuredly getting the Absolute versions. This long-awaited edition for this highly acclaimed series is a great way for fans of Saga to explore other works from Brian K. Vaughan.