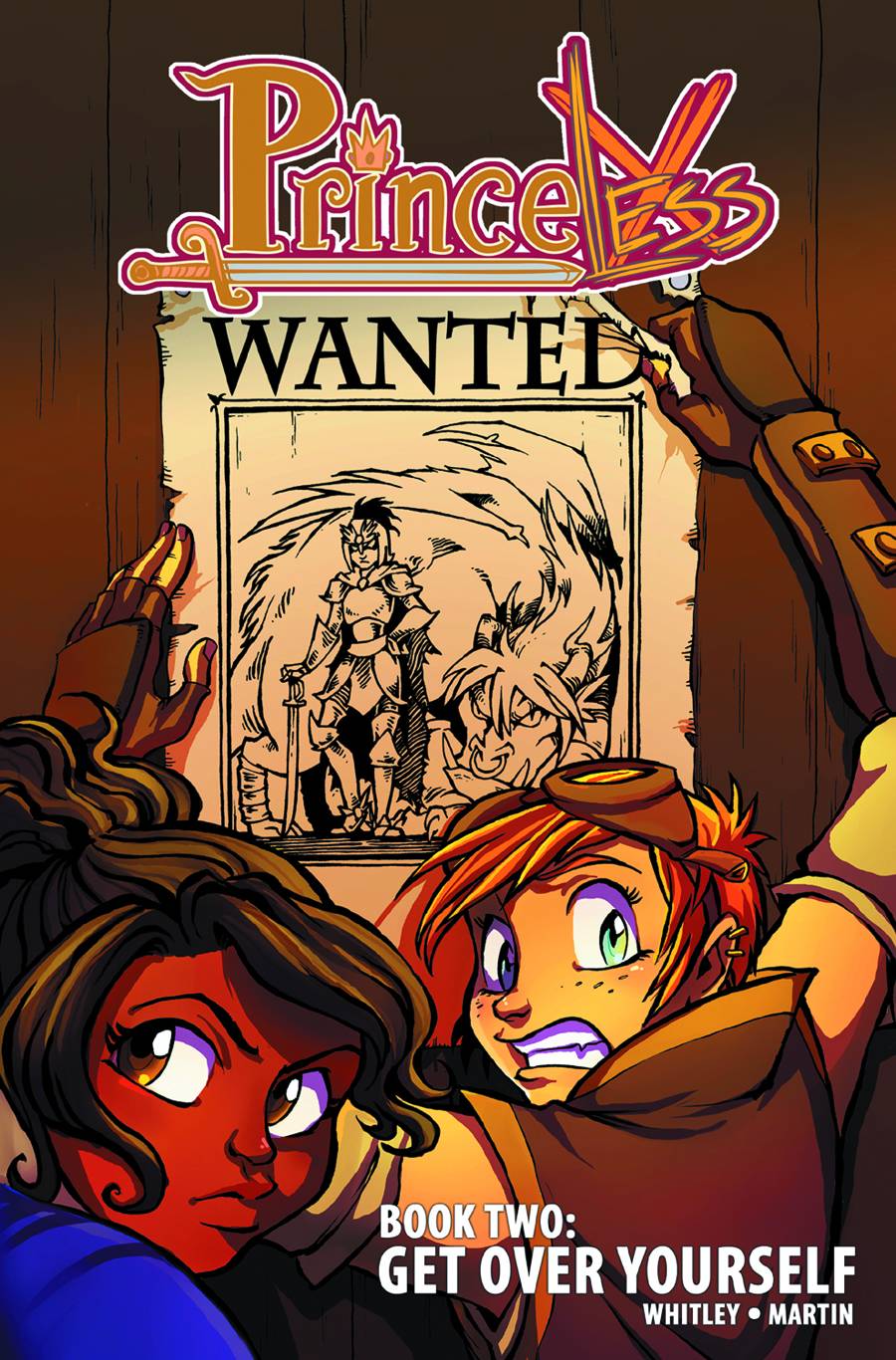 We are a mere 48 hours away from new comic books, and a whole fresh crop of collections as well! If your bookshelf is in need of a trade or hardcover infusion, look no further than the top five releases of July 17, 2013: 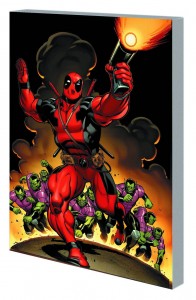 Daniel Way’s hilarious, action-packed run begins here! When the Merc with a Mouth is hired to rub out Wolverine, sparks will fly! But when both men can regenerate any wound in minutes, how can either one expect to finish off his foe? And whoever wins will have to face Wolverine’s murderous son, Daken! Then: The Skrulls haveinfiltrated Earth, but nobody warned them about Deadpool! The invaders replicate Deadpool’s healing factor in a new generation of Super-Skrulls – but why is Deadpool himself leading this brigade against Earth? And when NormanOsborn double-crosses Deadpool, the maniacal merc unleashes a full-on assault against Avengers Tower! Norman must pull out all the stops – and that means deploying his new team of bloodthirsty, black-ops Thunderbolts! Collecting WOLVERINE: ORIGINS #21-25, DEADPOOL (2008) #1-12, THUNDERBOLTS #130-131 and DEADPOOL SAGA.

Why to watch for it: Daniel Way’s entire Deadpool run, being collected in one place! The complete collections chronicle Way’s quick witted run on the Merc with a Mouth! 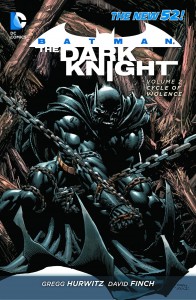 In this second New 52 volume, The Scarecrow has returned! The villainous genius has always preyed on the worst fears of his victims, but now he’s refined his fear toxin to greater effectiveness-and deadlier consequences. As The Scarecrow’s origin is revelead, Batman must find out not only how to conquer this dangerous psychopath, but how to beat his own worst fear. This volume collects from BATMAN: THE DARK KNIGHT #10-15 and #0.

Why to watch for it: The second volume of Batman: The Dark Knight storms into stores with artist David Finch introducing the Scarecrow! 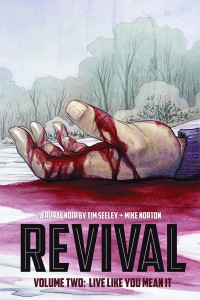 For one day in rural central Wisconsin, the dead came back to life. Now the living and the recently returned struggle to maintain a sense of normalcy, amidst political and religious conflicts.

Why to watch for it: Tim Seeley & Mike Norton’s rural noir continues with a second volume as unpredictable as the first! 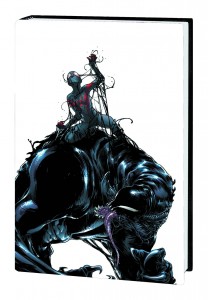 Miles Morales finally has his costume and web-shooters – and now he has his first A-list Spider-Man villain. There’s a new Venom in town, and he’s hungry! But who exactly is the new Venom, what is his terrible connection to Miles’ father, and how does he know so much about Miles? As his father lies in critical condition, a desperate Miles turns to the one person who can help him: Gwen Stacy! The final showdown with Venom looms, but how does Gwen figure into it – and how will the battle change both her and Miles’ lives forever? Plus: The Daily Bugle is on the hunt to find out everything they can about the new Spider-Man, but what they discover will surprise them, you – and him! Collecting ULTIMATE COMICS SPIDER-MAN (2011) #16.1 and #19-22.

Why to watch for it: Bendis’ epic Ultimate Spider-Man run continues as Miles continues to be drawn further into the world of being a superhero and living in the world Peter Parker once did! 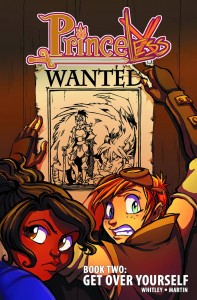 A brand new collection of the adventures of everyone’s favorite runaway princess, the incomparable Adrienne. This time she’s out to rescue her older sister Angelica, the most beautiful princess in the world. It won’t be easy though. Not only does Adrienne have to deal with Angelica’s legions of admirers and their sibling rivalry, but the King has hired a band of ruthless mercenaries to track her down. Can she save Angelica? Does she want to? And how will she deal with these deadly knights who are after her head?

Why to watch for it: Jeremy Whitley’s fantastic series about a runaway princess forges onward, with a princess who needs no prince to save her! All-ages at its very best, folks!