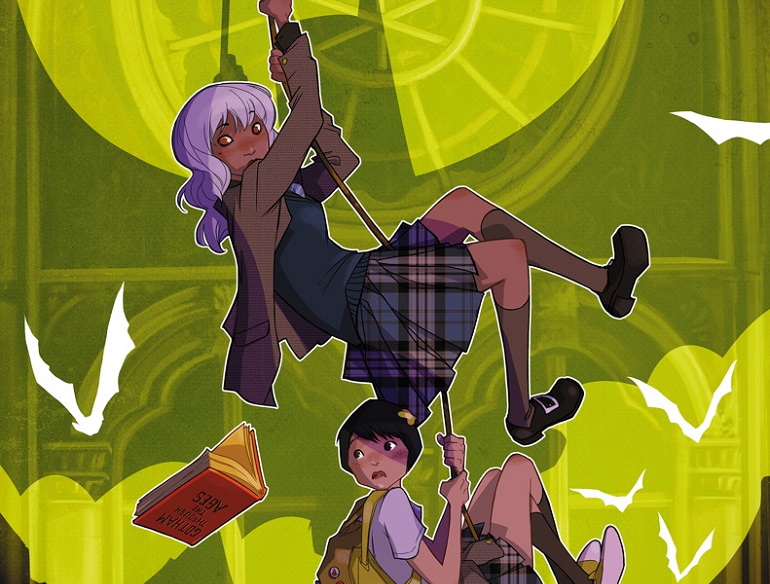 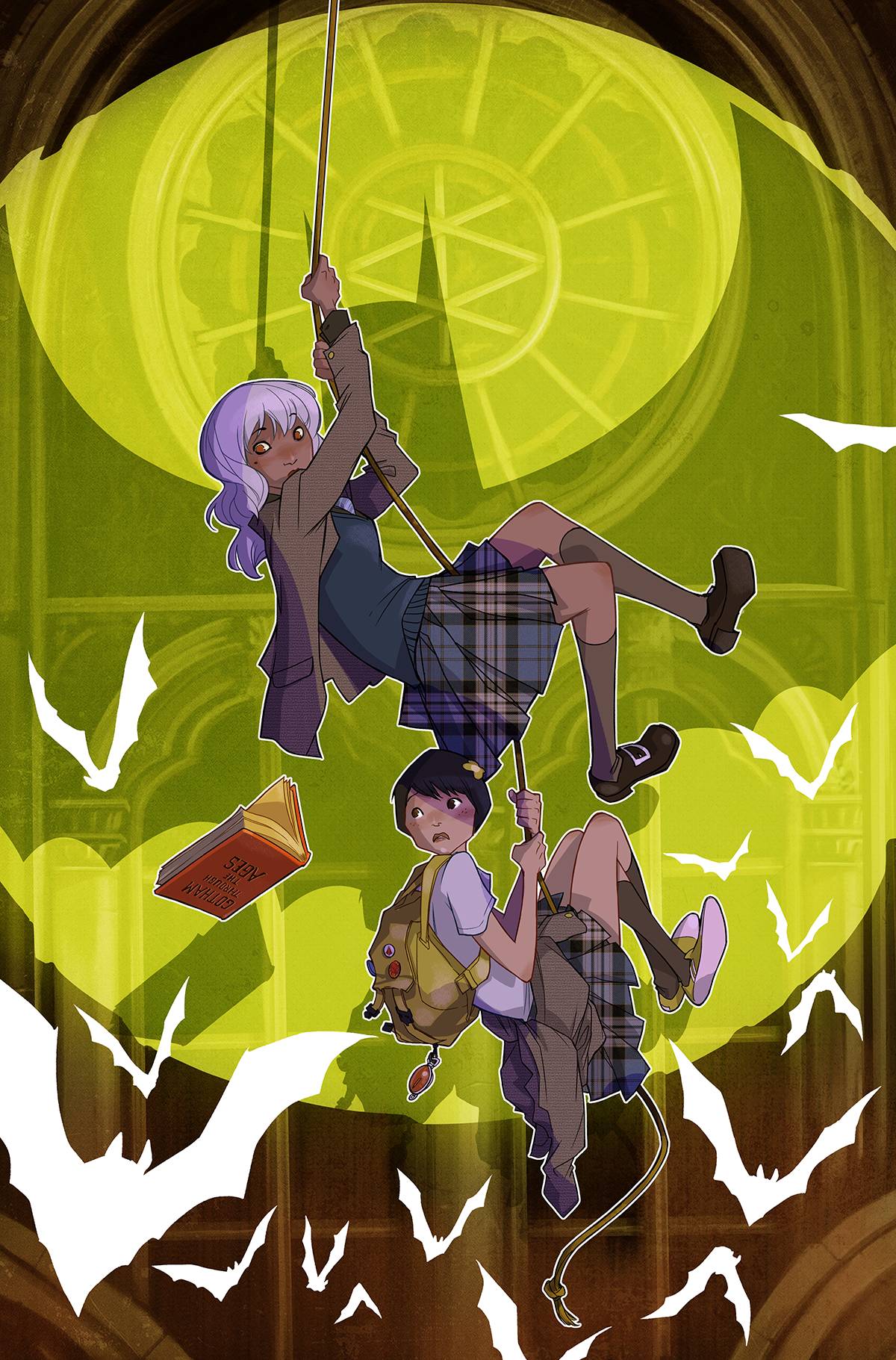 Gotham City’s most prestigious prep school is a very strange place. It’s got a spooky campus, oddball teachers, and rich benefactors always dropping by…like that weirdo Bruce Wayne. But nothing is as strange as the students! Like, what’s up with Olive Silverlock? Is she crazy or what? Where did she go last summer? And what’s the deal with her creepy mom? And how come that freshman Maps is always following her around? And is she still going out with Kyle? P.S. Did you hear the rumor about the ghost in the North Hall?! It’s all here in these tales from issues #1-6 of the new series!

WHY TO WATCH FOR IT: Gotham Academy has been one of the hottest titles to emerge from DC as it introduces you to some new characters that you will absolutely adore and loathe, from a perspective of Gotham that you have never, ever experienced before. 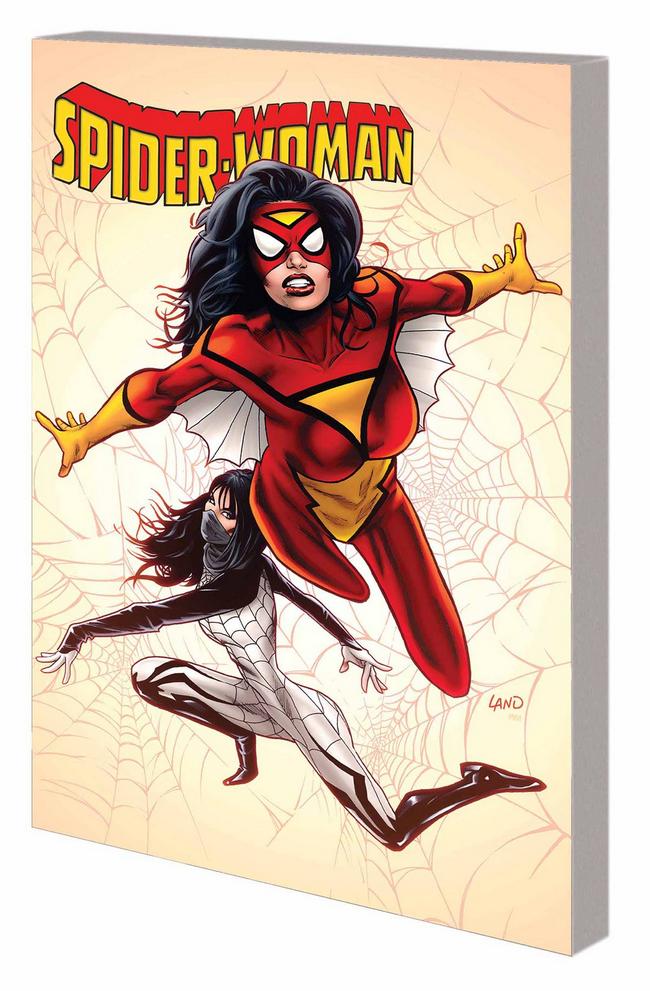 Jessica Drew has been an agent of both S.H.I.E.L.D. and S.W.O.R.D., an Avenger and more – but nothing could prepare her for the multidimensional insanity of Spider-Verse! A war is brewing, and every spider-character in the multiverse is a target! But being a target is something Jessica Drew just won’t abide. She’s a woman with a mission. And with Silk – the newest spider on the block – at her side, she’ll need to put all her training to the test if she wants to make it out of Spider-Verse alive! Now, undercover in the most dangerous place in the multiverse, Spider-Woman is in the tightest spot she’s ever been in. What if even succeeding with her mission means her death? And can Silk handle a solo mission? Plus: Spider-Woman’s classic debut! Collecting SPIDER-WOMAN (2014) #1-4 and MARVEL SPOTLIGHT (1971) #32.

WHY TO WATCH FOR IT: After the dust settled from the incredibly controversial variant cover, we actually have a very engaging story that highlights a lot of the traits that makes Jessica Drew such an enjoyable character in the Marvel Universe in her new solo series debut. There is also a neat, historical debut included in this collectio for newer fans to enjoy here. 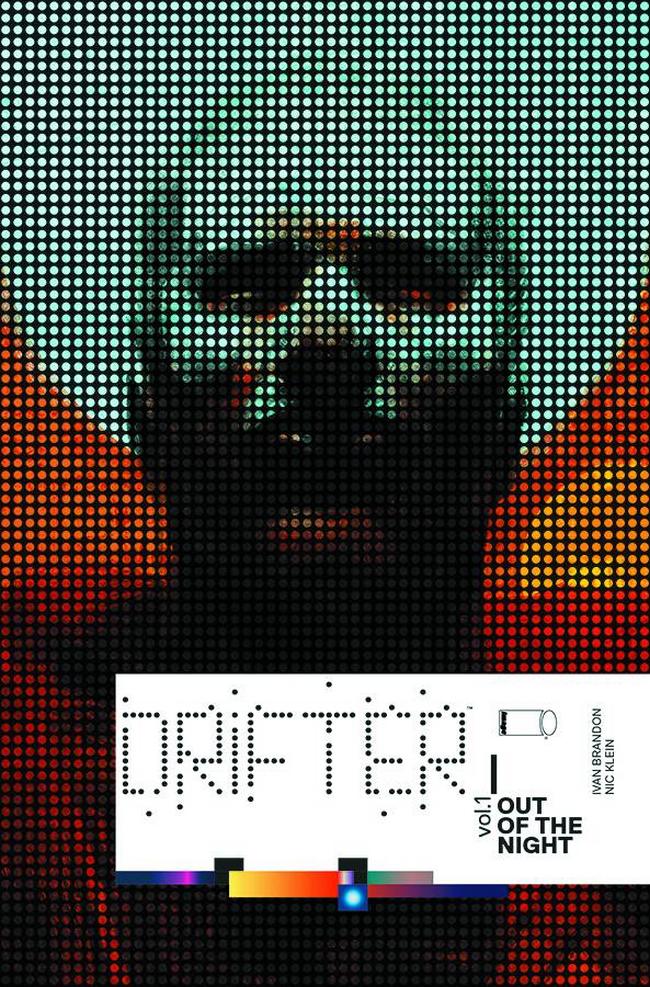 DRIFTER TP VOL 01 OUT OF THE NIGHT
Written by Ivan Brandon
Art by Nic Klein
Published by IMAGE COMICS
Price: $9.99

SPECIAL LOW INTRODUCTORY PRICE OF $9.99!
Abram Pollux barely survives a crash landing on Ouro, a lawless backwater planet, only to end up on the wrong end of a bullet.

What starts as a struggle for survival quickly becomes a journey to the very edges of what it means to be human, as Pollux searches for answers among the ruins of this forgotten world. And if he can’t have answers, he’ll at least have his revenge.

Catch up on the first collection of IVAN BRANDON & NIC KLEIN’s seminal sci-fi epic before the story continues in July with DRIFTER #6.

WHY TO WATCH FOR IT: This is another incredible science fiction series from Image, but what sets it apart is the gorgeous, immersive art and it’s palpable story. A must read for those looking for something more cerebral than typical sci-fi fodder. 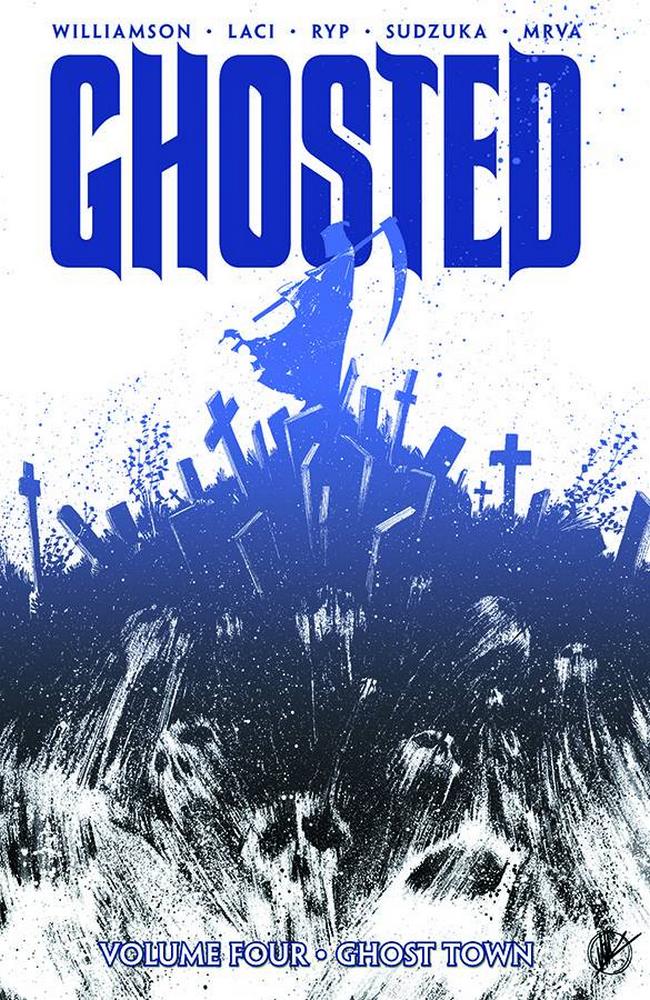 In a newly created ghost town, a portal to the afterlife has emerged-setting the stage for the greatest heist of Jackson’s career.

WHY TO WATCH FOR IT: Ghosted is easily one of the most bizzarest and unruliest ride in comics you’ll ever experience as Josh Williamson takes you down the gruesome path of a haunted man and his inevitabilities. Action, violence, suspense, and the occult are just some of the many things you’ll experience here in this series. 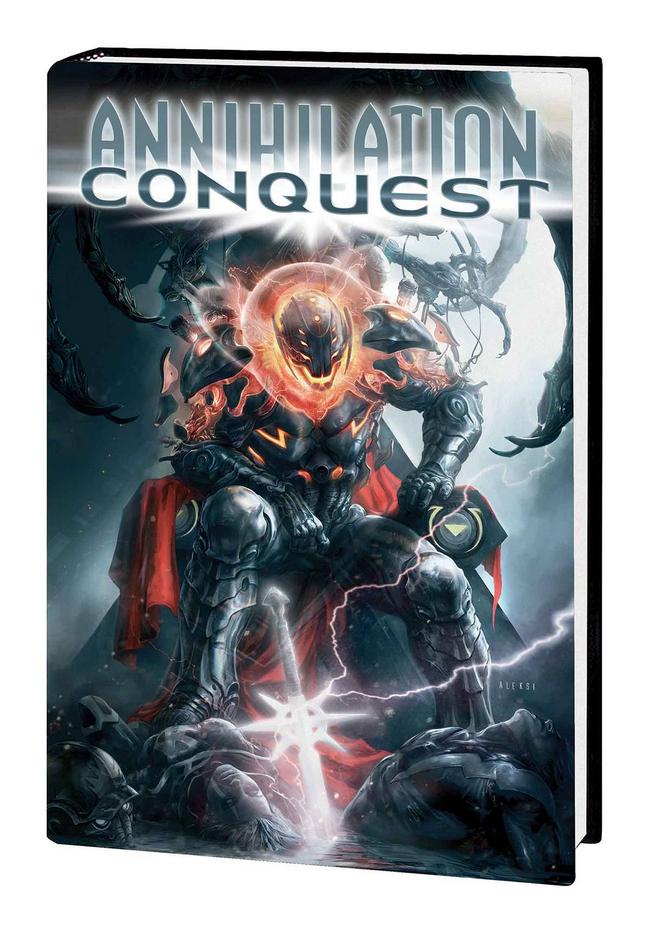 WHY TO WATCH FOR IT: One of the precursors to the modern day Guardians of the Galaxy is finally collected in omnibus form! People searching for out of print issues and out of print trade paperbacks need not look any further. Catch up on everything this exciting story has to tell before it’s too late.