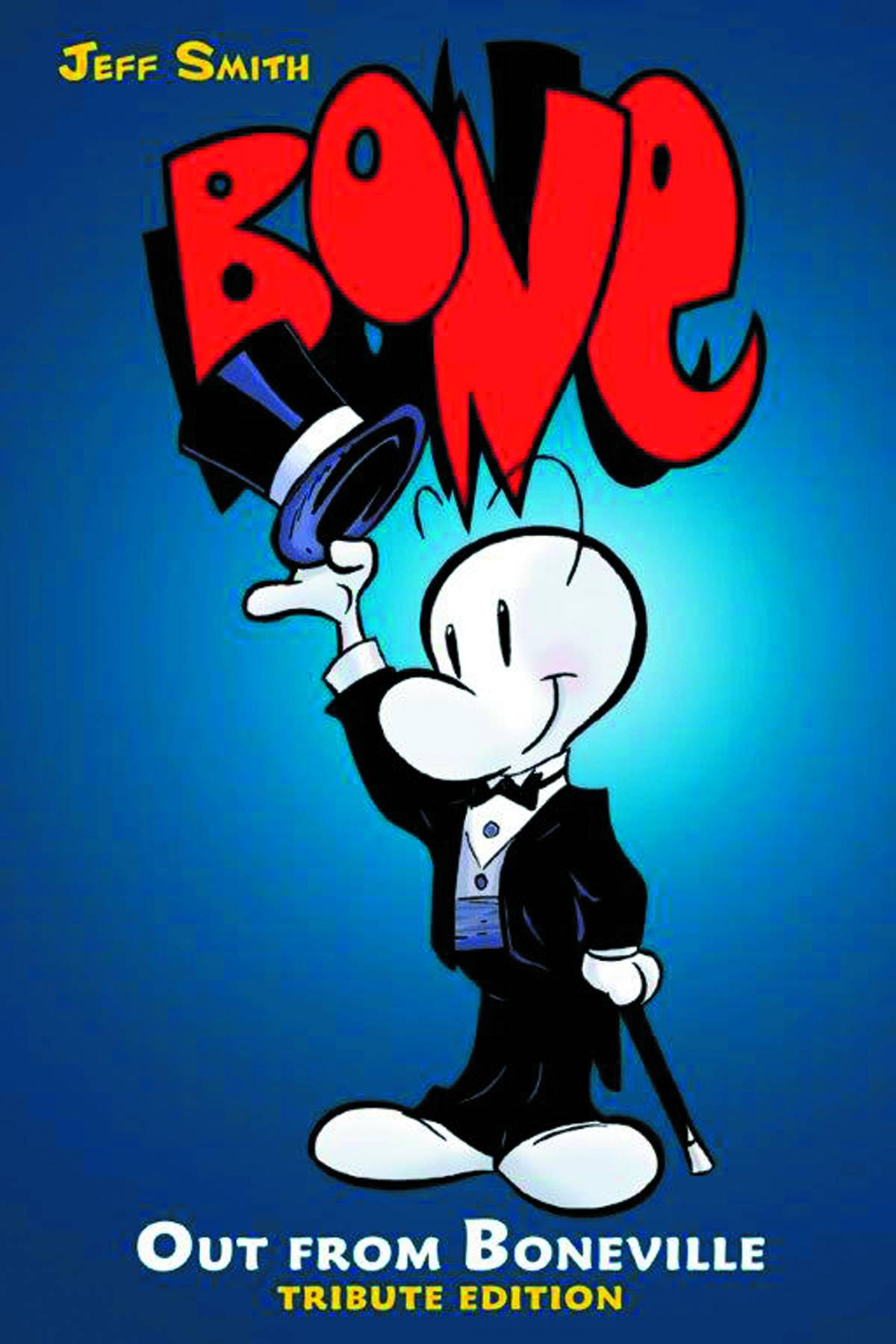 It’s another Monday and that means another look at some of the hottest trade paperbacks, collected editions, and graphic novels in this week’s “Trade Waiting” – your weekly spotlight of five noteworthy comic book collections that are being released to stores this Wednesday and why you should watch out for them! 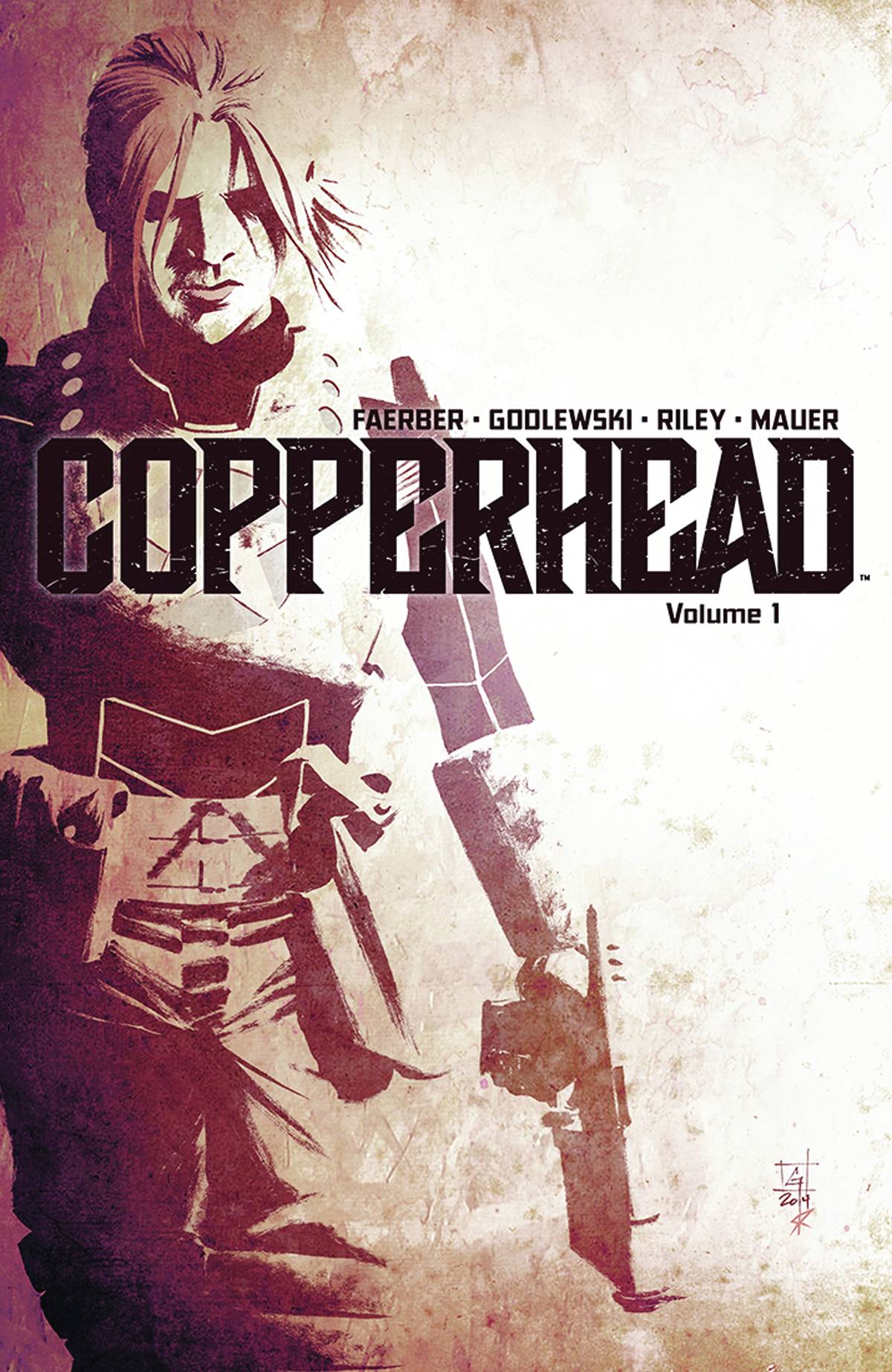 “Copperhead is the best Image debut of the year and my favorite new comic.” – Brian K. Vaughan (SAGA, Y – THE LAST MAN)

WHY TO WATCH FOR IT: To put it simply, Copperhead is one of the best new series to emerge from Image Comics right now. Jay Faerber is writing incredibly intelligent dialogue and scenarios, while artist Scott Godlewski eschews poise and style on every page. This is an interesting spin on the hybrid, space-western genre, told from the tough perspective of a single mother and the deputy that was the sheriff before she got the job. This isn’t just a must read for sci-fi fans, but for all fans of comics. 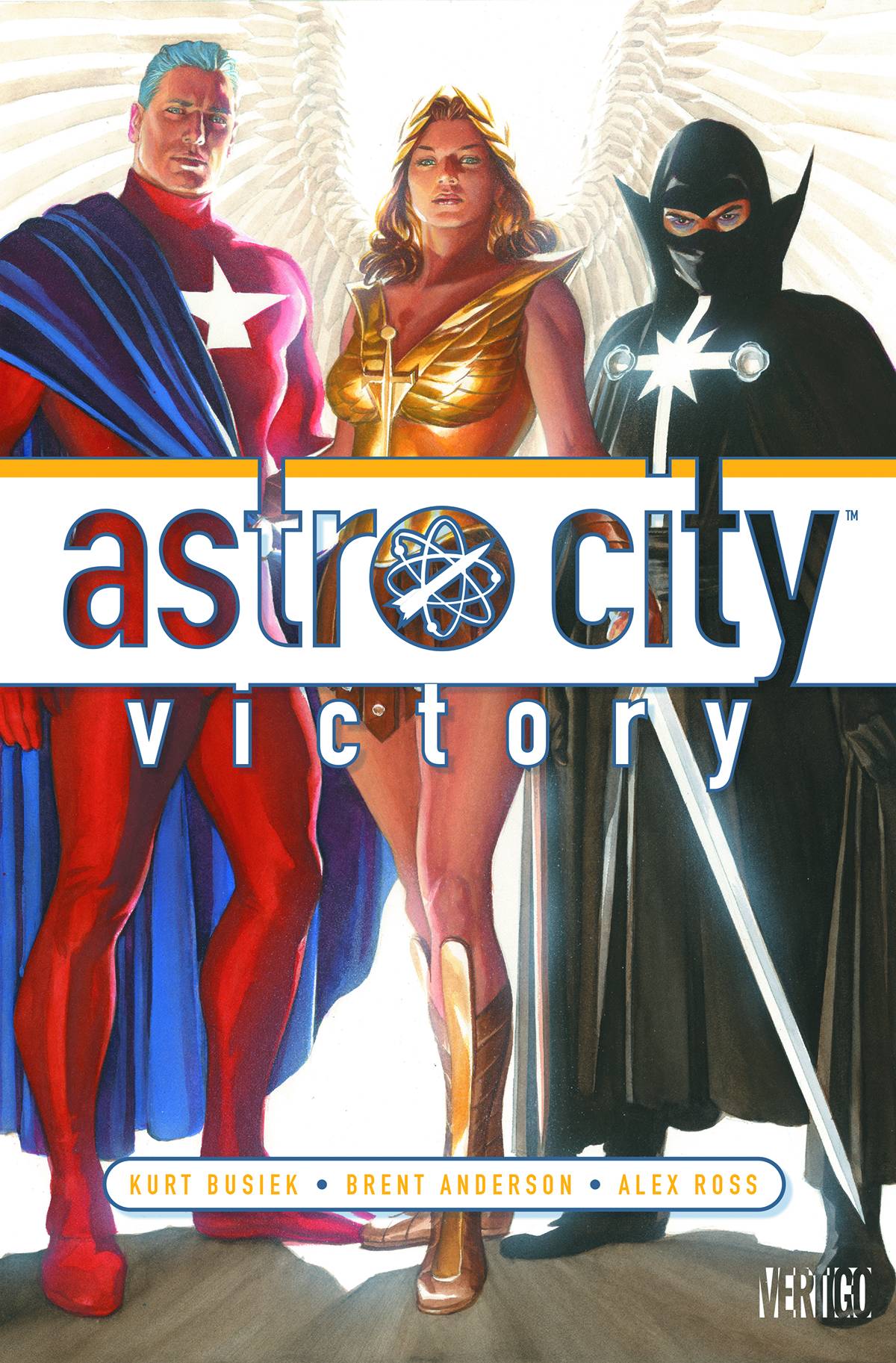 In these tales from ASTRO CITY #7-10, a major new epic features Winged Victory, Samaritan, and the Confessor. When criminal charges are brought against Winged Victory, the Confessor must investigate – and it leads to open combat with Samaritan! Can Astro City’s three greatest heroes find a way to work together against this mystery threat? Plus, ASTRO CITY VISITOR’S GUIDE #1, including a tale revealing Winged Victory’s origin!

WHY TO WATCH FOR IT: This is a particularly great story arc during the course of Astro City that posits a lot on gender and what that entails from the position of the strongest female superhero in the world. Busiek creates some thought provoking suppositions and is still able to keep things palpable and enticing. It’s easy to make Justice League analogies and write this off, but this goes to a place where bug publishers have been too afraid to go for quite some time. 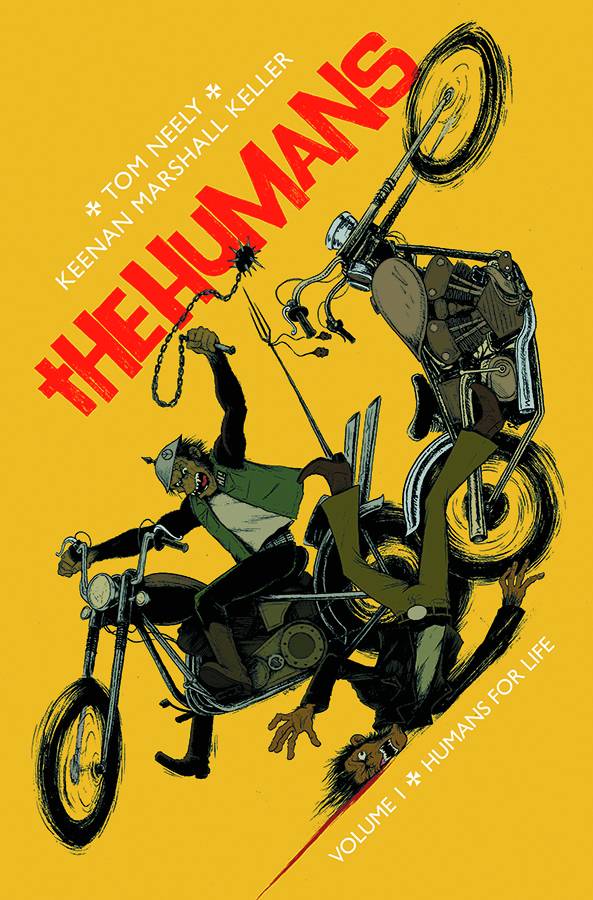 Follow the Humans as they deal out beatings, cook drugs, party endlessly, and struggle to keep their turf and status amongst the numerous outlaws, rival gangs, and bonafide killers. All of whom are trying to take their spot at the top of the heap.

Plus: pin-ups by BENJAMIN MARRA, JOHNNY RYAN, SKINNER, KATIE SKELLY, KRISTINA COLLANTES, BELA DEHM, and some other goodies thrown in too.

WHY TO WATCH FOR IT: This is some wild comic book making. Writer Keenan Keller and artist Tom Neely embody the spirit of DIY and being a badass in the 70’s. Theres psychadelic drugs, rock ‘n’ roll, motorcycles, sex, violence, profanity, and humor that’s coy enough to be tongue-in-cheek, but relentless enough to grab your attention. There isn’t any polish or over production to Humans, and I wouldn’t have it any other way. 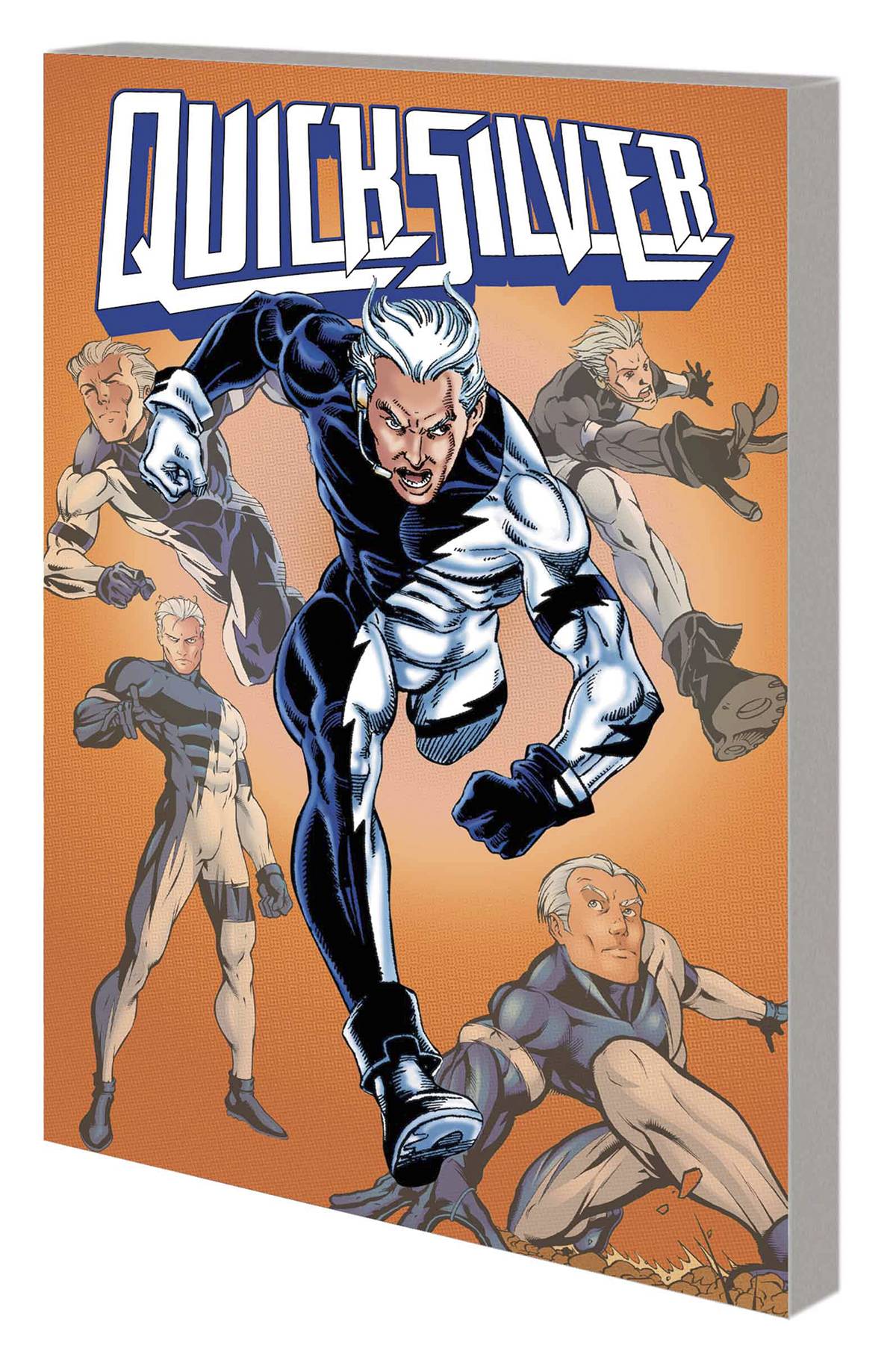 In the wake of Onslaught, the Avenger called Quicksilver forges a new path! When Wundagore Mountain falls to Exodus and his fanatical Acolytes, the High Evolutionary puts the mercurial mutant in charge of the evolved beasts known as the Knights of Wundagore. Now, the newly honored “Sir Pietro” leads these animals-turned-New Men out into an unfamiliar world, and straight into an encounter with Thundra and Arkon! But when the heroes return – and Quicksilver is reunited with his sister, the Scarlet Witch; his ex-wife, Crystal; and the other Avengers and Inhumans – it all races to a chaotic climax and a Siege of Wundagore. Pietro joins the Heroes for Hire in final battle with Exodus, his Acolyte, and the resurgent High Evolutionary! Collecting QUICKSILVER #1-13, HEROES FOR HIRE (1997) #15-16 and HEROES FOR HIRE/QUICKSILVER ANNUAL ’98.
Rated T

WHY TO WATCH FOR IT: So a lot of you might be interested in the upcoming Avengers: Age of Ultron movie and are curious about a featured character named Quicksilver. While there isn’t much of the quintessential stuff about the character being introduced here, we do get a nice semblamce of the character and his personality. I’m also a sucker for Quicksilver’s wife Crystal and anything featuring Exodus or the High Evolutionary.

In 2005, Scholastic launched Graphix, an imprint solely dedicated to publishing graphic novels for children and teens, with the publication of Jeff Smith’s Bone in full color. To celebrate a decade of publishing, we offer this special tribute edition of Out From Boneville. Rediscover the world of Bone or explore it for the first time. Join Fone Bone, Phoney Bone, and Smiley Bone at the beginning of their incredible journey filled with wonderful and terrifying creatures. And as an extra treat, inside you’ll find 48 bonus pages of minicomics and artwork inspired by Bone and the lasting impact it’s had on our culture. Contributors include Kate Beaton, Kazu Kibuishi, Dav Pilkey, Raina Telgemeier, Doug TenNapel, Craig Thompson, Dan Santat, and more!

WHY TO WATCH FOR IT: Bone is one of the most treasured and heralded stories in comics ever. This commeratice edition is now in full color and is a great, new way to look at Bone –or introduce it to teens and children. Jeff Smith is brilliant, and if you’ve never heard of this, you’re welcome.