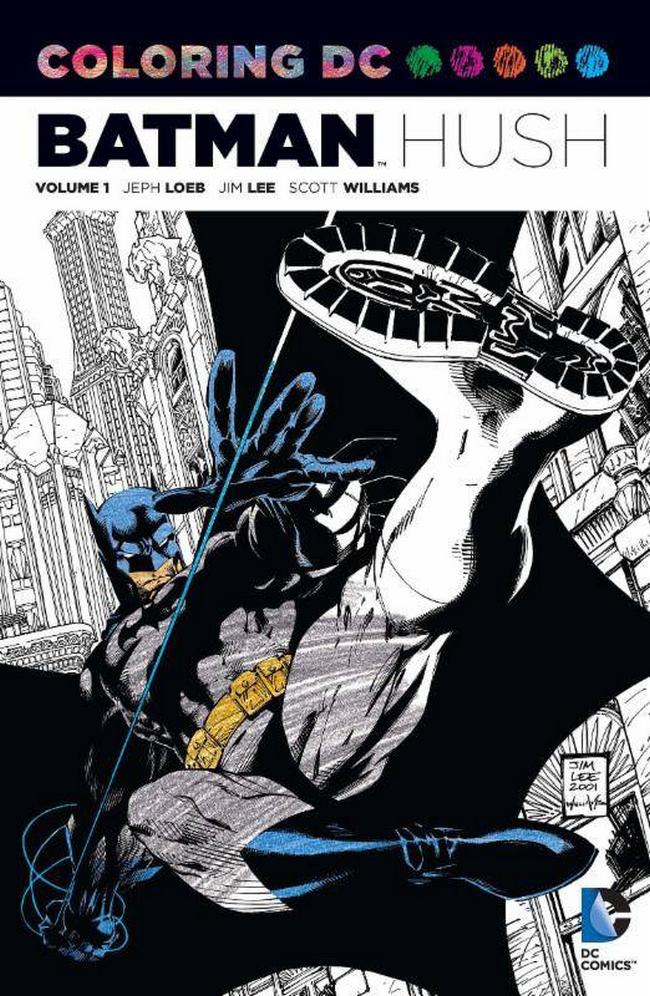 Salutations my fellow TRADE WAITERS! It’s time for a look at the week’s hottest trade paperbacks, collected editions, and graphic novels in this edition of “Trade Waiting” – your weekly spotlight of five noteworthy comic book collections that are being released this coming Wednesday and why you should watch out for them!

DC Comics presents classic adventures in a whole new way: in black and white, on heavy stock suitable for coloring! This title collects the opening chapters of “Batman: Hush,” from BATMAN #608-611 and a story from Wizard #0, all featuring spectacular artwork by Jim Lee and Scott Williams!

WHY TO WATCH FOR IT: This makes the list only because it’s a chance to revisit a classic story that many of you Batman fans have read several times over, but in a new way. Have you ever wanted to know what it’s like to color over Jim Lee/Scott Williams art? Here’s your chance! 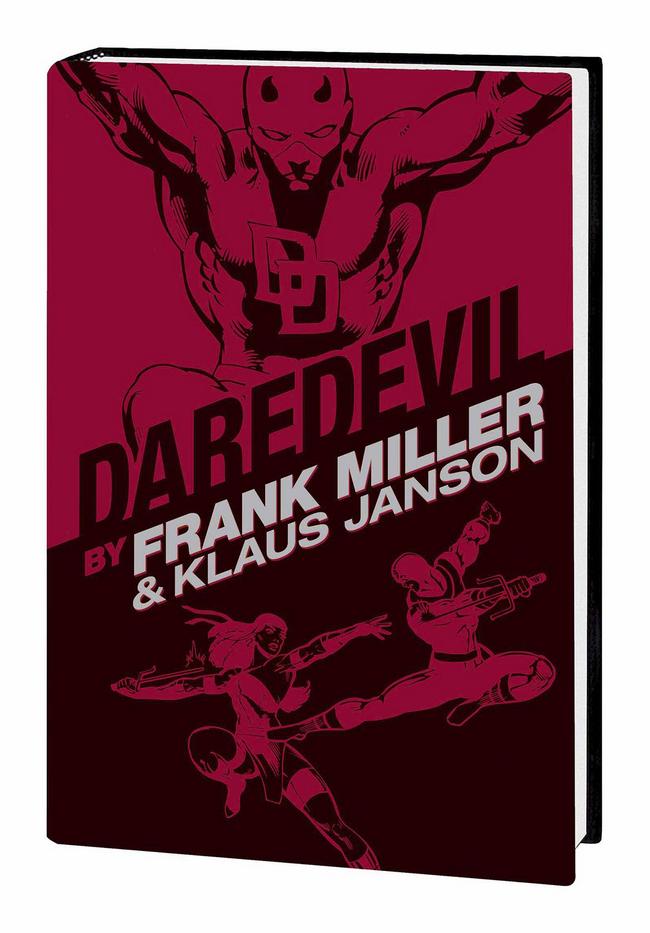 A classic Marvel hero redefined by one of comics’ greatest visionaries! Frank Miller’s spellbinding scripts and pulse-pounding pencils mark one of Daredevil’s greatest eras – but will the Kingpin and Bullseye’s efforts rob the Man Without Fear of everything he holds dear? Featuring the first appearances of Elektra, Stick and the Hand! The daring discovery that drew Ben Urich into Daredevil’s domain of darkness! And such forgotten-yet-formidable foes as Death-Stalker and the Gladiator! Traditional super-heroics mix effortlessly with mysterious martial artistry, doomed romance and dark personal drama. Take a rare look at the formative years of a brilliant comic-book creator and the series that made him famous. Guest-starring the Hulk, the Avengers, and Power Man and Iron Fist! Collecting DAREDEVIL (1964) #158-161 and #163-191, and material from WHAT IF? (1977) #28.
Rated T+

WHY TO WATCH FOR IT: In case you missed it the first time, here’s another chance for you to obtain one of the definitive versions of the crimson crusader Daredevil in his gritty glory. Lots of people are coming around to ol’ hornhead because of his insane popularity on the Netflix series and here is a one-stop shop to get a comic book cram session on everything about him. These Omnibus editions went rather quick the first time around, so I’m glad we’re getting a new printing. 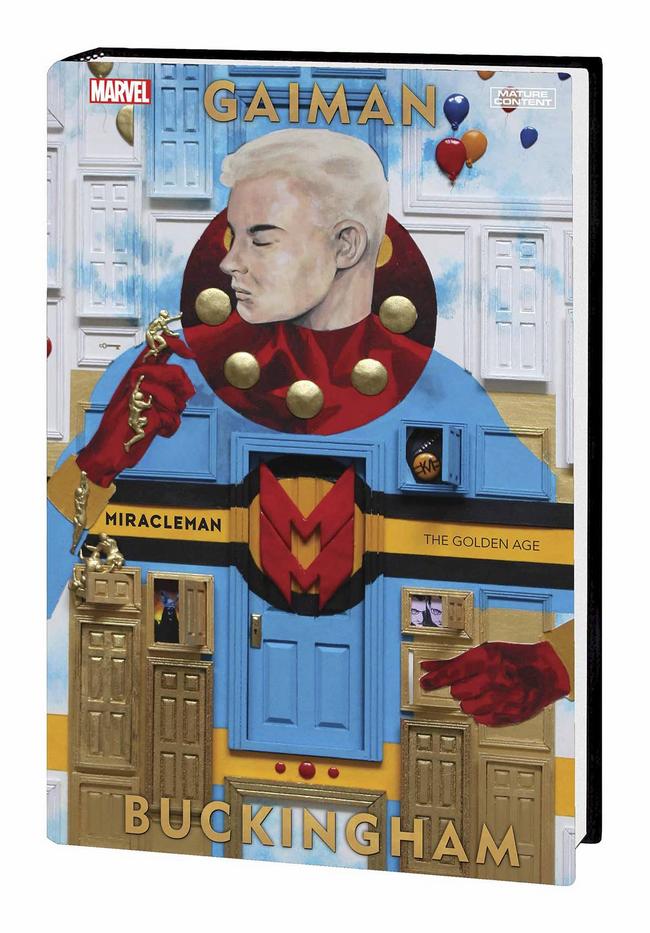 Award-winning writer NEIL GAIMAN (Sandman) and artist MARK BUCKINGHAM (Fables) unveil Miracleman’s Golden Age! Atop Olympus, Miracleman presides over a brave new world forged from London’s destruction. It is a world free of war, of famine, of poverty. A world of countless wonders. A world where pilgrims scale Olympus’s peak to petition their living god while, miles below, the dead return in fantastic android bodies. It is an Age of Miracles — but is humankind ready for it? Do we even want it? Is there a place for humanity in a world of gods? Gaiman and Buckingham delve into the lives of lonely idealists, rebellious schoolchildren and fracturing families, exploring the human constant in a changing world of gods and miracles. Collecting MIRACLEMAN BY GAIMAN & BUCKINGHAM #1-6.
Mature

WHY TO WATCH FOR IT: I’ve been waiting for a collected edition version of these to dive into for quite some time. Neil Gaiman has very rarely disappointed with anything he’s done in comic books, and Mark Buckingham’s reputation as an artist has been exceptional. Miracleman has always been a property that I’ve wanted to dive into and get a better understanding of, and this seems like a perfect opportunity to do so.

WHY TO WATCH FOR IT: Are you stoked for Captain America: Civil War? Does the idea of Marvel heroes being divided and battling each other pique your interest in trying to read all about it? Have $500 lying around? Then look no further, as Marvel presents a sexy, slipcase version of the entire Civil War event. I am a diehard New Warriors fan, so Civil War rubbed me the wrong way in all the wrong places, but I believe there’s something intriguing about the concept and it finally galvanized the essential differences of the heroes in the Marvel Universe and what being one means to them. 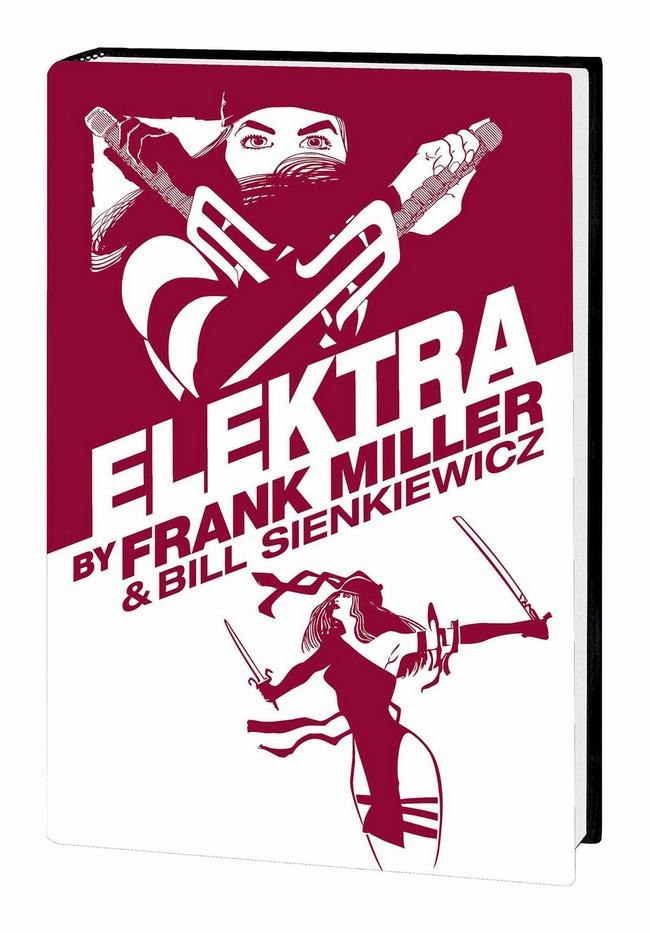 Elektra is a ninja, a martial arts master, and a highly paid assassin. Once Matt Murdock’s college girlfriend, her service as the Kingpin’s personal bodyguard put her in brutal conflict with her former lover, nearly killing Daredevil in the process. Now, fan-favorite creator Frank Miller ushers his awesome assassin through good, evil, life, death, rebirth and more, in this definitive collection of the character’s most memorable solo adventures. First, following a fatal duel with Bullseye, Elektra is seemingly dead and buried. But her spirit cannot rest. Elektra claws her way back from beyond the grave, in perhaps her defining story! Then, in a tautly crafted tale of espionage and deception, Elektra must unravel a supernatural conspiracy that threatens the Presidency! Collecting ELEKTRA: ASSASSIN #1-8, ELEKTRA LIVES AGAIN, and material from BIZARRE ADVENTURES #28 and WHAT IF? (1977) #35.
Explicit Content

WHY TO WATCH FOR IT: I almost forgot to mention this beautifully collected omnibus of my favorite assassin Elektra. Her appearance in the new season of Daredevil is going to generate some curiosity for fans of the show, and Marvel has aptly collected another one-stop shop for the character helmed by the creator of the character, Frank Miller. Bill Sienkiewicz helped define this genre of comics and his art is on display here in all it’s glory. This is an absolute must buy for Elektra fans.