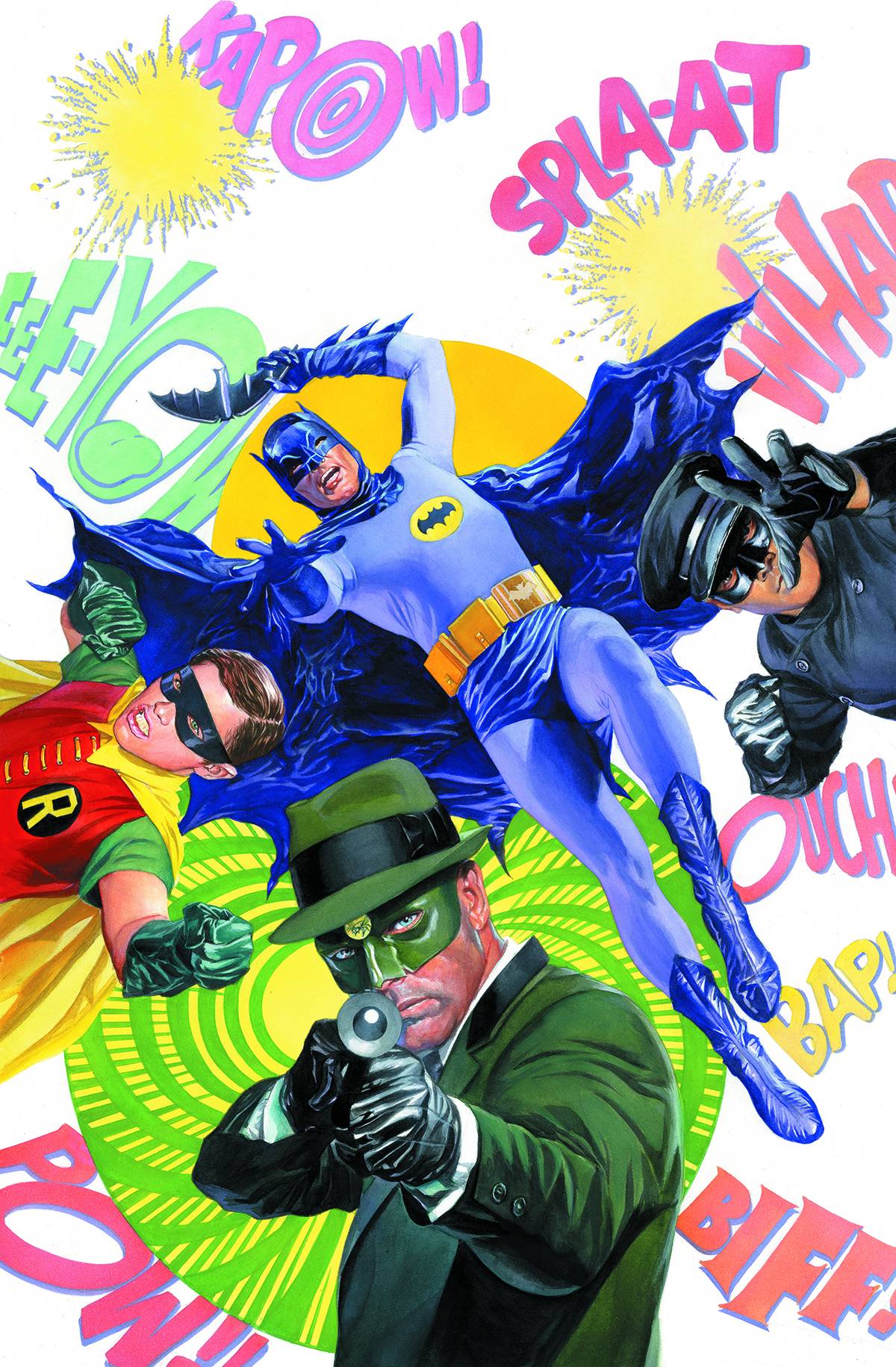 Comic book debutantes and vagabonds! It’s another Monday and that means another look at some of the hottest trade paperbacks, collected editions, and graphic novels in this week’s “Trade Waiting” – your weekly spotlight of five noteworthy comic book collections that are being released to stores this Wednesday and why you should watch out for them! 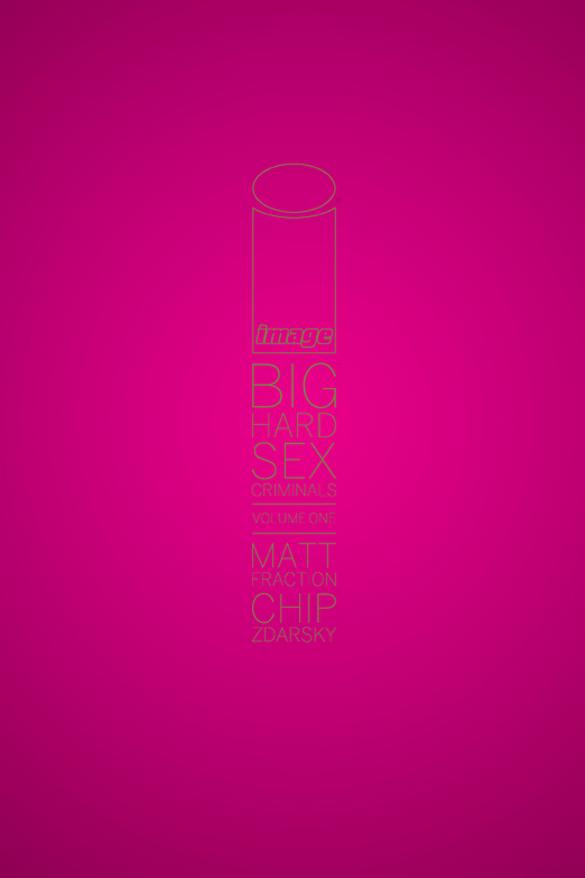 Collecting the first ten issues of the Eisner and Harvey award-winning, TIME Magazine Best Comic of the year of our lord 2013, SEX CRIMINALS, in an oversized hardcover format guaranteed to embarrass you to order.

Superstar filmmaker Kevin Smith and actor/comedian Ralph Garman reunite Batman, The Green Hornet, Robin and Kato! But what could force these rivals to join forces? How about the deadly team of General Gumm and The Joker! Don’t miss this hardcover collecting the 6-issue miniseries. Copublished with Dynamite.

WHY TO WATCH FOR IT: The Batmaniac himself, Kevin Smith, (that has also written Green Hornet) unites these two classic franchises in a crossover that is sure to appease fans from both series. Smith cowrites with a comedian, so there’s sure to be action, laughs, and gags abound. 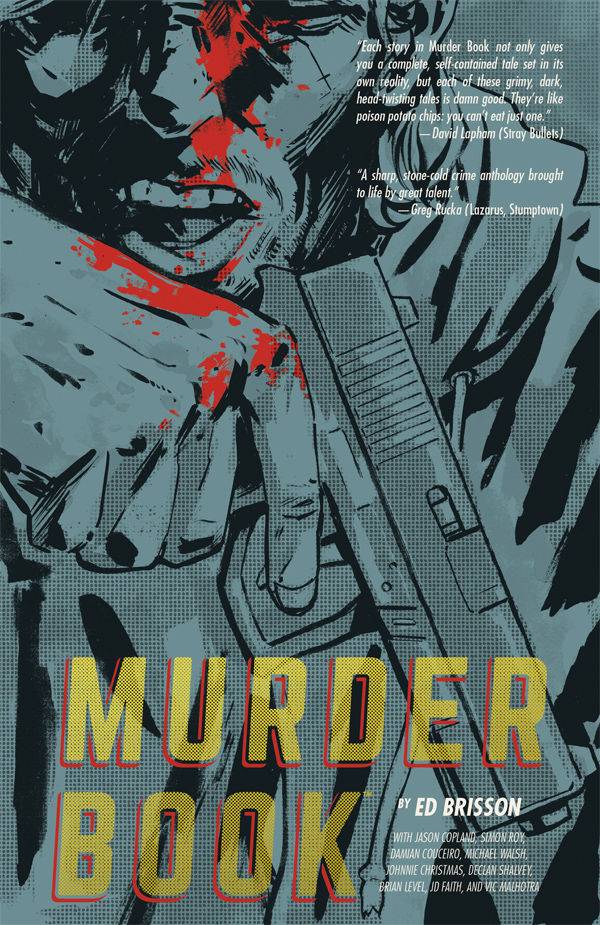 A term used by detectives, murder book refers to the case file on a homicide, chronicling the life of a case from murder to arrest. The graphic novel anthology Murder Book collects gritty and unrelenting crime comics by Ed Brisson (Sheltered, The Field, Sons of Anarchy) that chronicle the demise of the immoral and the innocent alike.

WHY TO WATCH FOR IT: Ed Brisson is easily becoming one of my favorite writers in the industry right now. His ability to fluently switch genre styles and maintain succinctness that also engages is why you need to pay attention. This time he tackles crime genre and I’m already all-in. 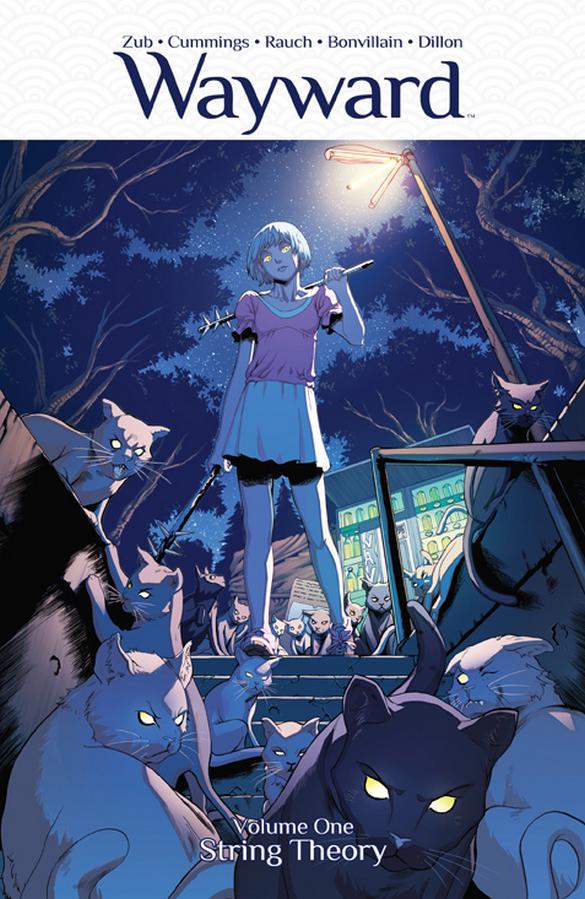 “If Wayward isn’t the next Saga, it will be a damn criminal shame.” -Bleeding Cool

JIM ZUB (Samurai Jack, SKULLKICKERS) and STEVE CUMMINGS (Legends of the Dark Knight, Deadshot) team-up to create an all-new Image supernatural spectacle that combines the camaraderie and emotion of Buffy with the action and mystery of Hellboy.

WHY TO WATCH FOR IT: Wayward is a fun series that is inspired by Japanese manga/anime, yet executes it in an American comics fashion. The art by Steve Cummings is something to be in awe of as he crafts spectacular and memorable panels. Writer Jim Zub and artist Steve Cummings go above and beyond, in terms of their research for this series, ranging from Tokyo architecture to Japanese ghost lore amd history. The characters are spunky and fun to read as they battle with supernatural stakes. 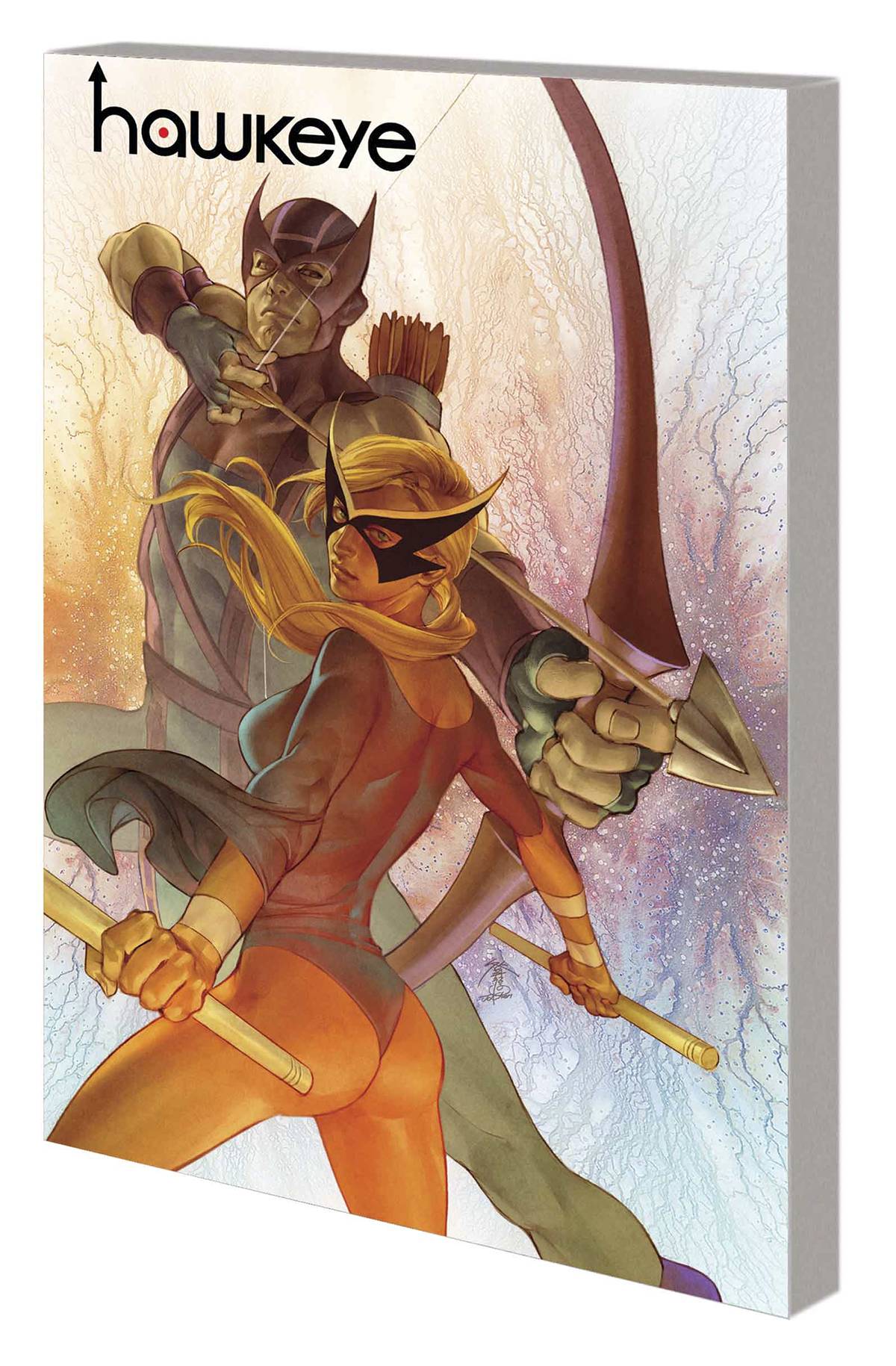 Hawkeye, the world’s greatest marksman, is reunited with his ex-wife – super-spy Mockingbird! Thought dead for years, Mockingbird is eager to punch some bad guys. But when Clint tags along on her mission, can they ignore their feelings long enough to save the day? Or will old foes Crossfire and the Phantom Rider destroy them first? Plus: When Mockingbird is targeted for death along with Hawkeye’s former flame the Black Widow, Hawk and Mock must discover who’s killing Marvel’s super-spies – and the shock ending will leave Clint blindsided! It’s high-octane action and intrigue as Hawkeye and Mockingbird take on the world’s biggest threats – and each other! Collecting NEW AVENGERS: THE REUNION #1-4, HAWKEYE & MOCKINGBIRD #1-6, WIDOWMAKER #1-4, HAWKEYE: BLINDSPOT #1-4, HAWKEYE & MOCKINGBIRD SKETCHBOOK, and material from DARK REIGN: NEW NATION #1 and ENTER THE HEROIC AGE #1.
Rated T+

WHY TO WATCH FOR IT: Contrary to popular belief, the character Hawkeye actually had a history before Matt Fraction and David Aja took the reigns and boosted him to Eisner winning status. These stories follow Clint and his old flame Mockingbird as they deal with the espionage side of the Marvel Universe. Fans of the TV show Marvel’s Agents of S.H.I.E.L.D. can also get a little backstory on Adrienne Palicki’s character in the comics too.