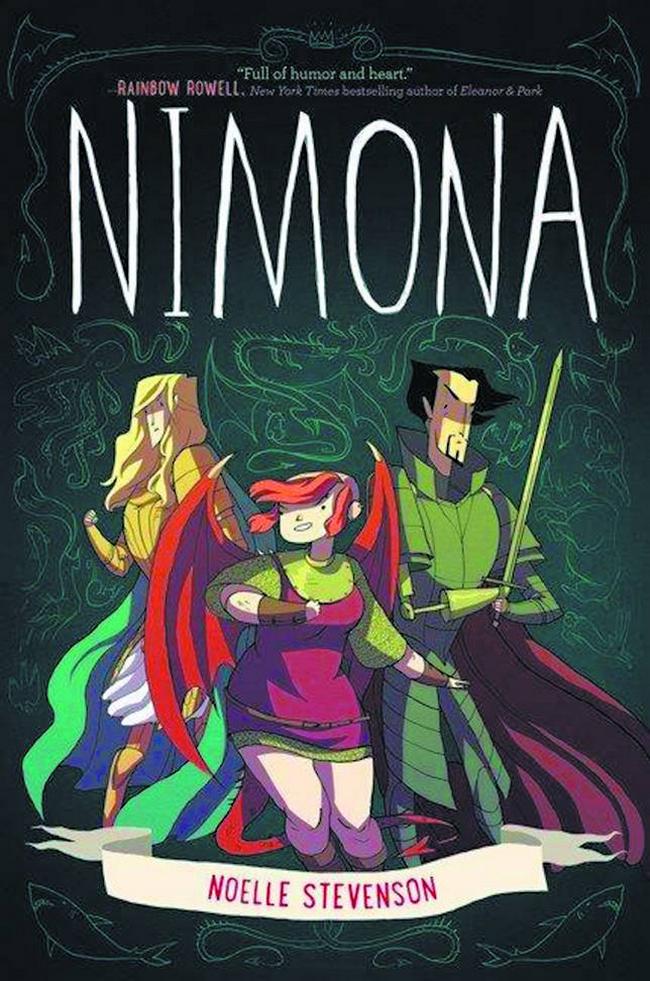 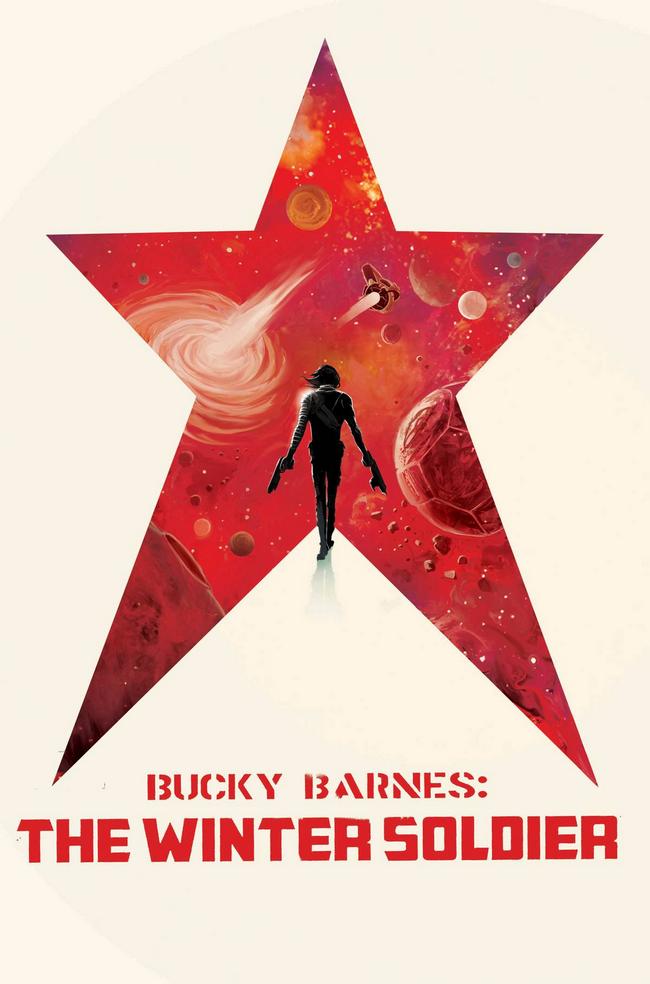 After the tragedy of ORIGINAL SIN, what becomes of Bucky Barnes, the Winter Soldier? Discover the cosmic answer here as Bucky takes his place as the newest secret protector of Earth! Wounded by a mystery bullet, Bucky traces the evidence to Asgard, where a secret lurks underneath the kingdom. Bucky has the key – but first he must face the Frozen Wolves of Niffleheim! Then, on the planet Mer-z-Bow, Bucky meets his match! And as the Winter Soldier comes face-to-face with Crossbones, leap 200 years into the future and discover how Bucky’s actions will affect the Marvel Universe to come! It’s a vision of the future like none you’ve ever seen before! But who took a shot at Bucky? Why? And what will be the cost of his action? Collecting BUCKY BARNES: THE WINTER SOLDIER #1-5.
Rated T+

WHY TO WATCH FOR IT: The Winter Soldier takes over the position once held by the late Nick Fury after the “Original Sin” event as Earth’s new protector and as the clandestine “man on the wall.” Writer Ales Kot tells a zany story in his own, seperate corner of the Marvel Universe that only the incredible artist Marcos Rudy could match. Check out this visually arresting masterpiece and lose yourself in this wild adventure. 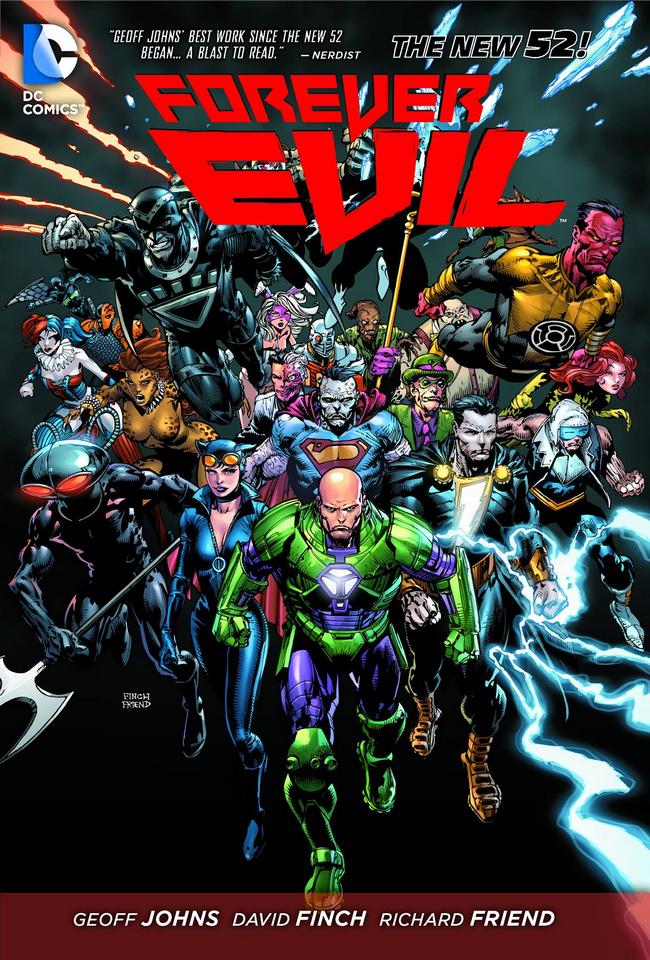 The Justice League is dead! And the villains shall inherit the Earth! In this new title collecting the seven-issue miniseries FOREVER EVIL, the Crime Syndicate takes over the DC Universe, and no one can stand in the way of them and their quest for complete world domination – no one except Lex Luthor!

WHY TO WATCH FOR IT: “Forever Evil” is easily one of the most prominent and definitive successes spawner from “The New 52” and shook up the DC Universe and turned it upside down as villains and foes seemingly heel turned from every direction. A must read for DC fans alike. 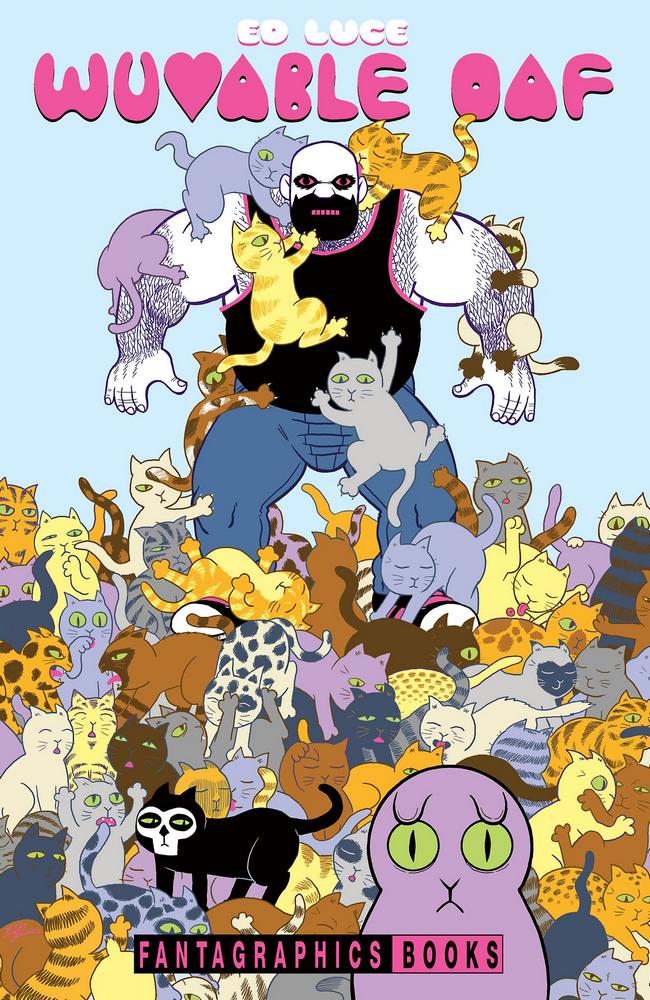 Wuvable Oaf is the fist-ever collection of the acclaimed comic book series by cartoonist Ed Luce. Oaf is an ex-wrestler who lives with his kitties and listens to Morrissey while searching for love in the big city. A romantic comedy at its core, Wuvable Oaf recalls elements of comics as diverse as Scott Pilgrim, Love and Rockets, and Archie, set against the background of San Francisco’s diverse community and music scene.

WHY TO WATCH FOR IT: Ed Luce’s fun and artistic impression is fully realized in this beautifully collected graphic novel. Comic fans should not miss out on these exceptionally humorous and energetic stories and indulge in its genuine adoration for the medium.

The full-color graphic novel debut from Noelle Stevenson, based on her beloved and critically acclaimed web comic. Nimona is an impulsive young shape-shifter with a knack for villainy. Lord Ballister Blackheart is a villain with a vendetta. As sidekick and supervillain, Nimona and Lord Blackheart are about to wreak some serious havoc. Their mission: prove to the kingdom that Sir Ambrosius Goldenloin and his buddies at the Institution of Law Enforcement and Heroics aren’t the heroes everyone thinks they are. But as small acts of mischief escalate into a vicious battle, Lord Blackheart realizes that Nimona’s powers are as murky and mysterious as her past. And her unpredictable wild side might be more dangerous than he is willing to admit.

WHY TO WATCH FOR IT: Breakout writer/artist Noelle Stevenson goes back to her roots with her world created from her hit webcomic, Nimona. Fans of Lumberjanes and Adventure Time must check this out in its full-color splendor. 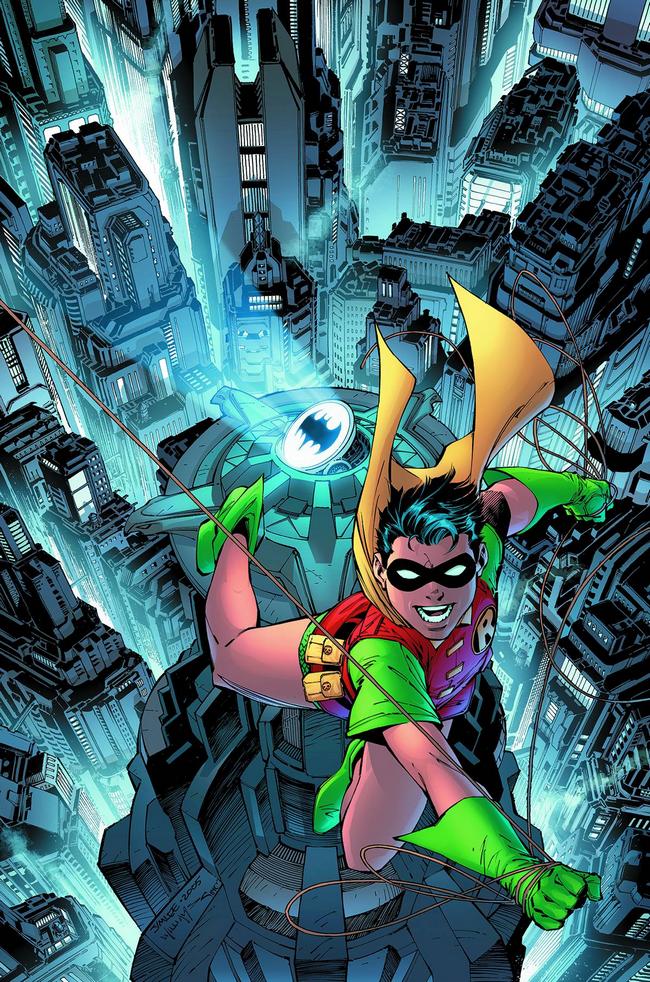 2015 marks the 75th anniversary of Robin, the Boy Wonder! DC Comics is proud to present this new hardcover anthology collecting some of Robin’s greatest stories, featuring his adventures with Batman, the Teen Titans and more!

WHY TO WATCH FOR IT: I have a strong adoration for sidekicks and their significant role and history in comics. With that said, revisit and celebrate the most important sidekick of all time from over 75 years worth of notworthy stories told for the boy wonder himself.