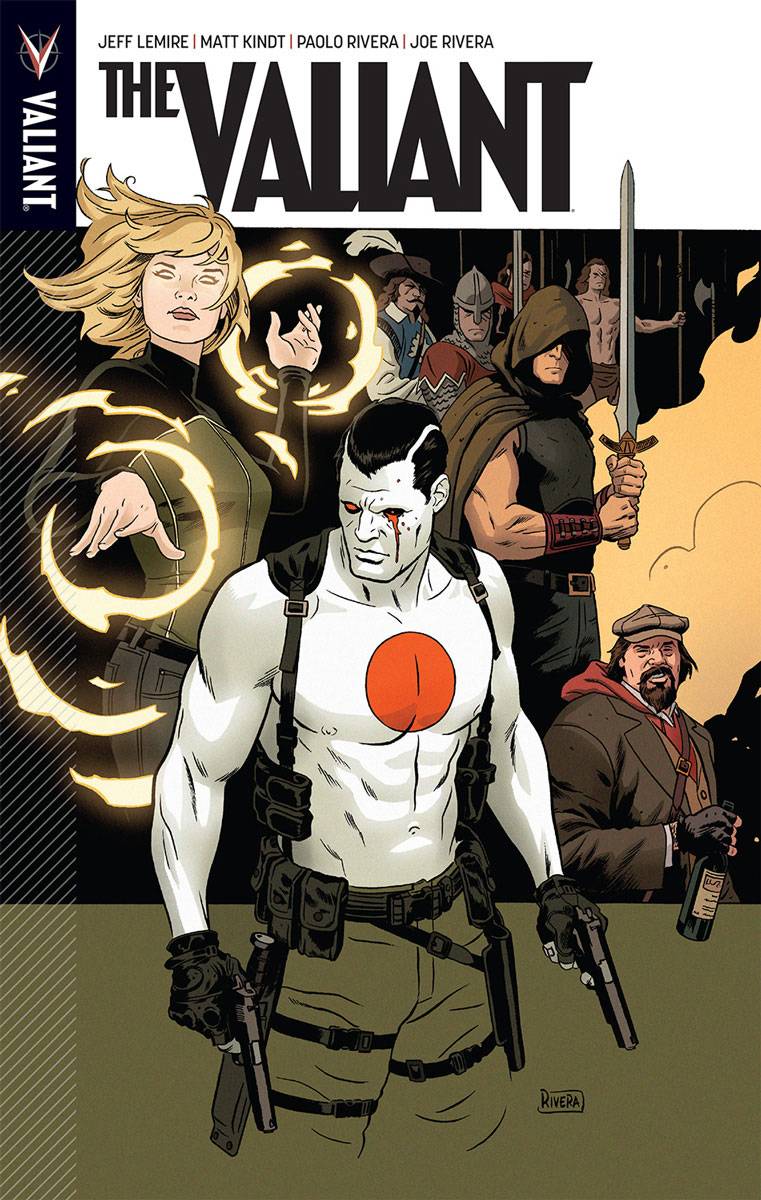 Happy Memorial Day to all of our readers and members of the armed forces in the U.S.! It’s Monday, which means another look at some of the hottest trade paperbacks, collected editions, and graphic novels in this week’s “Trade Waiting” – your weekly spotlight of five noteworthy comic book collections that are being released to stores this Wednesday and why you should watch out for them!

A battle ten millennia in the making is about to begin…

Presenting the complete sold-out epic from New York Times best-selling writers Jeff Lemire (BLOODSHOT REBORN, Green Arrow) & Matt Kindt (RAI, Mind MGMT) and Eisner Award-winning artist Paolo Rivera (Daredevil), discover why Valiant is one of the most critically acclaimed publishers in comics today with an all-star introduction to Bloodshot, the Eternal Warrior, Geomancer, and a visionary cast of heroes and villains from across the Valiant Universe – all for the low introductory price of $9.99.

WHY TO WATCH FOR IT: Valiant Entertainment has been making a strong resurgence as of late, by locking down some incredible writers and and some incredible artists. Here, The Valiant, is a perfect gateway in to the Valiant Universe that does not disaapoint. At $10, there’s simply no excuse not to check it out. 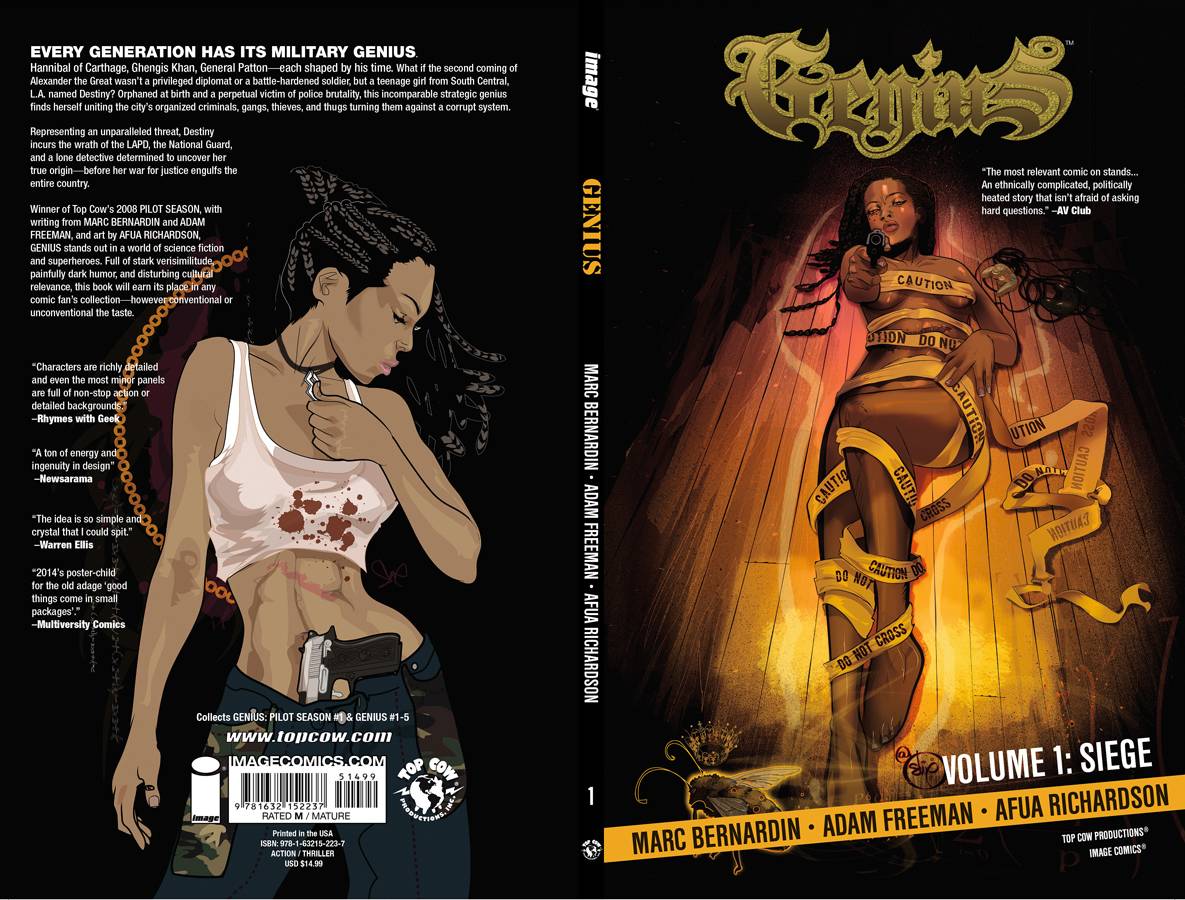 What if the greatest military mind of our generation was born to a people who are already supremely conditioned to wage war, who know nothing but violence from birth and must continually adapt to new predators in order to survive?
This action-packed book contains the full story of a city that declares war on a brilliant young woman pushed to the edge.

WHY TO WATCH FOR IT: Writer Marc Bernardin and Afua Richardson have been flying under the radar with this series. It has recently caught my attention and the premise really captivated me. The ambitious in its story is the kind we need to see more of in comics. 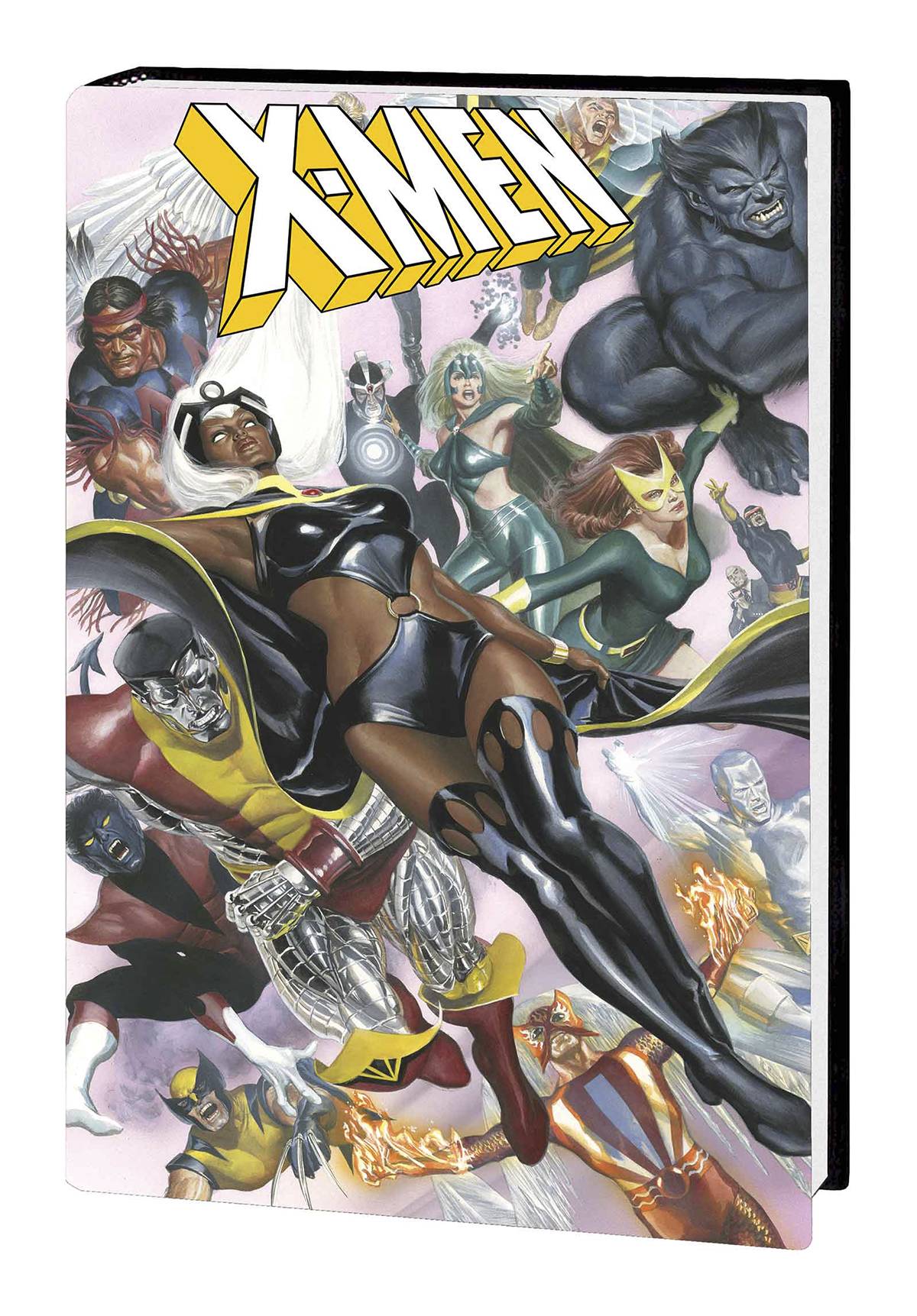 Celebrate the birthday of the book that made a Giant-Size impact on comics! Revisit the fateful day that Professor X gathered an all-new, all-different, multinational mix of mutants – as Storm, Nightcrawler, Colossus, Banshee, Sunfire, Thunderbird and some guy named Wolverine unite with Cyclops in the rescue tale that ushered in four decades of uncanny adventures! See how the original team reacted to the newly expanded roster! Learn the tragic histories of Colossus and Wolverine! Ask yourself “What If?” they all died or never even met! And savor the explosive epic that revealed the group’s true deadly genesis and the ill-fated existence of a previous team! Collecting GIANT-SIZE X-MEN #1 and #3-4, CLASSIC X-MEN #1, X-MEN ORIGINS: COLOSSUS #1, X-MEN ORIGINS: WOLVERINE #1, X-MEN: DEADLY GENESIS #1-6, WHAT IF? (1989) #9 and #23, and material from X-MEN GOLD #1.
Rated T+

WHY TO WATCH FOR IT: Kids, I love X-Men. Giant-size X-Men. This is a celebration of those X-Men. If you don’t know this team or how it made mutants popular in the Marvel Universe, you need to check this out. 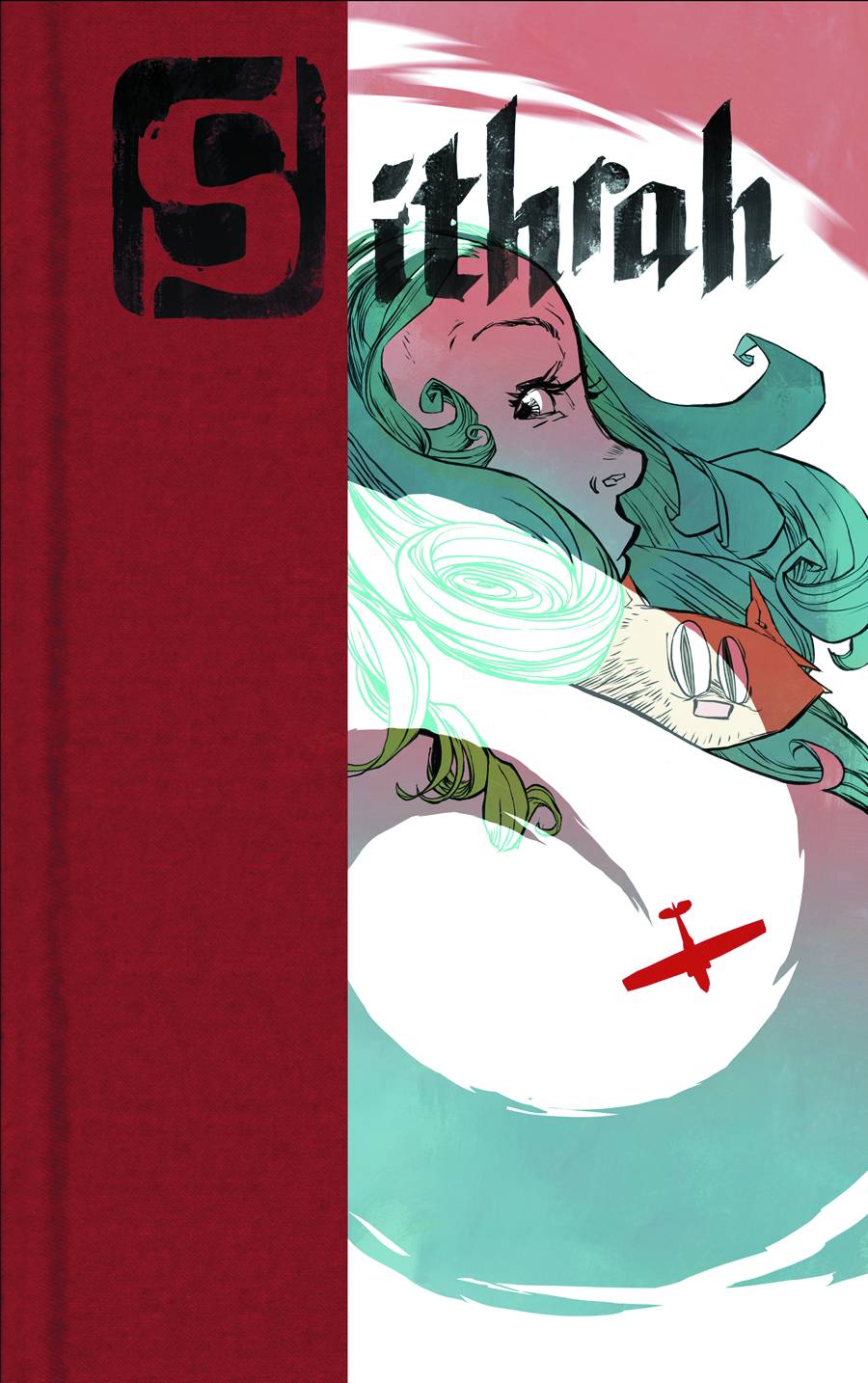 Nirvana Page wanted to see the world. Traveling by private seaplane with her father, together they explore exotic places and discover remarkable wildlife. Even if it’s only for a few days, she gets everything a seven-year-old girl could hope for. That is, until a mysterious force crashes their plane, separating seven year-old Nirvana Page from her father. It’s there that she encounters Sithrah, a mysterious being who could hold the key to finding her dad, and begins a grand and perilous adventure that will bring her to the end of the world and beyond! Sithrah is an all-ages book that embraces a misture of comic art and prose in a way that has never been done before.

WHY TO WATCH FOR IT: This book is a visually transient experience that must be read. Jason Brubaker poetically and elegantly takes into a fantastical world and the adventure that encompasses it. Looking for an all-ages book to share with your kids and enjoy yourself? Look no further than this book. 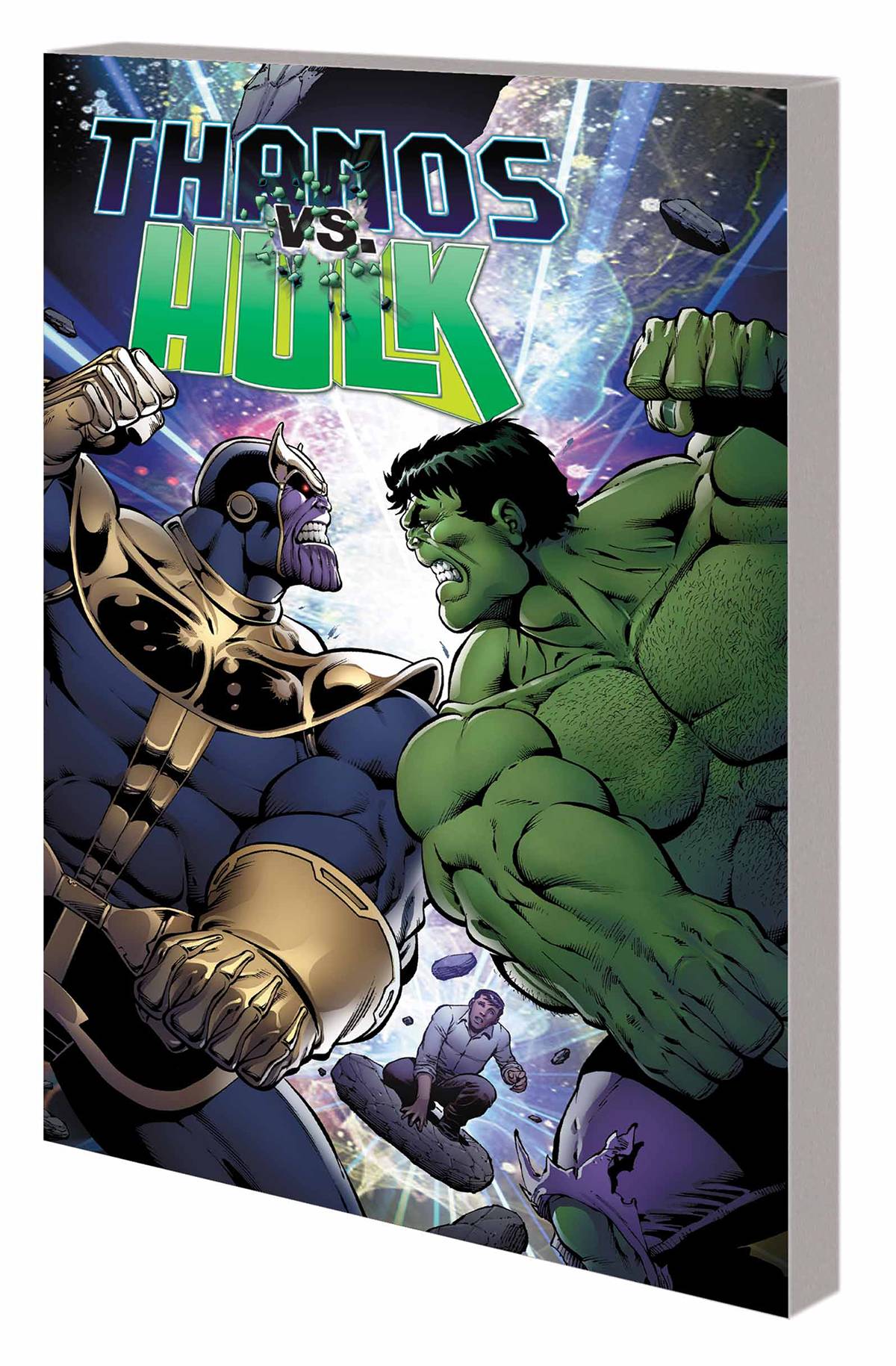 Cosmic legend and fan-favorite creator Jim Starlin delivers an epic tale of Smash versus Space as the Emerald Avenger goes head-to-head with the Mad Titan! It’s bad enough that the Hulk has been kidnapped by Pip the Troll and traded to Annihilus, lord of the Negative Zone. But things get worse when Thanos is thrown into the mix! Annihilus plots to exploit the Hulk in a most unexpected fashion, but Thanos soon launches some Machiavellian machinations of his own. As Annihilus gains vast new might, the Hulk rampages through the Negative Zone – with Annihilus’ perennial rival Blastaar in hot pursuit! But when Thanos’ devious scheme comes to a head, can the Hulk survive? And can Thanos withstand the Hulk’s pure physical power unleashed? Find out right here! Collecting THANOS VS. HULK #1-4 and WARLOCK (1972) #12.

WHY TO WATCH FOR IT: With a lot of interest in Thanos as of late because of the Marvel Cinematic Universe, it doesn’t hurt to visit stories from its original perpetuator Jim Starlin. This wild story has classic comic book fighting with some creative twists and turns that you come to expect from Starlin. This fight could potentially happen in the movies, and here is where they’d reference from.