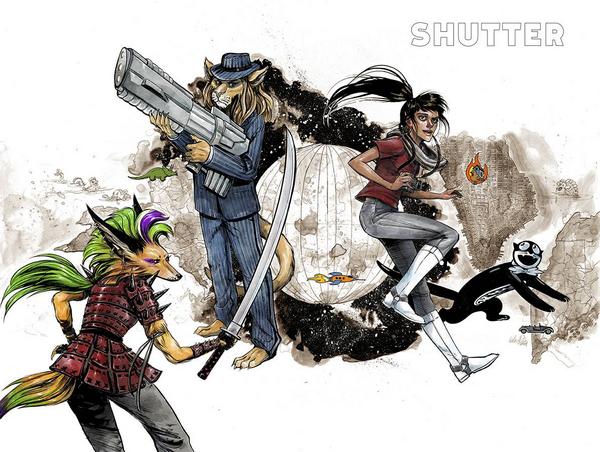 We are a mere two days away from new releases and a fresh crop of comic book collections! TRADE WAITING will tell you what releases to watch out for and why. If your bookshelf is thirsty for a trade paperback, a hardcover, or a graphic novel — then look no further than my top five releases for November 12, 2014. 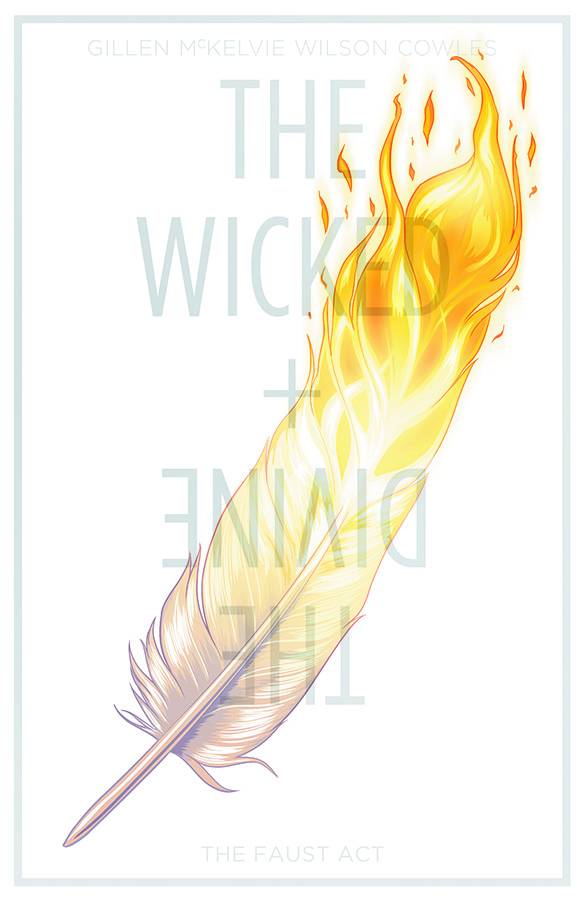 Every ninety years, twelve gods incarnate as humans. They are loved. They are hated. In two years, they are dead. The team behind critical tongue-attractors like Young Avengers and PHONOGRAM reunite to create a world where gods are the ultimate pop stars and pop stars are the ultimate gods. But remember: just because you’re immortal, doesn’t mean you’re going to live forever.

Collects THE WICKED + THE DIVINE #1-5

WHY TO WATCH FOR IT: One of the most talked about and highly anticipated series of this year has finally come to trade paperback. Seething with style and beauty, comic book creators Gillen and McKelvie may have struck gold again. Find out what the buzz is about! 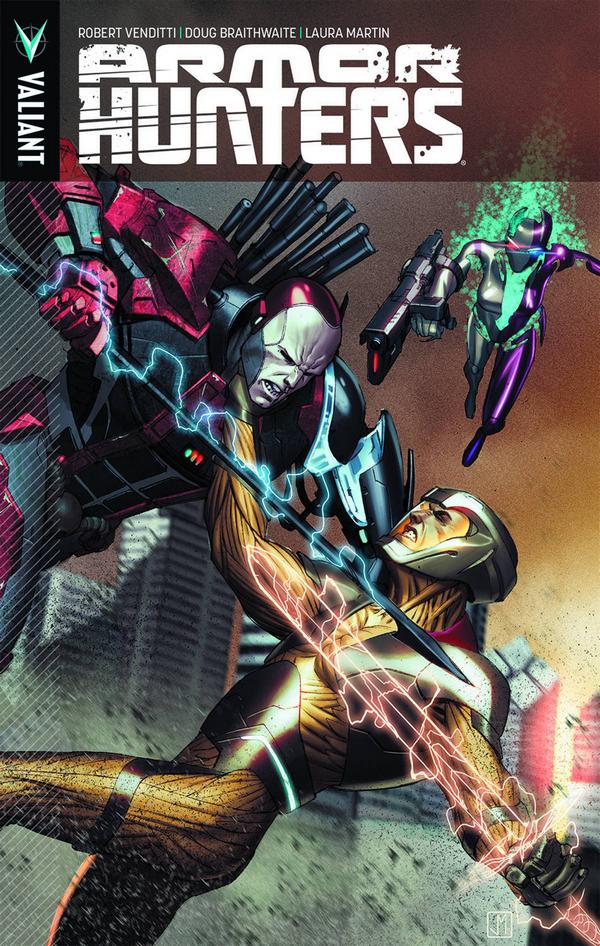 ARTH WILL BE THE GREATEST HUNT OF ALL!
When Aric of Dacia returned to Earth with the stolen X-O Manowar armor of an alien race, he thought he’d finally found a weapon to guard the peace and kingdom he’d struggled so long to secure. But now, a relentless and surgical strike team from the farthest reaches of space – sworn to exterminate the armor and all like it – have found their final target. The ARMOR HUNTERS are coming. They will hunt. They will trap. They will kill. And they will rid the universe of the X-O Manowar armor’s incalculable destructive power…even if it means taking the Earth with it.

WHY TO WATCH FOR IT: Easily one of the better comic book events released this past year, writer Robert Vendetti throws even more challenges to Valiant’s flagship character, X-O Manowar, by introducing a fierce and intense new team to the universe. Their mission? To bring him down! Vendetti and Braithwaite seemlessly blend high-action with science fiction for an exciting read.

JOE KEATINGE (GLORY, TECH JACKET, Adventures of Superman) teams up with artist extraordinaire LEILA DEL DUCA for her Image Comics debut in the very first collection of their all-new ongoing series combining the urban fantasy of Fables and the globe-spanning adventure of Y: The Last Man. Kate Kristopher, once the most famous explorer of an Earth far more fantastic than the one we know, is forced to return to the adventurous life she left behind when a family secret threatens to destroy everything she spent her life protecting.

WHY TO WATCH FOR IT: A beautifully ambitious project from Keatinge and Del Duca that showcases a fantastical world with a very pragmatic sensibility. Filled with action, suspense, and a lot of humor, this is definitely a series worth checking out. 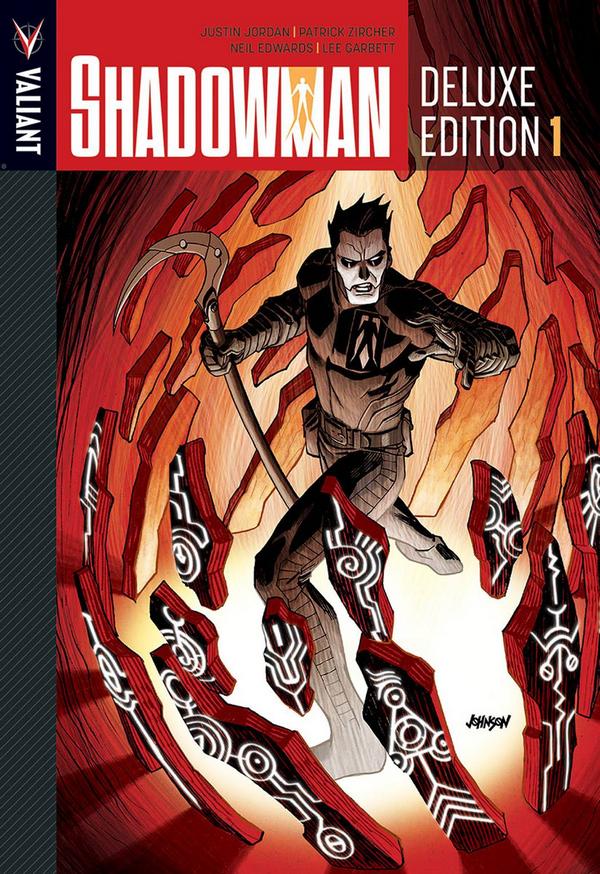 An oversized deluxe hardcover collecting the best-selling originand debut of Shadowman by acclaimed creators Justin Jordan (The Strange Talent of Luther Strode), Patrick Zircher (Futures End), and more of comics’ top talents! There are a million dreams in the Big Easy. But now its worst nightmare is about to come true. As the forces of darkness prepare to claim New Orleans as their own, Jack Boniface must embrace the legacy he was born to uphold. As Shadowman, Jack is about to become the only thing that stands between his city and an army of unspeakable monstrosities from the dark realm known as Deadside. But is the mantle of Shadowman a blessing or a curse? And what is the true cost of his otherworldly power? Collecting SHADOWMAN#0-10, the Shadowman Deluxe Edition oversized hardcover also comes packed with more than 20+ pages of bonus features, including covers, character designs, and process art by Patrick Zircher (Iron Man), Lee Garbett (Loki: Agent of Asgard), Mico Suayan (Harbinger), Roberto de la Torre (Daredevil), and many more!

WHY TO WATCH FOR IT: Valiant’s mystical voodoo and magically spooky noir series from the bayou etches itself into it’s own corner of their universe, in one of my personal favorites from their line of comic books. It’s a great story that fans of the genre will certainly enjoy, but the big takeaway from this collected edition is the 20+ pages of bonus features. Every artist on this series has been nothing short of sublime and to look at the process art behind the series should be a big treat. 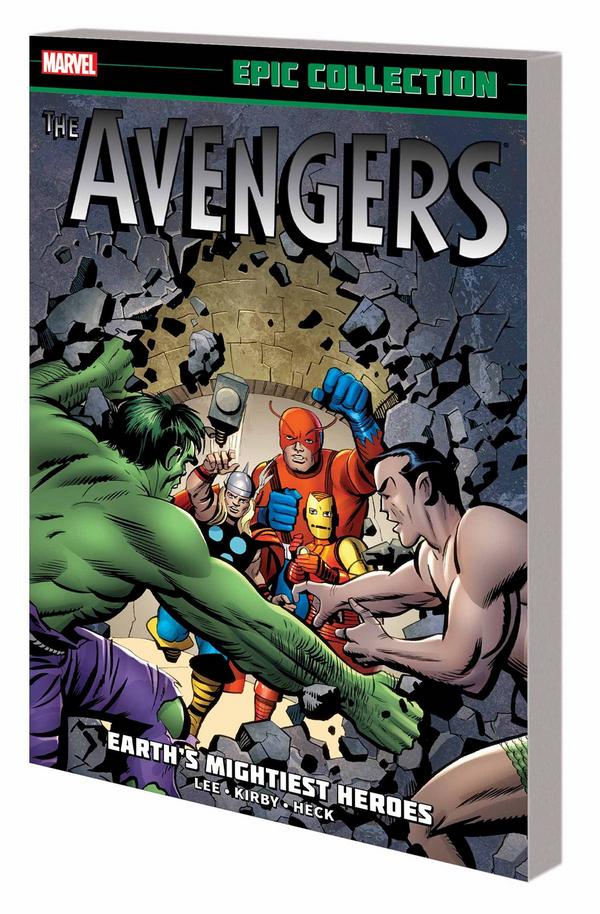 Gathering together to face Loki, Marvel’s greatest heroes – Iron Man, Thor, Hulk, Ant-Man and the Wasp – formed comics’ greatest team: the Avengers! They were joined by Captain America soon after, and there was no doubt these were Earth’s Mightiest Heroes! But Marvel heroes don’t just battle villains, they live, breathe, argue… and even fall out. And in an innovative twist, Stan Lee eventually chose to have those original Avengers depart, leaving Captain America to carry on! Hawkeye, Quicksilver and the Scarlet Witch – all conflicted villains – became Cap’s new recruits, transforming the Avengers into a dynamic, unpredictable and exciting quartet! So grab a copy of this Epic Collection, and experience the origins and permutations of the world’s most-famous super team from the very beginning! Collecting AVENGERS (1963) #1-20. All Ages.

WHY TO WATCH FOR IT: 20 Avengers issues from two of the most influential comic creators ever collected in a beautiful “epic collection” format. If you’re mildly aware of this quintessential Marvel team and have been curious about the Avengers, here’s a great entry point!