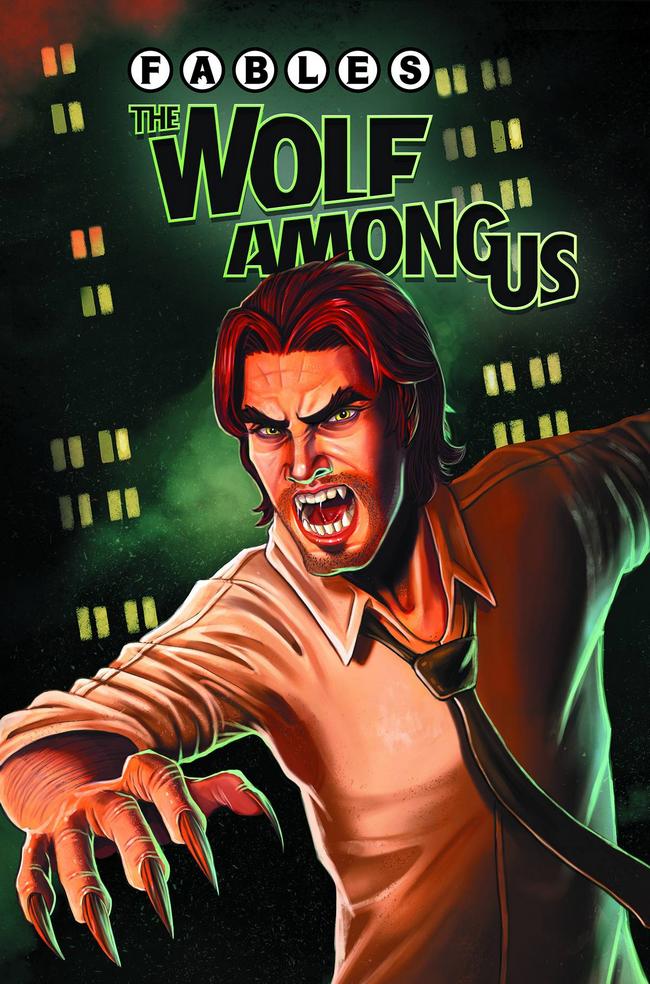 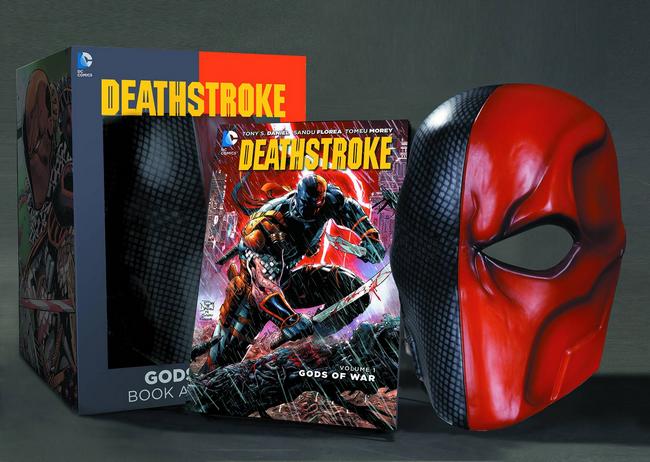 WHY TO WATCH FOR IT: Deathstroke has infamously been a fan-favorite for devotees of Teen Titans. The character’s ability to crossover as a counterpart of heroes in the Batman video games and the Arrow television series has made his popularity soar. This action-packed collection requires no other knowledge of the character for new fans, and allows fans of Deathstroke in other mediums to jump right in without anything holding them back. This is edgy, eye candy from Tony S. Daniel that fully embraces every campy, cool, and awesome thing about the character from soup to nuts (or guns to knives). Did I mention this set comes with a Deathstroke mask!? 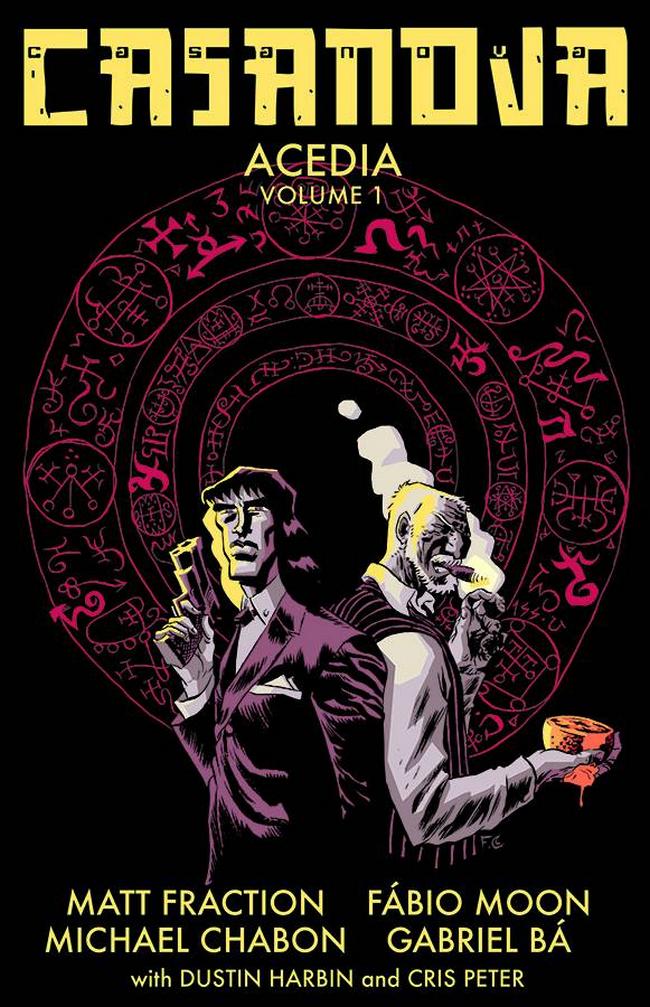 Casanova Quinn, interdimensional superspy and assassin, has crashlanded here on Earth-on OUR Earth-with absolutely no memory of who he is or the things he’s done. He works for a man with just as mysterious a past as his own and has found the New Normal of his life under the name “Quentin Cassaday.” That’s when the end of the world begins. With nine days to a supposed apocalypse, Los Angeles simmers in fear as a weird cult readies itself for what comes next…and what comes next runs straight through Casanova Quinn. By Eisner Award-winning writer MATT FRACTION (SEX CRIMINALS, ODY-C, SATELLITE SAM) and with art by international superstar FÁBIO MOON (Two Brothers, Daytripper), this volume also features exclusive back-up stories written by Pulitzer Prize-winning novelist MICHAEL CHABON (Telegraph Avenue, The Amazing Adventures of Kavalier and Klay) and drawn by CASANOVA co-creator GABRIEL BÁ (The Umbrella Academy, Two Brothers) that tells the story of the women tasked with hunting Casanova Quinn down across space and time.

WHY TO WATCH FOR IT: It’s worth mentioning that Matt Fraction and Gabriel Ba had a Casanova run prior to this release. The best thing about it, is that it’s completely unnecessary to know if you’re looking to dive into this outer space, interdimensional, espionage, spy thriller. Fraction’s sensibility and humor shines in Casanova like a flashlight as he carefully guides you through the fantastical world that Ba and Moon beautifully render. The supplemental backups by Michael Chabon are also wonderful additions for readers enjoying the ride.

Before the first issue of FABLES, there were stories to be told and lives hanging in the balance! When Bigby Wolf, sheriff of Fabletown, learns that his old nemesis the Woodsman was part of a domestic disturbance, things go downhill fast. How will Bigby and Snow White crack the case when they get caught up in a grisly murder mystery? Collecting issues #1-7 of the new series!

WHY TO WATCH FOR IT: FABLES! If you haven’t read Fables, you should. If you’ve read Fables and are looking for more, here it is! Your favorite character Bigby returns as a prequel to the series as him and Snow White get caught up in more mysterious adventures. 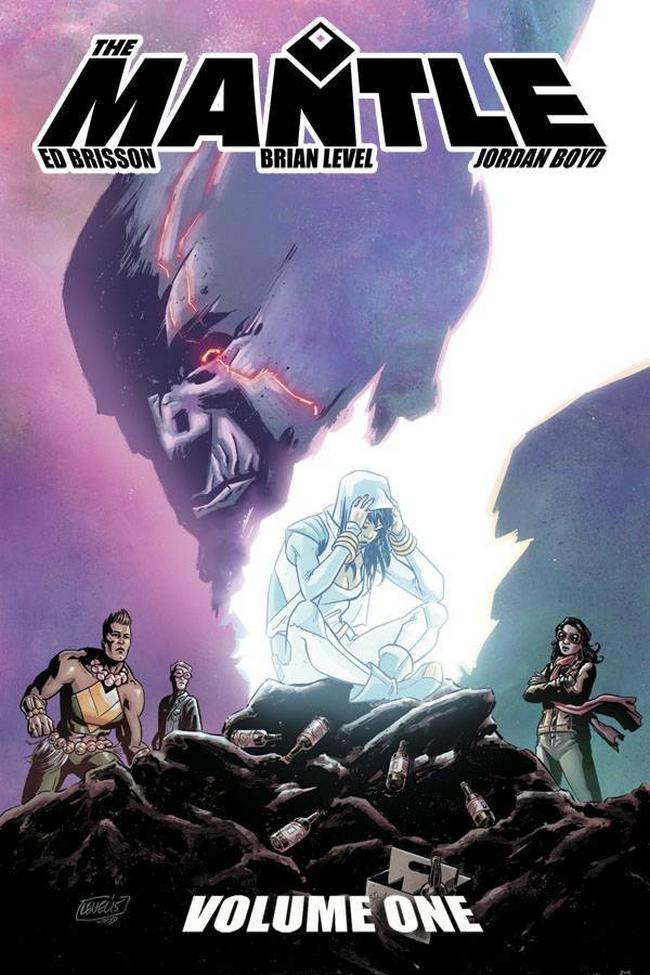 Inheriting unimaginable power rules! Learning you’re the 38th person to host that power in the last decade and that there’s an equally powerful intergalactic baddie whose sole purpose in life is to kill you? Not so cool.

WHY TO WATCH FOR IT: Ed Brisson has been pushing the envelops of storytelling in the comic book genre lately, while also showing his incredible passion and fanaticism of the medium itself. This is no exception as he pairs up with one of my favorite artists, Brian Level, to create an unlikely hero story that is as terrifying as it is funny. 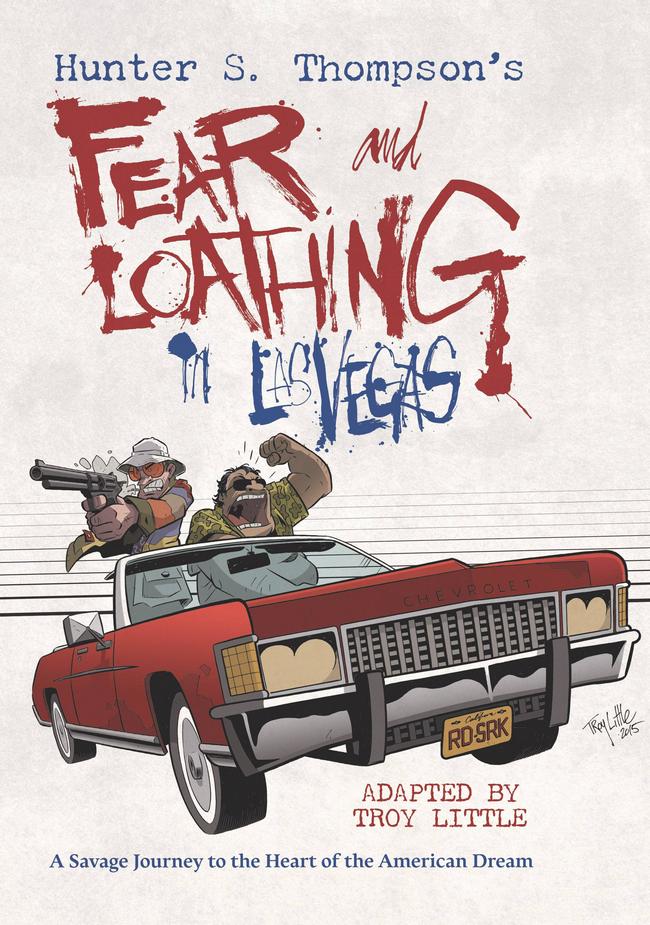 In proud partnership with the Hunter S. Thompson Estate, Top Shelf Productions is pleased to announce Fear and Loathing in Las Vegas, a delightfully bonkers graphic novel by Eisner-nominated artist Troy Little adapting Thompson’s seminal book of the same name. Join Thompson’s alter ego Raoul Duke on the mother of all Vegas benders, as he and his attorney Dr. Gonzo cover a motorcycle race, crash a drug-enforcement convention, and rack up obscenely large room-service bills, all while dosed to the gills on a truly spectacular assortment of mind-altering substances.
Bullet points:
• “Troy Little masterfully captures the madness and essential humor that makes this book an enduring classic.” -Darick Robertson
• “I am super into everything about this.” -Kelly Sue DeConnick
• “Pre-ether binge reading material. Glorious madness, as mercilessly demented as its original counterpart. The Good Doctor would look on this and raise his highball glass in hearty approval.” -John Layman

WHY TO WATCH FOR IT: This looks to be a beautiful and exceptional hardcover created by the typical culprits of Top Shelf and IDW. Fans of the novel or the movie are clearly aware of the dementia and drug-induced fervor this story has created, but having visual renditions in the form of a graphic novel by Troy Little is something I’m certainly looking forward to experiencing! Put away the sharp objects, close the blinds, and keep a bottle of water by you before reading.