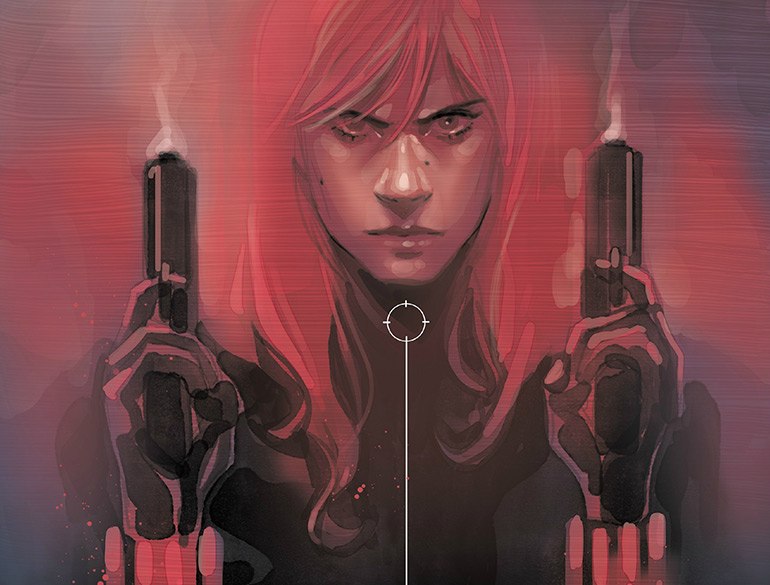 It all started innocently enough.

I was in a conversation trying to find a way to frame why I have a bit less patience, a bit of a shorter temper, and a bit less of a willingness to give the benefit of doubt these days. So I did what most people do, and searched my head for a character that matched my circumstances: a woman who had lived too long, survived too many wars, and bore the scars of it.

Usually these things come in a snap. There’s someone for just about every mood, especially these days.

Eat too much sugar and revel in being obnoxious? There’s Gwenpool for that.

Feel emotionally closed off? There’s Emma Frost for that.

Pick a mood, a frame of mind, and there’s almost certainly a character who has iconically embodied it. That’s one of the less examined reasons behind why there continues to be such a massive scope of superhero characters and why they’re continually updated. 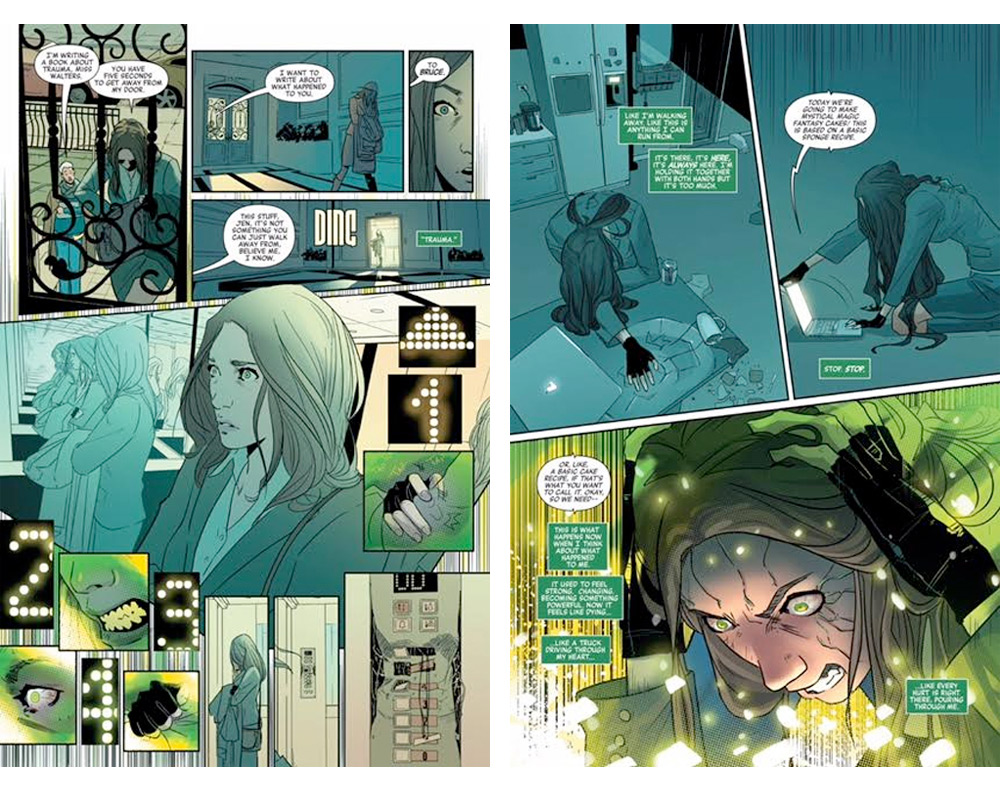 The prototype for a superhero with a particularly relatable emotional state is, of course, the Incredible Hulk, and it’s in that particular example that we see where the concept intersects with the need for broader representation. Bruce Banner is animated by anger, a specific kind of anger at powerlessness that is deeply relatable to white male nerds, especially as portrayed by Bill Bixby and Lou Ferrigno.

The specificity of that emotion, and just how deeply gendered and racialized anger is, emerges not so much through Banner himself, but in the emergence and sustainability of Jennifer Walters (She Hulk) and Amadeus Cho (Totally Awesome Hulk) as distinct iterations.

Women typically deal with anger differently than men do — through both innate behaviors and the influence of social factors — and those differences have been readily apparent in Jen’s depiction over the years, for good or ill. 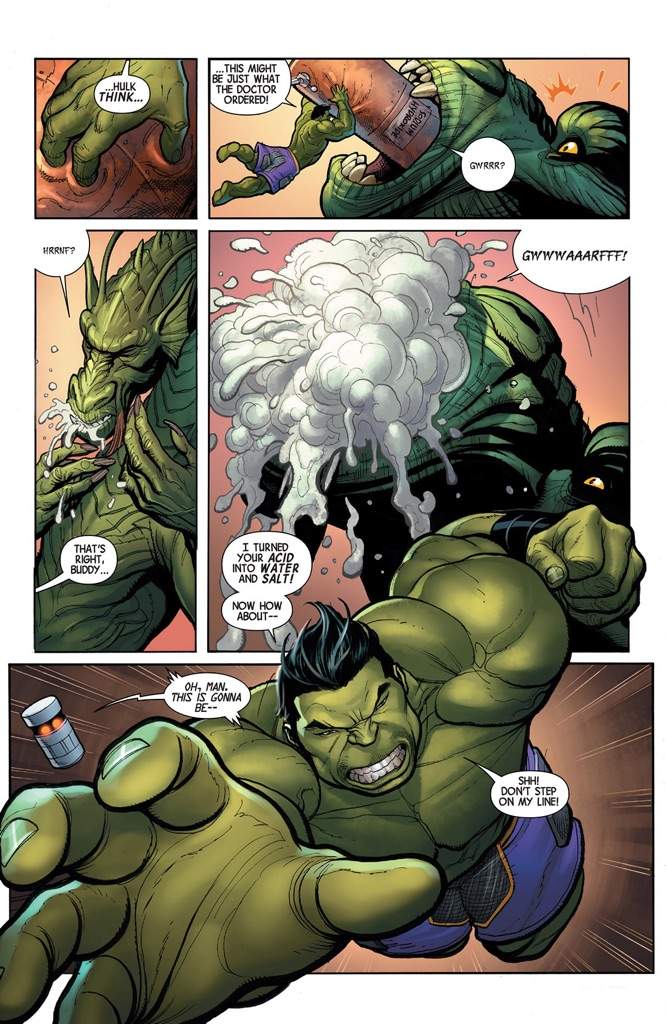 The same is ultimately true of Amadeus Cho in a racialized way. His relationship to anger and how it manifests as the Hulk is impacted both by cultural factors in his upbringing and how he’s perceived by the dominantly white society he lives in.

Sometimes, the differences in how a given emotional state are gendered or racialized emerge in the gaps in representation. There’s never been an iconic, sustained Black iteration of the Hulk — male or female — for example. Given the prevalence of stereotyping and pathologizing of Black anger, it’s not hard to see why Marvel hasn’t exactly rushed to fill that void.

The absence I felt was a very specific one easily written off as a niche. How important is it, really, to have an older, disaffected, physically and emotionally scarred heroine? 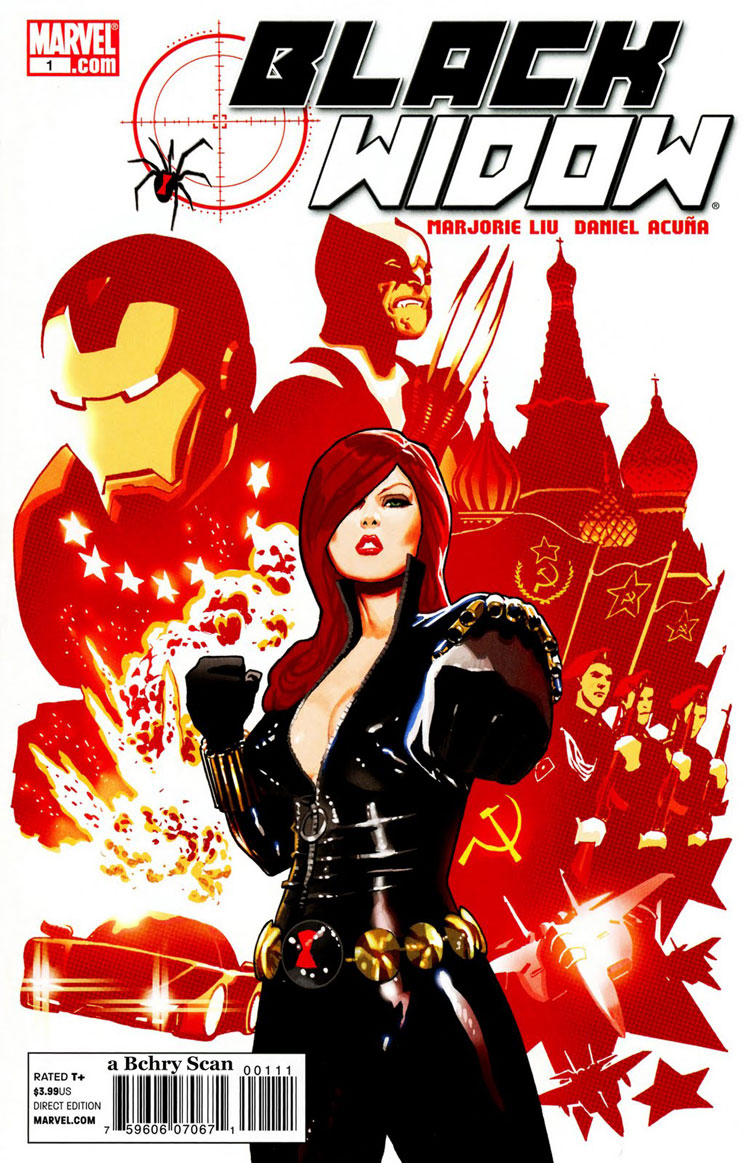 The closest equivalent I could come up with in the moment was Marjorie Liu and Daniel Acuna’s brief take on Black Widow that recalled just how hypothetically old she is, taking her all the way back to the second World War in flashback. Impossibly old and the survivor of too many wars, but dear old Natalia Romanova is definitely flash frozen to never look a day over thirty.

It’s an interesting conceit, given that Nick Fury, whether portrayed as Black or white, looks to be perpetually in his mid fifties through the same means. It’s the same kind of uniquely science fiction sexual dimorphism that impacts Mystique and Wolverine. 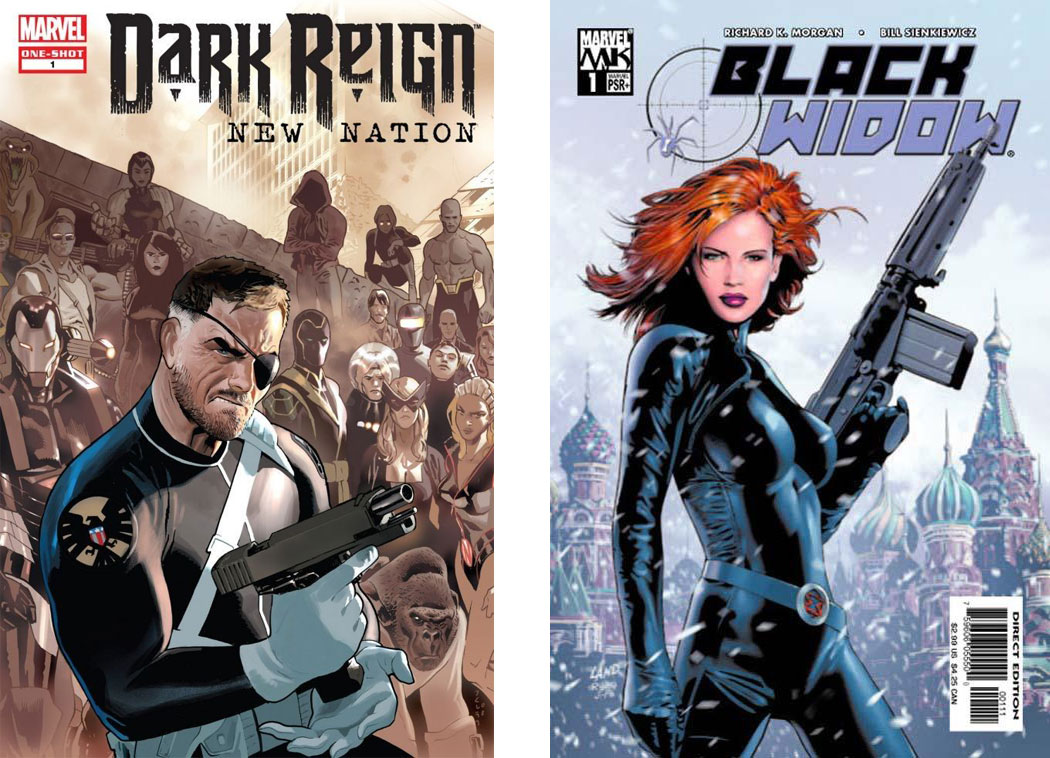 There are excuses of course (especially for Mystique) because after all, who wouldn’t choose to look perpetually young if they had the x-gene to make it happen? But these choices also reflect where their creators think men and women peak physically and emotionally.

The idea that a not insignificant number of women would want to identify with a heroine who looks like Helen Mirren after an unfortunate encounter with a cheese grater is completely lost in that environment. 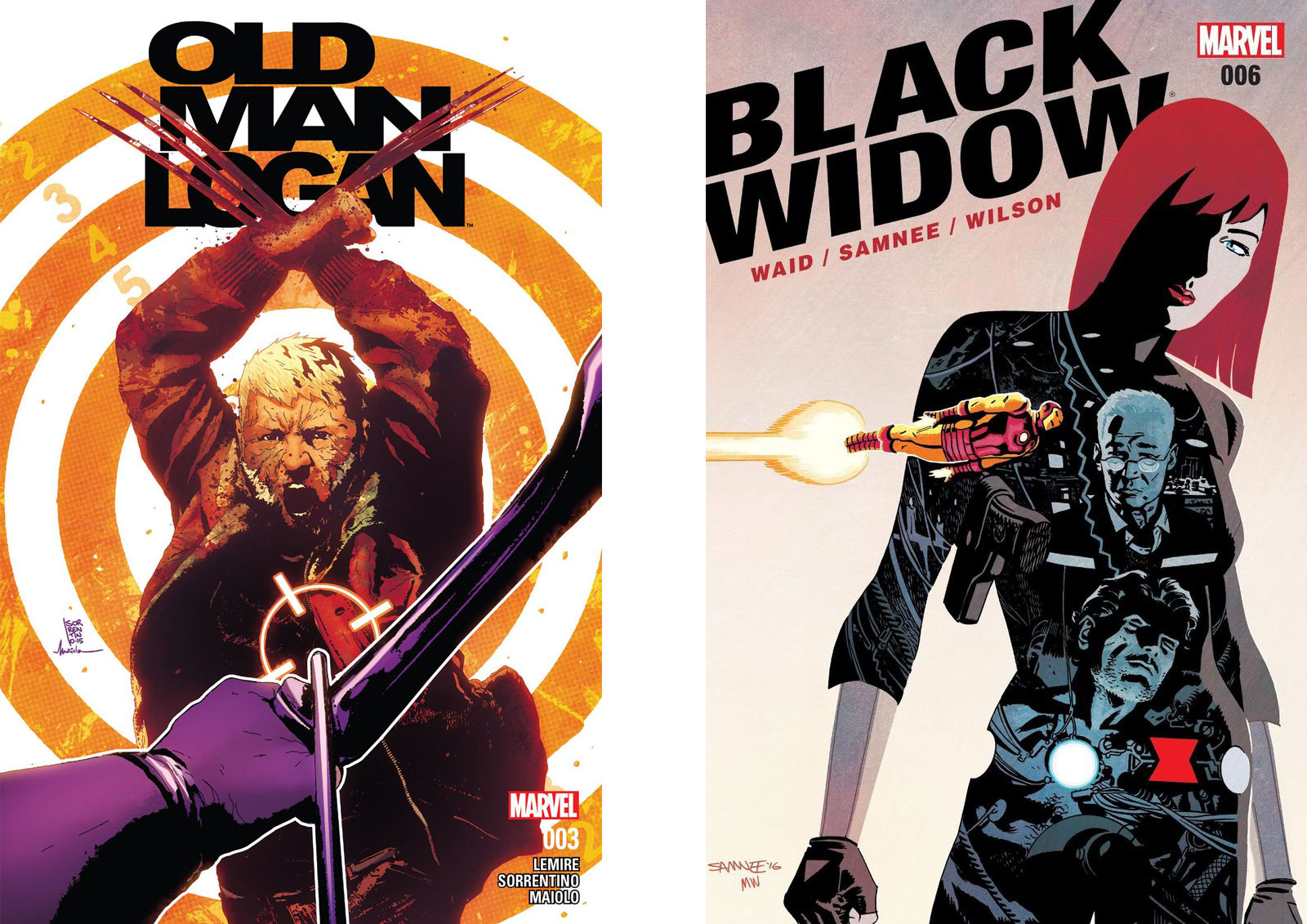 “Imagine a pop culture landscape with no alternative to the perpetual girlishness of Ariana Grande and Taylor Swift. Music without the fully realized womanhood of Beyonce or the transgressive thrill of Rihanna’s aggressive sexuality. Television where Pretty Little Liars, Girls, and Broad City rules the landscape with no Good Wife, How To Get Away With Murder, or Scandal as a counterbalance. That is, for the most part, where we find ourselves in comics.”

There’s an enhanced sense of arrested development in the medium for women when representation tails off into oblivion for stories featuring characters beyond their twenties. The cult of youth in comics becomes so all consuming at times that it leads to situations like The Unstoppable Wasp, where Janet Van Dyne, frequently murdered (and sometimes eaten) founding member of the Avengers, was put in a mentorship role for the daughter of her ex-husband instead of getting a series of her own. It was a choice made all the more frustrating by Wasp’s brilliant cameo in All New Wolverine that made it explicitly clear what was being lost by not centering more middle aged heroines. 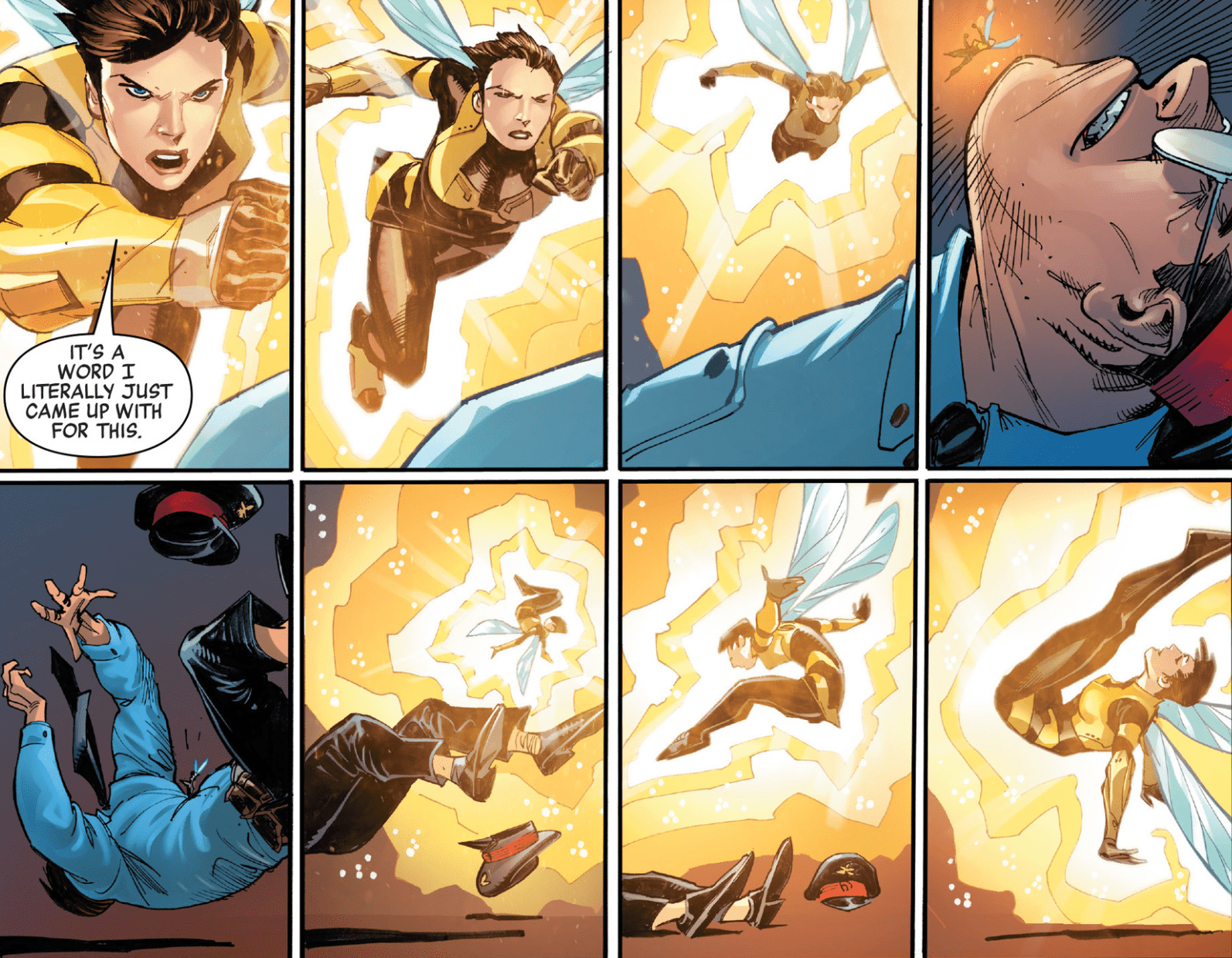 Without a sense of an emotional present and a physical future on the page as anything but a mother, surrogate, or mentor, comics becomes an alienating medium for women, which, of course, is what a certain subset of the industry and readers are more than happy to sustain.

When female readers in their thirties are aging out of the vast majority of comics — both superhero and otherwise — because they can’t see themselves reflected on the page anymore, and female creators leave the industry because of lack of opportunity to address those missing roles and/or harassment by colleagues and readers, it fuels the perception that women are either newcomers to comics as a whole, or are never anything but casual consumers.

It’s a set of perceptions I tacked in my very first appearance here at Comicosity, arguing against the position taken by Angouleme organizers that women haven’t been making comics long enough to he considered for a lifetime achievement award. The most cursory glance at comics history dispels that notion, but it’s an argument that gets trotted out with disturbing regularity in every facet of the industry and fandom. 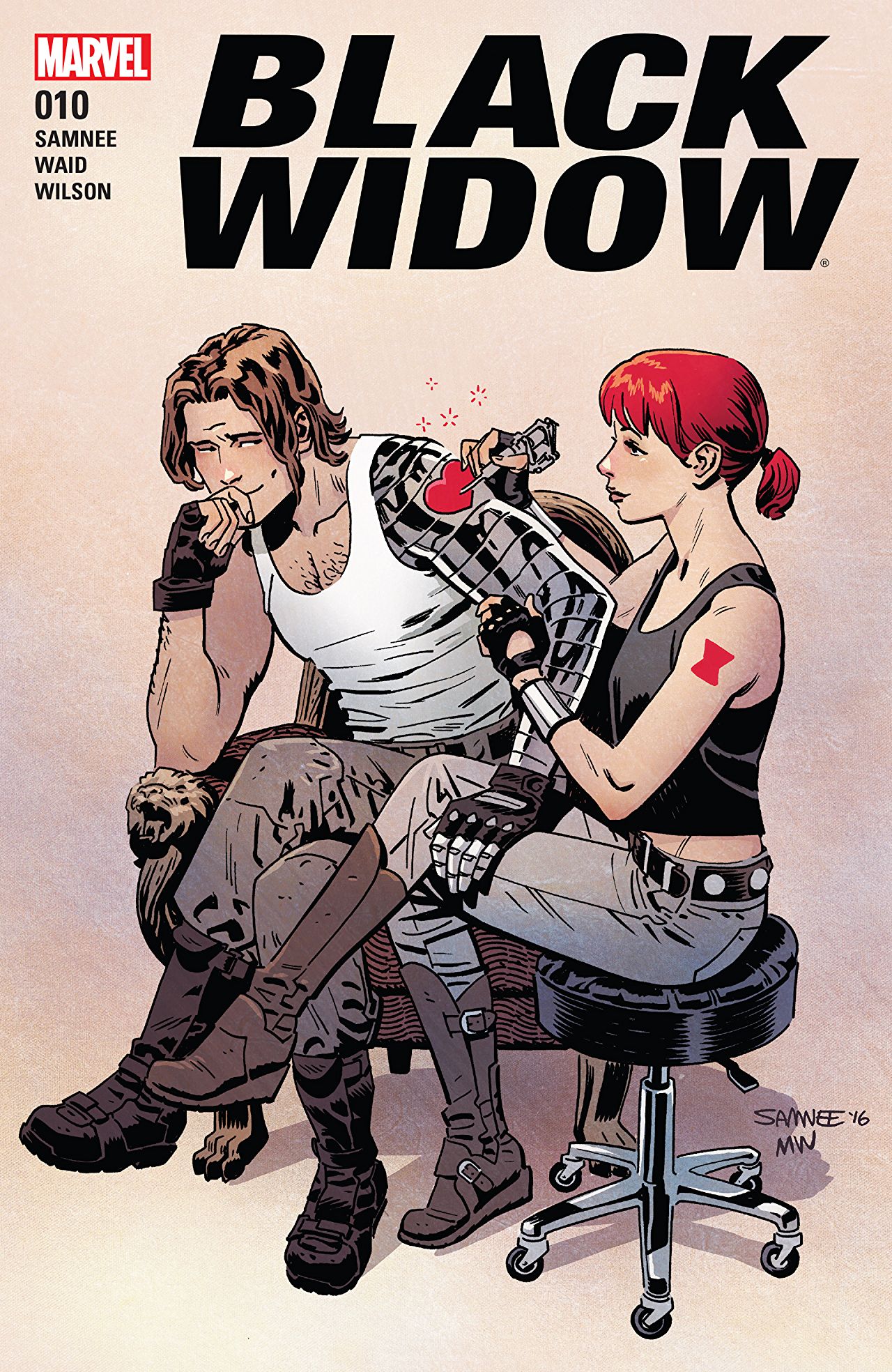 A key way that it gets sustained is more than just a blind willingness to embrace a convenient lie, it’s those subtle gaps in representation that reinforce ideas about the place of women both within comics and society in general.

A woman of the kind I’ve been describing, impossibly old, world weary, and scarred would be, like many iconic characters, more than the sum of her parts. She would speak to that emotional state, providing an emotional present and a physical future in the medium. She would also speak to the length, breadth, and permanence of women’s participation in comics.

The fact that she doesn’t exist in any kind of prominent way says a lot about where the industry as a whole is on the topic of women’s inclusion, and it hardly seems accidental.