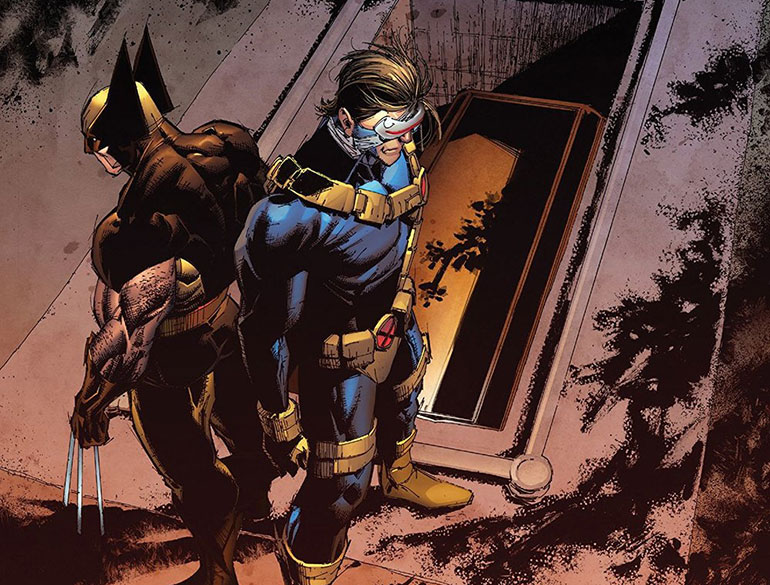 Here we are again.

There’s been another violent trans panic sequence in a major comic. This time it ends in murder and comes gift wrapped in the mutant metaphor. In Uncanny X-Men #17, Rahne Sinclair’s death is portrayed at the hands of a bunch of bros who harass her while sitting alone on a park bench, then turn violent when they discover she’s a mutant. 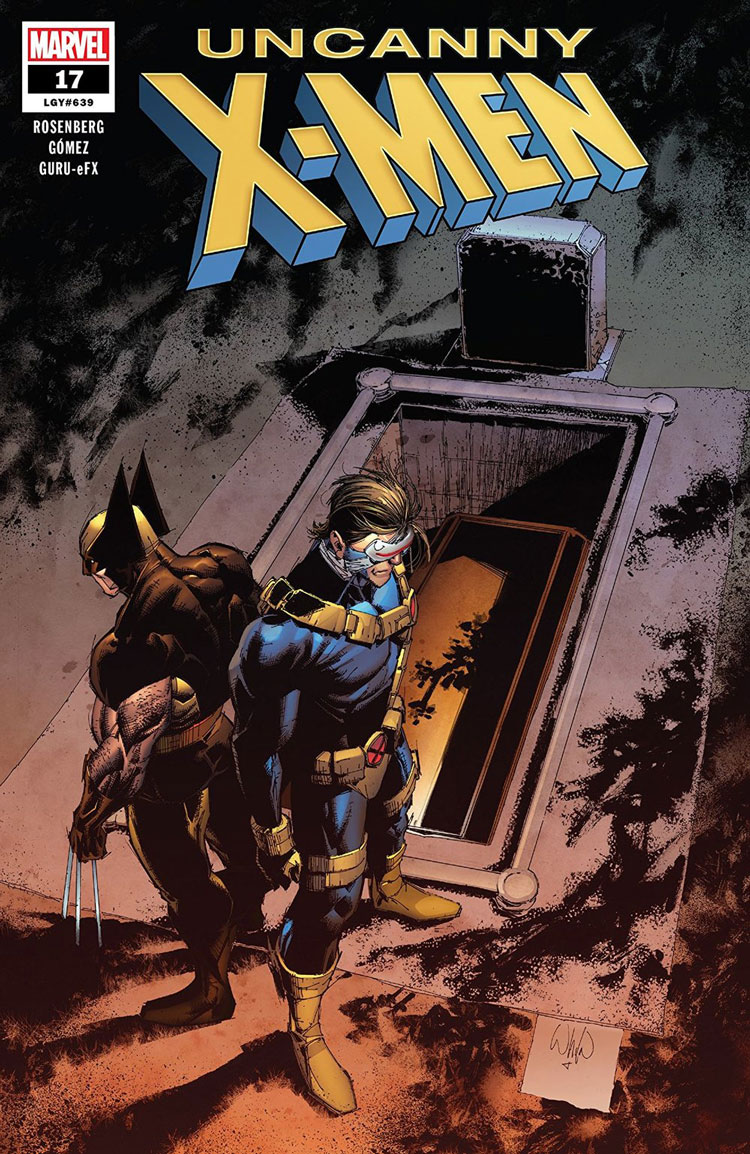 It’s the precise framing of a trans panic murder, right down to her killers jumping to slurs once Rahne partially transforms, and one of the group taunts her initial harasser for hitting on a mutant. It’s a retrograde usage of the mutant metaphor that is both twenty years behind the times and an example of a kind of storytelling that trans readers, critics, and creators have repeatedly defined as being harmful and counterproductive.

The basic fact of the matter is that the trans readership is tired of our entire existences in fiction — either through direct representation or allegory — being defined by misery, tragedy, and violence. Trans existence in fiction, especially in comics, is typically reduced down to dysphoria, prejudice, and violent death. Gender euphoria and the ways that we conceive of ourselves don’t make it into the mainstream because the spectacle of our misery and murder is cheap, easy, and safe.

You can swear up and down that creating a spectacle out of trans death brings sympathy and education to trans rights, but that just does not hold up in practice. Depicting the violent end of trans lives doesn’t upend or challenge the status quo. It reinforces and normalizes the violent and murderous rejection of trans people, particularly trans women of color. 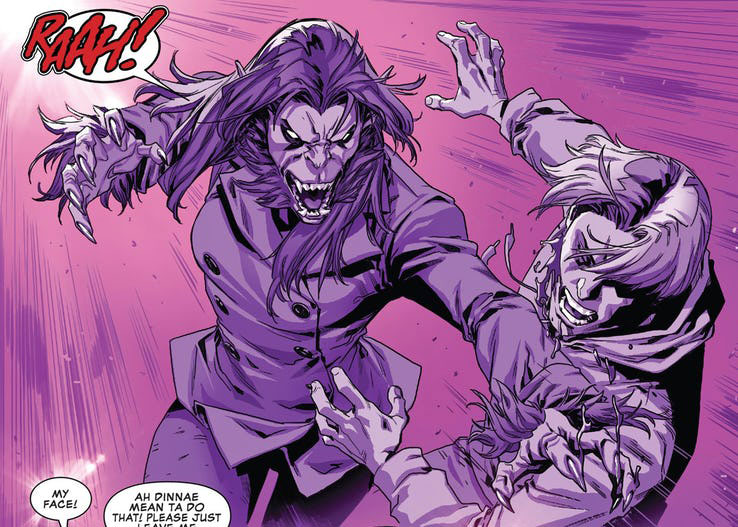 If all trans women see of ourselves in media is violent rejection and outright murder, we’re going to internalize those messages, the same way that any other marginalized group is made to internalize their oppression through the bombardment of derogatory depictions of them.

It’s utterly meaningless that the perpetrators are presented as faceless villains because the ubiquity of these scenarios communicates an inevitability to them. I can say this with confidence and authority because I’ve lived my entire life under the shadow of The Crying Game. I was eight years old when it was released in 1992. I’ve never seen it, and for all I know, its portrayal of trans identity is largely sympathetic but whatever redeeming value it might have, its entire legacy was mainstreaming viciously cruel jokes about trans women “tricking” men, which dominated pop culture through the decade and continues to be largely acceptable.

Using the language and framework of a trans panic murder to portray Rahne’s death isn’t progressive or meaningful. It’s the vile reification of a trauma that trans people are sick of reliving and a misappropriation of the politics of trans lives that cheapens our ability to tell our own stories in our own voices. 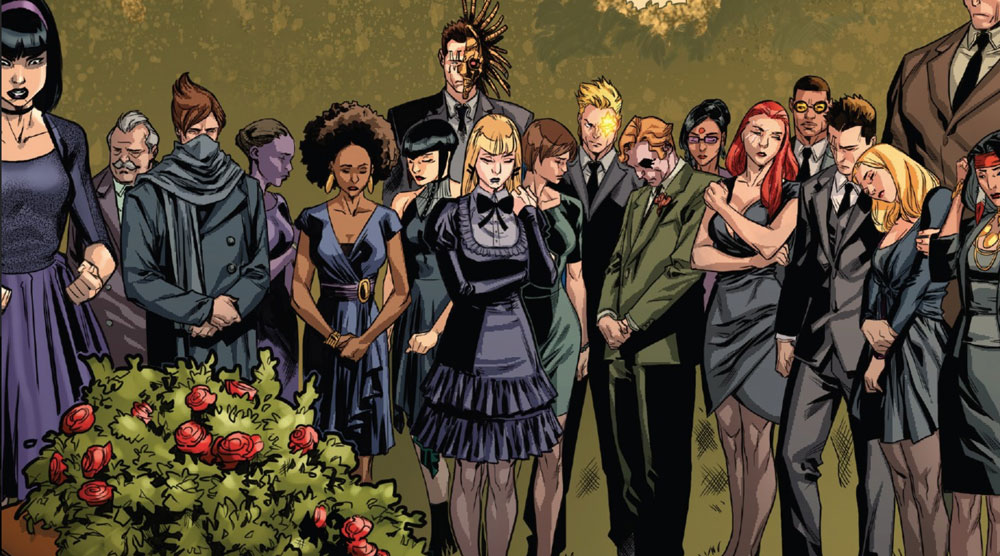 What’s especially disgusting about Uncanny X-Men #17 is that it uses all the language and particulars of a trans panic murder and transposes them onto a cisgender character, denying even the portrayal of queer mourning and community. Instead, what we get is a pompously self centered eulogy from Cyclops about how tired he is of the violence, Logan exploiting it as an excuse to fuel his violence addiction, and a brawl between the two.

Even leaving the misappropriation of transmisogynist violence aside, this is an outright fridging. Rahne died so that Logan and Cyclops could get mad at each other and have another fight. There’s no escaping how poor the storytelling choices were here, there’s no pleading ignorance or begging forgiveness.

Everyone involved in this issue knew what they were doing and they did it anyway. There just plain is not an apology that could carry any weight behind it in this situation. 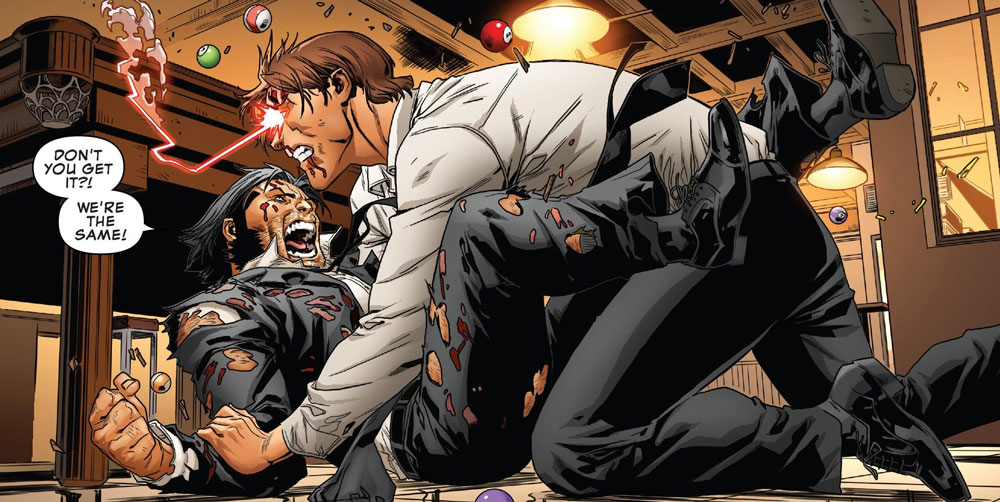 Portrayals like this are why we end up with a vocal element of the fanbase calling for a complete moratorium on the deaths of LBGTQIA characters. Of course Rahne herself wasn’t portrayed as such, but the framing of her death contributes to that condition. When straight creators assert a monopoly on LBGTQIA coded death, it denies us the ability to confront it on our own terms and devalues work that attempts to do exactly that.

Death, grieving and revenge all belong to white male entitlement in Uncanny X-Men #17. It’s about Logan’s need for violent retribution and Scott’s need to vent. It has nothing to do with Rahne or what her death signifies. The fundamental nature of the prejudice that killed her is never examined. The perpetrators are a faceless, external enemy that are easily written off as two dimensional bigots.

There’s no self reflection on the systemic nature of the bigotry in play. It’s more or less impossible to do because that bigotry was transposed from real world violent transmisogyny into a fantasy world where those dynamics cannot operate in the same way. So what we get instead is a superficial misappropriation of a very specific marginalized experience transposed onto a more convenient, normative body. 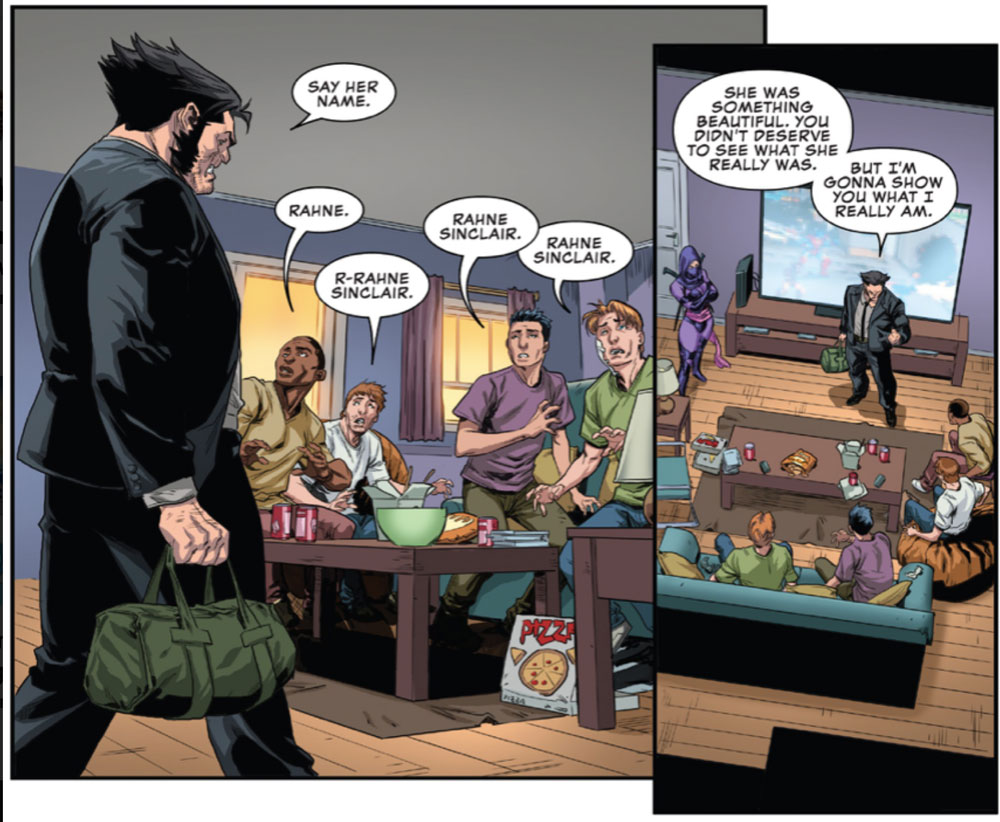 It’s something that we’ve seen over and over again with the X-Men and the particular abuse of marginalized experiences that we’ve seen it engender over the years. The framing of Rahne’s death coming this soon after teen Iceman being forced back into the closet at the climax of the Extinction storyline displays a startling level of unthinking cruelty towards LBGTQIA readers who not only identify deeply with the X-Men, but have also had their experiences form the backbone of how the mutant metaphor has operated since the Legacy Virus was introduced as an HIV allegory.

Combined with with the recent decision to kill off Brunhilde, the queer iteration of Valkyrie to make room for Jane Foster in the role, it’s becoming all too clear that Marvel is indifferent at best and hostile at worst to LBGTQIA readers.