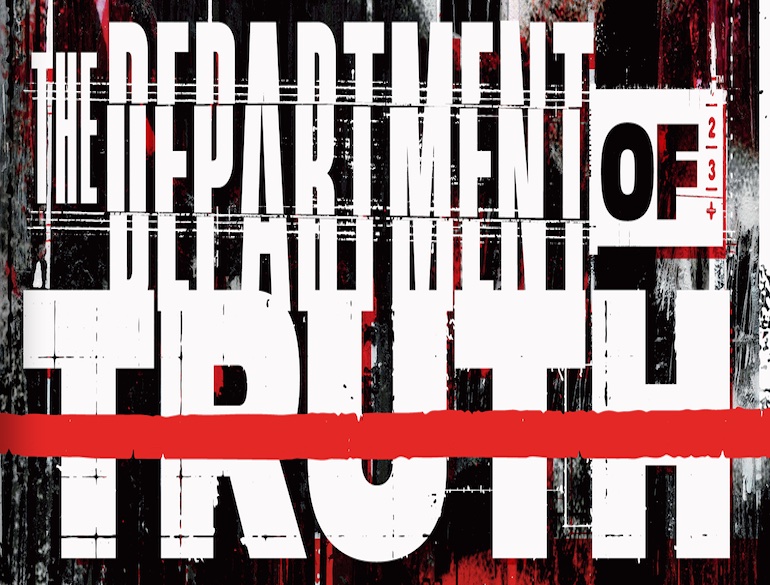 I think it can be said without the ruffling of many feathers that “comics are art.” Still, one of the biggest philosophical issues we as a society tend to run into, much like Wile E. Coyote when he crashes headfirst into a stone slab he thought was a tunnel, is the question “what is art supposed to do for us?” It’s a doozie of a question and I am not saying that this is something all comic creators can or should tackle explicitly. Some people want to make comics that are absurd and without intentional meaning. Implying, for example, that “all comics, as art, deliver the same message and feeling” is like saying “all food is the same because it sustains us.” That is objectively a false statement. Some food is more or less healthy than others, some foods are more plentiful, some foods are unique to certain regions, etc… So, if I might dare for a moment to prepare you for the comic I want to point you towards, let me present this hopefully-honest-and-truthful statement:

Some comics are the kind of art which asks the reader to literally, for a moment, question reality and they are useful tools for self-discovery.

Some comics have pushed me to deeply confront issues about where I form my own boundaries as to what I think reality is, how I discuss it, and where my comfort level is at with the world that I live in. This isn’t anything mystical, but my journey with some comics has forced me to take a deep-dive into my own heart and figure things out about my values. And, hey, isn’t that something we can all agree good art should make us do?

The Department of Truth is a 2021 comic series written by James Tynion IV, with art created by Martin Simmonds, letters by Aditya Bidikar, designs by Dylan Todd, and it was edited together by Steve Foxe. The premise of the series is simple. Quantico teacher Cole Turner spends his time monitoring extremist, right-wing groups on the internet between his teaching sessions and has a fascination with where and how people become enmeshed in indoctrinating conspiracies. In short order, Cole finds himself drawn into a new job with the titular Department of Truth after they poach him from the FBI. His new job involves the revelation that, if left unchecked, certain conspiracies that gain enough attention become tangibly real and retroactive to history. In other words, the right conspiracy about the Earth being flat could very well make that the physical, tangible Truth of reality. Cole is brought in to support Agent Ruby, his new partner, and their boss. I won’t spoil who the boss is because it’s great.

Early on in the story, when Cole is being quizzed about his previous job and his interest in right-wing internet culture, he makes this statement concerning the kinds of people who perpetuate certain image-board memes. He says: 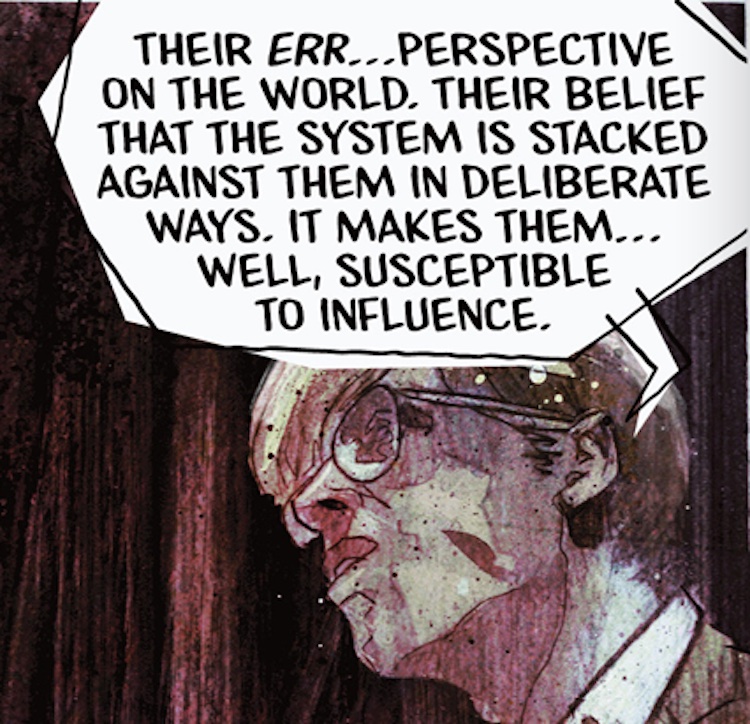 This seems like a throw-away line perhaps, but I’ll admit that it has stuck with me. Tynion is asking readers who may not explicitly be “political” to have to glare into an unseemly facet on the jewel that I believe “American” mythology is. If myths are the stories society tells over and over again to generate a stable view of our surrounding, our systems, and our understanding(s) of what our fellow men and women care about, it is undeniably a part of out mythology that America is a completely balanced political environment where true justice and equality is just one election away if we all just push really hard, one last time.  America, like any artistic labor, was crafted by flawed hands in times more flawed that our present and, thus, these smiths created the “art” that is America on an imperfect canvas, just as all nations are made. We strive to paint over the flaws in the canvas, yet these flaws remain visible through the decades of work generations have put into reviving and re-defining our country past its foundations. The struggle towards better tomorrows is always laborious and is seemingly built on the hard work of those who labor under the harshest injustice. I, personally, have issues with the quote “the arc of the moral universe is long, but it bends toward justice” because not all actors and agents in this universe, certainly not this country, are moral. What about the arc of those serving the immoral universe, those active agents of decline and decay who want any progress halted or undone? Dear Reader, I feel that, as a philosophical document, The Department of Truth is a piece that dares us to try, on some level, to agree with Cole about the notion that there may be two tiers of actors serving the immoral universe, those who are brought into it and kept within it through deception and those who perpetuate the deception for their own ends. I think Tynion and The Department of Truth makes an effort at forcing readers to at least try and establish a boundary line where it comes to political discourse so they can address what their “truth” even is. Do you agree with Cole? Disagree?

The Department of Truth comic is a sprawling, deep-dive into a huge host of issues, but perhaps the one which is the most difficult and the most vital to our discourse is a plot early into the series, one that takes place in issue number three. Without spoiling too much, the nature of one of the early cases that Cole and Ruby have to handle is how disinformation concerning a school-shooting, disinformation spread by a character whose physical appearance and actions mirror and satirize an all-too-real monster, impact a mother. It is haunting and it made me furious as I read it. It made, in my opinion, a clear case for how I think Tynion wants readers of The Department of Truth to literally see America, it’s mythos, and our own role in it, be it as a complacent bystander, or as an agent of either the moral or immoral arc of the universe. I have made no secret about my passion for Captain America. He is a character I have loved because he represents what America should be, not what it is. He is a positive thought-form, something to believe in. I dare say he is a manifestation, in the best sense, of that arc of the moral universe. Unfortunately, the tangible, real world I live in is filled with the kinds of people who intentionally spread lies about school shootings, it is filled with people who became rich off peddling fabrications, lies, and abuse. Tynion’s work demands we open our eyes and look around, unblinking, at what surrounds us. 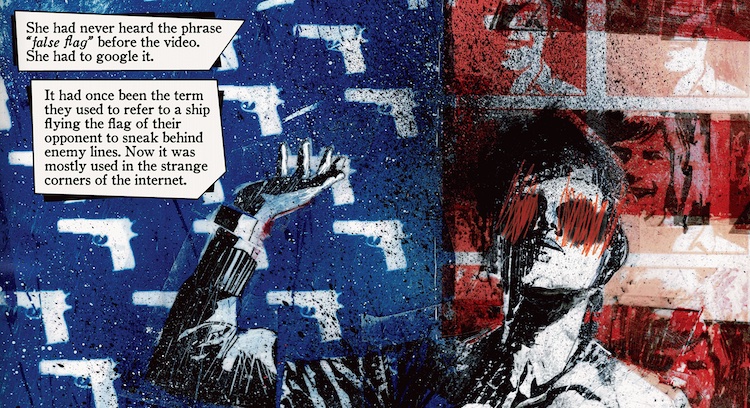 How do I deal with … all this? How do I confront the idea that America, as I know and love it, has been as bad in the past as it could be good in the future? How do I weigh the accumulated, real-world cruelties of the present and past against the tangible “maybes” and “possibilities” of tomorrow? 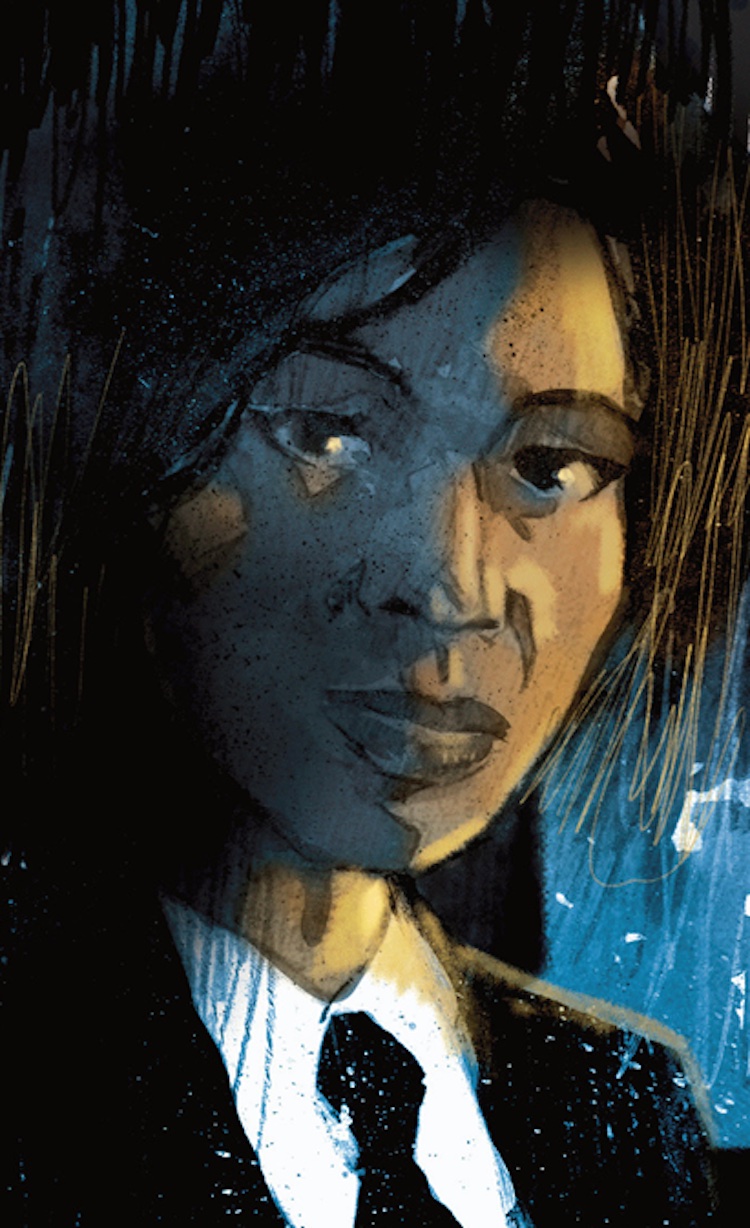 For myself, I read comics. They’re perhaps imperfect messengers at times, but they’re complex, they’re composite pieces of so many skills and passions. The Department of Truth forces me, whenever I read it, like I have recently when I went back to prep for this article, to address evil, to address that there are people in the grip of intangible lies. This comic is a fictionalized example of people coming together to, yes, create a fantasy where anything can happen and many social ills are the fault of shadowy evil post-Cold War villains, but it is showing people fighting a good fight. Tynion and Simmonds could have made any story. They could have made any fantasy. Instead, they opened a huge can of worms for themselves and decided to show a few good people struggling in the aftermath of conspiracy theories that get people killed, preserve dangerous ideas, and drag our spirits down with every news-cycle and they try and stop it. They created a narrative that, as dark as it seems, has hope in its pages. 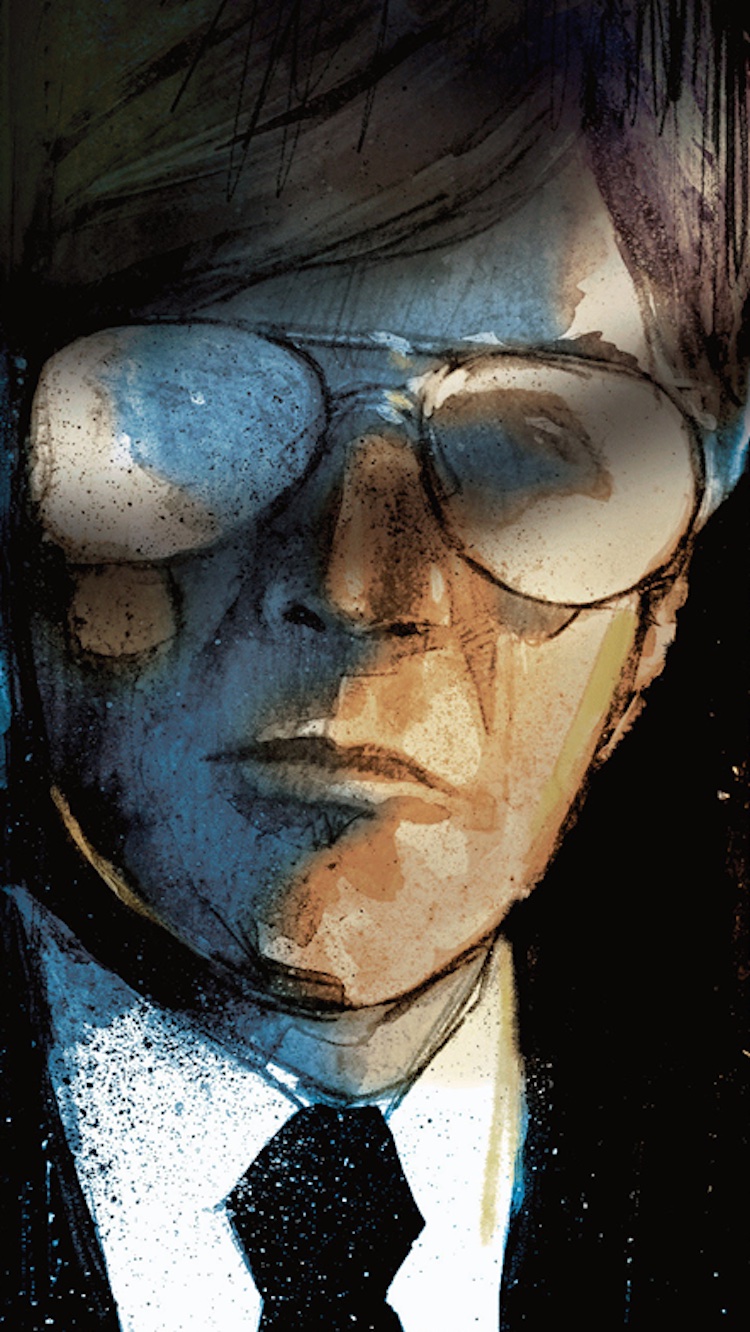 Tynion and Simmonds are telling people that we need to address the ills in our society without giving us easy answers. Like I said earlier, this is a comic that made me question my reality and to stop, really reflect, and consider why and how disinformation exists, who spreads it, and what I can do about it. The Department of Truth is fictional, but its topics are real, the weight of the feelings I had after the third issue are still real inside me right now. This comic made me inquire more about the world around me because it made me disgusted with some perspectives I tended to, like many, look away from if I stared at them for too long. Art is a mirror that should illuminate the world around us, but it is our job to do our part to clean up whatever evils are revealed. All art is not always perfect, as people who make art are not perfect, but art can guide us to clarity. It can help us re-center our focus and get us thinking about what is important, why we love who we love, and what we can do to make the world around us better. Look, I get it: this is a lot of praise for a comic where a man with a pentagram on his face eats a baby in issue two, but I hope some of what I have shared about it makes sense.