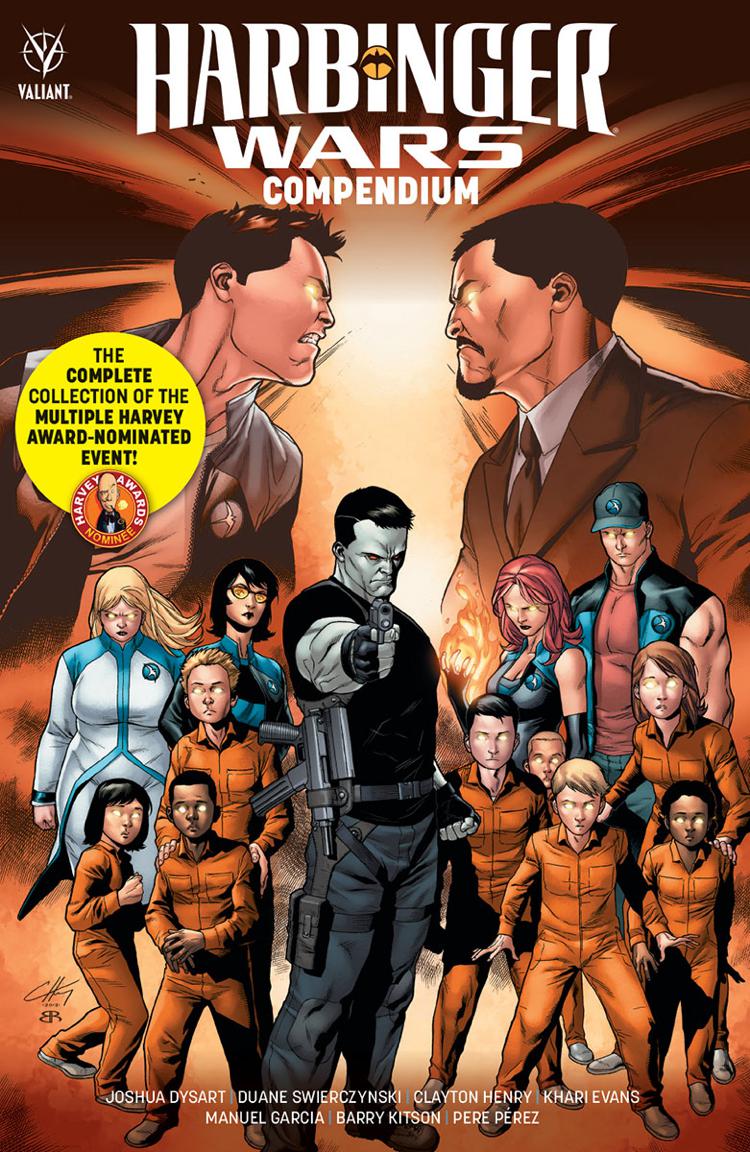 Valiant is proud to announce the HARBINGER WARS COMPENDIUM – A MASSIVE, 750+ PAGE COLLECTION representing the march toward the original groundbreaking crossover event that collided the opposing factions of the Valiant Universe together for the very first time in an extra-sized, softcover format!

Collecting the entire first years of both HARBINGER (#1-14) and BLOODSHOT (#1-13) alongside theHARBINGER WARS event series (#1-4) in complete chronological order for the first time between two covers, get the whole story behind the definitive Valiant crossover event – just as HARBINGER WARS 2 gears up for an all-out assault on Valiant’s most formidable heroes in May!

When an untrained and undisciplined team of super-powered test subjects escape from Project Rising Spirit and onto the Vegas Strip, Bloodshot and the Harbinger Renegades will find themselves locked in battle against a deadly succession of opponents – and each other. As the combined forces of the H.A.R.D. Corps, Generation Zero, and omega-level telekinetic Toyo Harada all descend on Las Vegas to vie for the control of Rising Spirit’s deadliest assets, the world is about to discover the shocking price of an all-out superhuman conflict…and no one will escape unscathed. Who will survive the Harbinger Wars?

As HARBINGER WARS 2 looms on the horizon, discover why the original HARBINGER WARS conflict established Valiant as the preeminent publisher of quality events anywhere in comics today…and introduced a whole generation of fans to the high-stakes world of the Valiant Universe’s most unlikely heroes:

“✮✮✮✮½… An intense and violent intersection of the most compelling superhero universe on the stands.” – IGN

“✮✮✮✮½… [HARBINGER WARS]  is the culmination of a year’s worth of carefully planned plot threads that finally pay off at all once.” – Bloody Disgusting

“✮✮✮✮… An absolute blast that brings the best of both HARBINGER and BLOODSHOT to the table. What’s not to like?” – Multiversity Comics

Featuring the first modern appearances of Bloodshot, Faith, Generation Zero, Toyo Harada, Livewire, Peter Stanchek, and dozens more, the HARBINGER WARS COMPENDIUM is the ultimate entry point into the most celebrated superhero universe anywhere on the stands today! Arriving just in time for the fifth anniversary of HARBINGER WARS’ initial impact, get both the renowned runs of HARBINGER and BLOODSHOT, plus the complete HARBINGER WARS saga, together in one deluxe package on May 2nd!

First: On May 2nd, witness the ground zero moment for the future of the Valiant Universe with a startling, self-contained initiation into the senses-shattering clash of 2018 in HARBINGER WARS 2: PRELUDE #1 by Academy Award nominee Eric Heisserer (SECRET WEAPONS, Arrival) and visionary artists Raúl Allén(SECRET WEAPONS) and Patricia Martín (BLOODSHOT REBORN)! 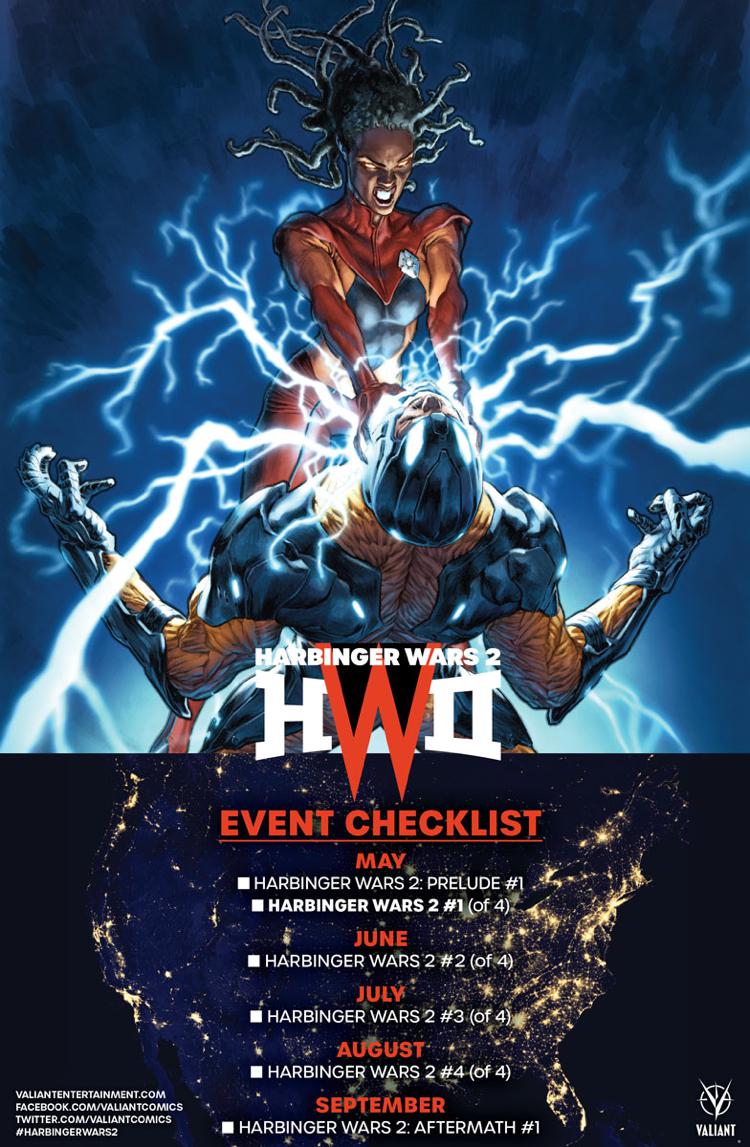 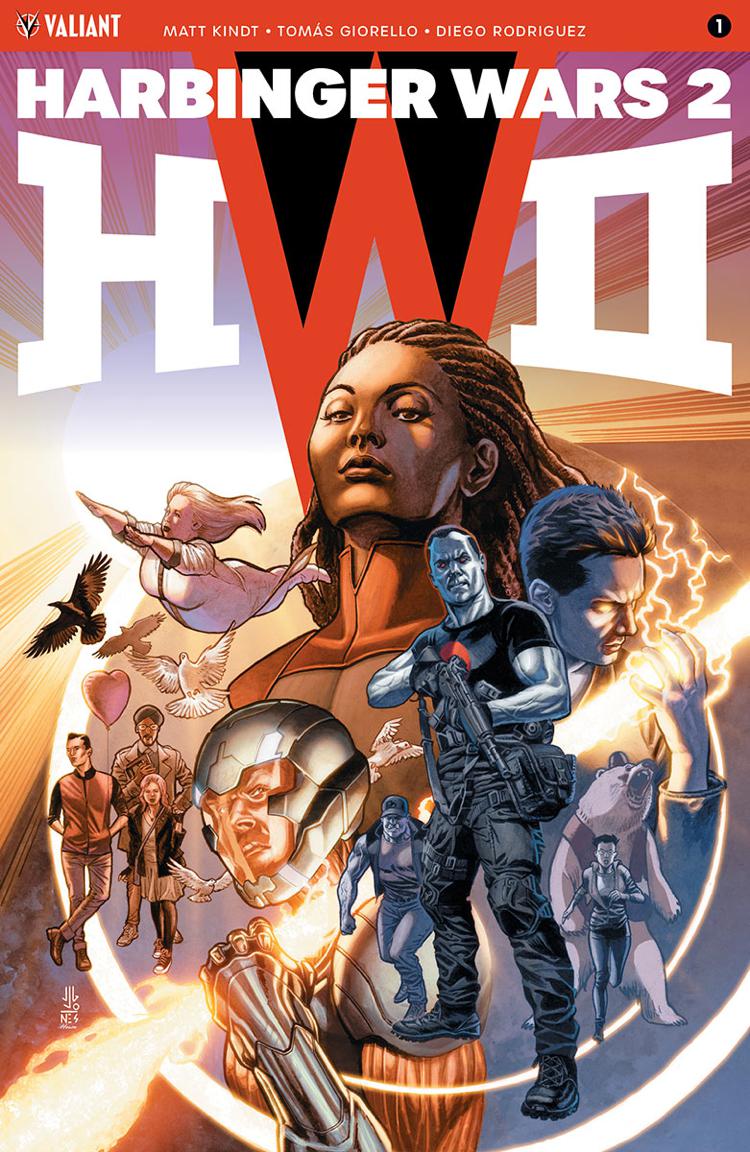 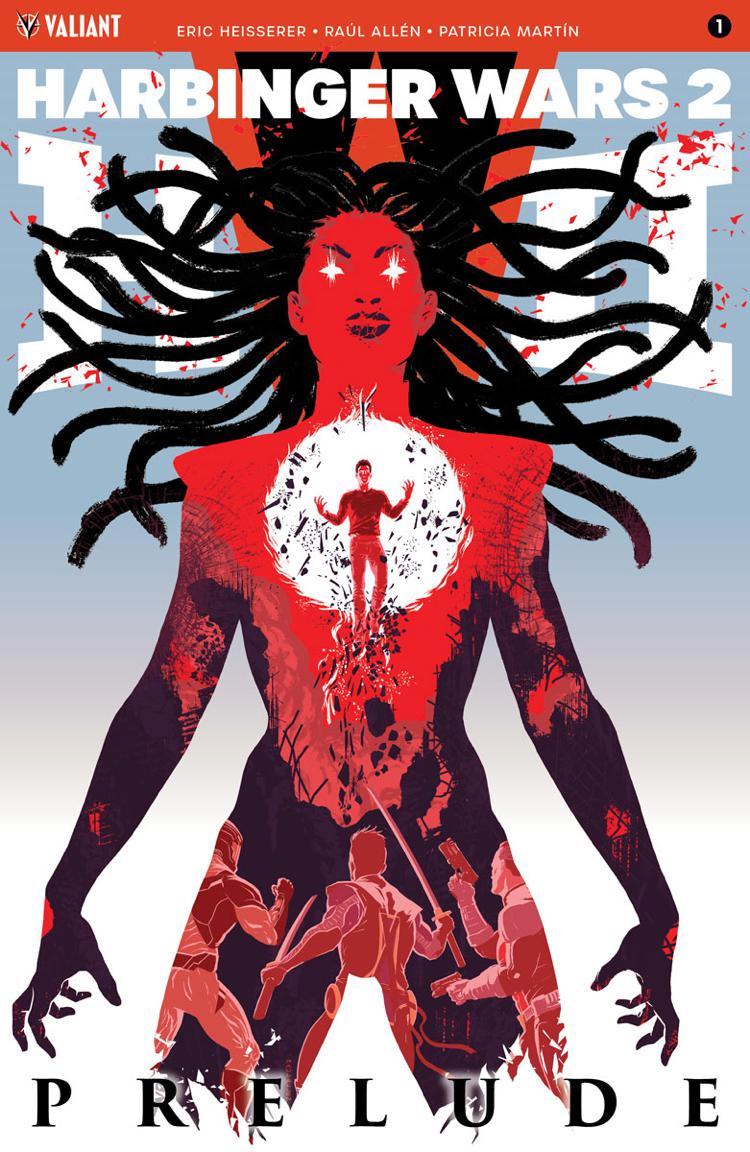