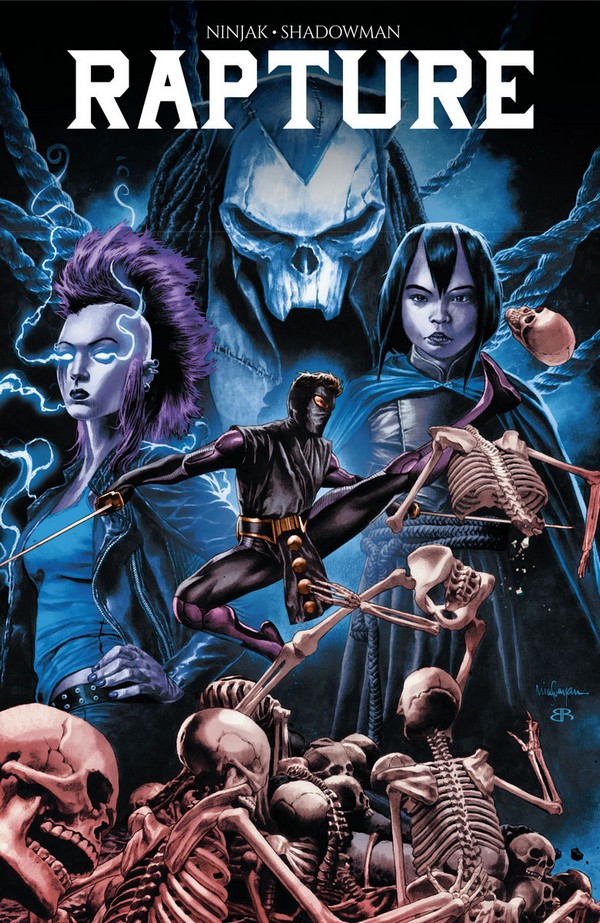 As revealed today at Nerdist, Valiant is proud to announce RAPTURE #1 (of 4) – a spellbinding standalone event from New York Times best-selling writer Matt Kindt (X-O Manowar, Mind MGMT) and explosive artist CAFU (Rai)! In the epic tradition of THE VALIANT, the fallen hero once known as Shadowman returns to the forefront of the Valiant Universe to unite with the most unlikely ally of all – seasoned MI-6 intelligence operative Ninjak – for an epic quest into the unknown!

“RAPTURE is our  biggest and most harrowing exploration of the Shadowman mythology to date,” said Valiant Editor-in-Chief Warren Simons. “The return of Jack Boniface is the just first step in a series of major developments that will be coming for Shadowman over the next year, and RAPTURE will officially begin his long-awaited return to the forefront of the Valiant Universe.”

“This series is ‘Lord of the Rings’ for the Valiant Universe, and Matt Kindt and CAFU have crafted a sprawling, Tolkien-esque journey that will see Ninjak, Shadowman, the Geomancer, and Punk Mambo fighting alongside a barbarian horde in one of their grandest battles yet,” said Valiant CEO & Chief Creative Officer Dinesh Shamdasani. “In the mold of previous standalone events like THE VALIANT, this series is a self-contained entry point that will will open an entirely new, unexplored corner of our universe and propel the twin destines of two of Valiant’s biggest characters forward for some time.”

On a scarred landscape, two otherworldly armies prepare to battle one last time, vying for control of a massive tower named from an ancient language no longer permitted to be spoken.

One army is led by a primeval force named Babel, whose goal is singular: to breach “Heaven” no matter the cost. The only thing standing in his way is a gray-haired barbaric warrior, filled with rage and regret – a man who sees this battle as his last chance for redemption. But he knows his depleted forces have little chance of victory unless aid comes soon.

Enter Tama: A 12-year old girl on the crest of a hill overlooking the battle, who has just become humanity’s only hope. The last in an ancient line of mystics who protect the Earth, she has foreseen this battle and knows millions will perish if she’s unable to stop it. Now Tama and her ragtag team of malcontents – Ninjak, Shadowman and Punk Mambo – must somehow defeat an elder god hell bent on piercing the heavens.

“I grew up loving ‘Conan’ and ‘Lord of the Rings’, but I haven’t really gotten a chance to develop my take on that kind of genre. I tend to gravitate to more grounded stories (relatively) with spies and gadgets and mystery,” writer Matt Kindt told Nerdist. “So it’s interesting to take that grounded sensibility and apply it to some crazy fantastical ideas – exploring heaven and hell, and gods and demons – but doing it in a way that humanizes all of the characters.”

On May 24th, steel meets shadow for Valiant’s first fantasy epic! Join the crusade as Ninjak and Shadowman unite for an astounding journey into the space between life and death…through the Deadside…and into the many worlds that lie beyond with a spellbinding and horrific standalone event, beginning in RAPTURE #1 (of 4) – featuring covers by Harvey Award-nominated artist Mico Suayan (Bloodshot Reborn) Eisner Award-nominated artist J.G. Jones (Final Crisis), acclaimed artist Kano (Swamp Thing), and rising star CAFU (Action Comics)! 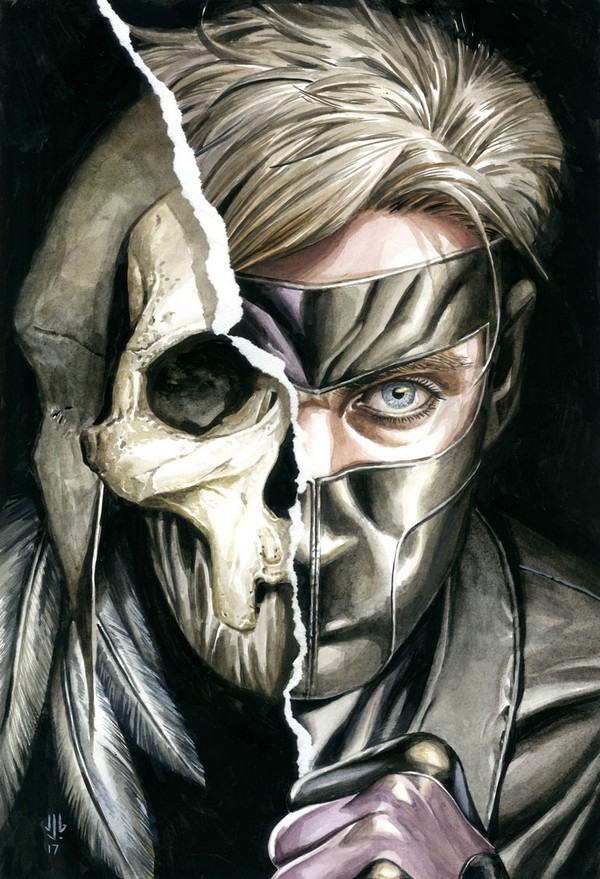 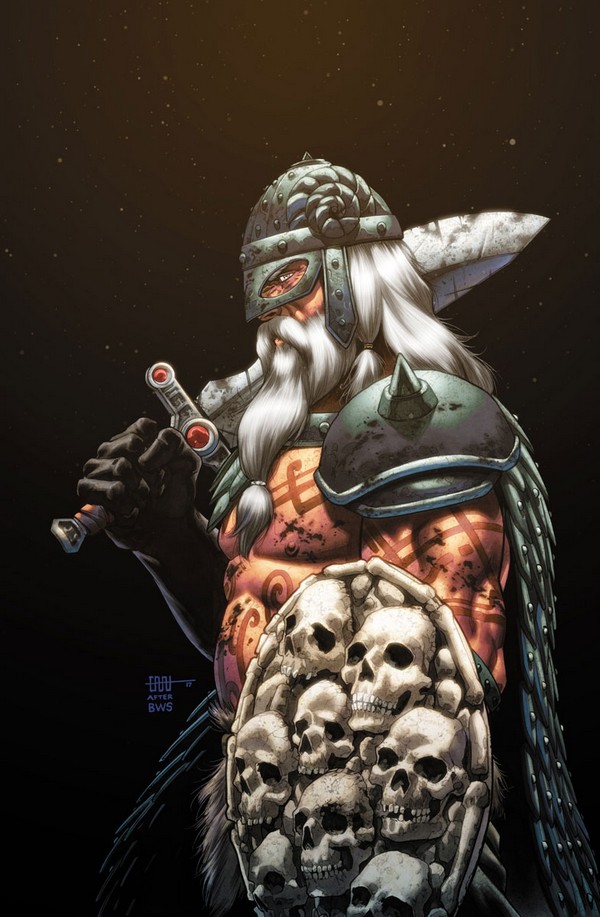 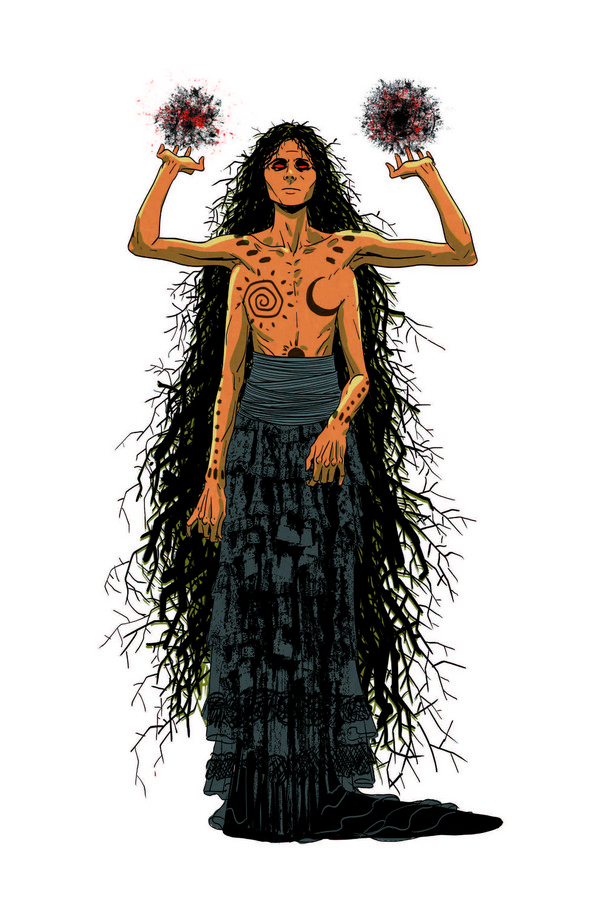