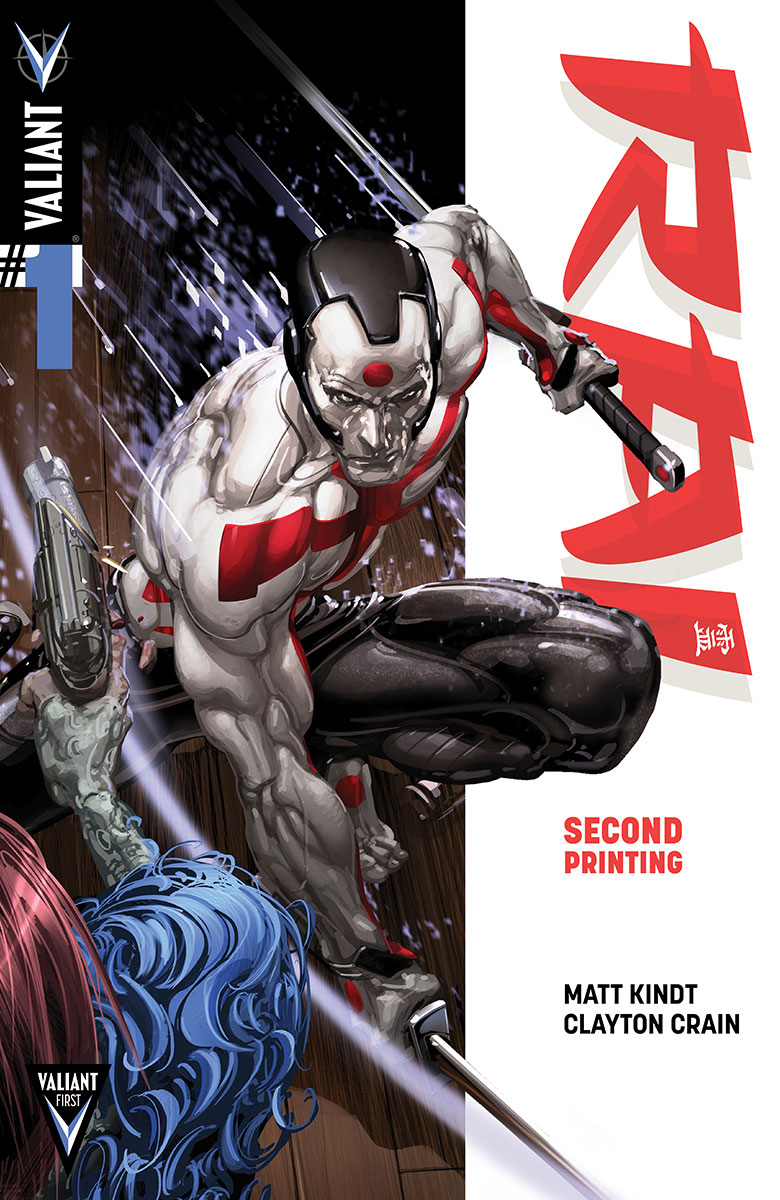 Valiant is proud to announce that RAI #1 – the debut issue of Valiant’s newest ongoing series from New York Times best-selling writer Matt Kindt (Unity, Mind MGMT) and superstar artist Clayton Crain (Carnage) – has rocketed through its 36,500 copy print run and is now completely sold out at the distributor level. A second printing – with a new cover featuring Crain’s stunning, digitally painted interior art – is now scheduled to arrive in stores June 4th, alongside the series’ next blockbuster issue, RAI #2.

The year is 4001 A.D. – led by the artificial intelligence called “Father,” the island nation of Japan has expanded out of the Pacific and into geosynchronous orbit with the ravaged Earth below. With billions to feed and protect, it has fallen to one solitary guardian to enforce the law of Father’s empire – the mysterious folk hero known as Rai. They say he can appear out of nowhere. They say he is a spirit…the ghost of Japan. But when the first murder in a thousand years threatens to topple Father’s benevolent reign, Rai will be forced to confront the true face of a nation transformed…and his own long-lost humanity…

On June 4th, pick up RAI #1 SECOND PRINTING and RAI #2 to discover why critics are calling Matt Kindt & Clayton Crain’s RAI the most daring new series of the summer:

“An immersive experience…unlike anything else in comics.” – Comic Book Resources
“Rai is off to a killer start… This is a book you really need to check out.” – Comic Vine
“Rai is just plain amazing… It’s impossible to overstate how great Crain’s work is here.” – IGN
“Maybe the best looking comic Valiant has produced yet, and a book that has nearly unlimited potential…” – Multiversity Comics
“A beautifully visualized, engaging artifact of future noir… [Rai] comes with the highest praise.” – PopMatters

The first title of the VALIANT FIRST publishing initiative, RAI is a series unlike anything else in comics today – and a perfect introduction to Valiant’s award-winning line of titles! With major new #1 debuts arriving all summer long, look to VALIANT FIRST each month to discover a whole new array of titles that will have you reading Valiant FIRST when you head home from the comic shop:
MAY: RAI #1 by Matt Kindt and Clayton Crain
JUNE: ARMOR HUNTERS #1 by Robert Venditti and Doug Braithwaite
JULY: ARMOR HUNTERS: BLOODSHOT #1 by Joe Harris and Trevor Hairsine
JULY: ARMOR HUNTERS: HARBINGER #1 by Joshua Dysart and Robert Gill
AUGUST: THE DELINQUENTS #1 by James Asmus, Fred Van Lente, and Kano
SEPTEMBER: THE DEATH–DEFYING DR. MIRAGE #1 by Jen Van Meter and Roberto de la Torre
For more information, visit Valiant on Facebook, on Twitter, on Tumblr, and at ValiantUniverse.com. 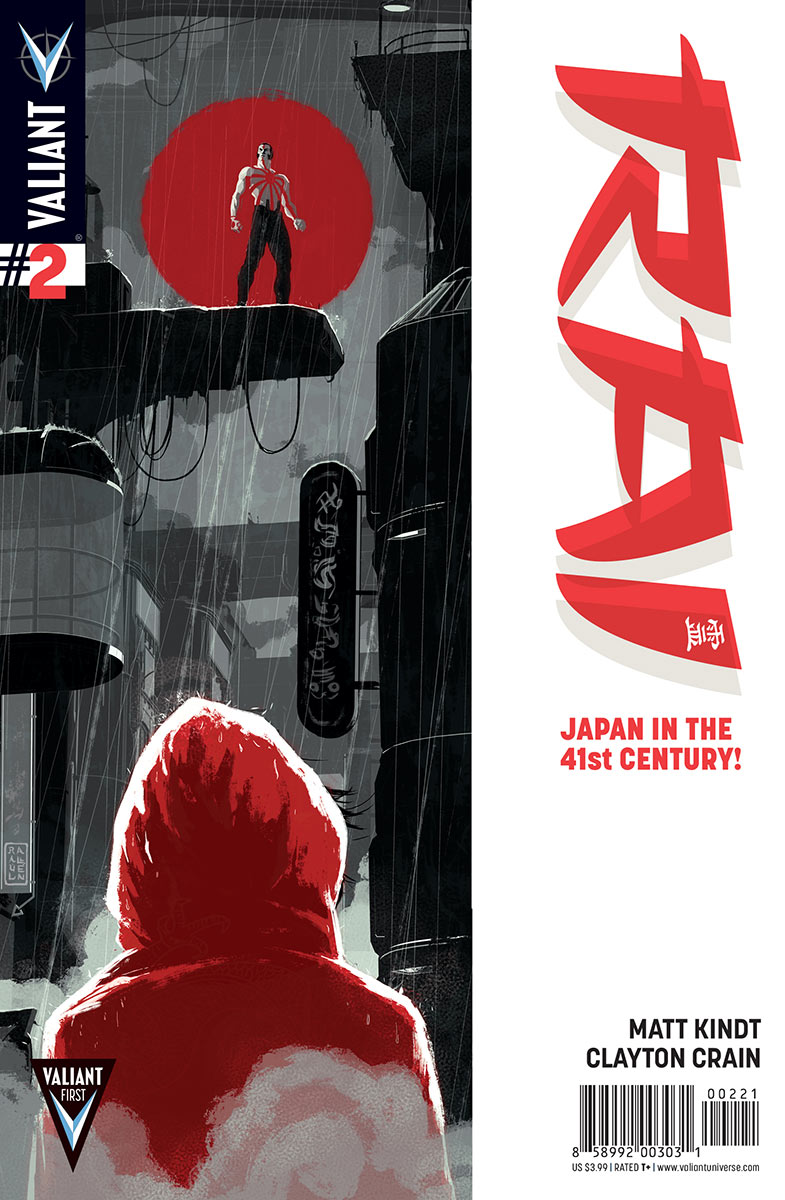 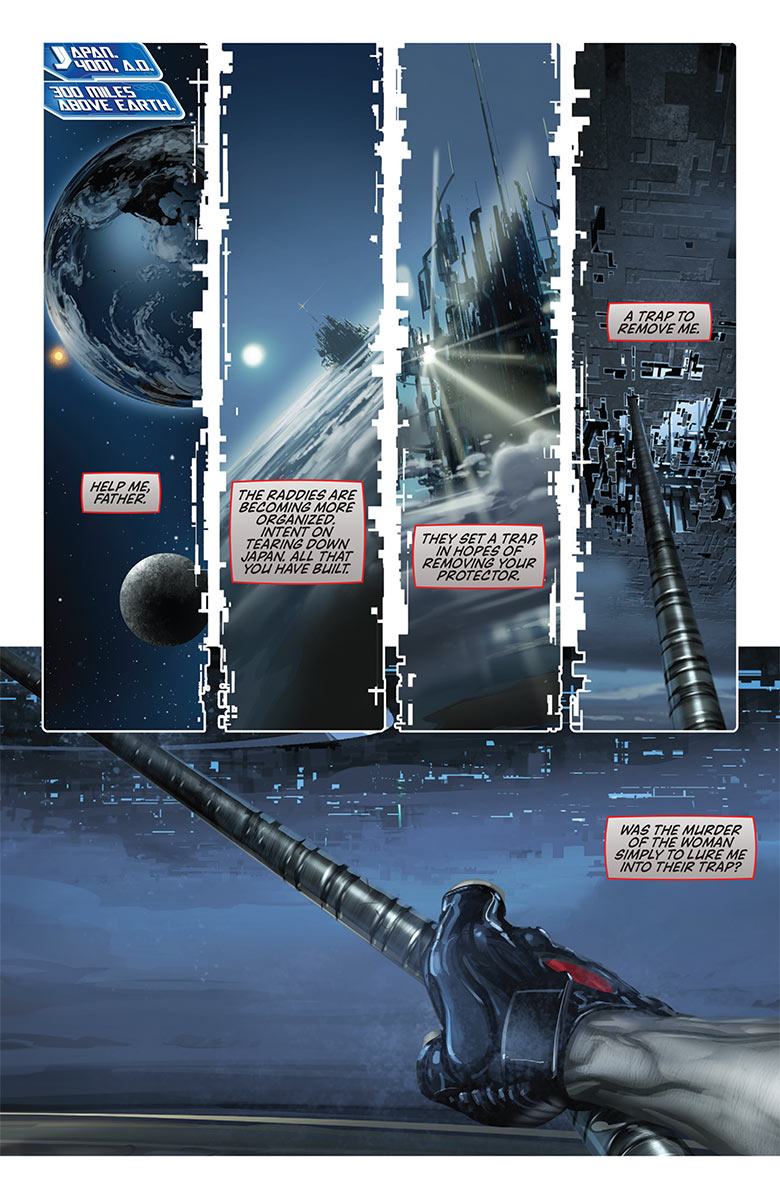 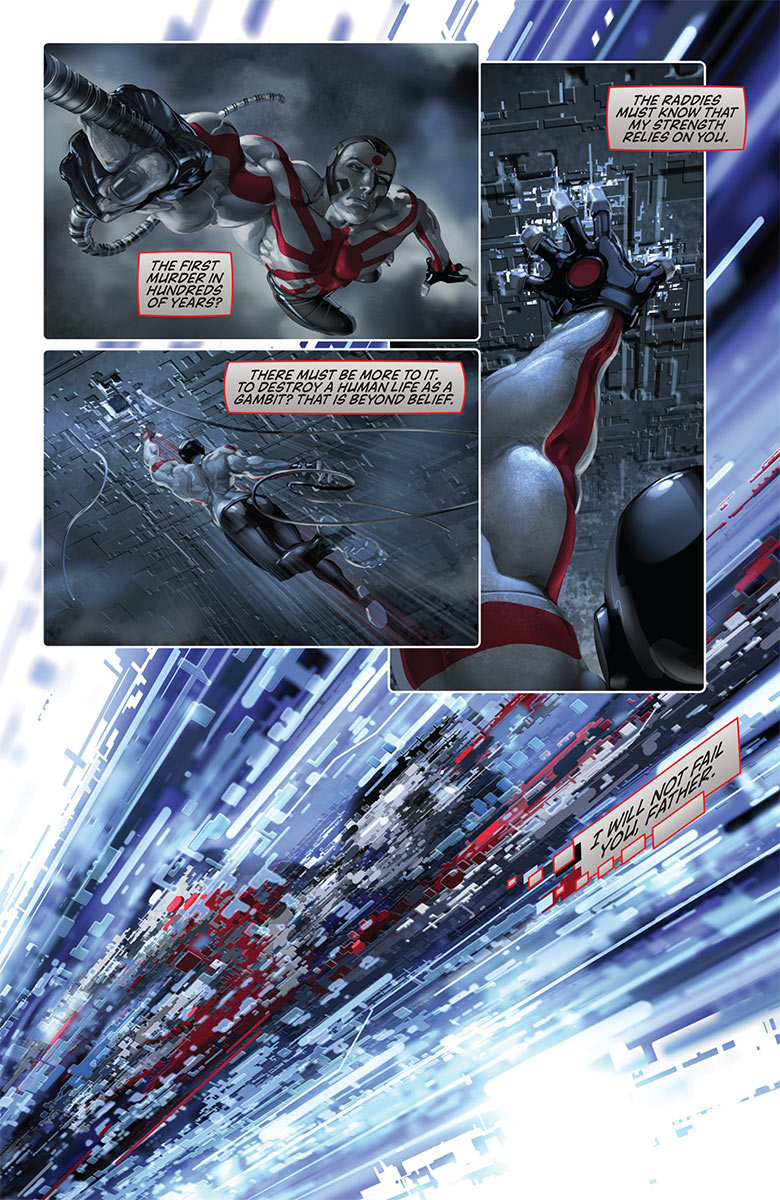 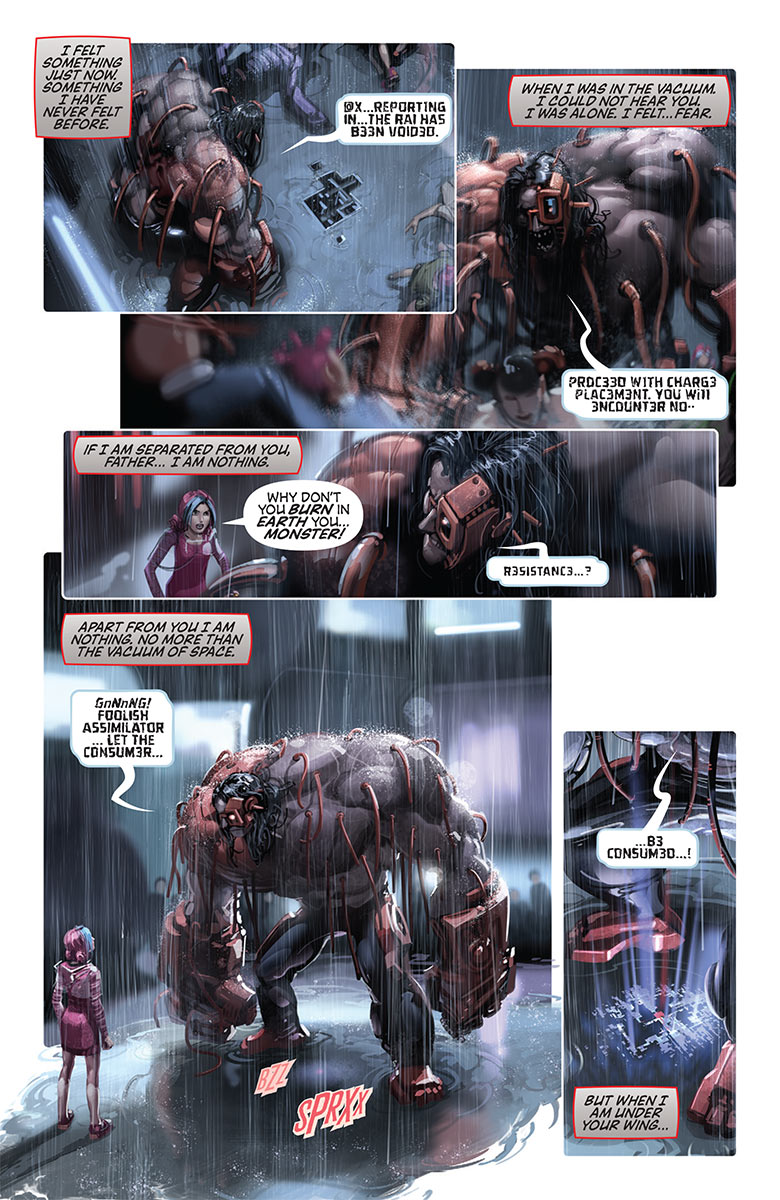 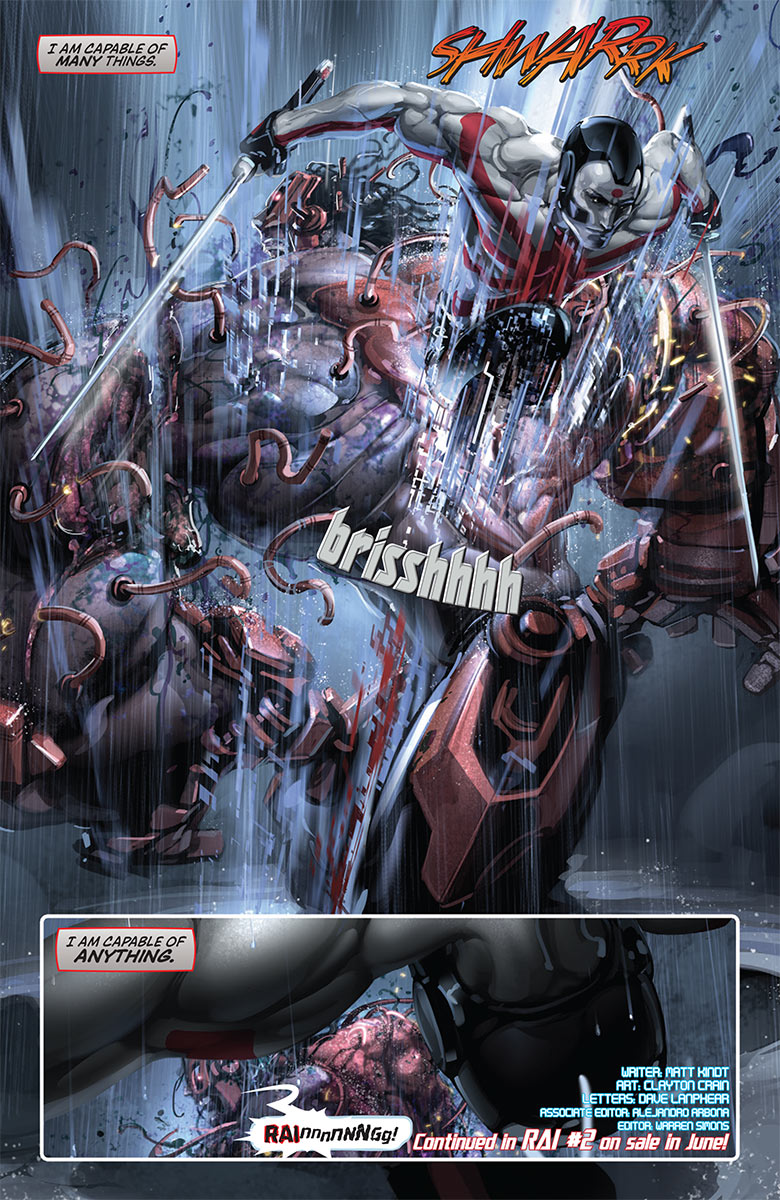