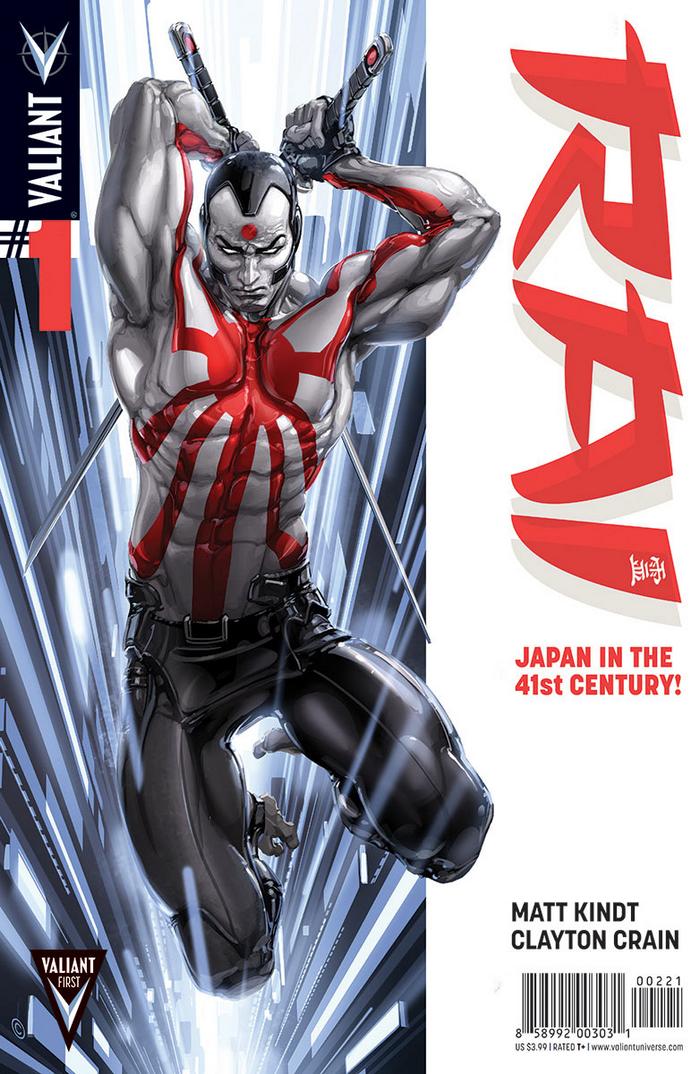 Valiant Entertainment has bumped the released date for Rai #1 up to April 30, 2014.

Valiant is proud to announce that RAI #1 – the FIRST ISSUE of an all-new ongoing series from superstar creators Matt Kindt (Unity, Justice League of America) and Clayton Crain (X-Force, Carnage), and the launch title of the VALIANT FIRST publishing initiative – will be hitting stores one week early on April 30th, just in time for Free Comic Book Day 2014!

“Free Comic Book Day has been a major component of Valiant’s success since our return, and we always like to make sure that our retail partners are adequately equipped for the single biggest day of foot traffic in stores across the world,” said Valiant Publisher Fred Pierce. “Moving the release of Rai #1 up to April 30th is the perfect way to ensure that local comic shops shops can get the jump on the launch of the Valiant First initiative, and introduce as many fans as possible to the stunning world of 41st century Japan as realized by two of the most phenomenally talented creators working in comics today.”

This summer, Matt Kindt and Clayton Crain’s one-of-a-kind adventure proves that there is nothing else in comics like RAI! The year is 4001 A.D. – led by the artificial intelligence called “Father,” the island nation of Japan has expanded out of the Pacific and into geosynchronous orbit with the ravaged Earth below. With billions to feed and protect, it has fallen to one solitary guardian to enforce the law of Father’s empire – the mysterious folk hero known as Rai. They say he can appear out of nowhere. They say he is a spirit…the ghost of Japan. But when the first murder in a thousand years threatens to topple Father’s benevolent reign, Rai will be forced to confront the true face of a nation transformed…and his own long-lost humanity…

What do you read first? Throughout 2014, VALIANT FIRST will be rocketing to the top of your read pile with a major #1 issue debut monthly by some of the most talented creators in comics. Each month, Valiant is committed to delivering compelling and accessible new entry points to its award-winning publishing line – all while releasing no more than nine core titles per month by the end of the year. A combination of new ongoing titles, unprecedented crossover collisions, and high-profile mini-series, these are the titles that will have you reading Valiant FIRST when you head home from the comic shop –and it all begins on April 30th with RAI #1 by superstar creators Matt Kindt and Clayton Crain! Contact your local retailer to pre-order your copy today!

Also hitting on Free Comic Book Day, get a sneak inside the far-flung world of 4001 A.D. in the pages of Valiant’s ARMOR HUNTERS FCBD 2014 SPECIAL – also featuring an advance look inside the launch of VALIANT FIRST’s colossal summer crossover event ARMOR HUNTERS!

*For Valiant’s dedicated pullbox subscription customers, celebrate the launch of VALIANT FIRST with a special expanded edition of RAI #1, featuring 16 extra pages of in-story bonus features and dedicated looks inside the world of 4001 A.D. that won’t be collected for the trade paperback! 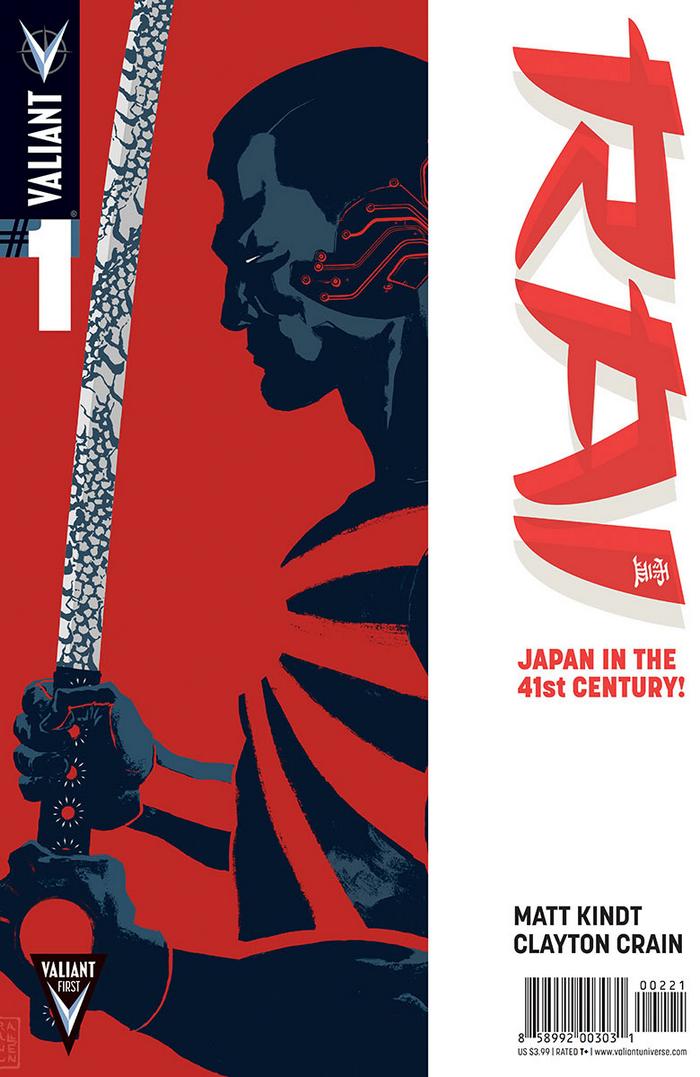 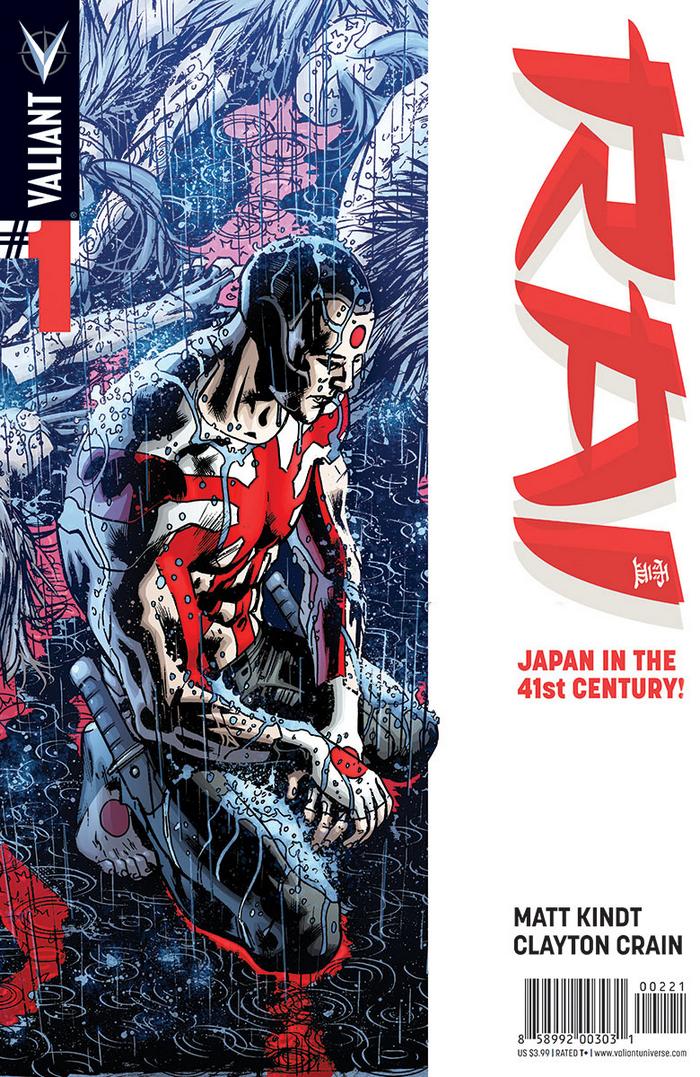 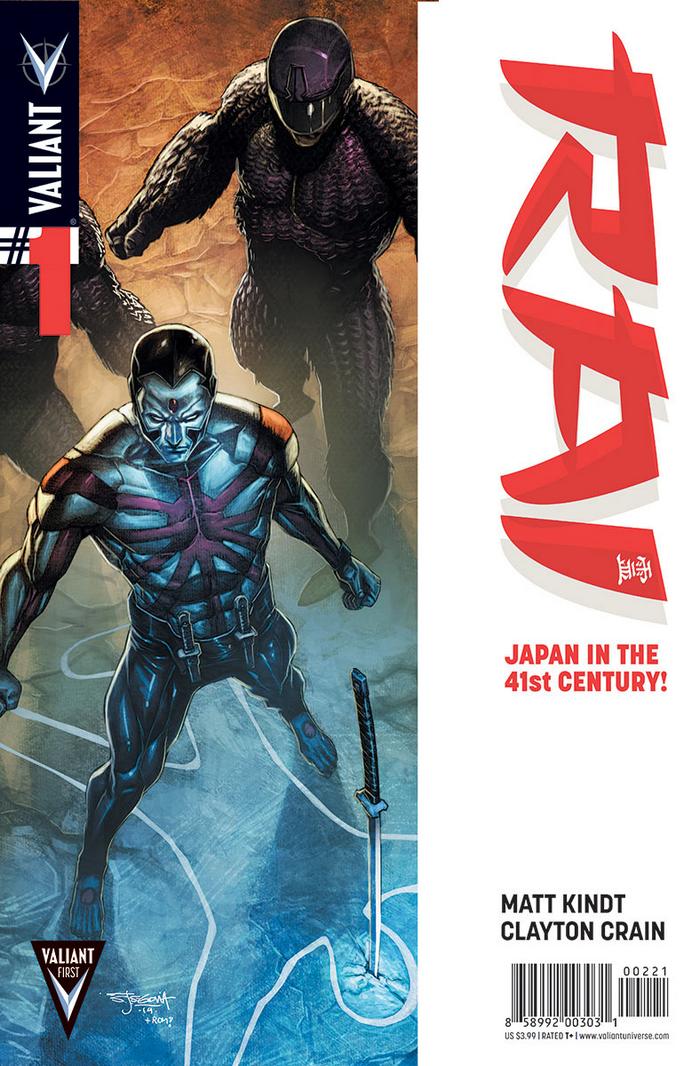 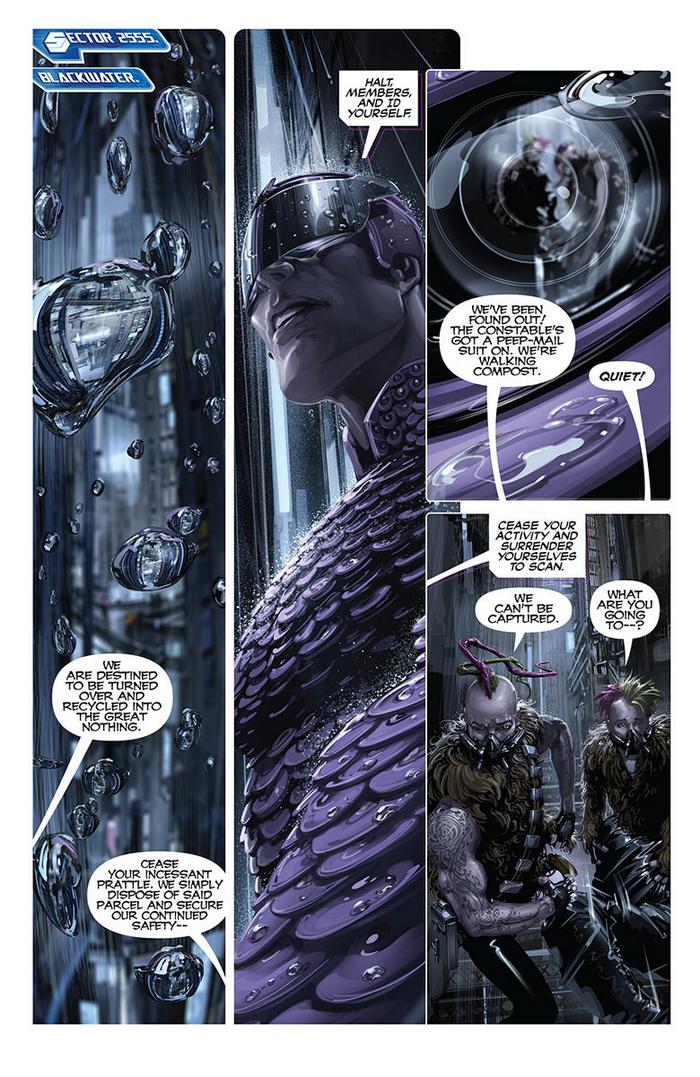 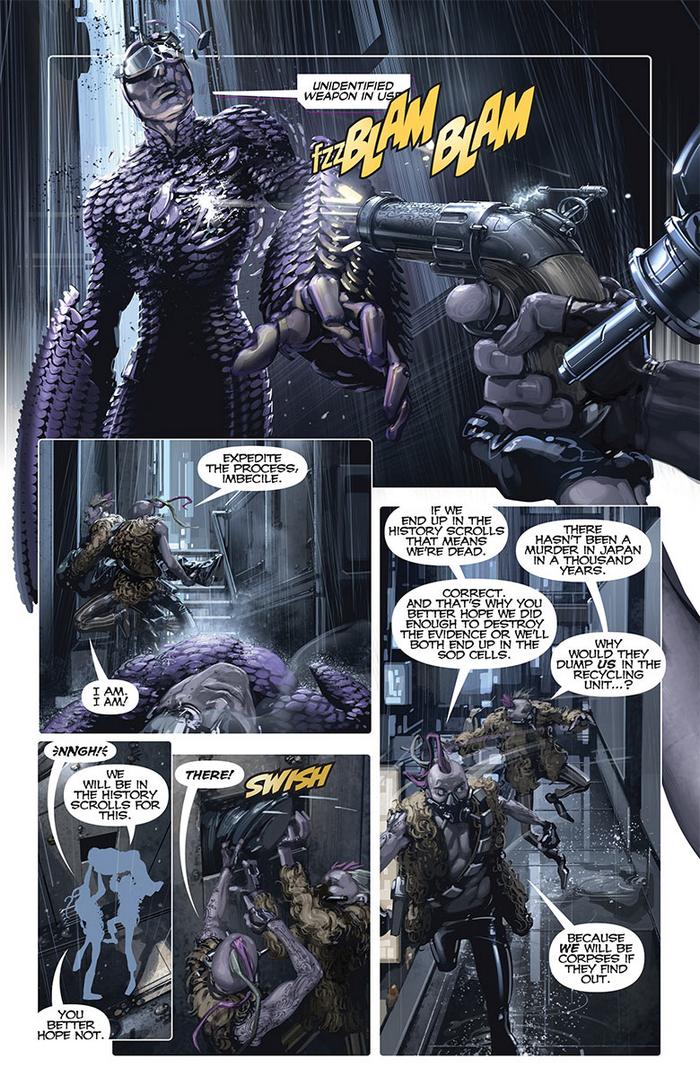 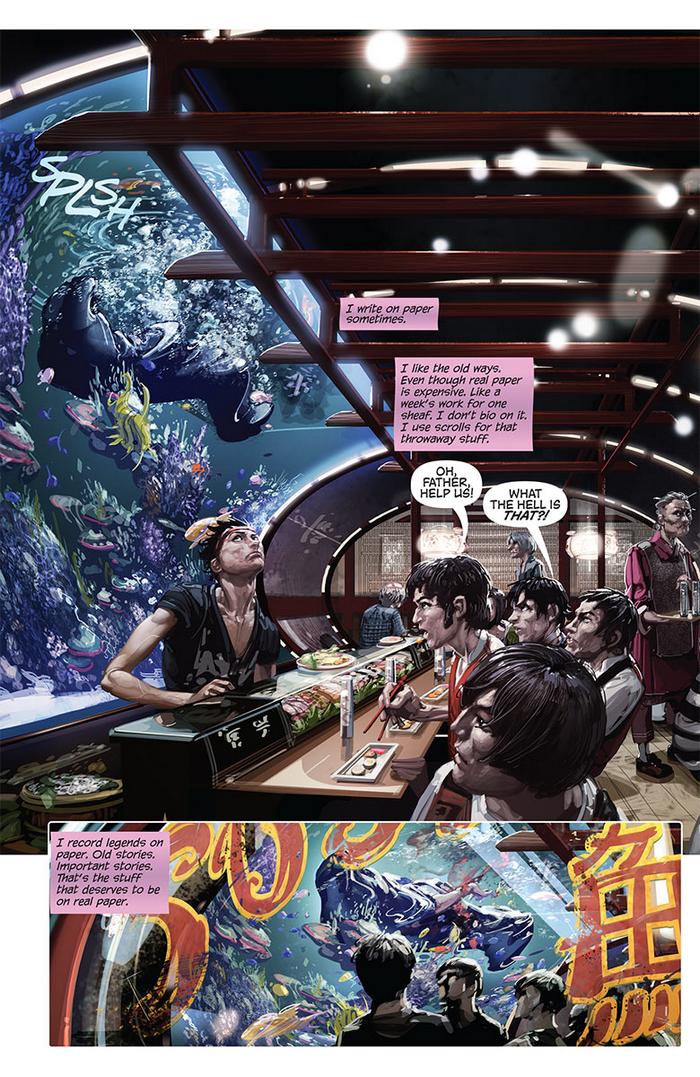 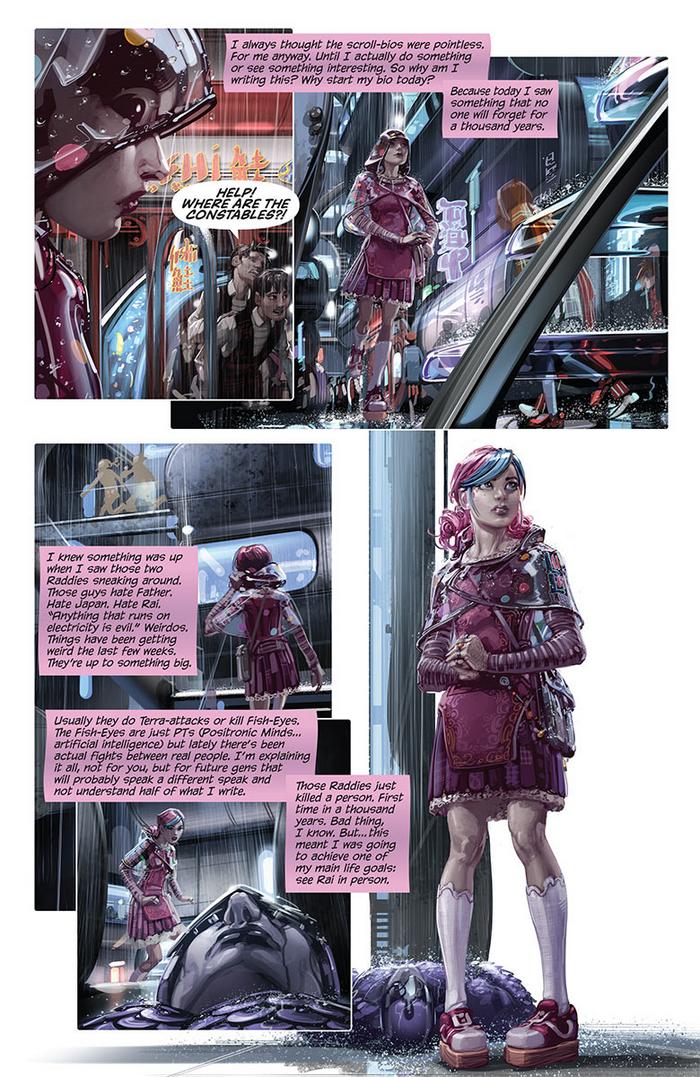 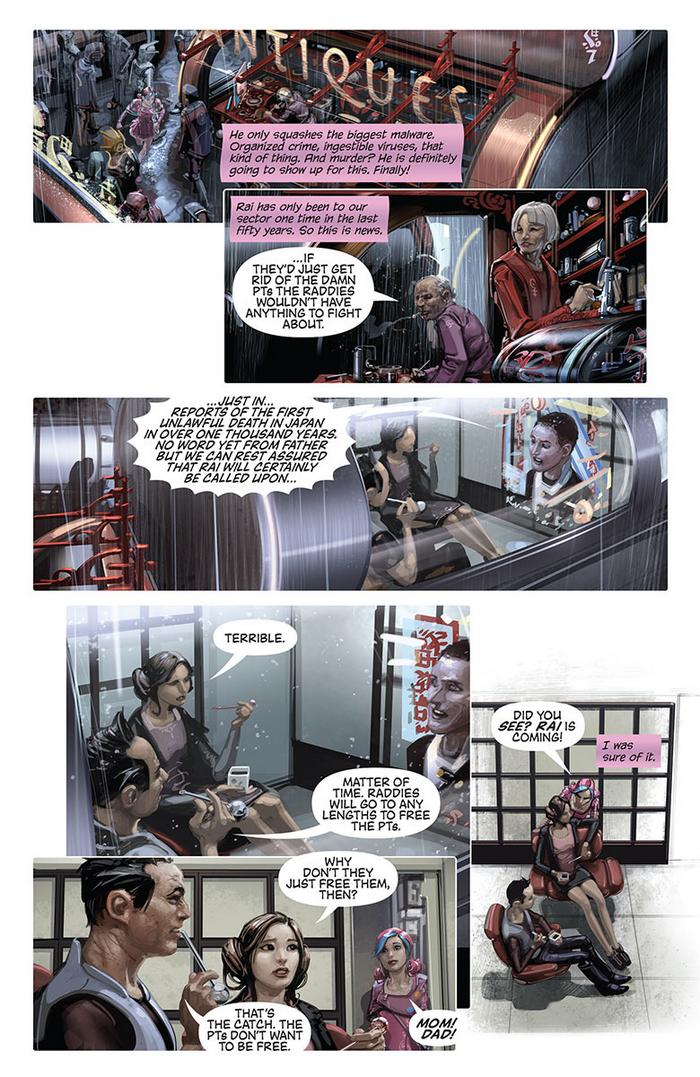 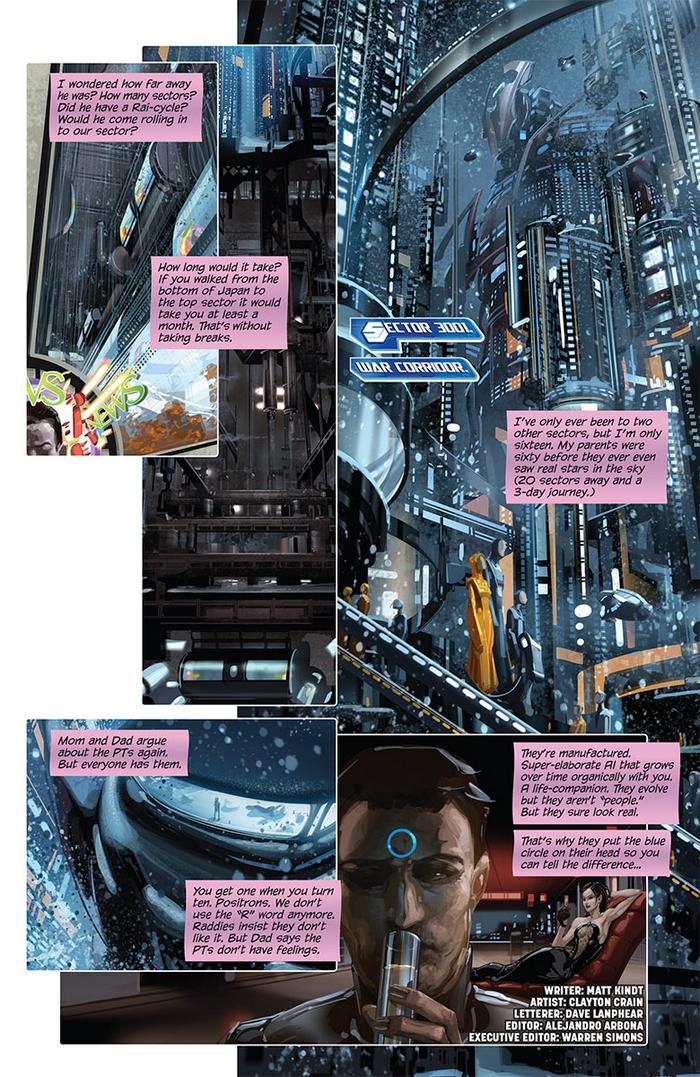 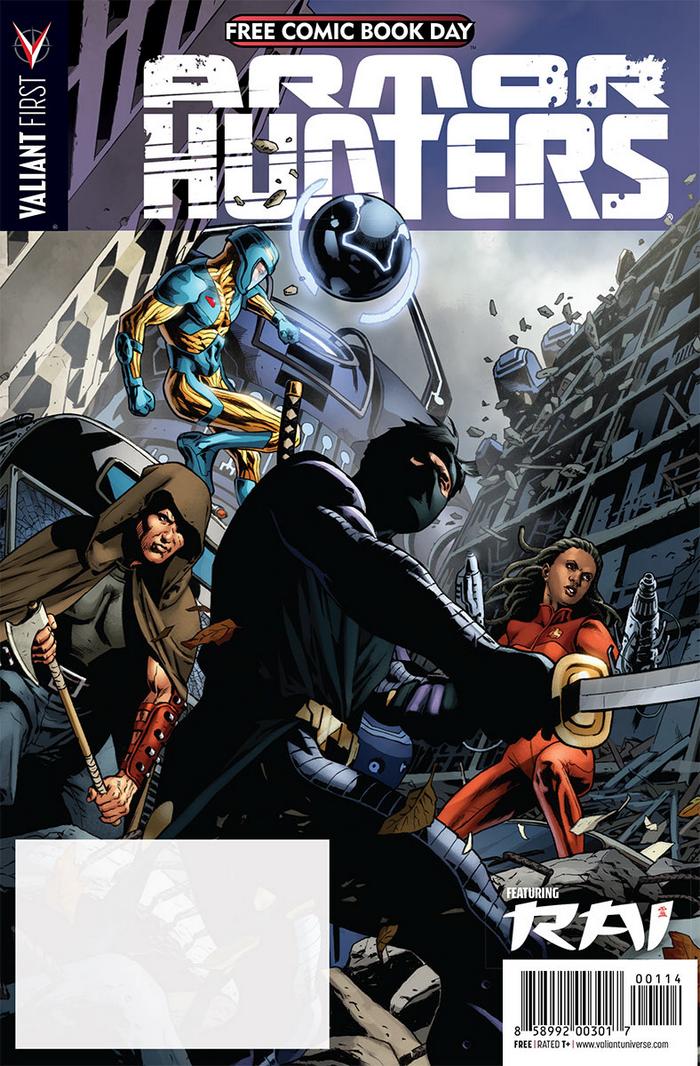 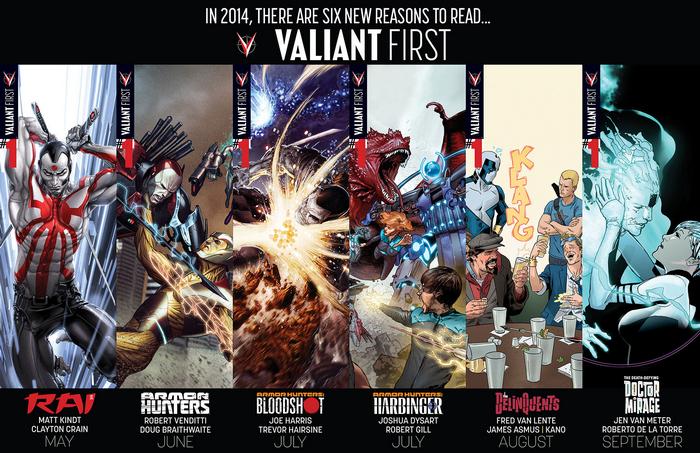