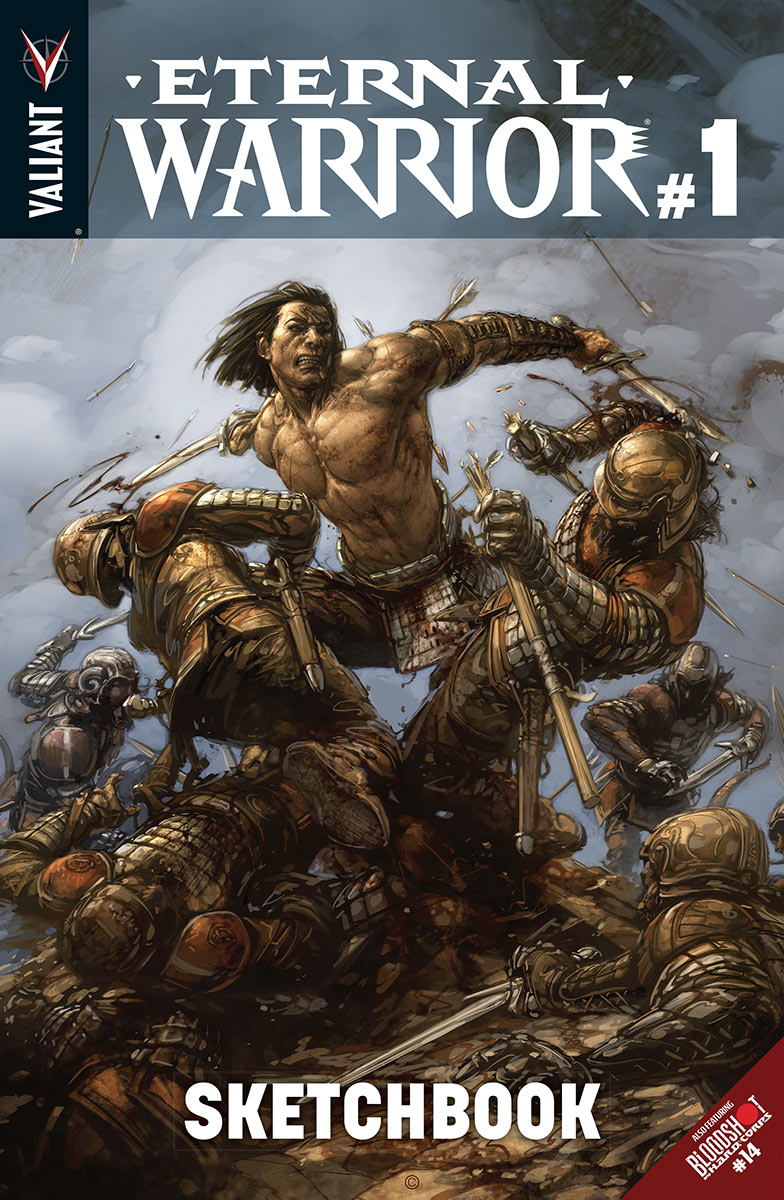 Valiant Entertainment has announced a sketchbook for Eternal Warrior #1 & Bloodshot and H.A.R.D. Corps #14.

The Summer of Valiant is just getting started! Debuting today in a comic shop near you, get an exclusive sneak peek at Valiant’s next two blockbuster releases with the Eternal Warrior #1/Bloodshot and H.A.R.D. Corps #14 Sketchbook – a free, 16-page flipbook featuring a behind-the-scenes look at the stunning artwork of fan favorite artists Trevor Hairsine, Emanuela Lupacchino, and Clayton Crain!

Featuring never-before-seen pencils, inks, and character designs from September’s Eternal Warrior #1 and Bloodshot and H.A.R.D. Corps #14, this exclusive sketchbook is the perfect place to find out what Valiant has on deck for summer and beyond.

First, in the pages of Eternal Warrior #1, join New York Times best-selling author Greg Pak and superstar artist Trevor Hairsine as they launch Valiant’s immortal defender into an all-new ongoing series! For ten millennia, Gilad Anni-Padda has strode the Earth, following war wherever it may rise. But what happens when the Earth’s own sworn Fist and Steel is confronted by an advisary even he never anticipated – his own immortal children?

Then, the summer continues as Bloodshot joins the weaponized men and women of the Harbinger Active Resistance Division for a gasoline-soaked, synapse-snapping suicide run in Bloodshot and H.A.R.D. Corps #14 – the FIRST ISSUE of a brand new beginning from acclaimed writers Christos Gage & Joshua Dysart and rising star Emanuela Lupacchino! With a reluctant leader calling the shots and a new crop of untested rookies manning the frontline, Bloodshot is about to take H.A.R.D. Corps into enemy territory…and every mission will be someone’s last.

The Summer of Valiant roars on this September with two all-new entry points into the most acclaimed universe in comics. Get an advance look at the much anticipated new series everyone will talking about only in the Eternal Warrior #1/Bloodshot and H.A.R.D. Corps #14 Sketchbook – available now in comics shops everywhere!

For more information on Eternal Warrior, Bloodshot, and the rest of the Valiant Universe, visit Valiant on Facebook, on Twitter and at ValiantUniverse.com. 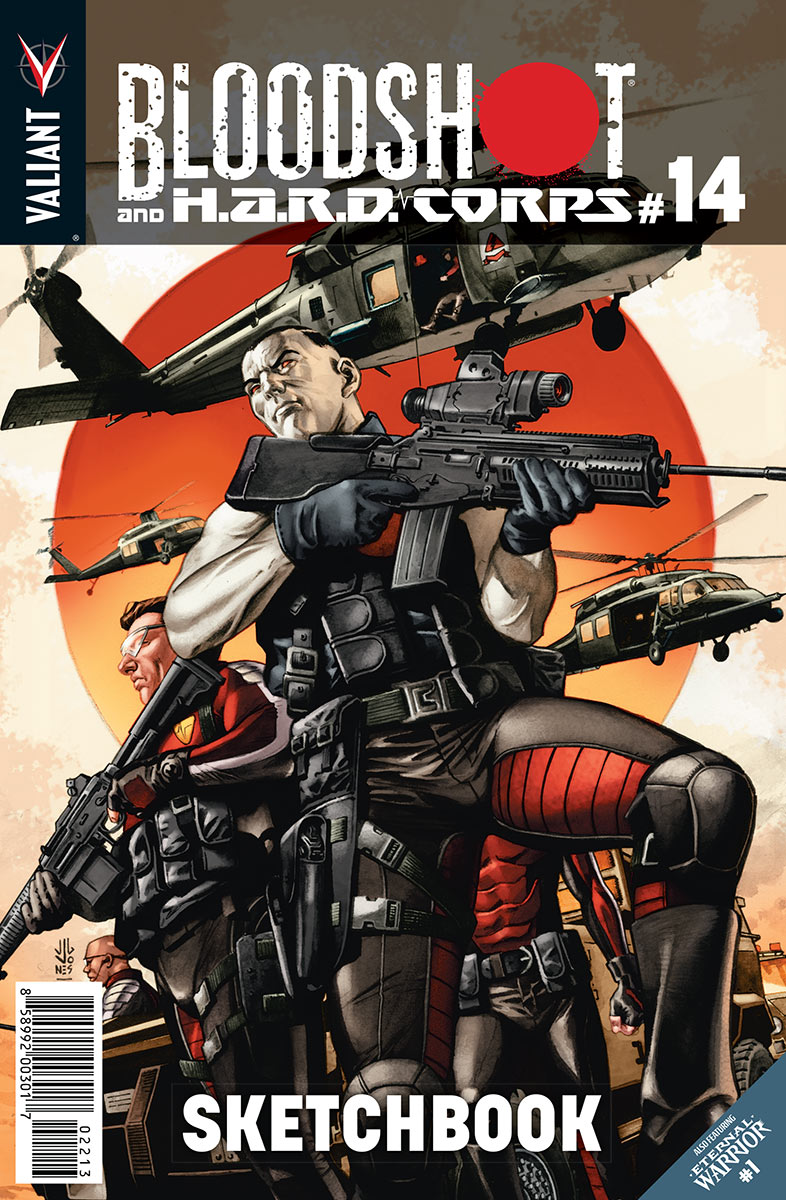 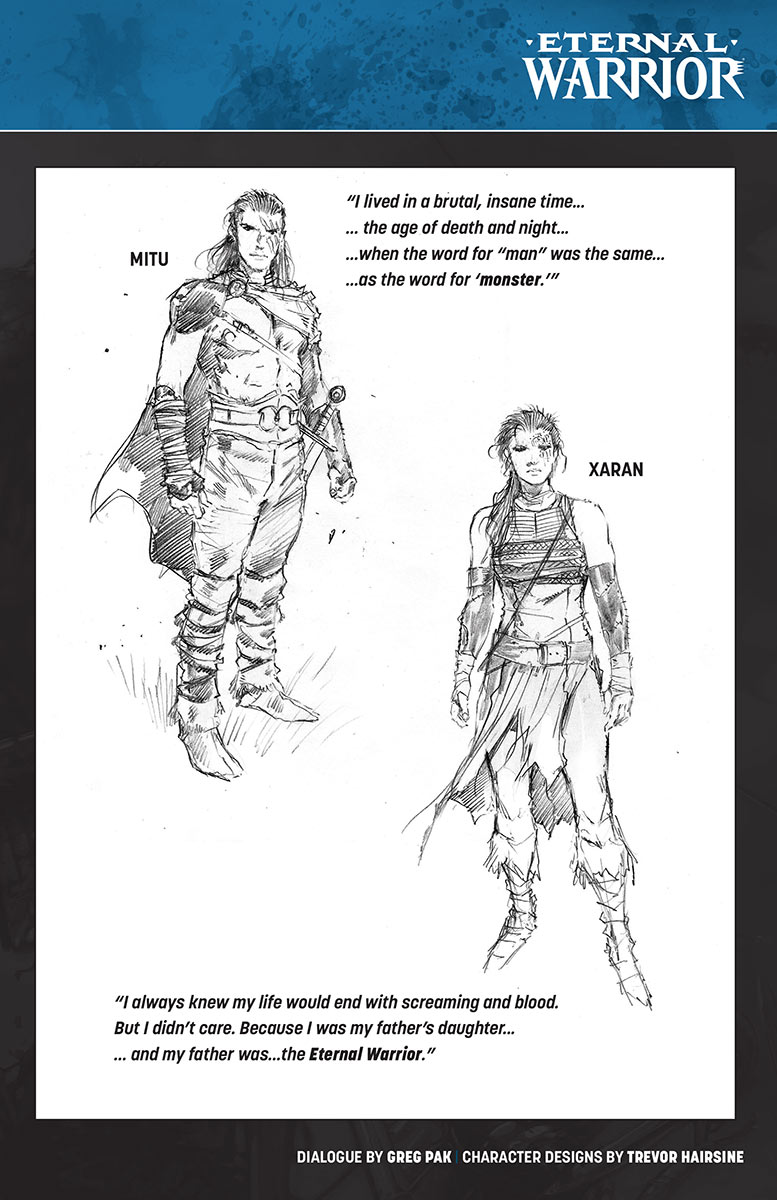 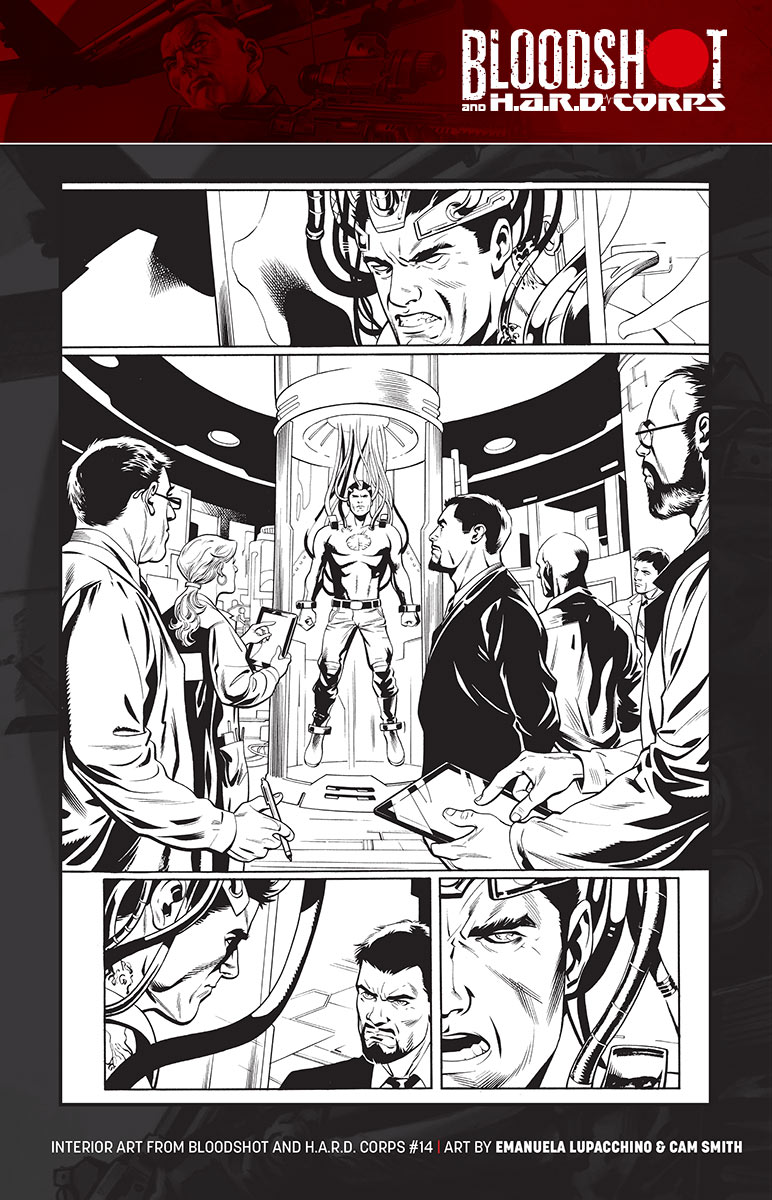