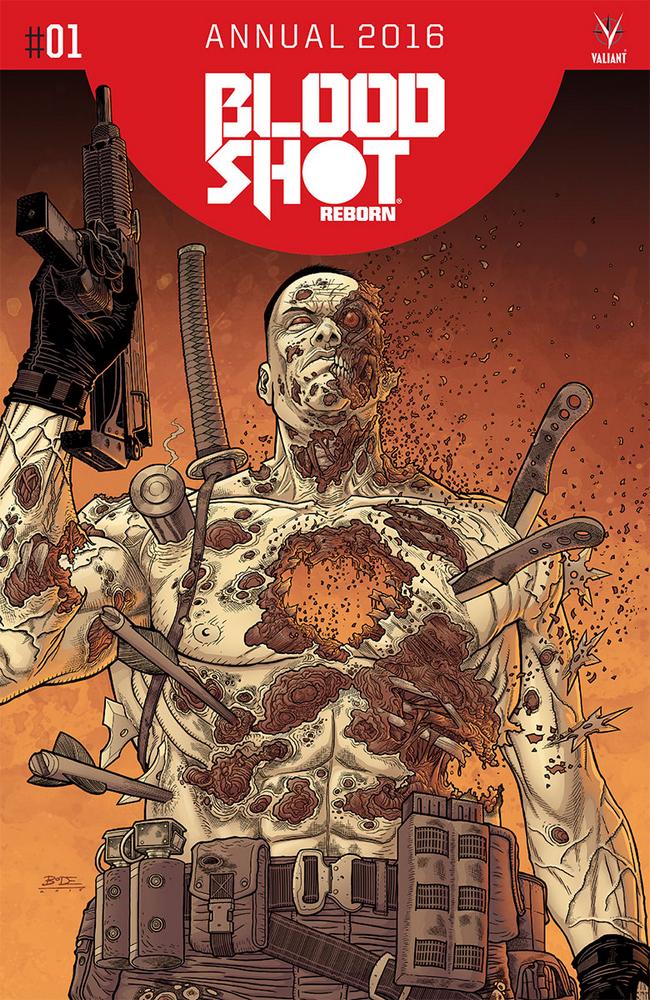 This March, Valiant’s indestructible commando gears up for Valiant’s first-ever annual with an action-packed tour of Bloodshot’s past, present, and future!

First: Terror doesn’t wait for Friday at Camp Silver Lake in an extra-sized tale of summertime mayhem from Jeff Lemire and Kano! A masked menace has stalked this camp for years, but what happens when one unstoppable killing machine comes up against another? Bloodshot is about to bring his bloody brand of justice to the quiet shores of Silver Lake to take on America’s most notorious slasher!

Then: Jeff Lemire presents a very special Bloodsquirt solo adventure, alongside all-new stories from Fawkes, Fiffe & Marra, Maybury, and more! From his classified past to the post-apocalyptic future of “THE ANALOG MAN” and featuring the first glimpses of major milestones coming for Bloodshot in 2016 and beyond, duck and cover when the BLOODSHOT REBORN 2016 ANNUAL #1 reveals 64 pages of never-before-told tales for Valiant’s nanite-enhanced agent of destruction!

Then, “THE ANALOG MAN” returns in April with an all-new chapter in BLOODSHOT REBORN #12! Jump back into the driver’s seat as Jeff Lemire and artist extraordinaire Lewis LaRosa continue their post-apocalyptic thrill-ride with the next installment of the gasoline-soaked storyline that must be seen to be believed – presented in the deluxe VALIANT PRESTIGE format! 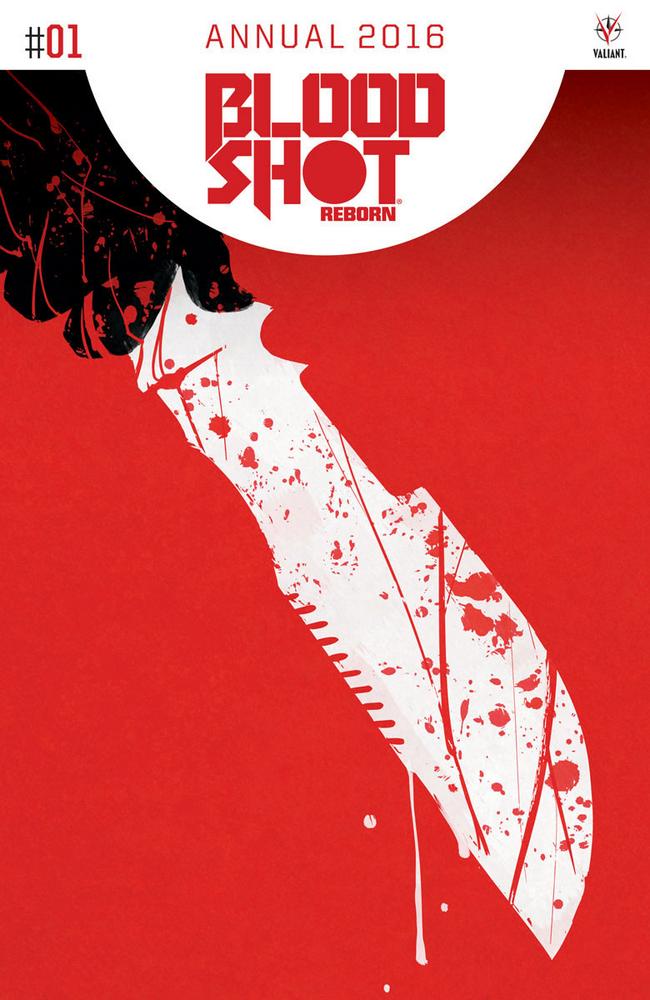