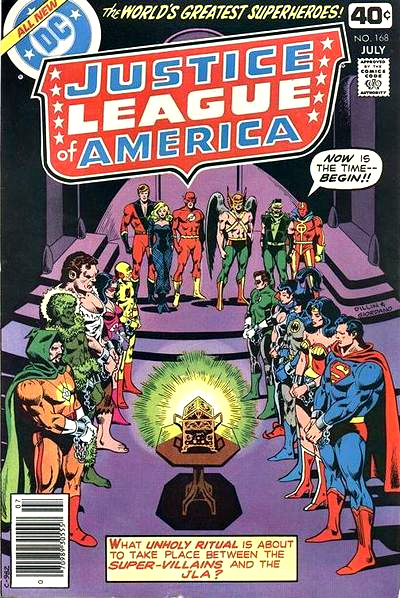 Welcome back to VILLAINS WATCH! As Villains Month is now over for DC Comics, we’ll be taking this column monthly, with a continued look at DC’s Forever Evil mini-series, its spin-offs and effects. This week is a look at the grand history of the Secret Society of Super-Villains, with a special focus on their Bronze Age self-titled series. But first, a little recap: 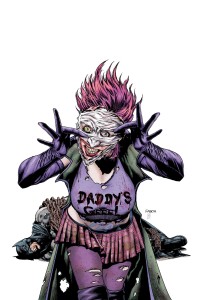 BATMAN: THE DARK KNIGHT #23.4: THE JOKER’S DAUGHTER
“Ann Nocenti absolutely nails the chaotic, maddened personality of the Joker’s spiritual (and facial) progeny… Where Nocenti falls short, unfortunately, is everywhere else in the narrative.”

JUSTICE LEAGUE OF AMERICA #7.4: BLACK ADAM
“Black Adam slams into the DCU with a thunder in one of the strongest issues of Villains Month. Johns, Gates and Salazar throw in one hell of a cliffhanger at the end of the issue and the remainder of Forever Evil has got to be interesting based on what we’ve been given in this issue.”

Interview with Brian Buccellato on FOREVER EVIL: ROGUE’S REBELLION [out this month!]
A History of The Outsider, Leader of the Secret Society
A History of the Crime Syndicate
Full Forever Evil Solicits [UPDATED with December 2013 information] 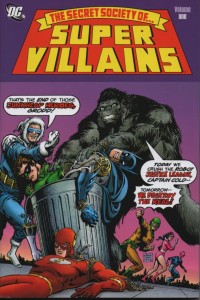 Forever Evil is not the first time DC Comics moved their villains to the forefront of their publishing line. Way back in 1975, the publisher tried its hand at capitalizing on the popularity of their bad guys by launching what might be the very first comic starring a villain: The Joker. And what a villain to start with! A little bit campy, but filled with some classic Bronze Age fun, the Joker’s book proved that you didn’t have to be a good guy to sell on the racks. And with the Clown Prince of Crime featured in his own bimonthly title, it was only a matter of time before DC gave other villains a try, including Kobra, Man-Bat, Secret Origins of Super-Villains, and the grand-daddy of them all — The Secret Society of Super-Villains!

Designed as a dark mirror to the very popular Justice League of America, the Secret Society launched with a very simple premise: what could all of these super-villains accomplish if they simply joined forces like their lifelong antagonists had? Of course there had been super-villain groups before — the Injustice Society of the World faced off against the Justice Society of America, the Monster Society of Evil menaced the Shazam family, even the Justice League had beaten down the Crime Syndicate and Injustice Gang of the World previously. But this time, it seemed as if the very notion of joining forces, meeting in a corporate environment, and having a mysterious benefactor (not to mention the demands of a monthly series), would all combine to make this the greatest super-villain group the earth had ever seen. Pulled together by a figure known as the Manhunter — who in reality was a clone of the super-hero Paul Kirk and shared his altruistic leanings — the Secret Society would begin its existence with a fair mix of the Justice League’s fearsome foes, including: 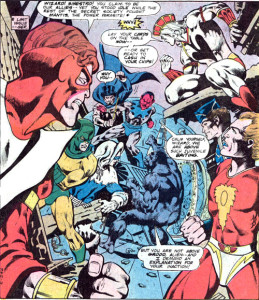 The reality is, the Manhunter was playing a dangerous game of chess against two sides, pulling together these super-villains ostensibly for the benefit of their mysterious financier — the dark god known as Darkseid. No longer satisfied with using his connections with Intergang to terrorize the planet Earth and its heroes, Darkseid wanted a team of super-villains to do his bidding as he had parademons and lackeys to carry out his words on his home planet of Apokalips. What Darkseid didn’t realize was that the Manhunter had other plans, and set the Secret Society up to combat the danger of the dark god, thereby making them unwittingly heroes of a sort. Joined by Captain Comet, a super-hero who had long ago left earth for the stars and only just returned — and who also agreed to work undercover — Manhunter succeeded in repelling Darkseid, but couldn’t maintain control over the super-villains for very long.

Taking up the mantle, Captain Comet, as well as other heroes such as Kid Flash and the Creeper, took it upon himself to hunt down the Society he had helped succeed and prosper, until such as day as the roster would change once again. The public relations scam artist Funky Flashman (don’t you just love those Bronze Age names?) reconvened the Secret Society, again with funding and a sense of purpose, as new members joined together to defeat the Justice League in their inaugural adventure. These new villains included:

It was soon revealed that the Wizard was the newest mysterious benefactor behind Flashman’s bounty, and he quickly took control after months of scheming to get just to this very place. Captain Comet would continue to pursue this new accumulation of rogues, following them all the way to Earth 3 for a battle with the Crime Syndicate. Ultimately, however, the Society’s greatest moment would come in successfully switching minds with the Justice League in order to discover their real identities and access all their secrets. The great switcheroo was ultimately undone, and the villains’ minds wiped of what they’d learned, but the damage had been done. The Justice League would feel the repercussions of this particular attack for years, as the team would slowly splinter, disband, and go their separate ways — only to come back together for an Identity Crisis of sorts as the mind-wipes became public knowledge and the heroes would be looked on as villains themselves.

In the meantime, another group would briefly convene to battle the combined forces of the Justice League of America and the Justice Society of America during one of their annual conferences, this time a true amalgamation of two worlds of villainy, including:

Led by the Ultra-Humanite, the Secret Society would attempt to rid Earth 2 of all heroes, leaving a world (ironically, not unlike Earth 3) where they could dominate unopposed. Their mission was ultimately a failure, and that would be the last of their attempts to join forces for quite some time. 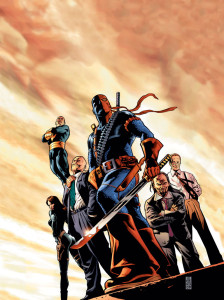 In the wake of revelations about the Justice League’s actions with the Secret Society — the mind-wipes they perpetrated to protect their secrets — the world darkened for heroes and became ripe again for the resurgence of the Secret Society. Now led and recruited by a central council, the Society would take its direction from key leaders in the villain community, each of whom again had a bone to pick with a member of the Justice League:

Alexander Luthor was, in fact, a refugee from the now retroactively destroyed Earth 3, a world of villains where his father was the only hero. The destruction of his world among many, and years spent in limbo, twisted Alexander’s mind and left him willing to orchestrate the worst day the super-heroes of the DC Universe would ever face. One aspect of this plan was the reformation of the Society, but of course he would not go unopposed. The real Lex Luthor worked undercover to form a resistance group among the villains known as the Secret Six, who would refuse the Society’s offer and, like Captain Comet and the Manhunter years before, work to undermine their benefactor’s true mission.

In the wake of the formation of the Justice League, coinciding with the arrival of The Outsider from Earth 3, the Secret Society once again rears its ugly head — this time to serve the whims of the Crime Syndicate themselves. With the heroes all but gone and villains running rampant over a darkened earth, the Secret Society can once again assert themselves. The real question, though, is how long can they go unopposed? With Luthor forming his own team of villains once again, chances are we will be seeing the tides turn soon enough.

What do you want to see more of? Have a question about villains? Sound off below!