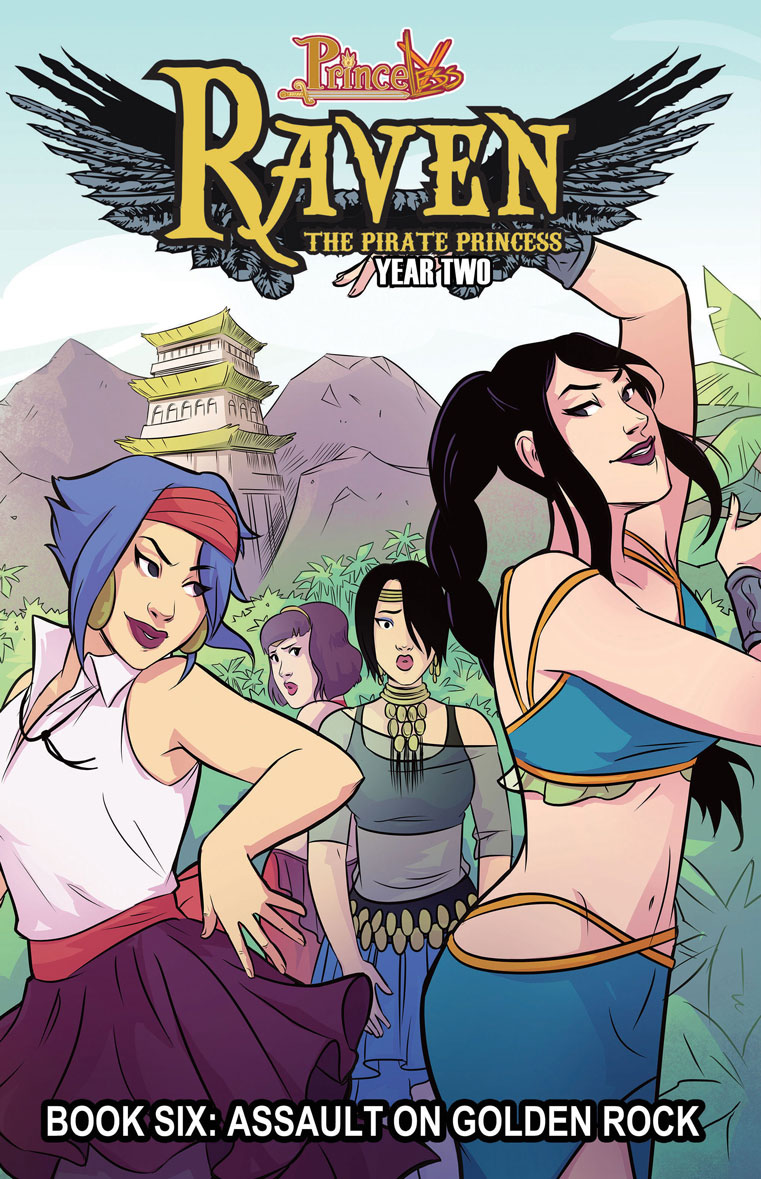 The spin-off of the award-winning series PRINCELESS, Jeremy Whitley’s (SEA OF THIEVES, THE UNSTOPPABLE WASP) pirate adventure filled with action and romance returns with a stunning conclusion to the second year of Raven’s journey on the high seas.

Raven, previously locked up in a tower thanks to her brothers, is finally close to getting her revenge on the first of her traitorous family, her brother Magpie. She finds the perfect opportunity when Magpie throws a huge party for every pirate in his fleet. As Raven’s crew sneak onto the island, will their plan spell disaster for everyone involved? There are dancers, explosions, romance and more in this action-packed volume of RAVEN THE PIRATE PRINCESS!

Jeremy Whitley comments: “This is the biggest moment of the series so far. Raven is finally coming face to face with her brother Magpie and this conflict won’t be over until one of them loses everything.”

AfterEllen calls Raven “the YA lesbian heroine we’ve been waiting for” and Spartantown adds about Raven and the rest of her crew: “If you’re looking for a great story to get lost in with a diverse group of smart characters then ‘Raven the Pirate Princess’ is the one for you.” So if you want to experience this wonderfully diverse cast of characters, grab preorder RAVEN: THE PIRATE PRINCESS BOOK 6 with the Diamond item code SEP181362. Or grab it in a comic book store near you on November 28, 2018. 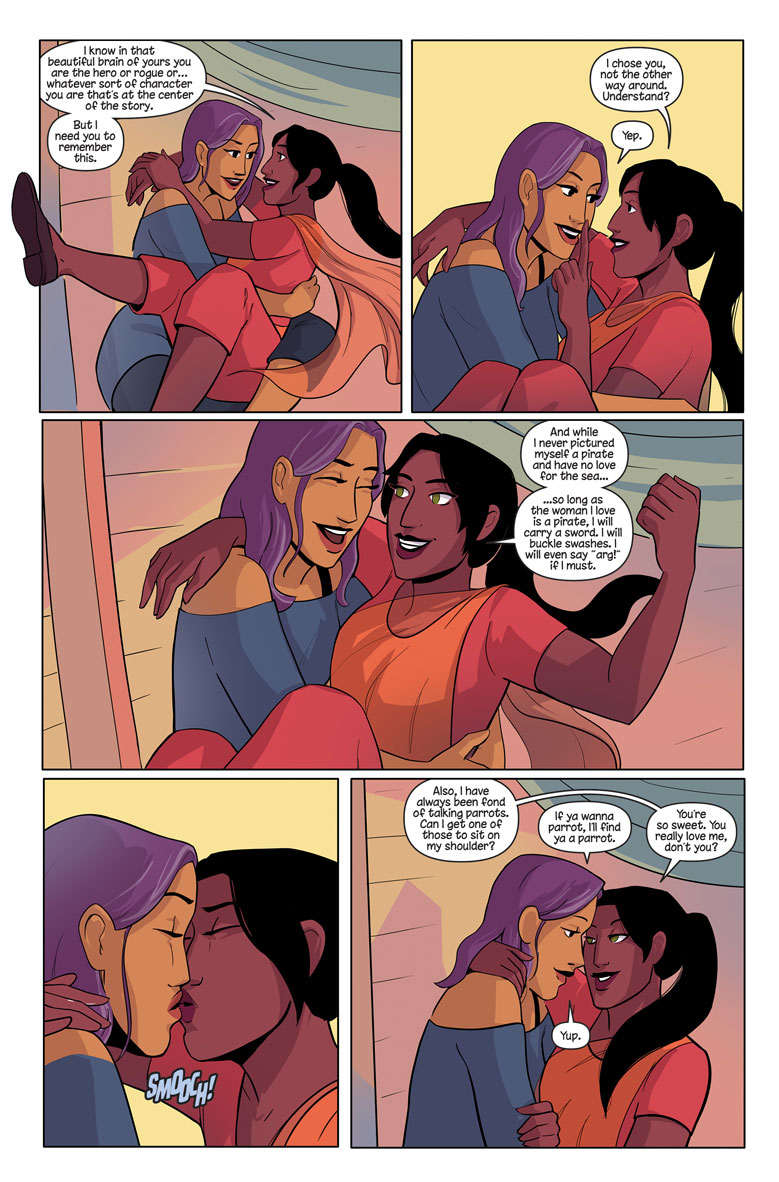 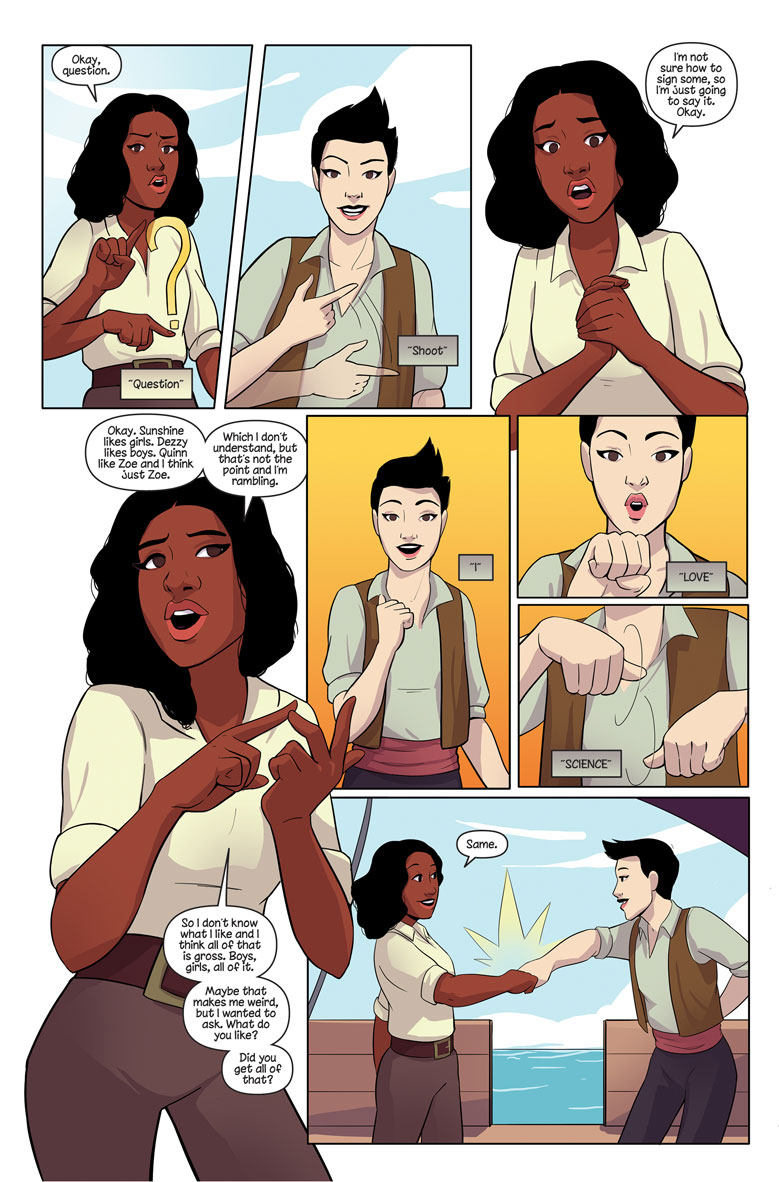 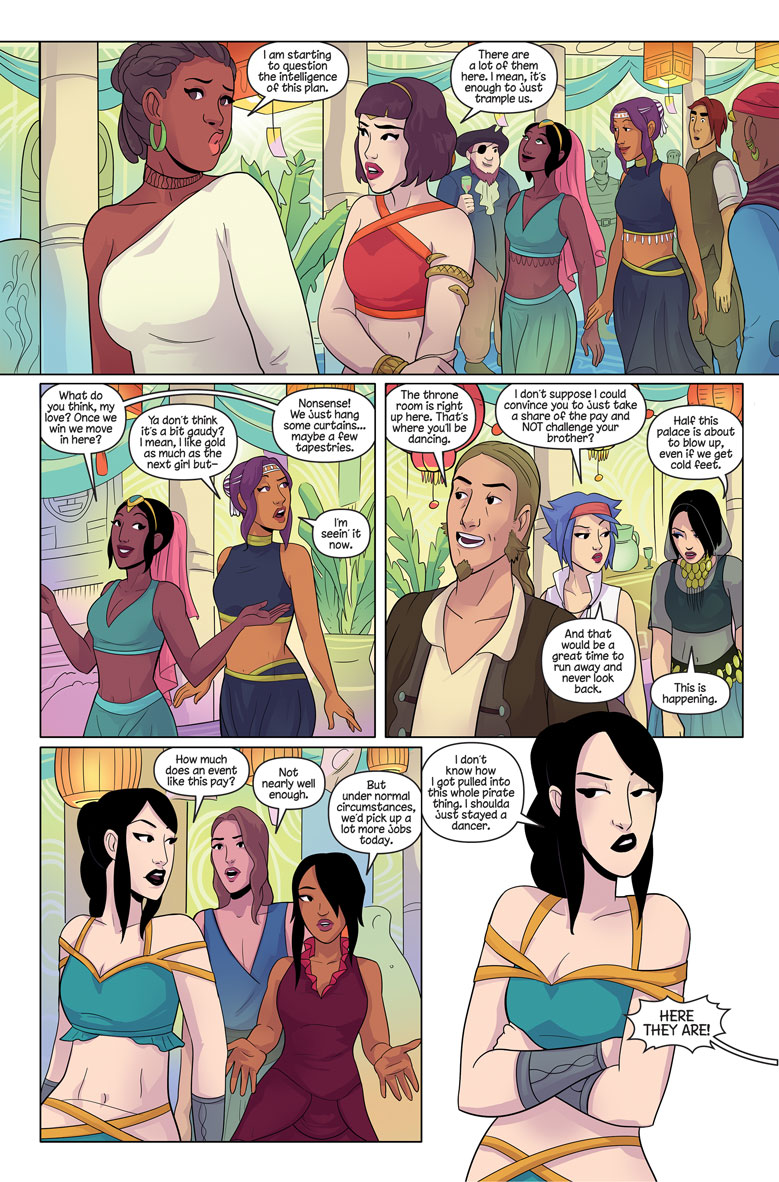 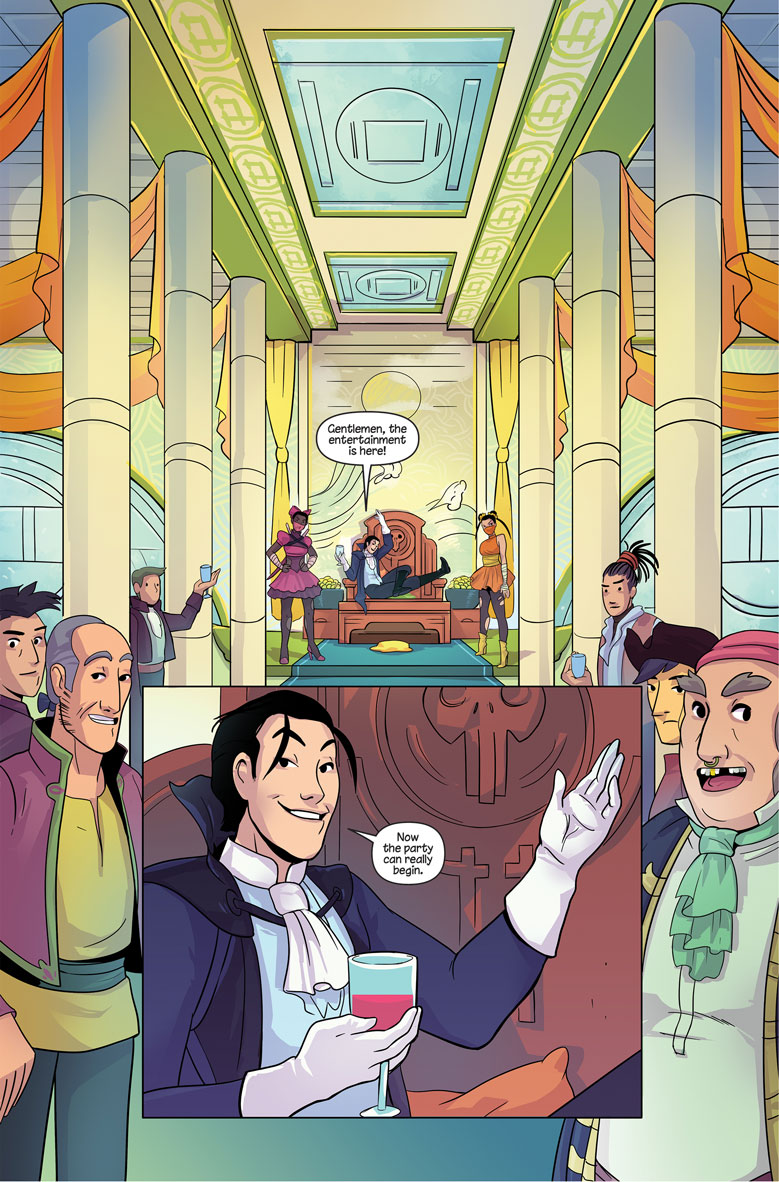